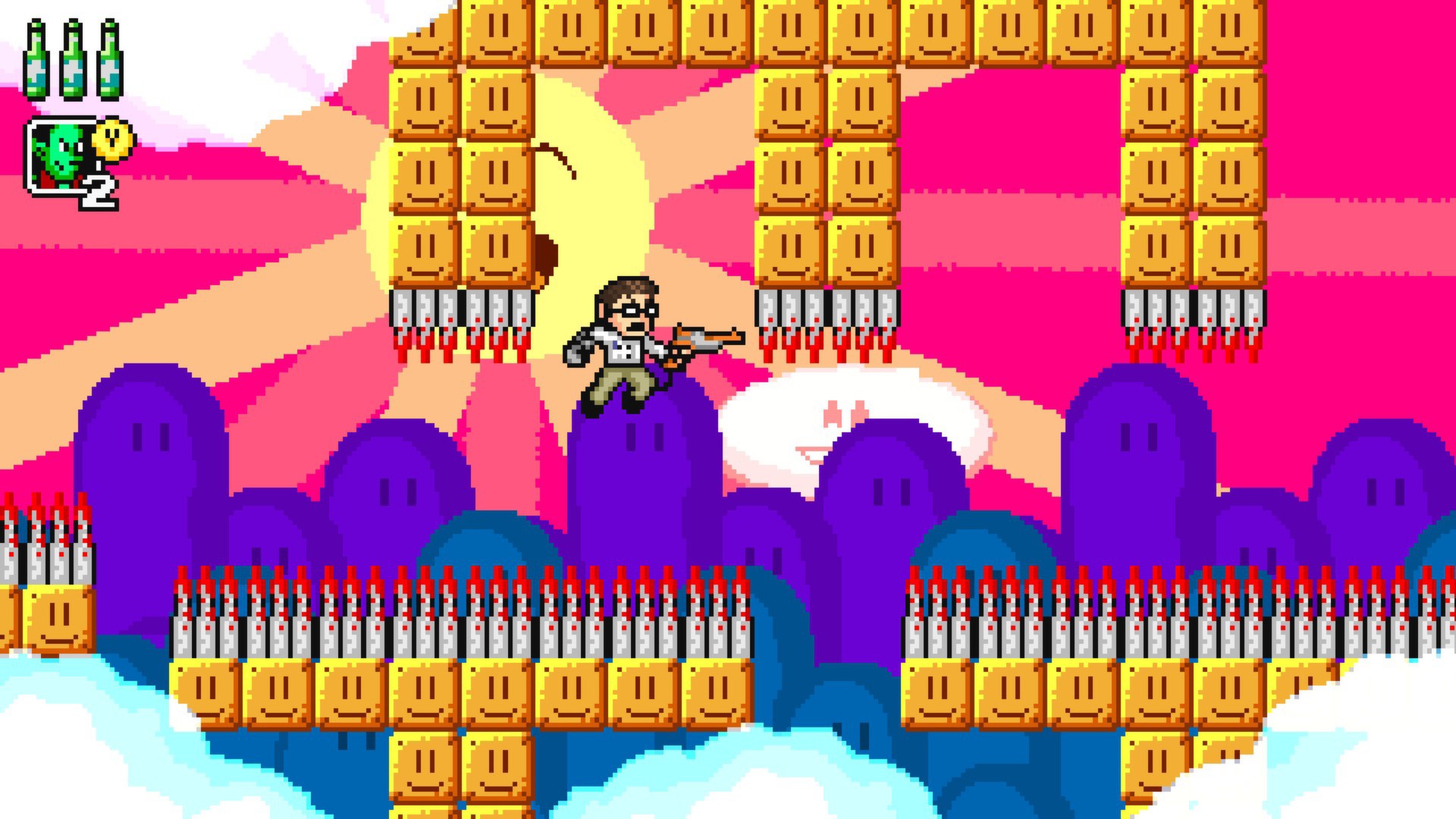 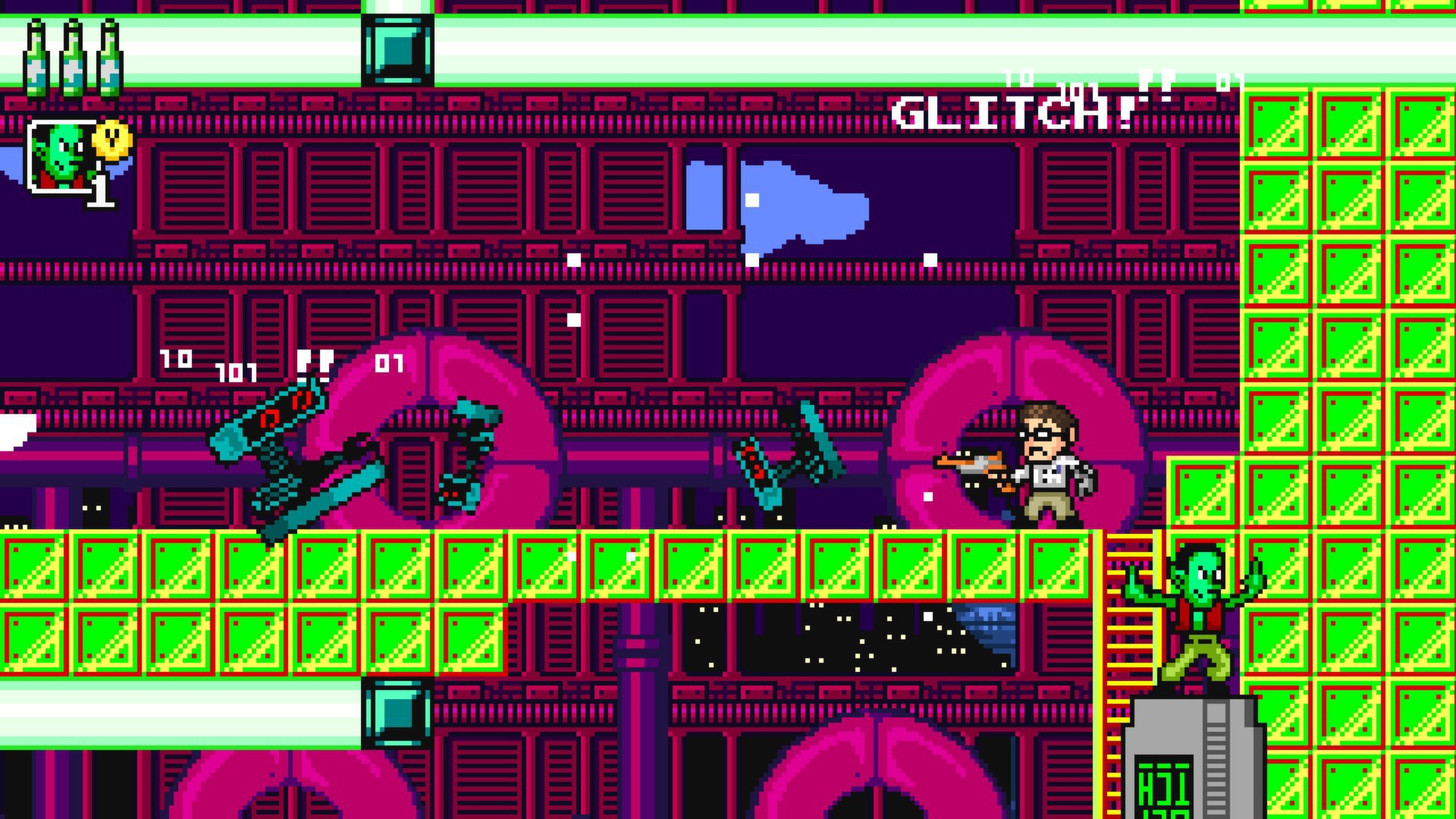 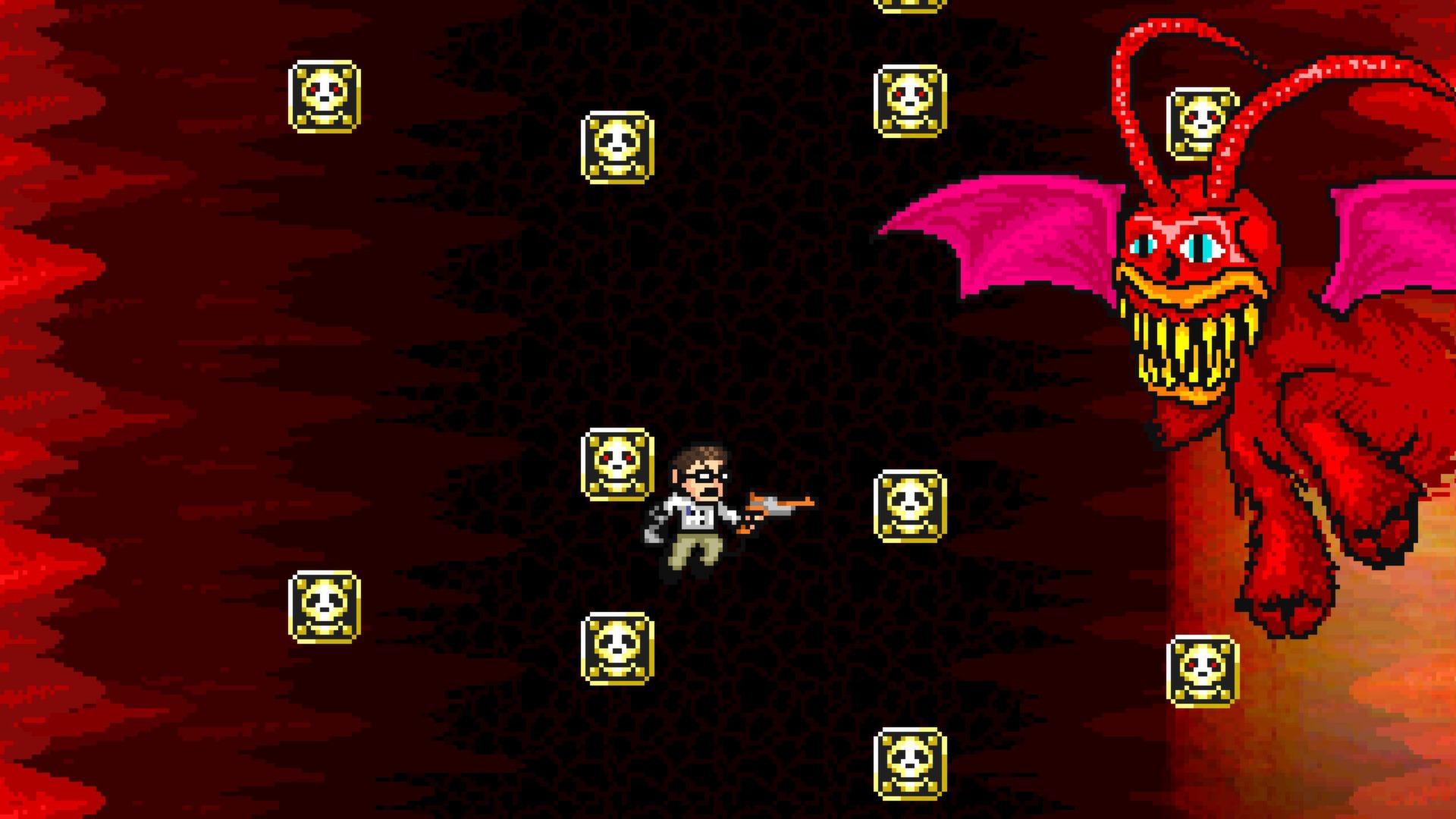 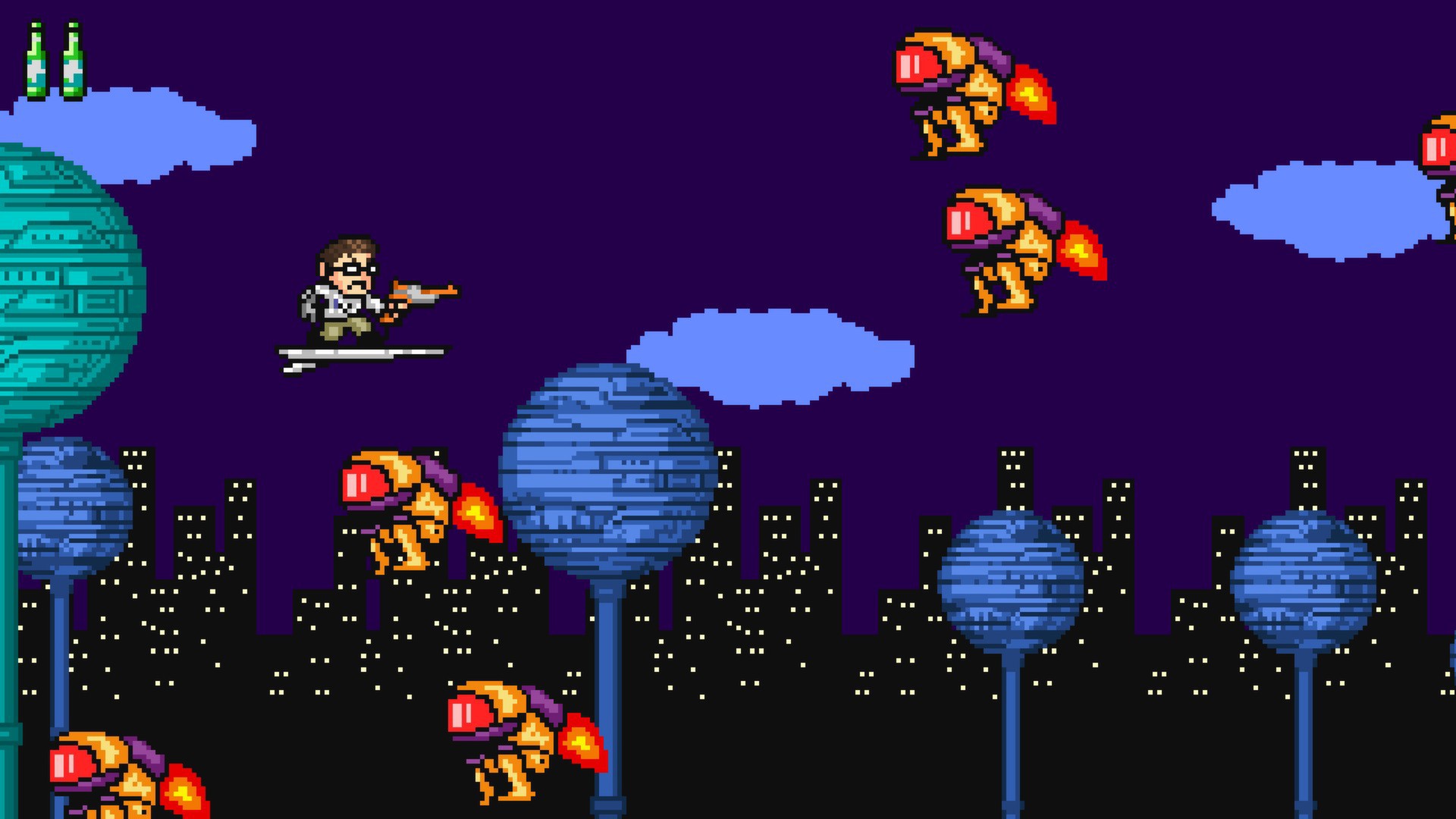 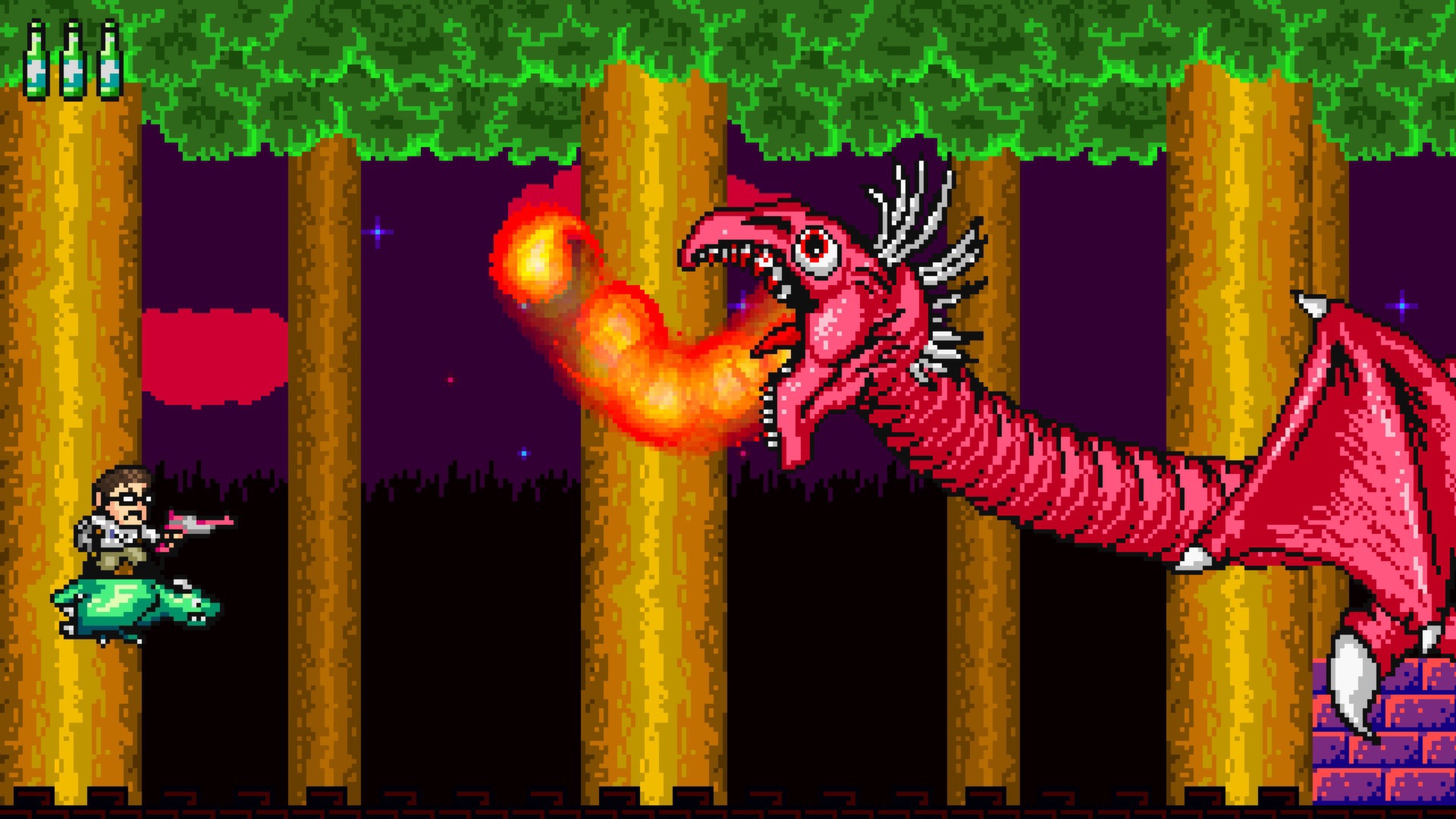 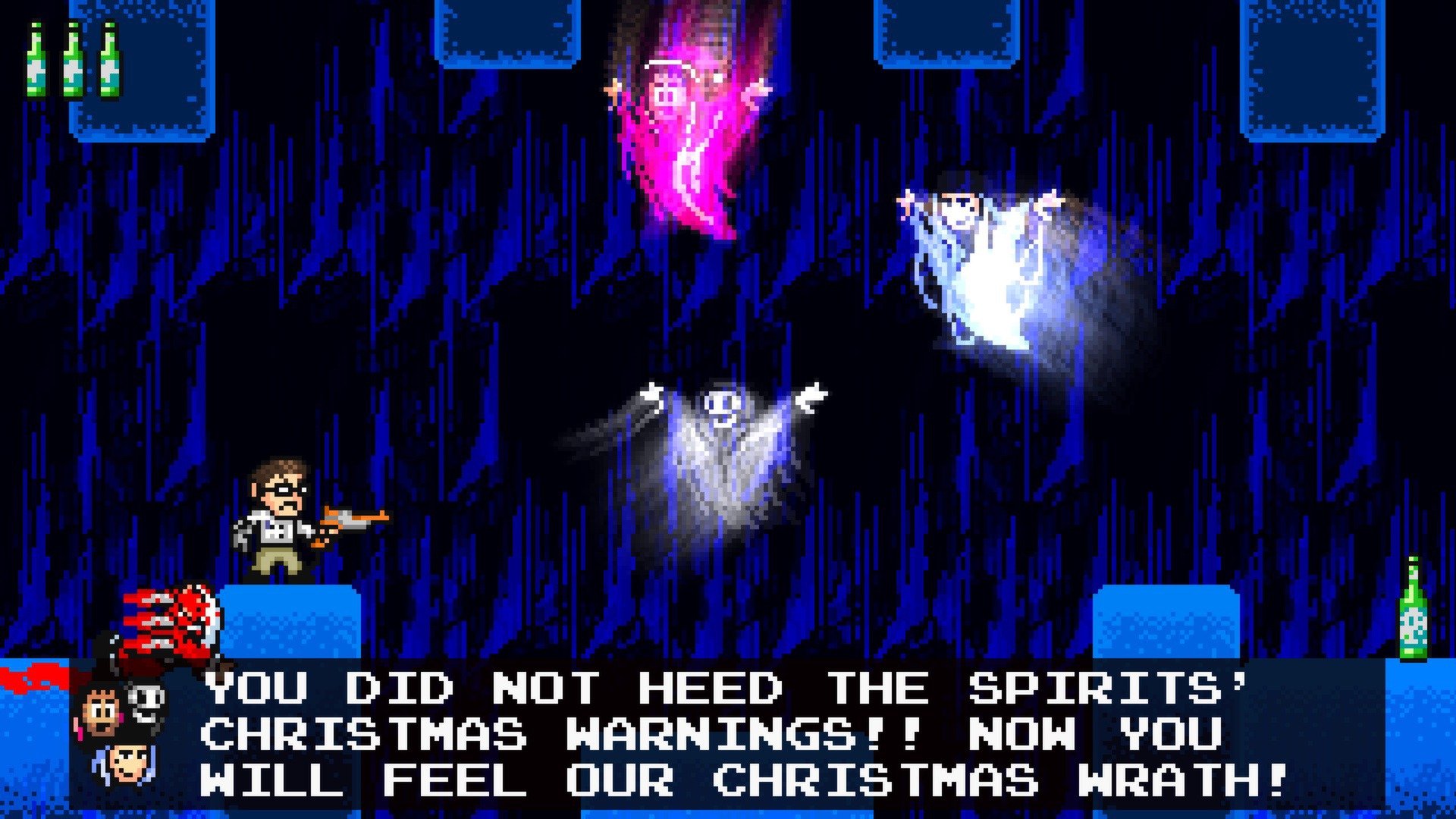 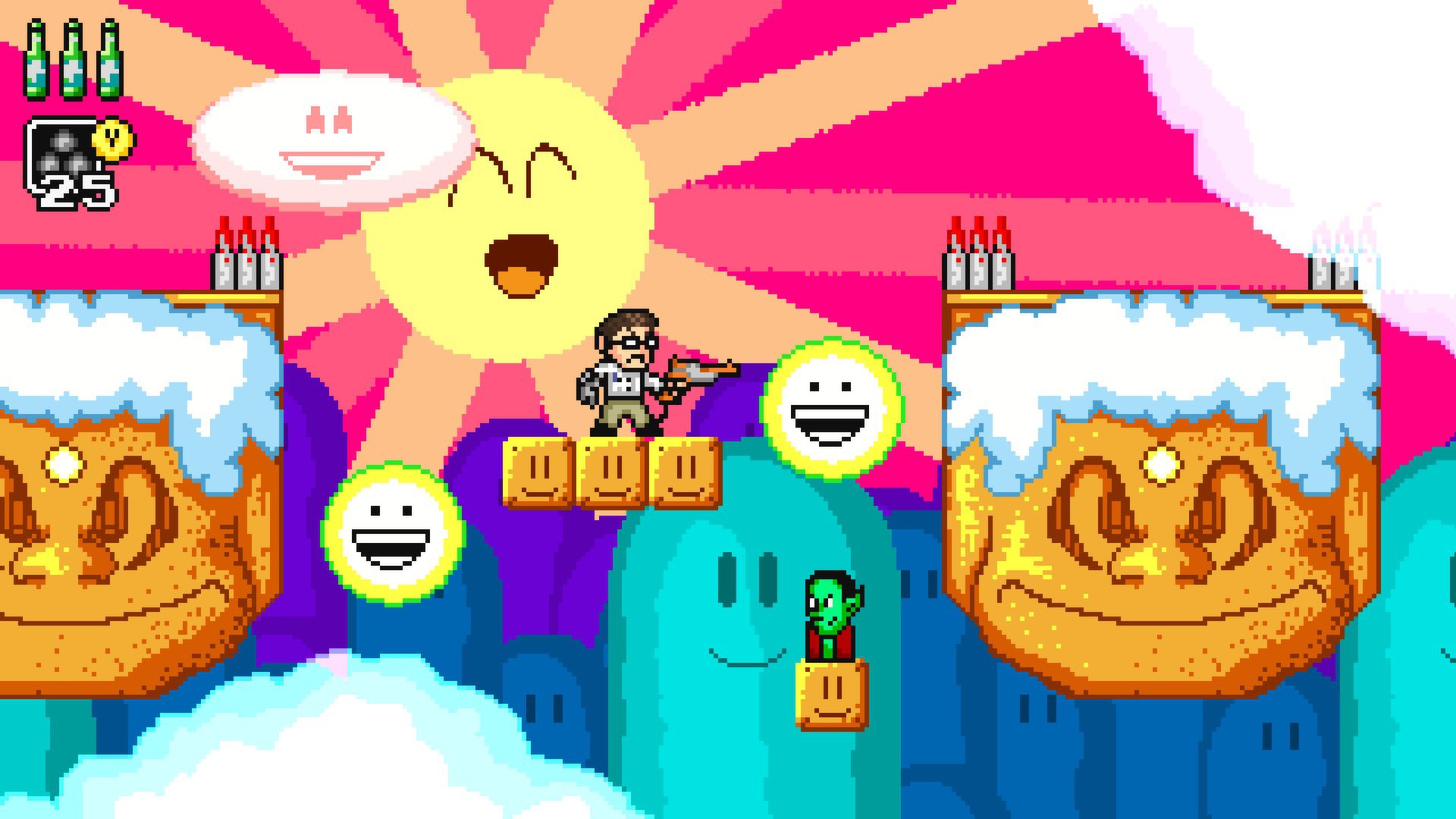 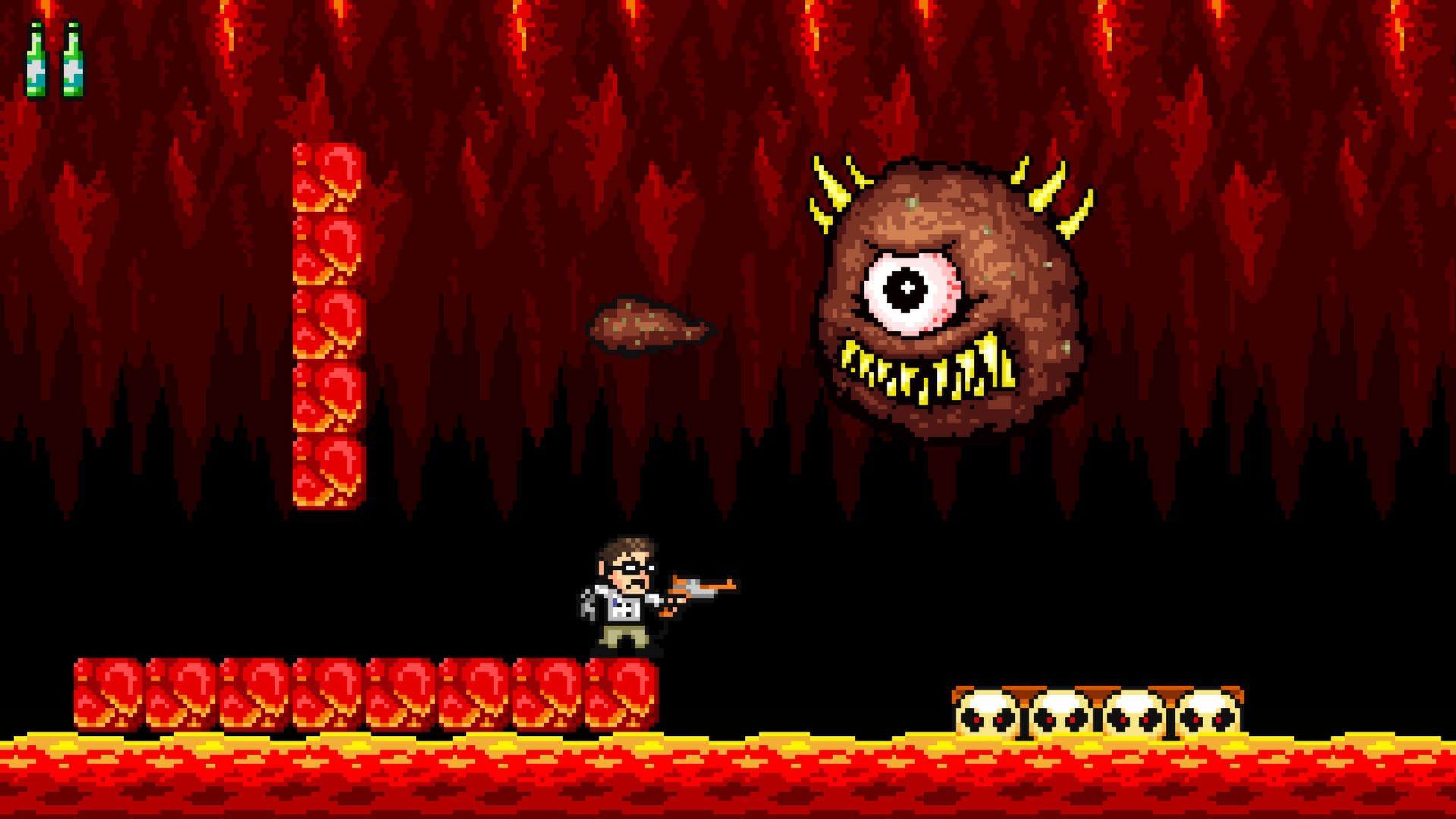 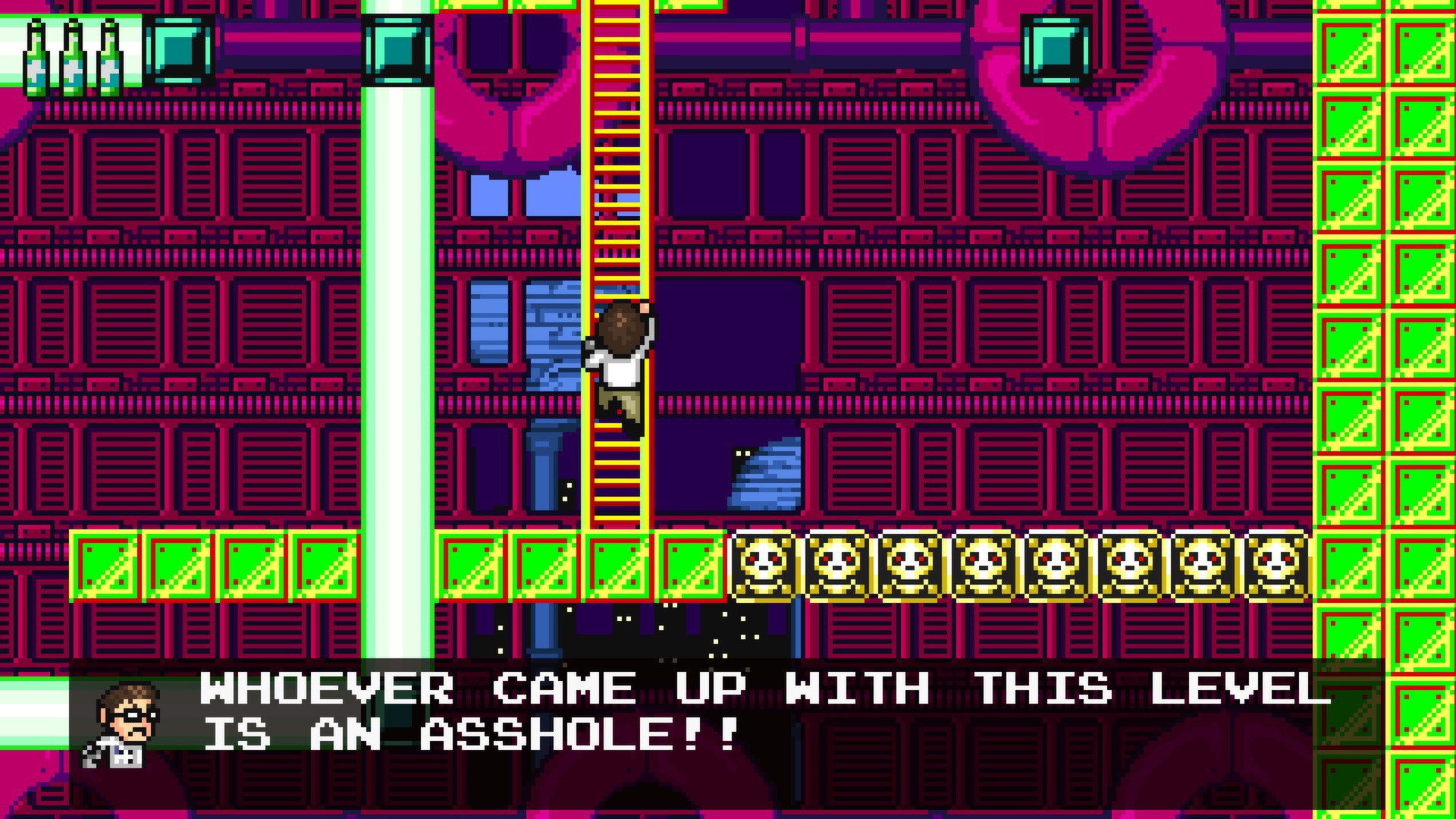 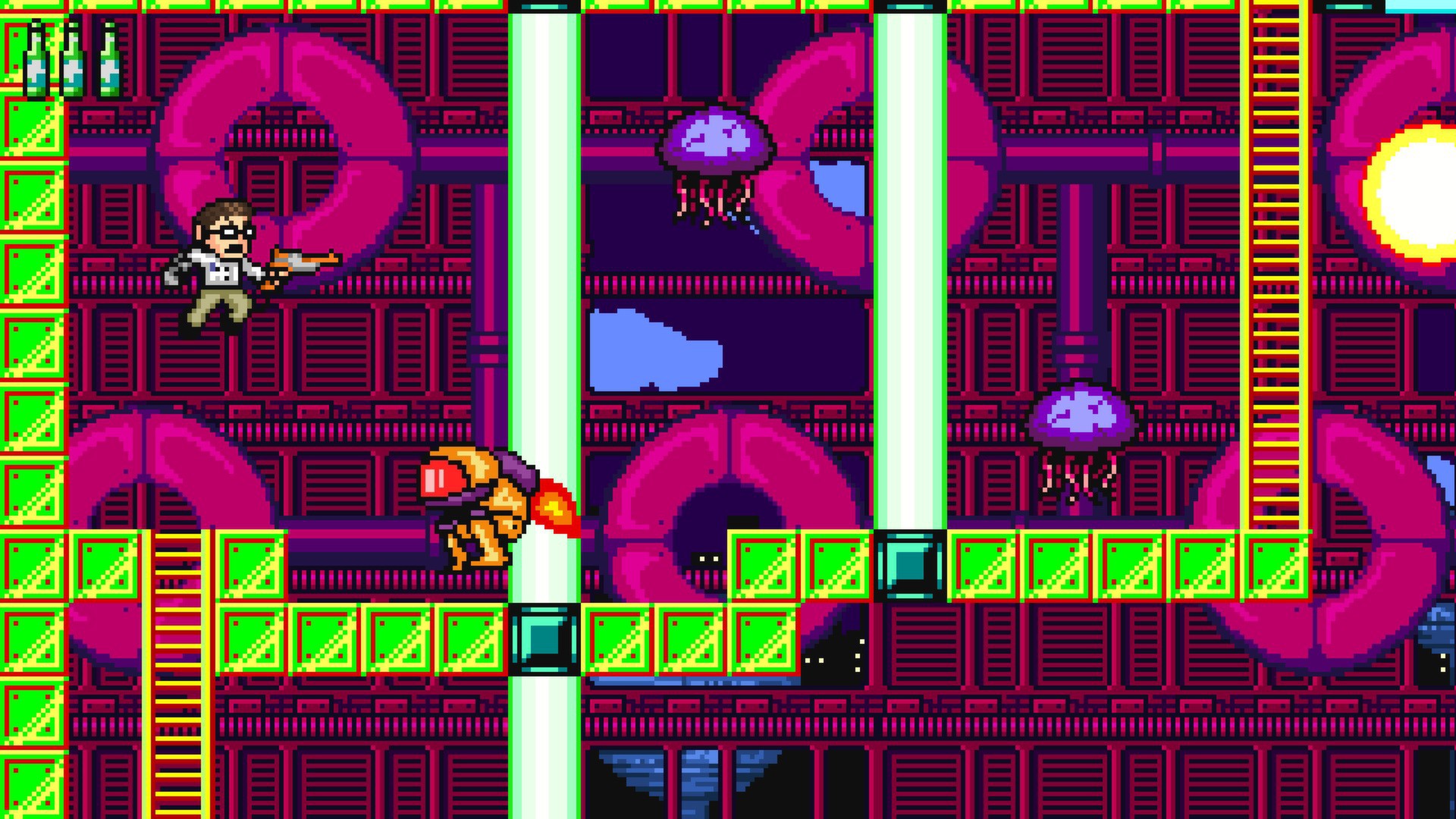 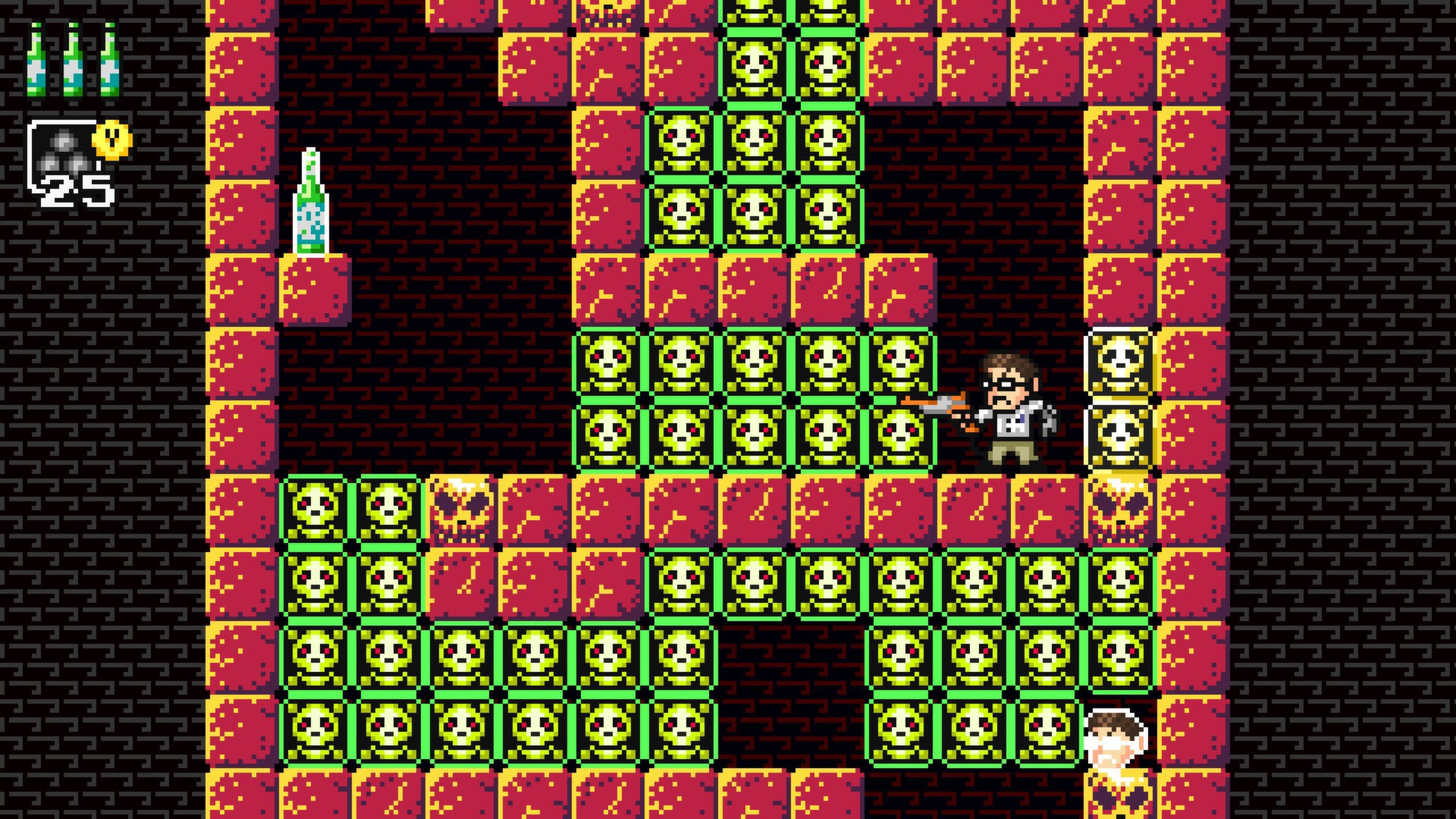 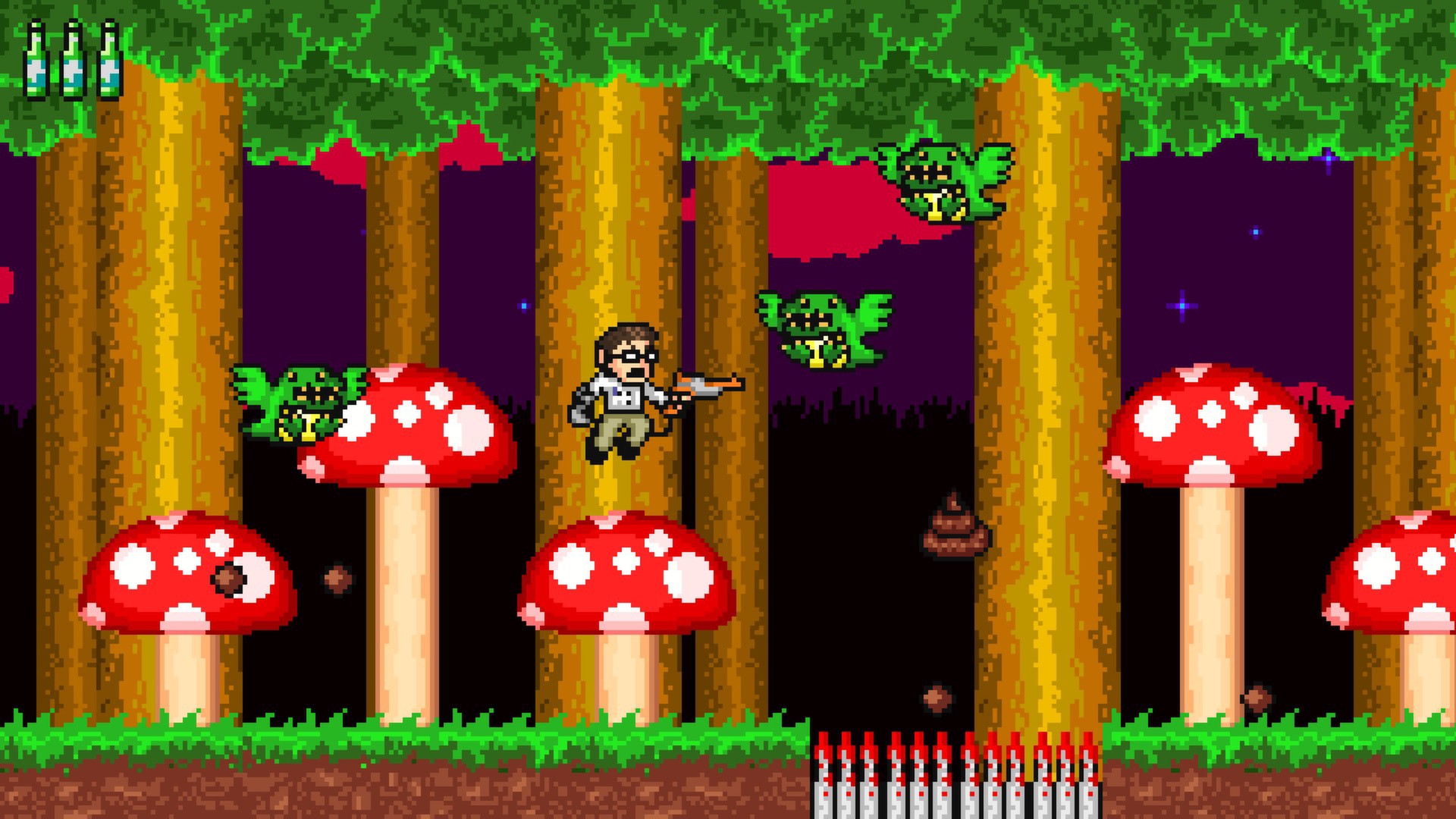 "The most rewarding game of 2013!"
Influenced by retro classics Mega Man and Castlevania, Angry Video Game Nerd Adventures features the AVGN and friends as they blast their way through 10 levels of fun, fast paced 2D action based on the AVGN`s adventures in his online series. With multiple playable characters, power ups, cameos galore, tons of secrets and more we`re making a game that all fans of video games will enjoy. If you`re a fan of old school difficulty, fart jokes, The Nerd and/or old school platformers chances are you`ll enjoy AVGN Adventures.

Some say "hard" we`re saying "rewarding!" Why? Because every check point you get, every boss you beat, every accomplishment is earned. You feel like like a stud. This is a game that allows you to brag to your friends if you beat it.

Yes, this is the official The Angry Video Game Nerd game!

Visit Cinemassacre.com to see the series the game was based on!

We`re 100% cool with you posting gameplay videos, Let`s Plays, reviews, etc of AVGN Adventures and monetizing them as much as you possibly can. Have fun! All we ask is that when you do them, let us know because we want to watch you play the game That`s fun for us!