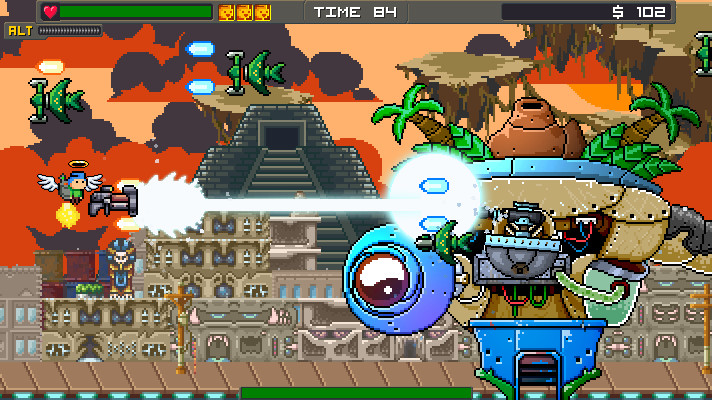 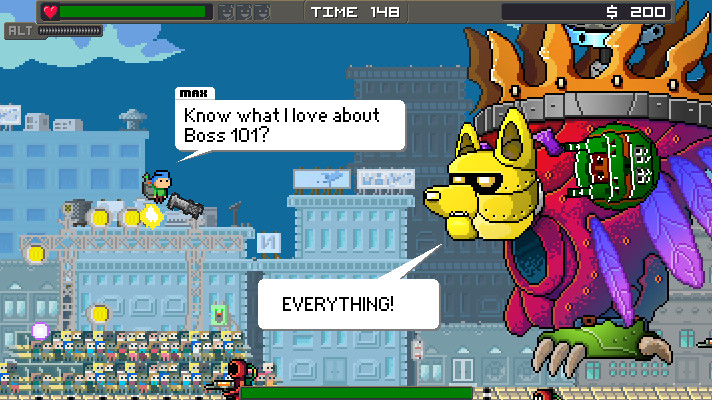 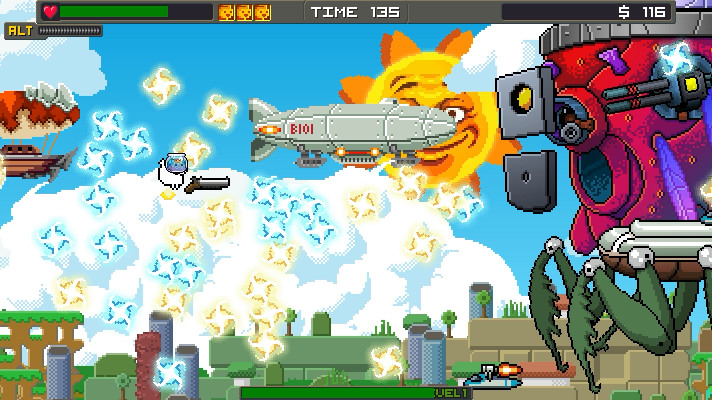 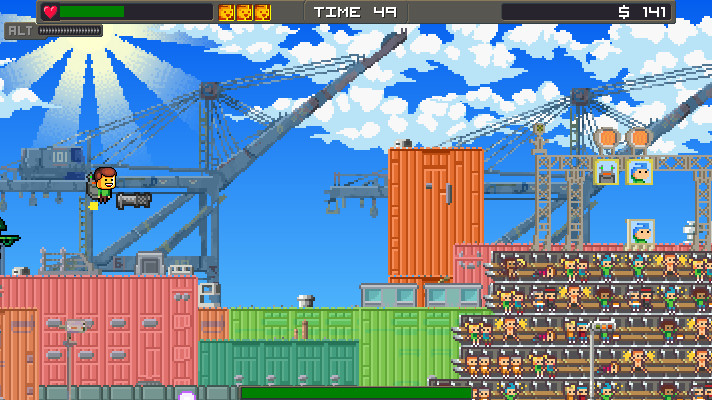 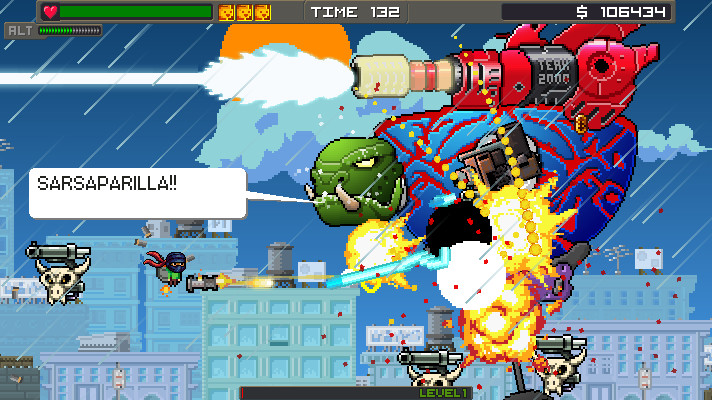 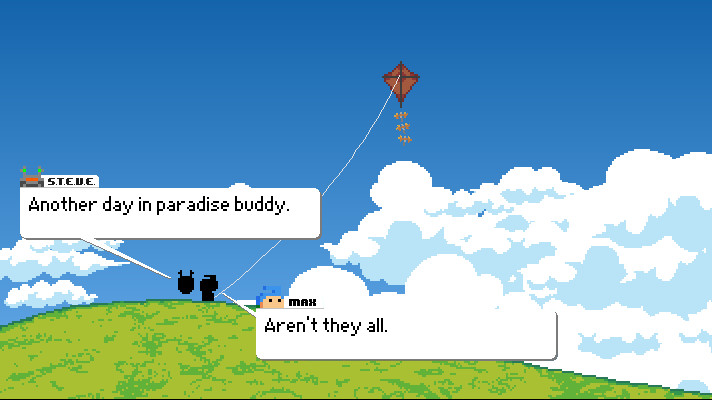 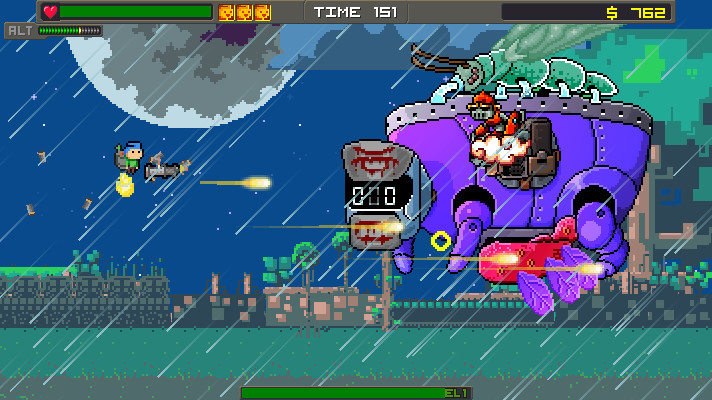 From there you`re off across the globe and galaxy looking to save the day and bring back awesome movie footage to your brother. As you travel you will be returning to your command center for rest, weapon upgrades, and research. Heck, you can even play arcade games and fly a kite if you like!

During your journey you will battle bosses you rolled up in the magical Make-A-Boss generator. You engage in combat, chase and even missions to recue baby robo-AI`s from the clutches of the biggest baddie of all, the dreaded Boss 101. Game rounds reward the player with cash for upgrades, guns and hats, all of which help you fight better and tougher bosses. That`s not all because Max and STEVE aren`t above commenting and outright sarcasm on their opponent`s abilities. You will fight robot of all sorts - animals, samurai, aliens and DINOSAURS! You heard right!

Current Progress
We might guess your #1 question is "Where is the game progress-wise and when can I play it?"

We’ve spent the last year working on Boss 101. All the primary art and much of the base tech has had its first and sometimes second and third pass. This includes bosses, levels, minions, player weapons, VFX and overall UI along many others. We’re now focusing on the tweaks and tunes to weapons, scoring and feel of the game. What’s in the game is workable but let’s be honest – you want the best and so do we. We’re taking the time to tune, playtest and make it awesome.

Our current estimates put the game landing late 2015. That is really dependent on how things come together from a gameplay and bug quashing perspective. We think it’s very doable but we also believe there is no point in rushing a game out the door. Your support means something to us and we want to make it count. We’ve been keeping a weekly blog going for a while now and we intend to keep it up.

Early Access This is mos-def on our minds but if we do Early Access we want to make it a meaningful process for us and you. That said - we`re listening to you!

Languages We`ve been asked about the release of Boss 101 in different languages and the short answer is yes, we would love to release it in as many languages as requested. We`re a small team so for the main release we are targeting English. From there we will be looking to translate it to the most requested languages.

If you`re interested in helping us or just want to put in a request for a specific language please contact us directly at (hello@donleytimefoundation.com) with your request or info.

Mac and Linux We are concentrating on the PC version for ship. Linux is a We will look into Mac after our initial release.

Suggestions and Comments These are always welcome and we will do what we can to answer each one directly. Check out the forums here, the comment section or mail us directly! We would love to hear from you. (see below)

Questions are welcome in the comments section or contact us directly (hello@donleytimefoundation.com)

Thank you again for checking out our page!