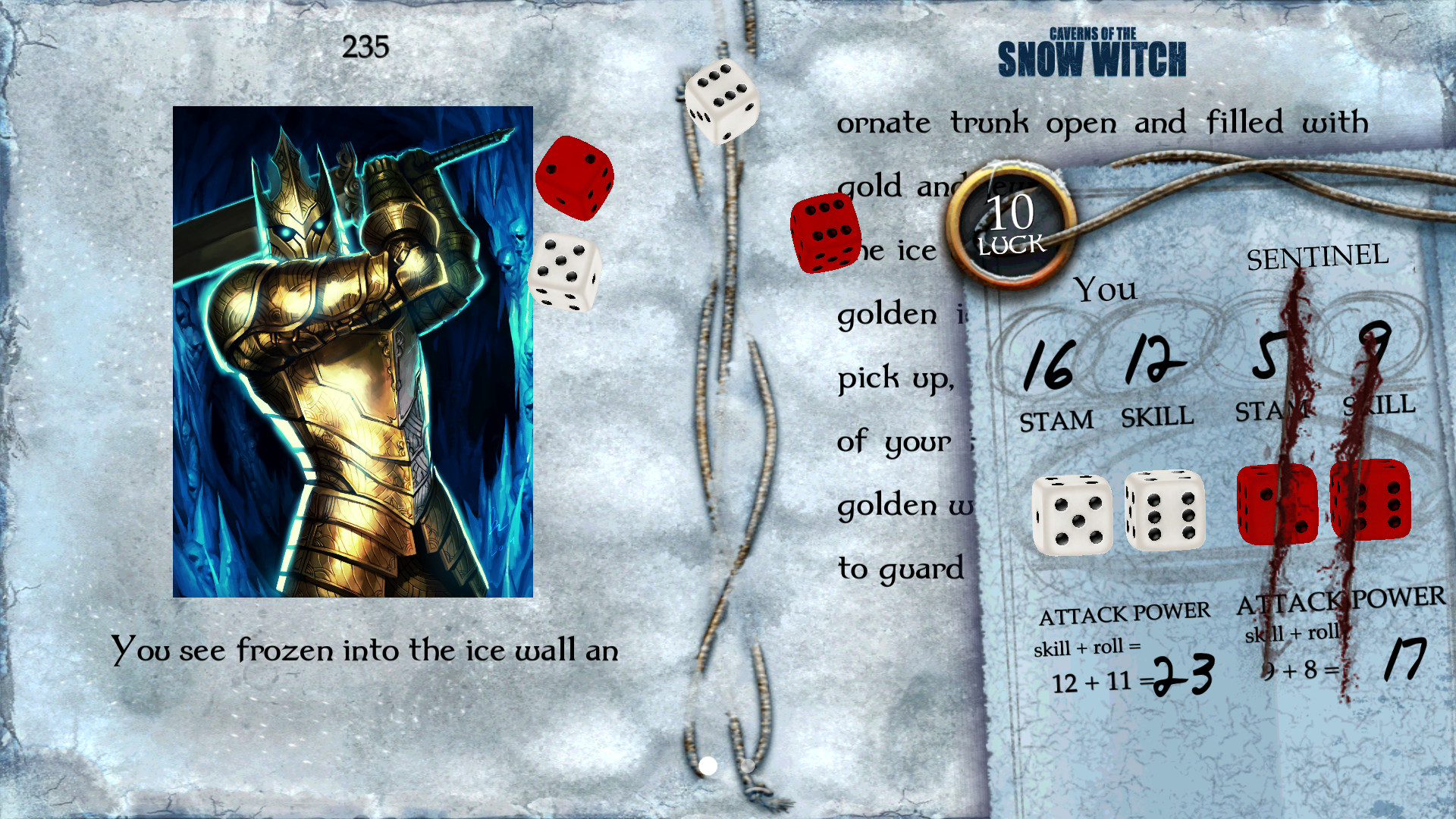 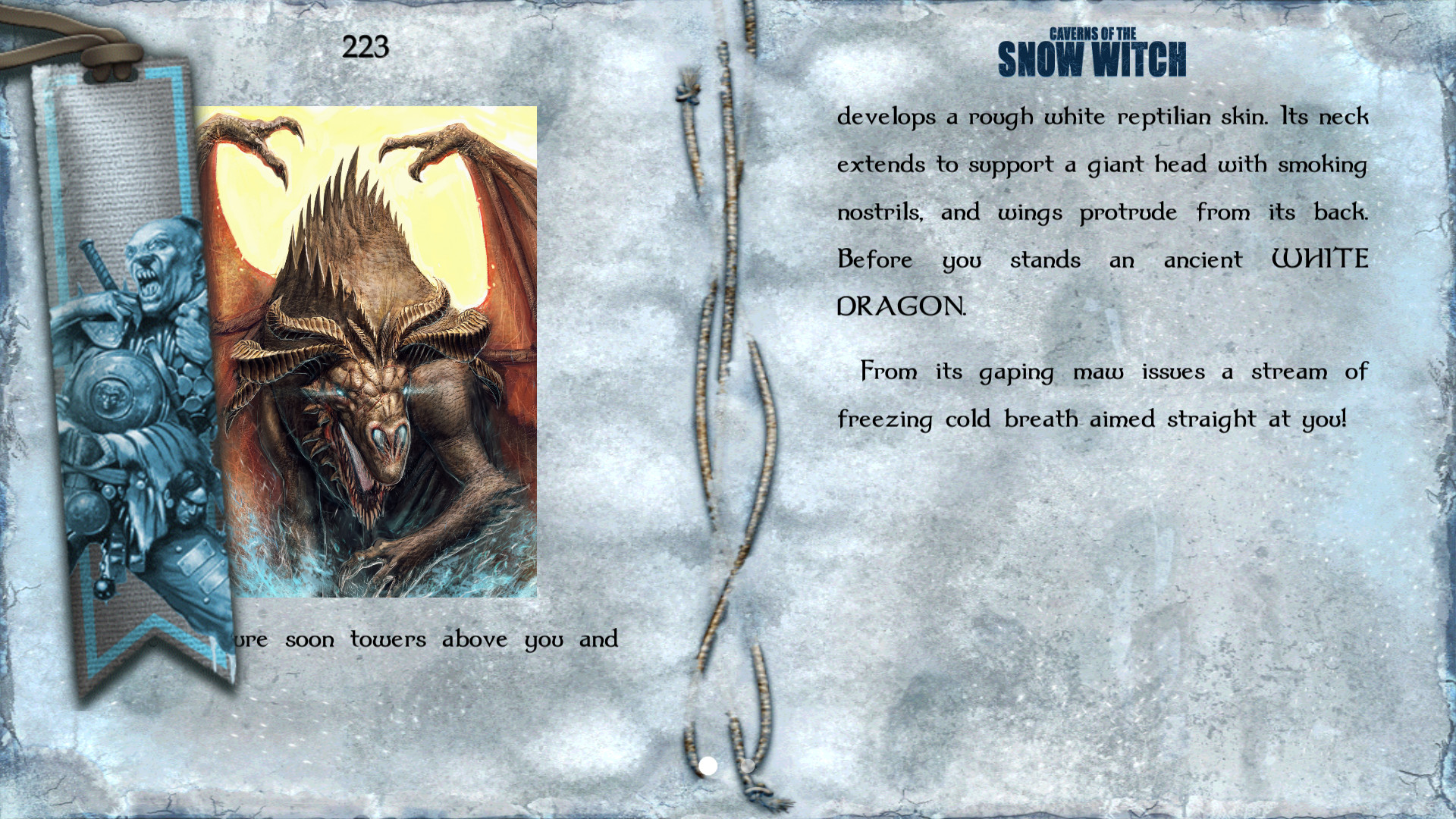 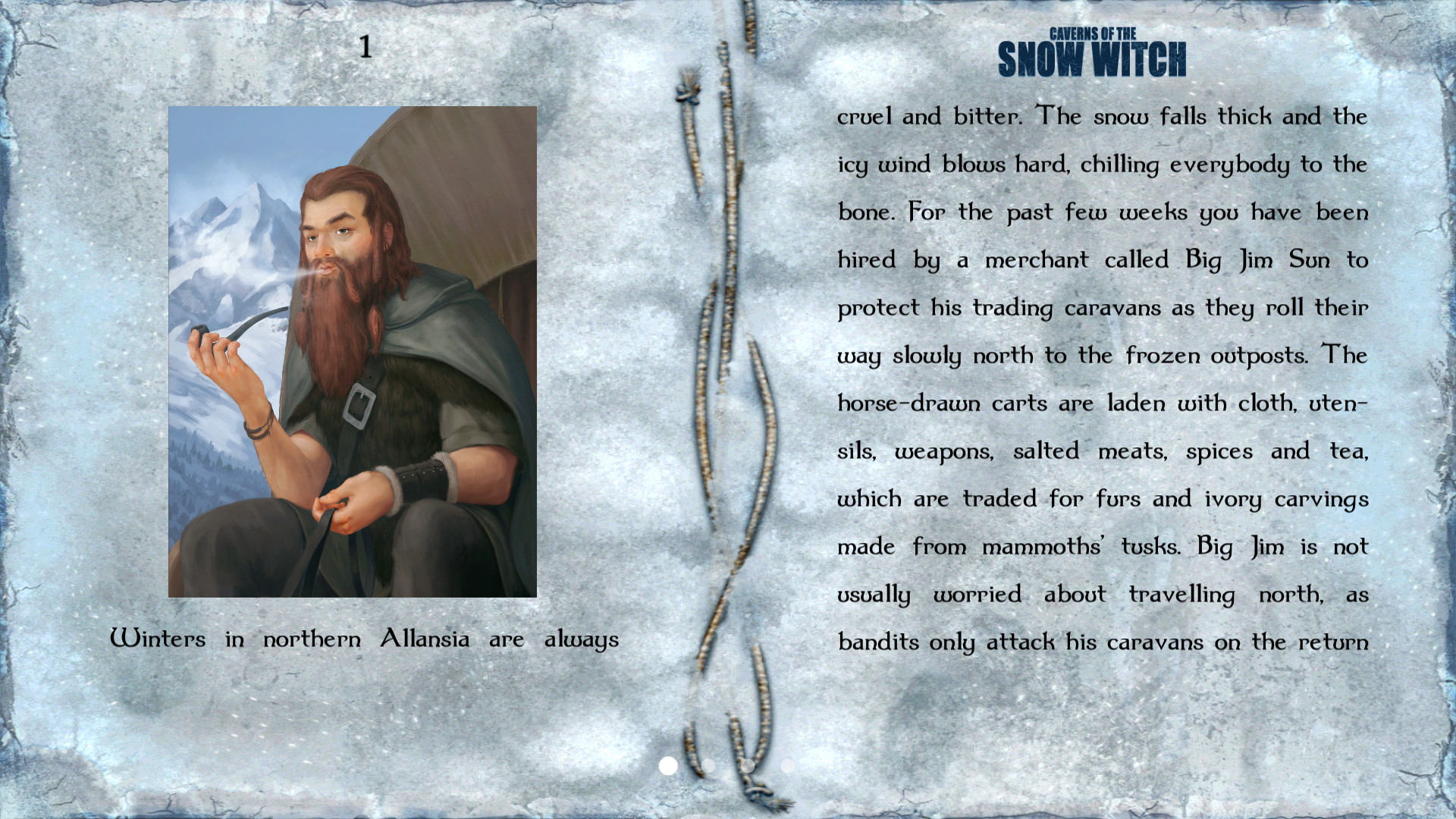 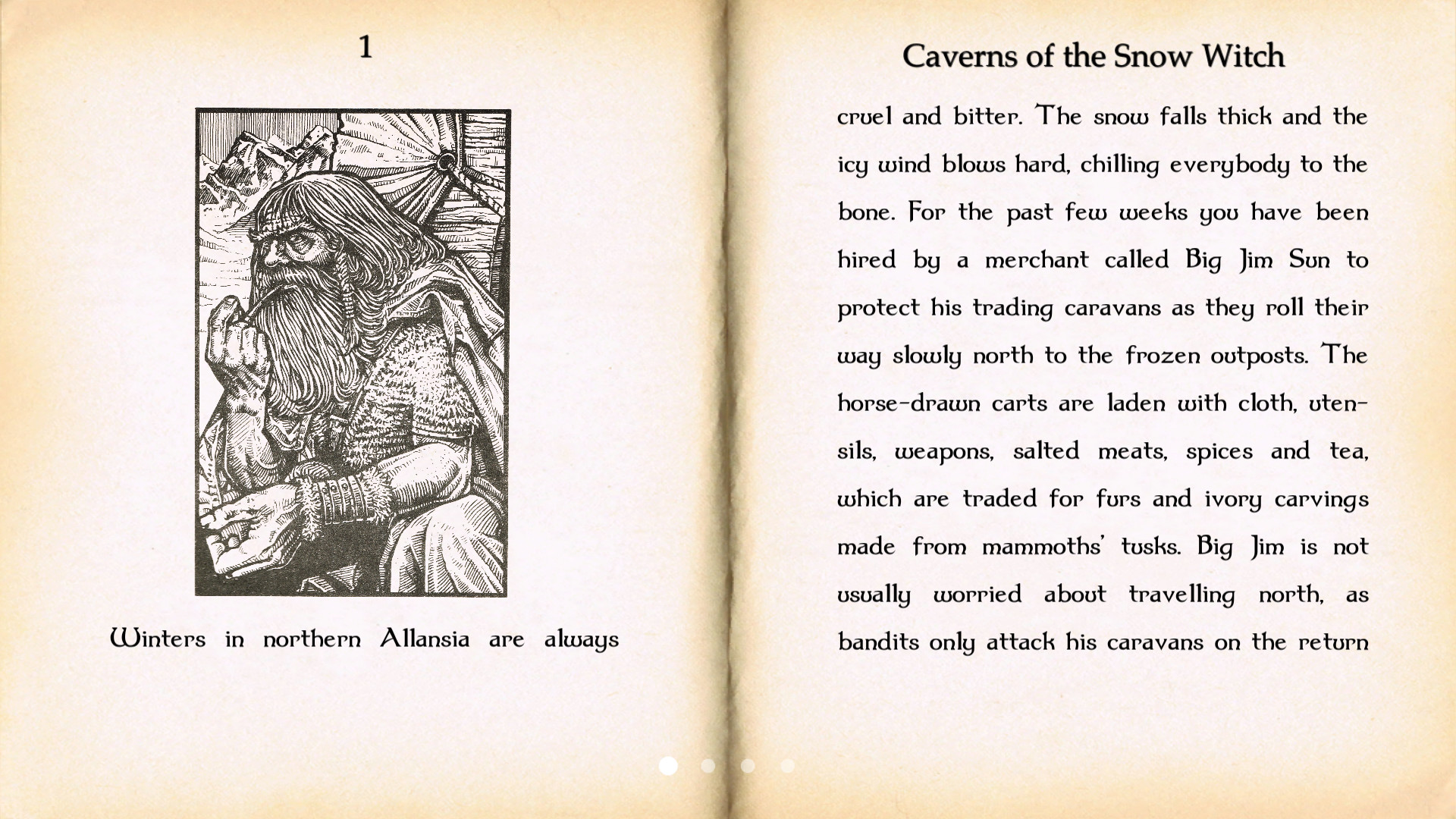 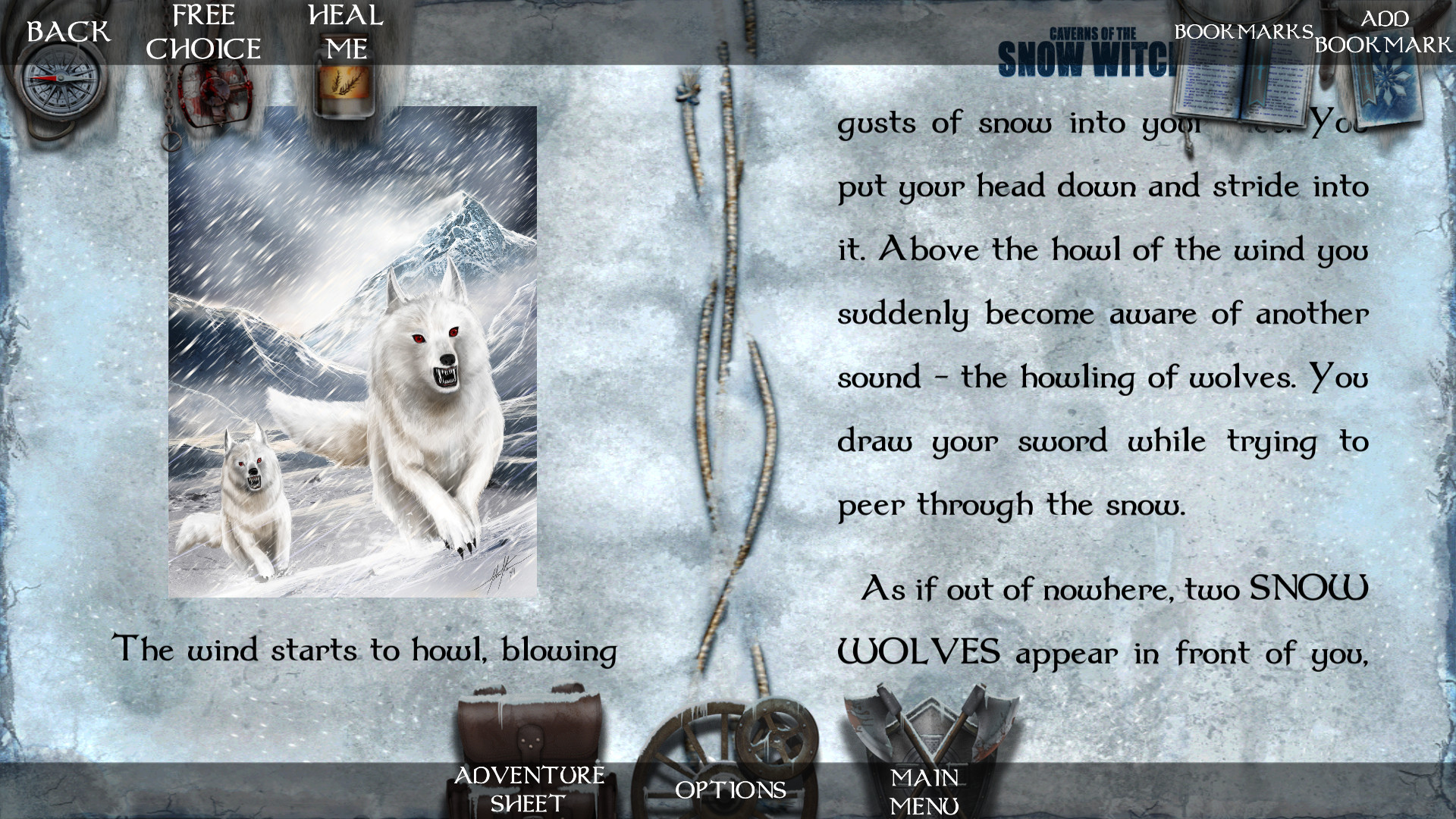 Equipe Baixaki
Lista de característicasMake the gamebook as easy or hard as you like and even turn on ...

Deep within the Crystal Caves of Icefinger Mountains, the dreaded Snow Witch is plotting to bring on a new ice age. A brave trapper dies in your arms and lays the burden of his mission on your shoulders. But time is running out – will YOU take up the challenge?

Originally written by Ian Livingstone in 1984, Caverns of the Snow Witch celebrates its 30th anniversary in 2014. The ninth book in the Fighting Fantasy series, it expands upon the original version published in WARLOCK magazine, taking you beyond the Crystal Caves.

Relive the adventures in the Icefinger Mountains, lovingly updated for PC, Mac and Linux. Presented in full colour with realistic physics-based dice rolling for battles, an auto-updated adventure sheet and stat keeping.