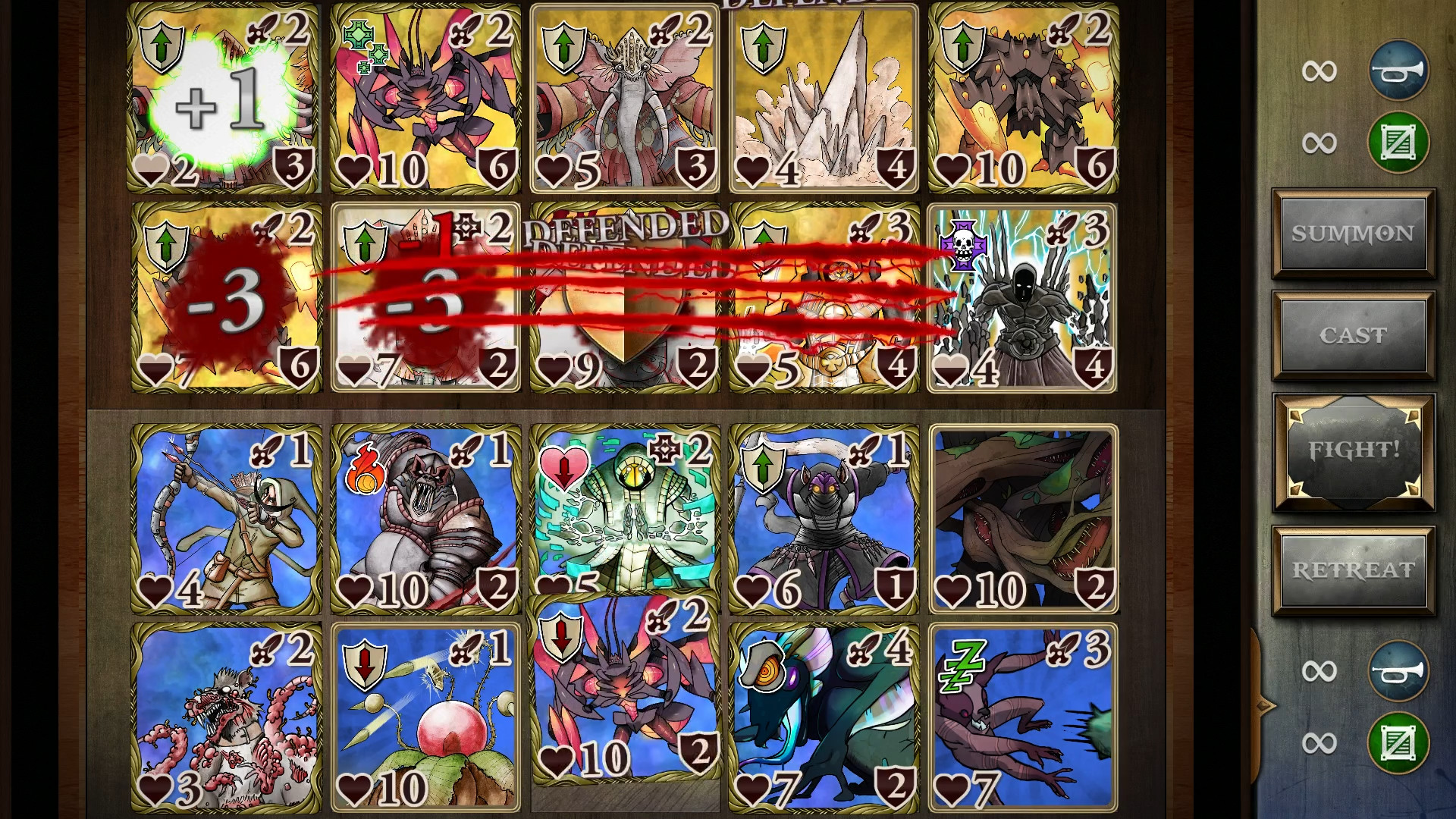 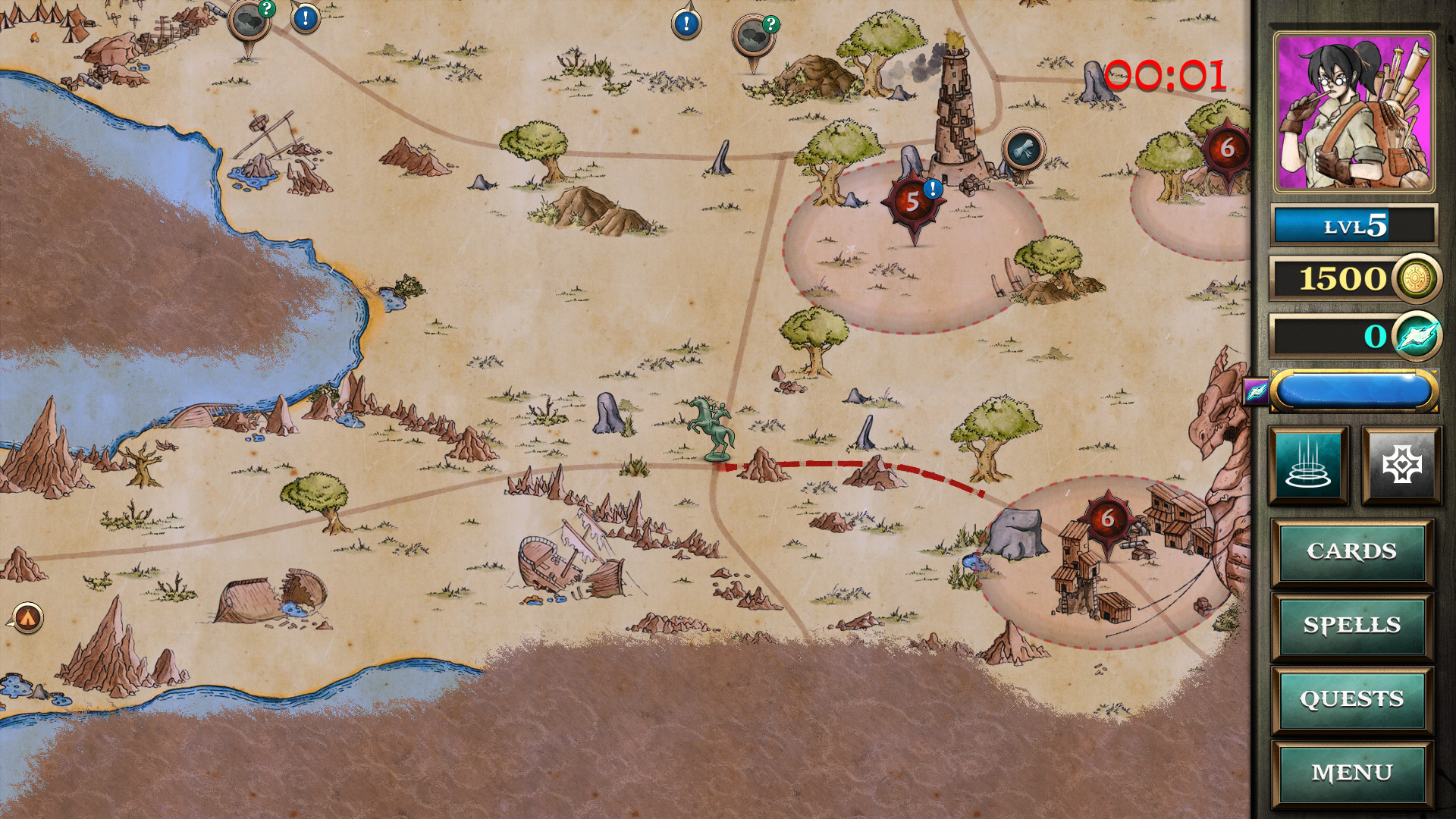 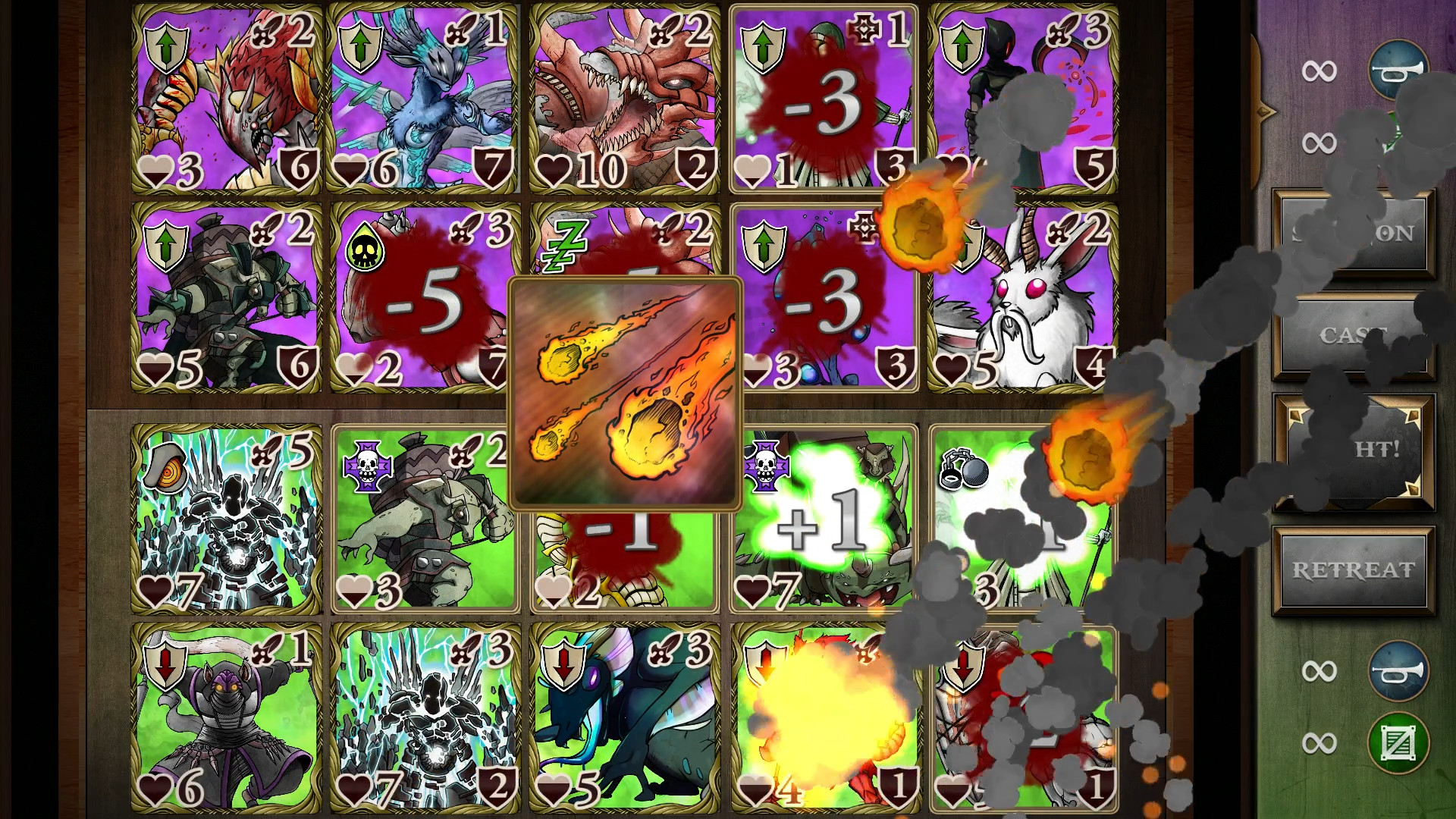 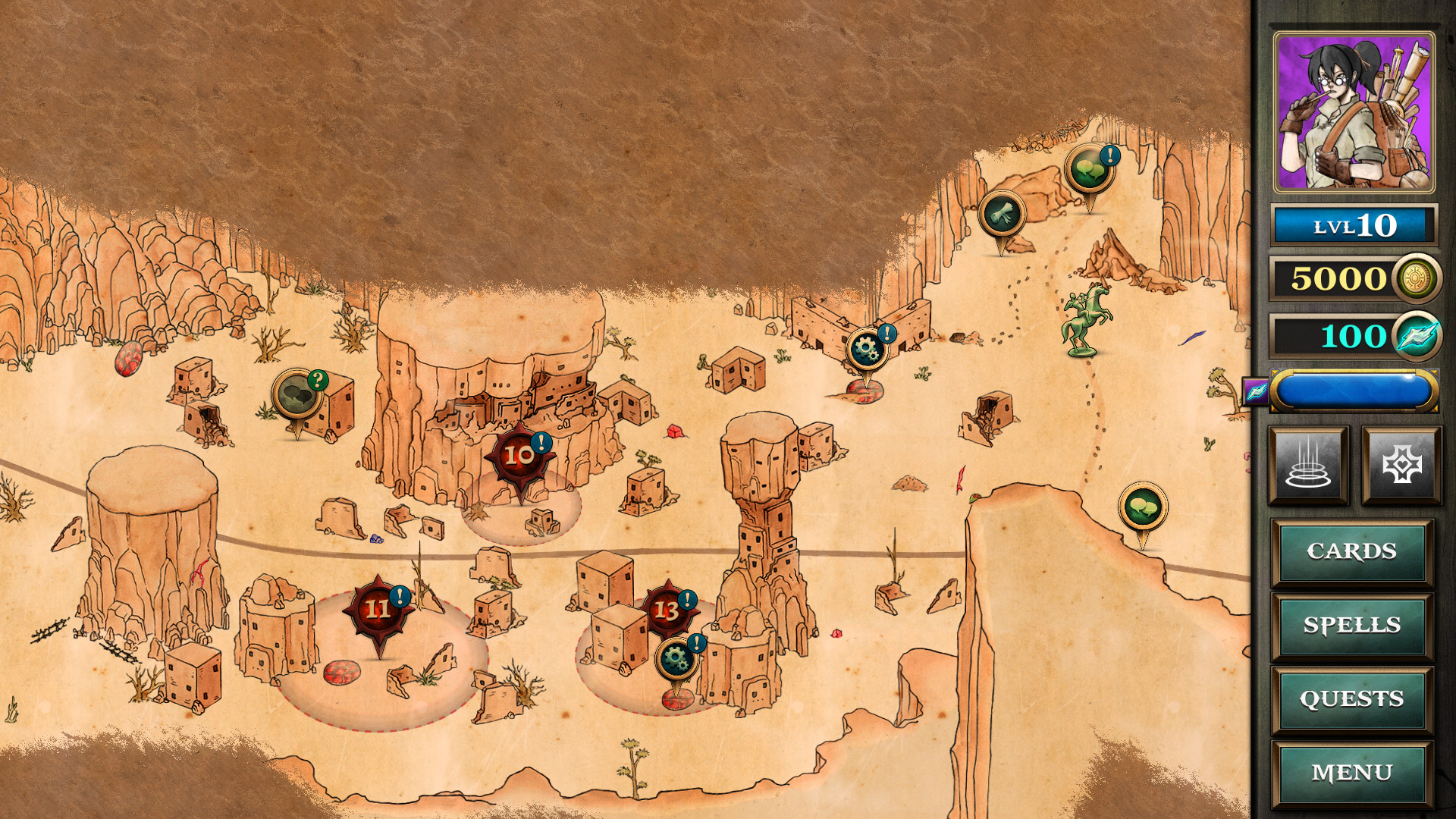 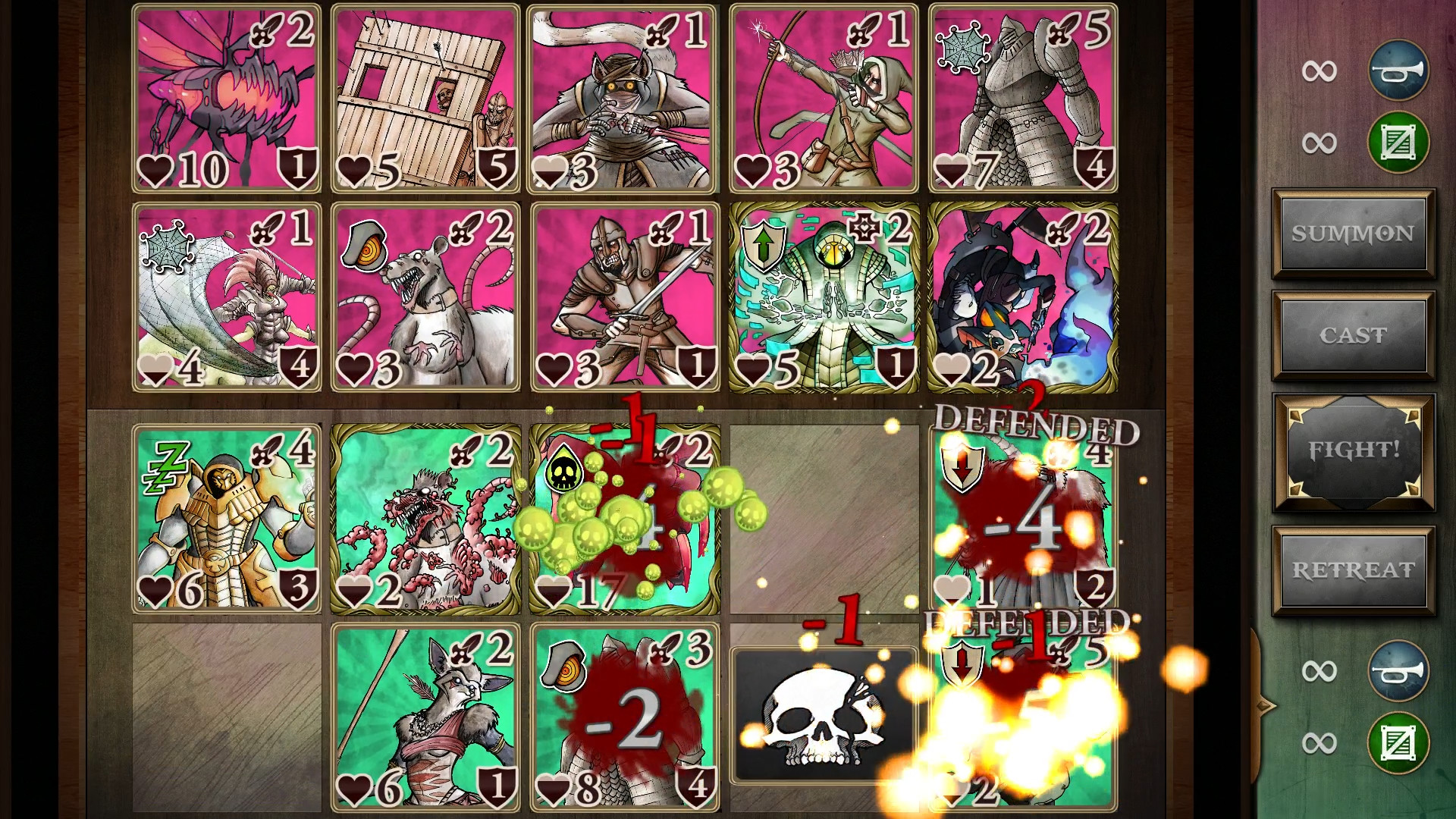 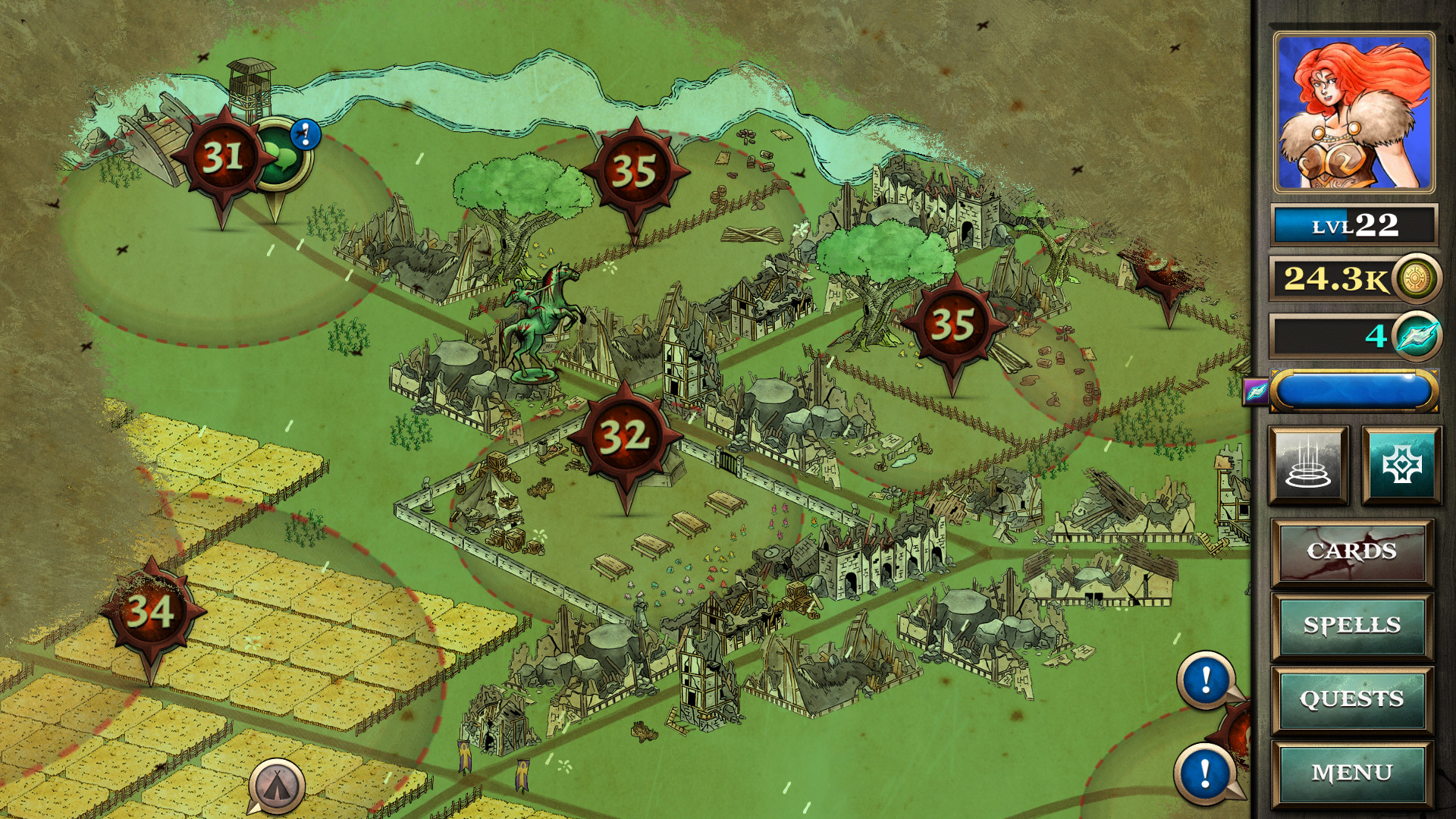 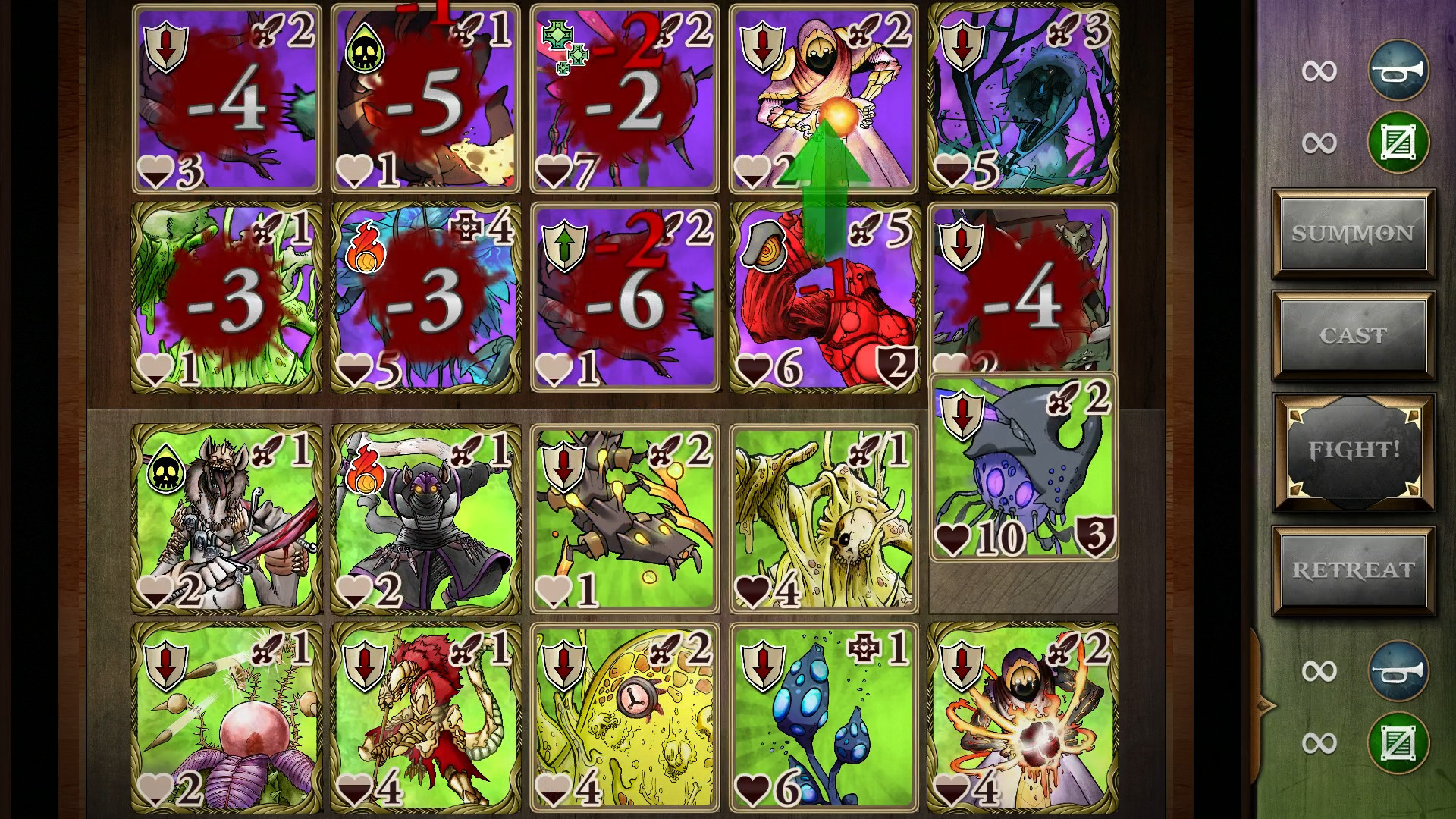 ? Construct an army from a set of over 150 hand-painted cards, each with their own tactical advantages and special abilities.
? Explore a large, beautifully illustrated open world.
? Cast powerful spells to turn the tide of battle.
? Unlock new cards as you progress to supplement and improve your army.
? Victory in battle will allow you to upgrade your cards to Elite form, granting stat boosts and new abilities.