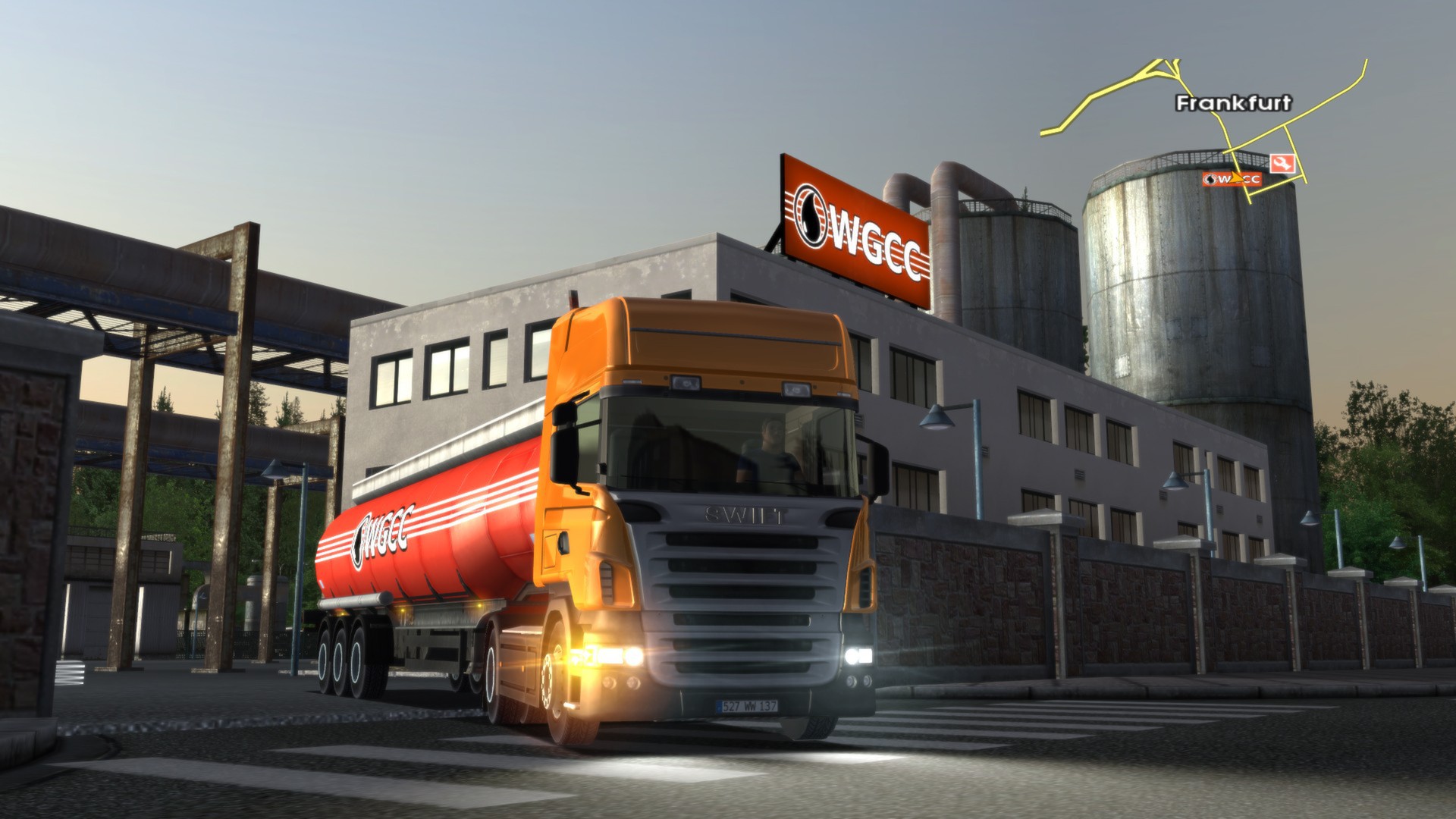 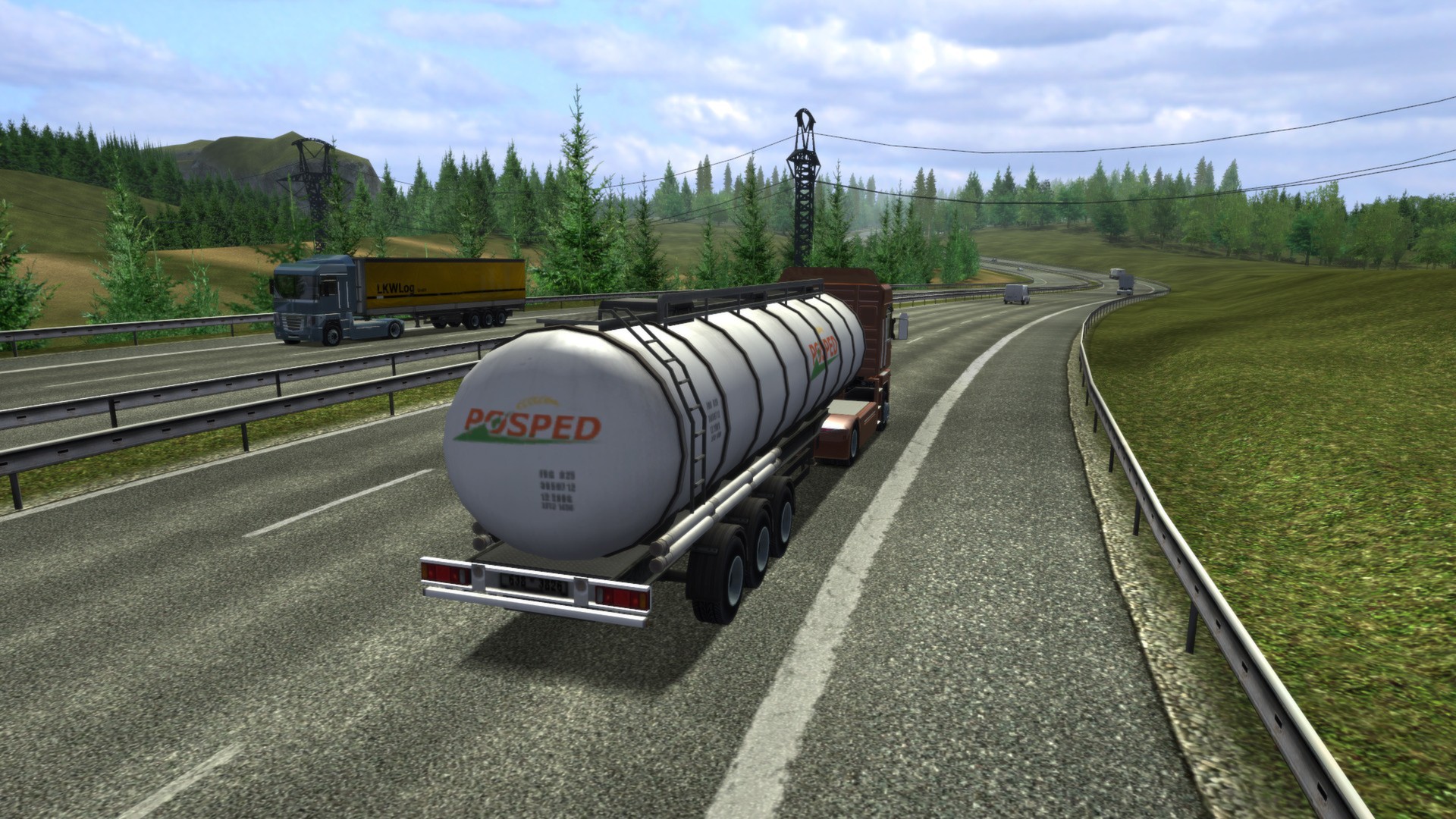 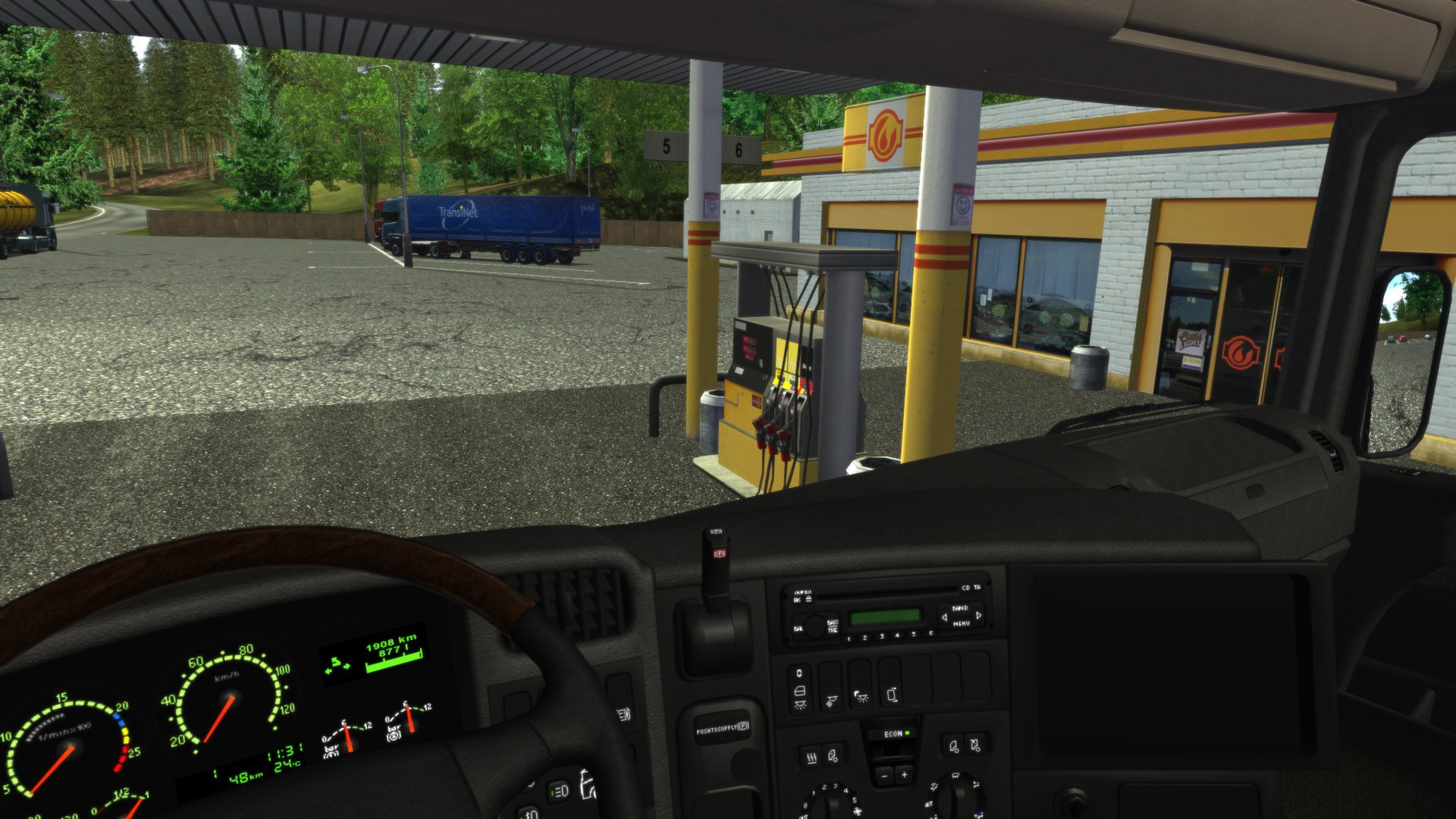 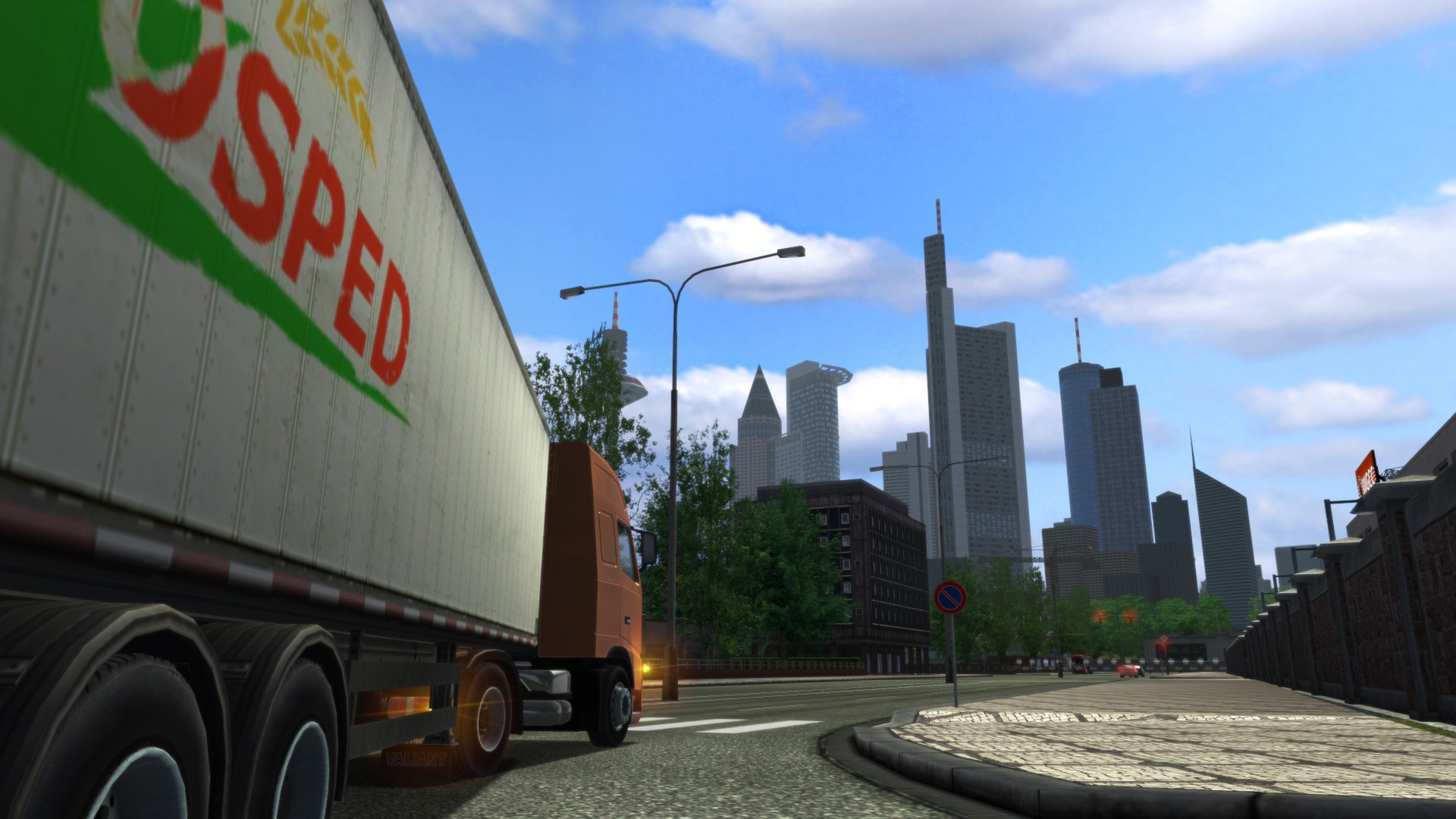 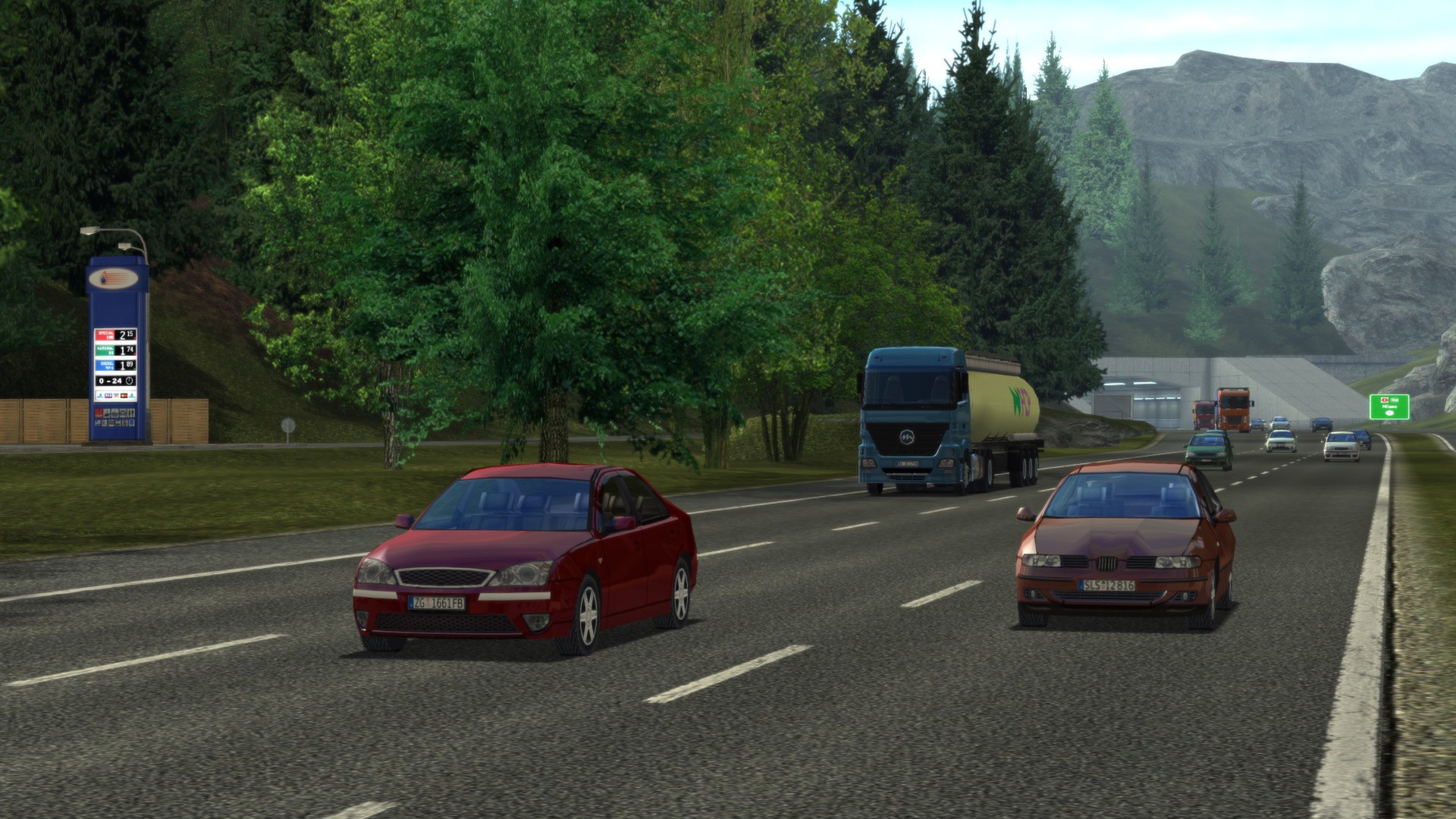 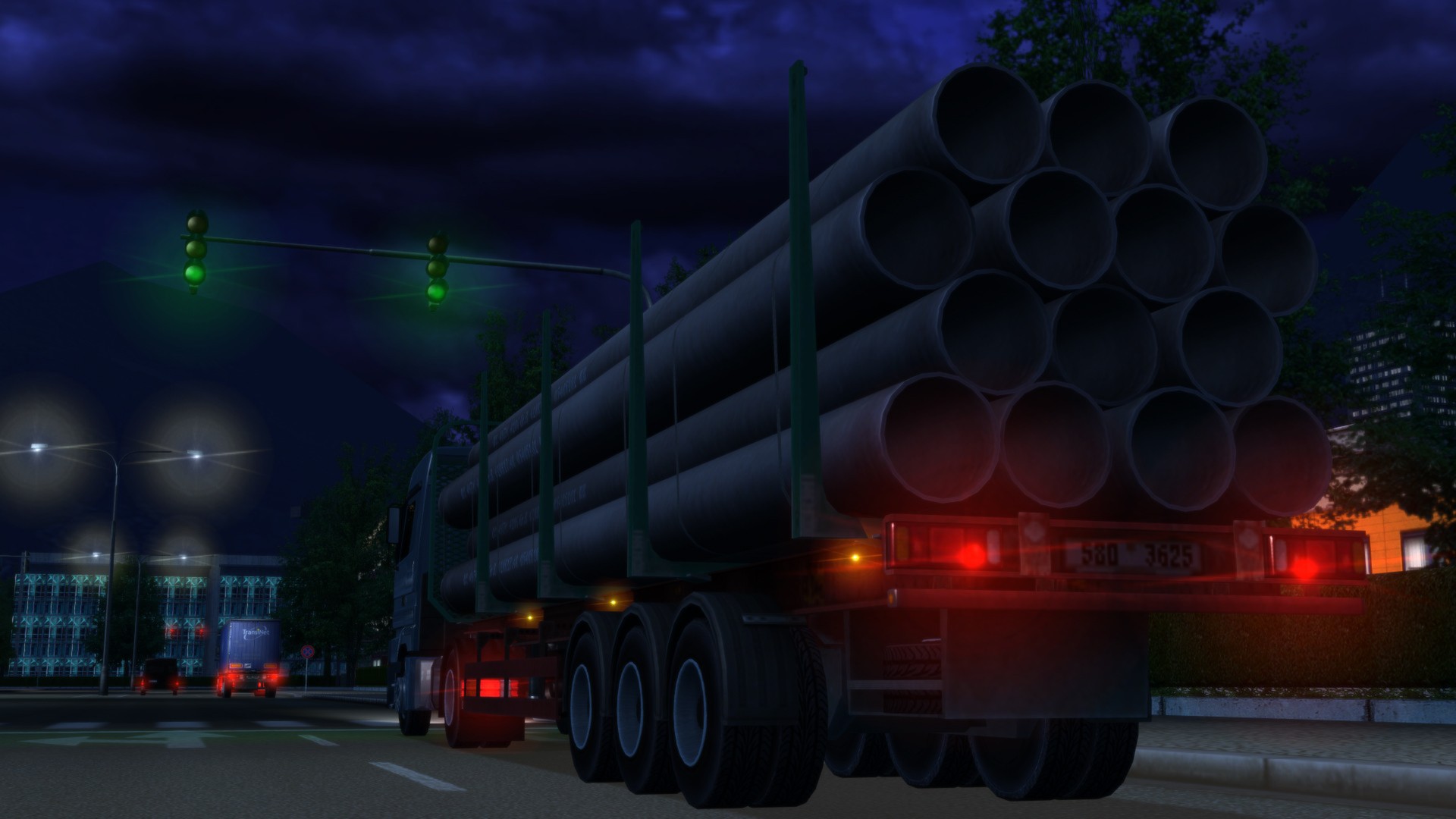 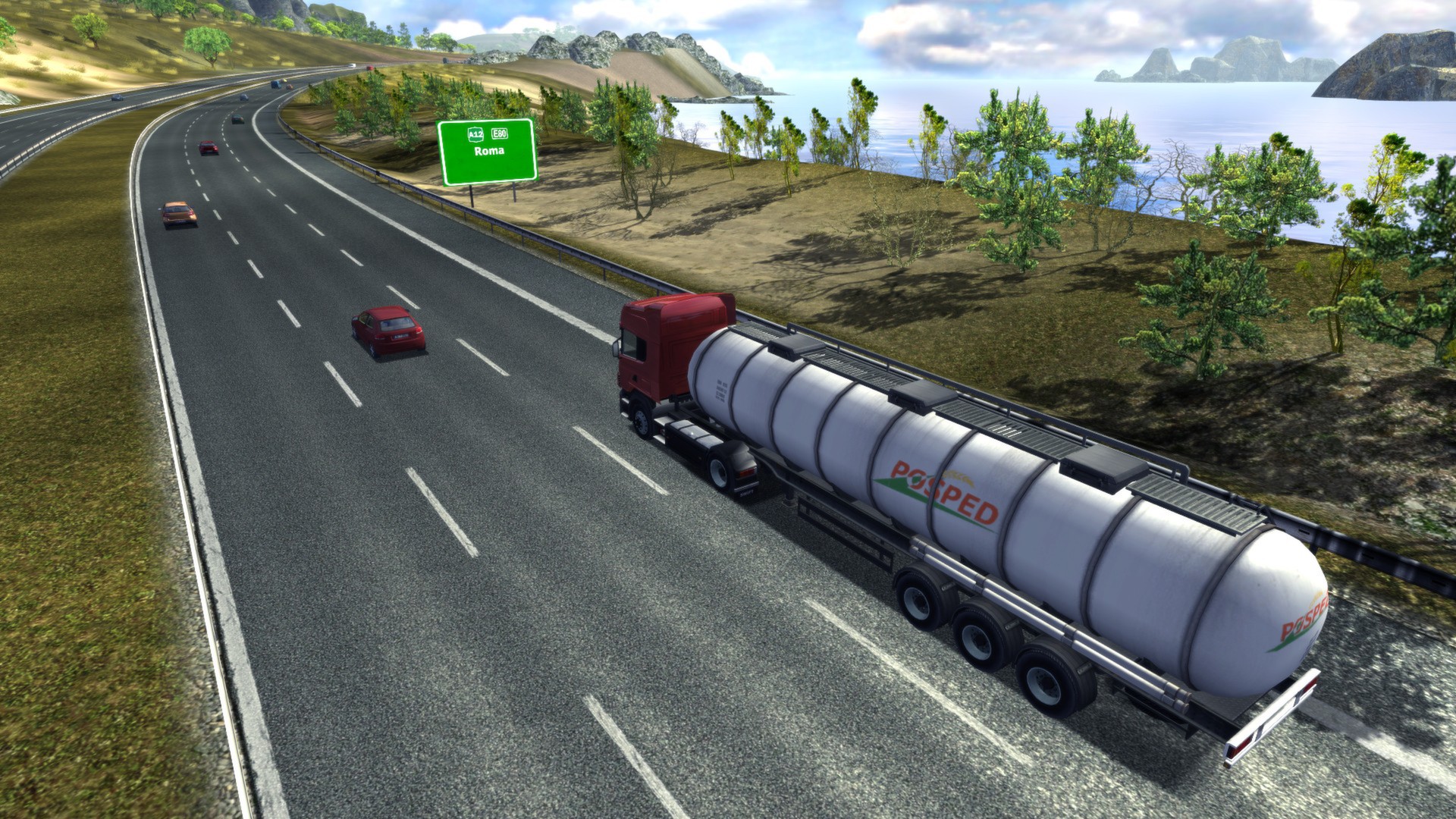 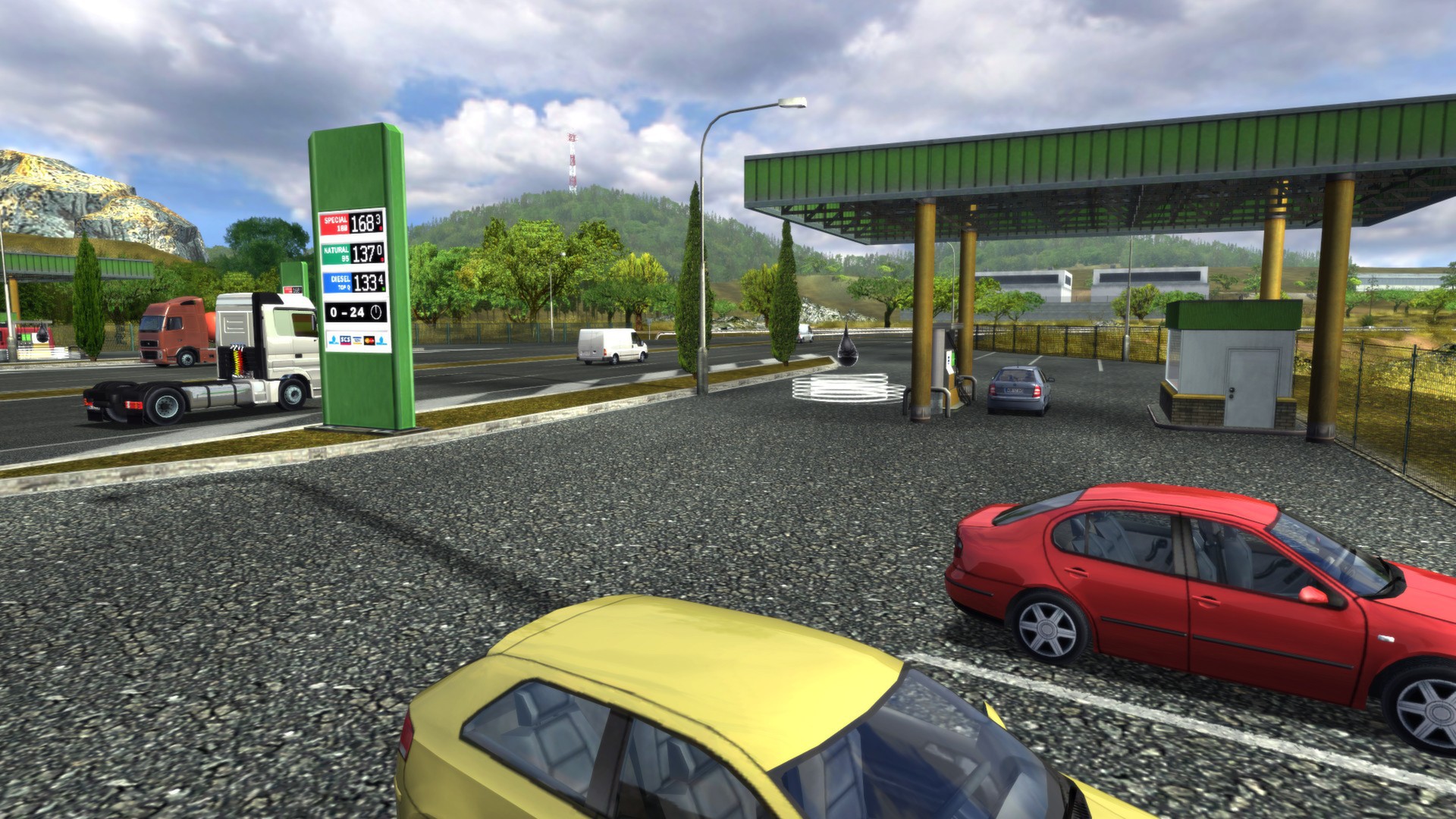 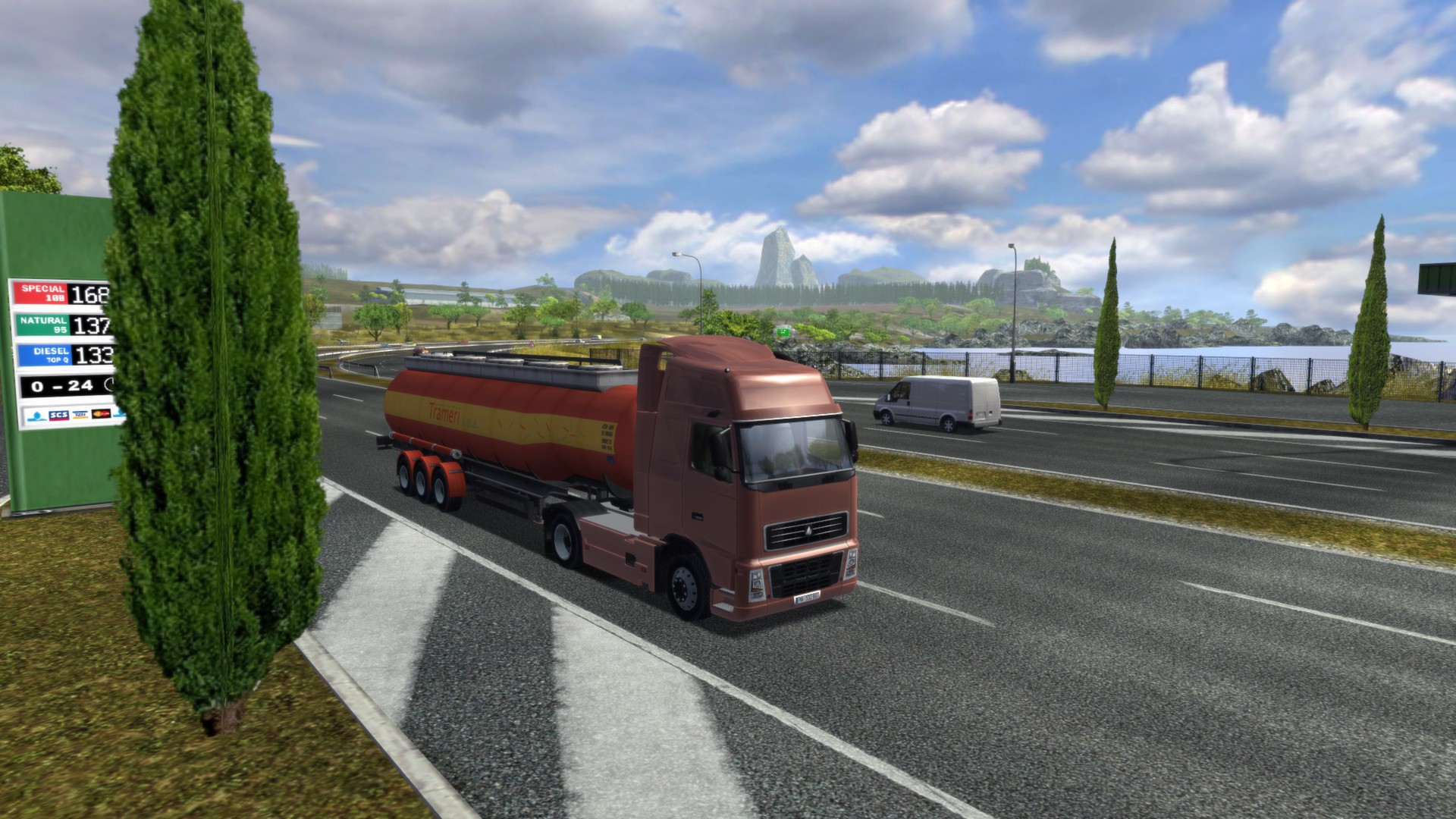 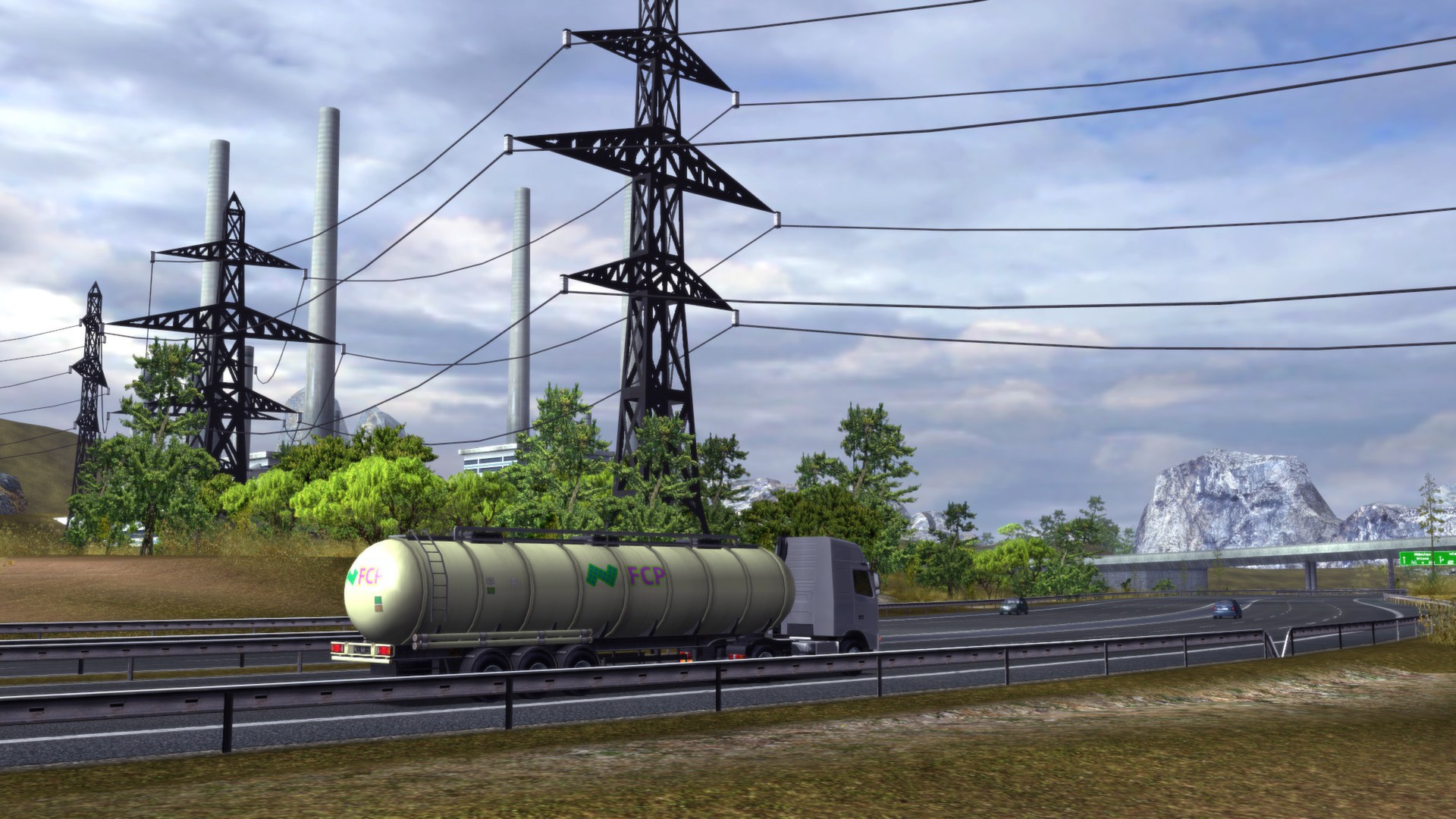 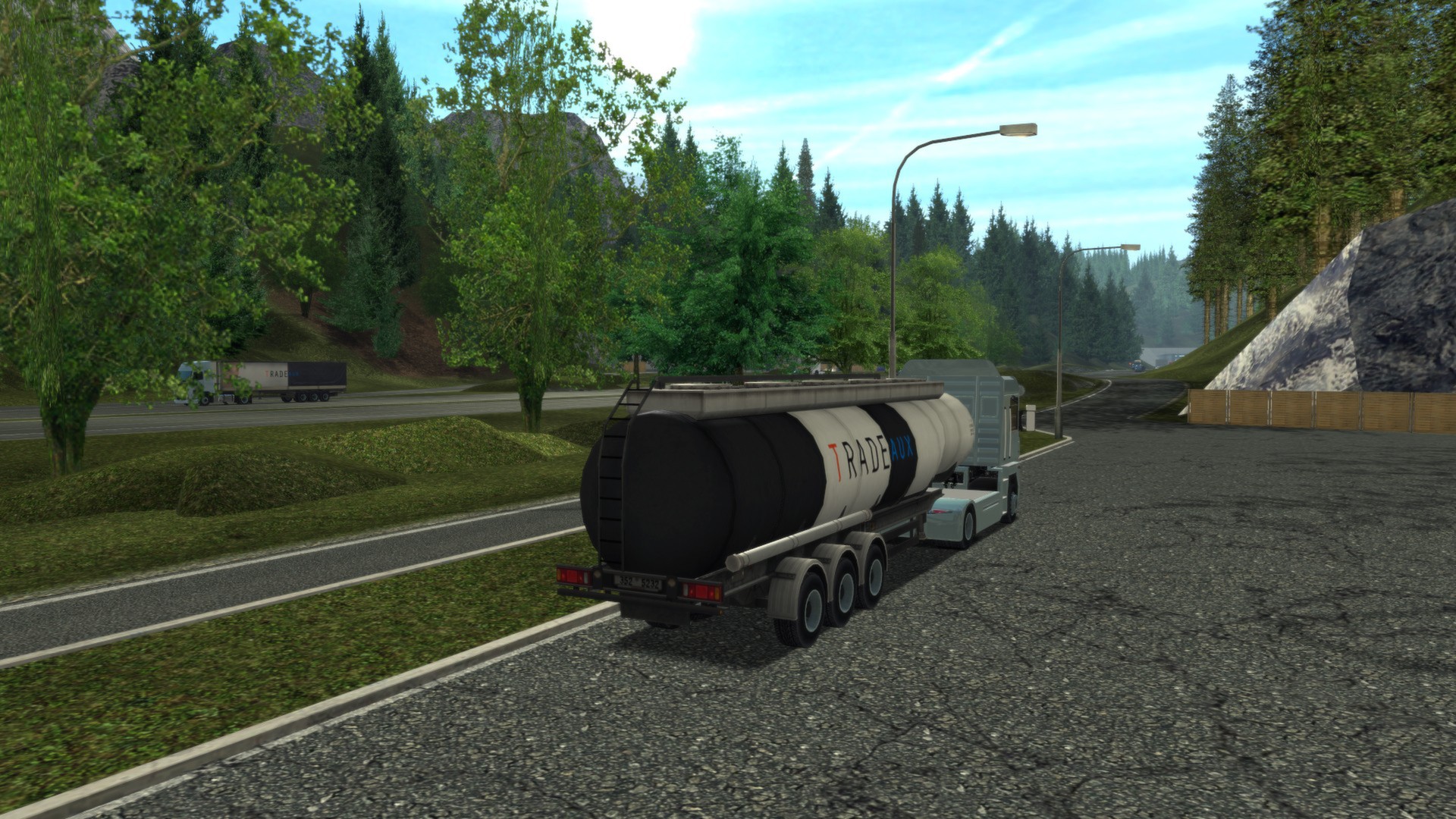 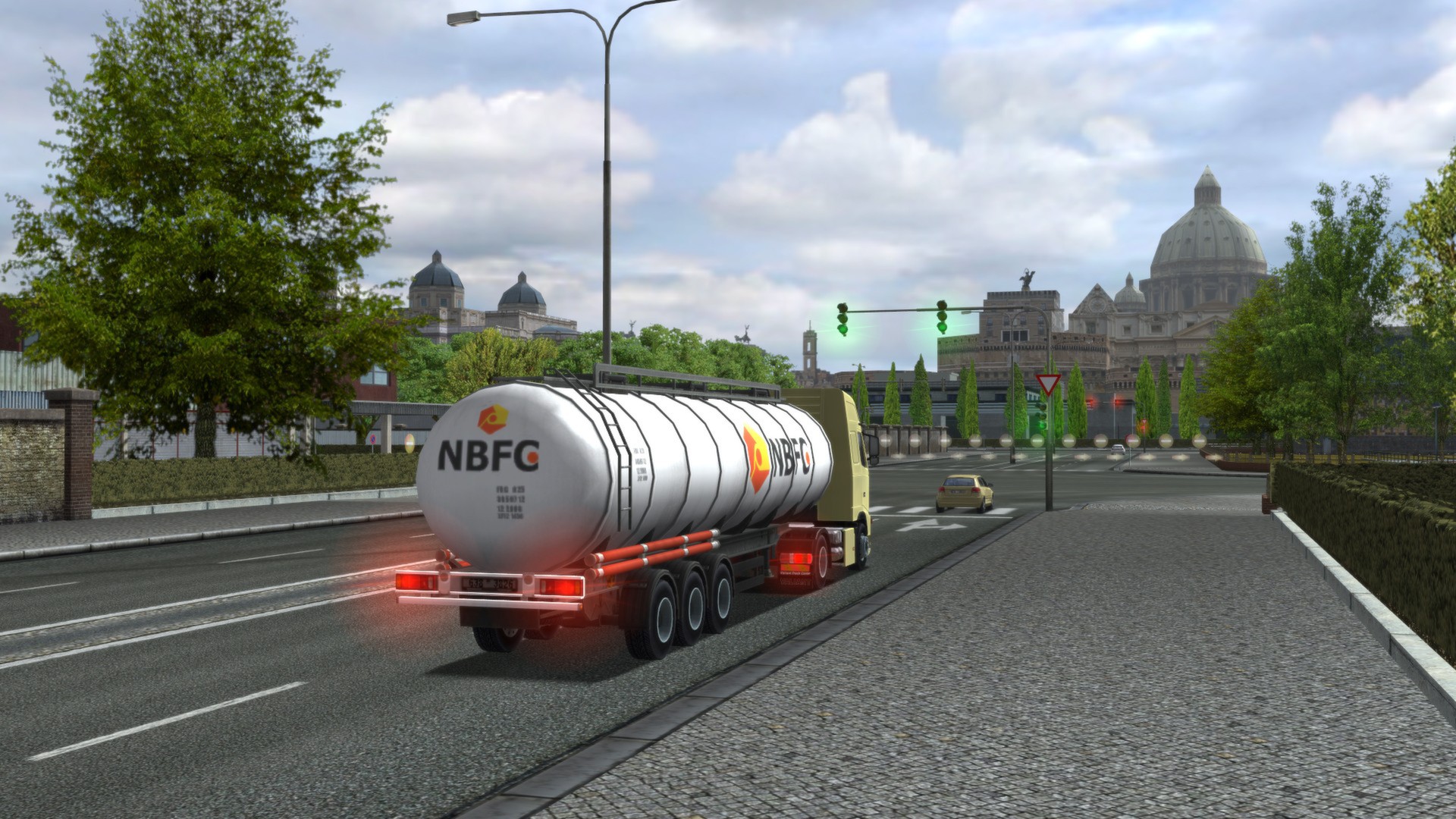 Drive freight from London to Rome to Berlin to Madrid to Prague - and many more cities - in realistic vehicles. Faithful reproduction of driving trucks on the European road. Pick up a variety of cargoes, and deliver them on time! Highly realistic, meticulously detailed models based on real trucks. Actual working instruments such as flashing indicators, temperature and low fuel warning lights, wipers, and a full set of gauges. Pan the camera around the cabin, just as if you were actually sitting at the wheel.

Note: Unofficial "mods" are not supported by the Mac OS version of the game! (file formats are not compatible with Windows PC version)