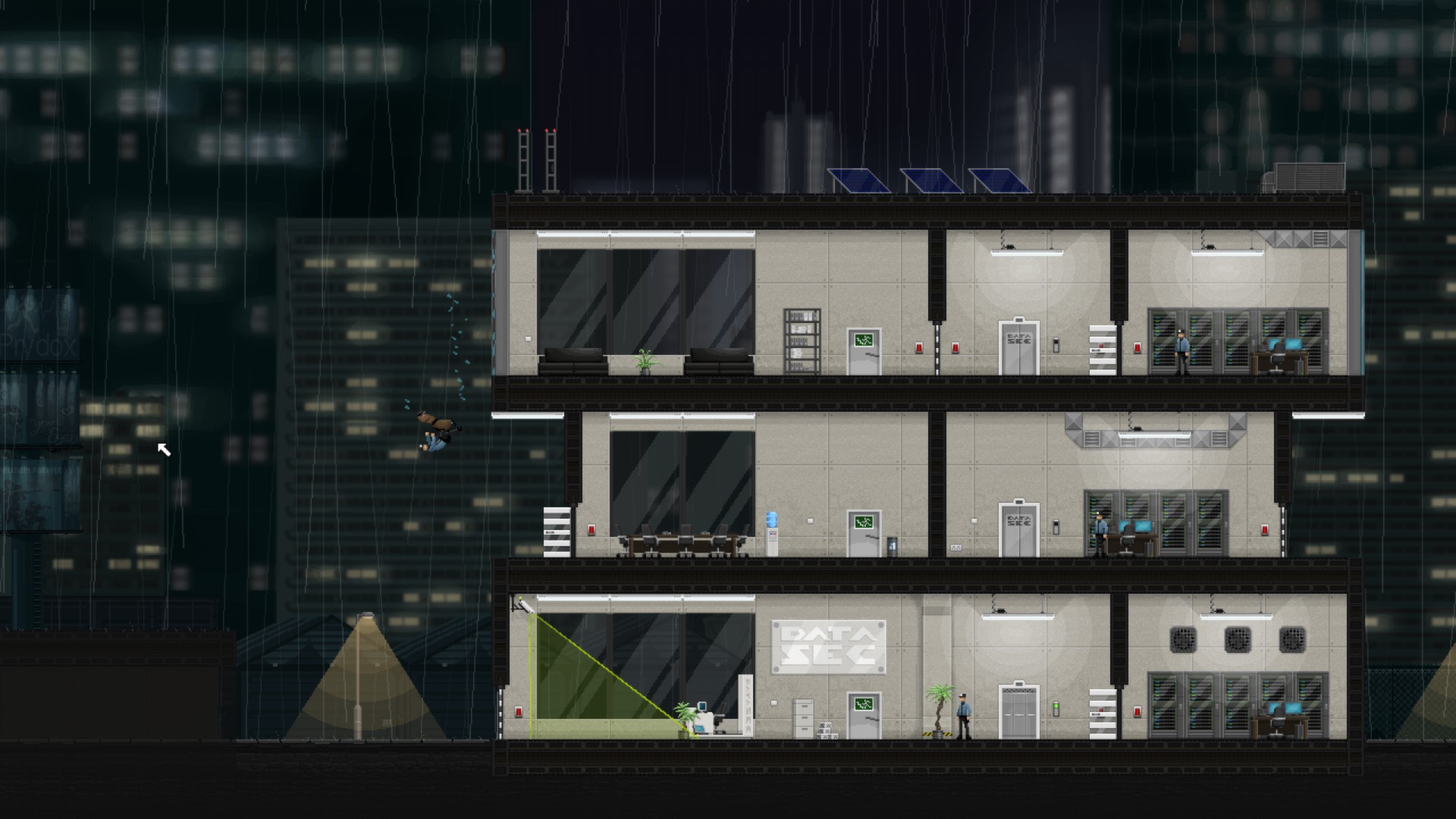 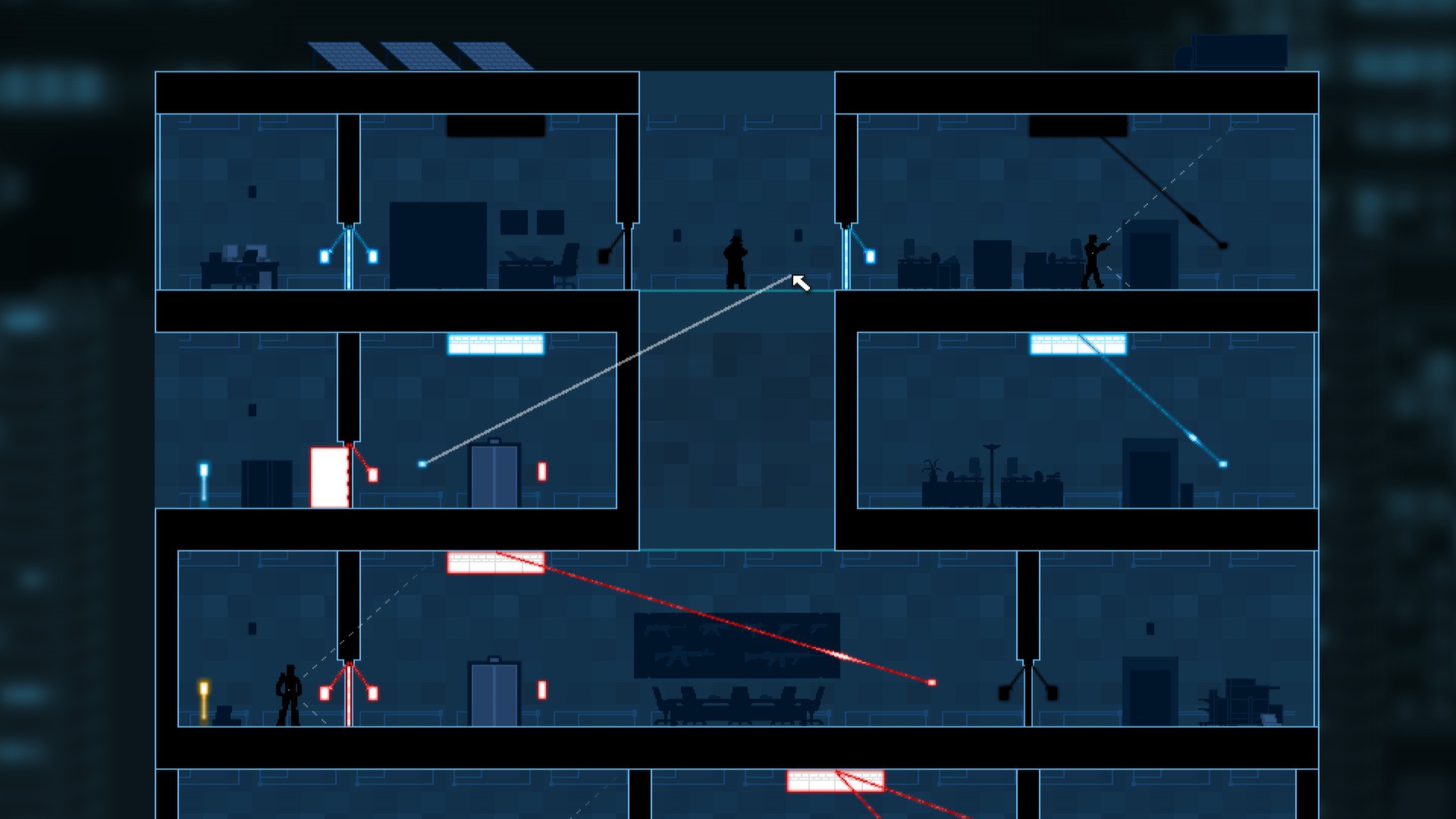 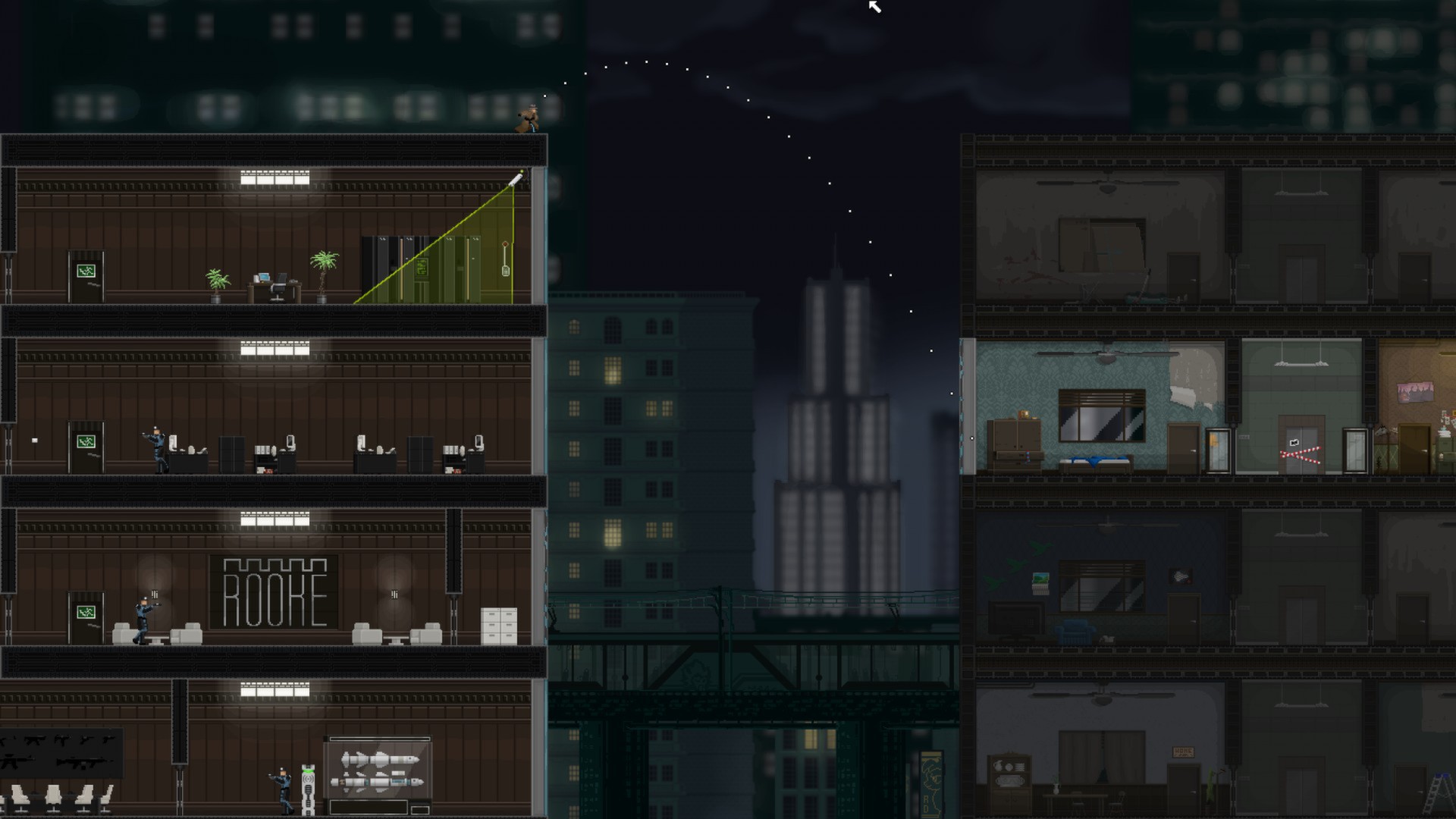 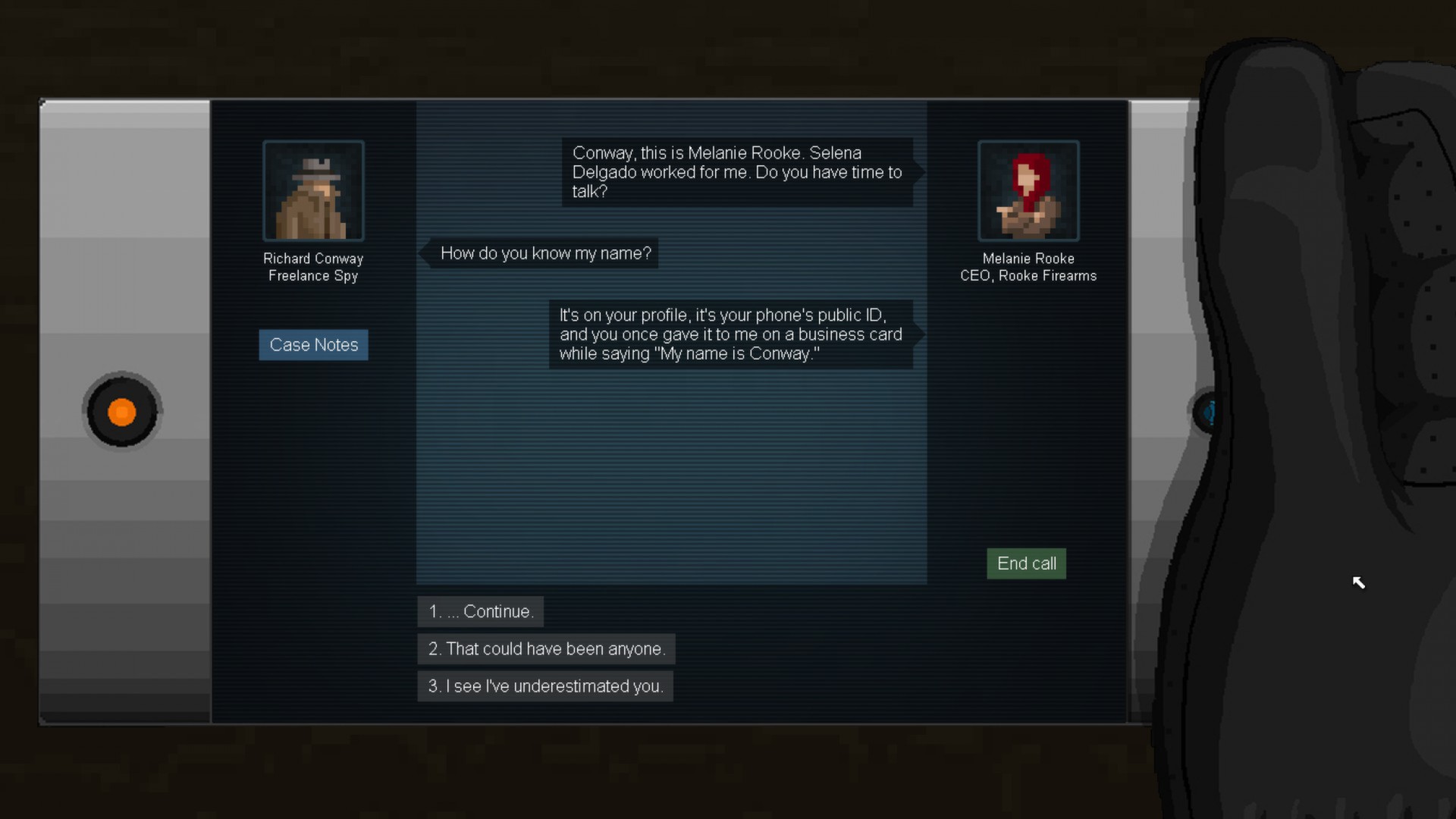 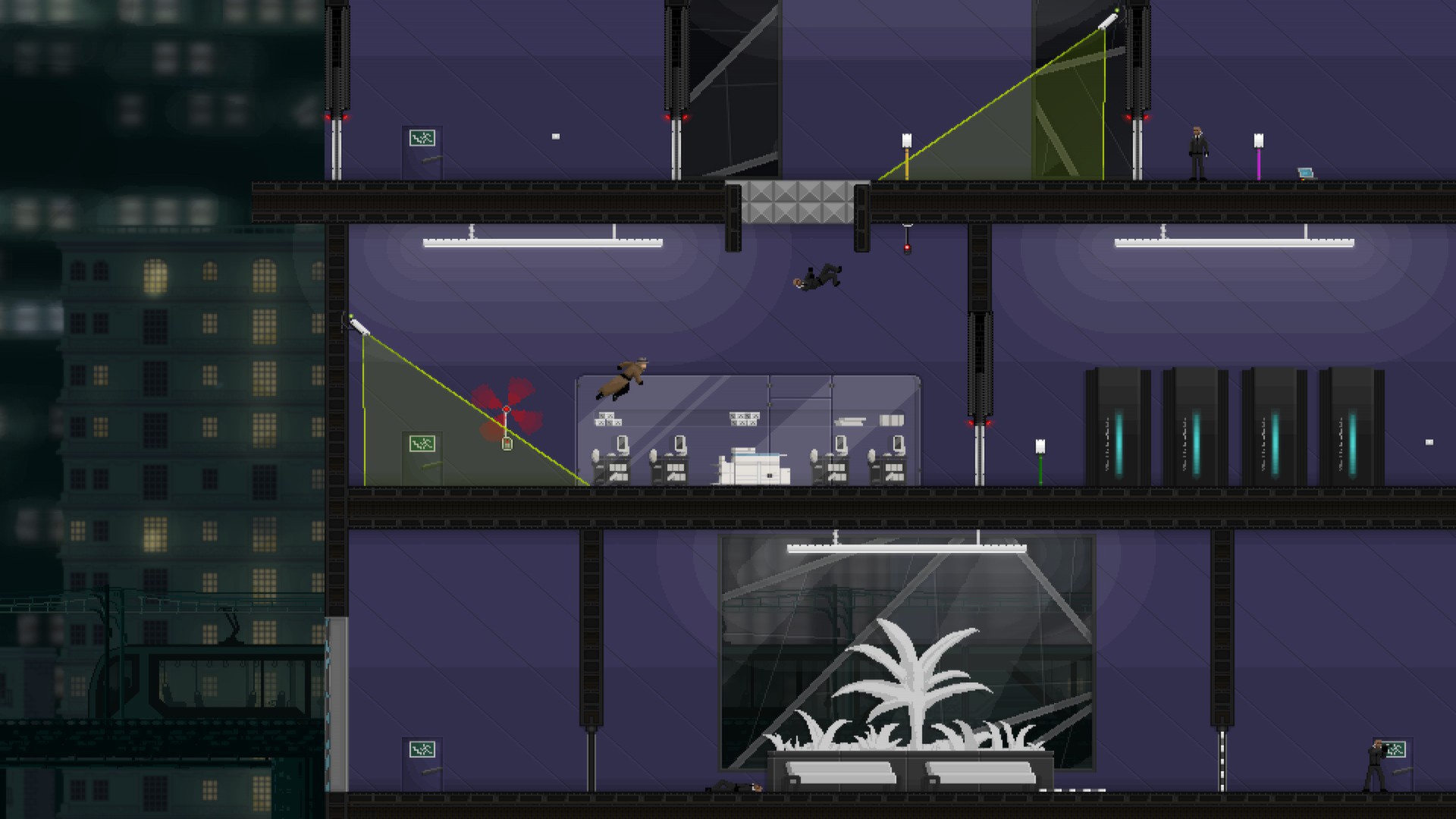 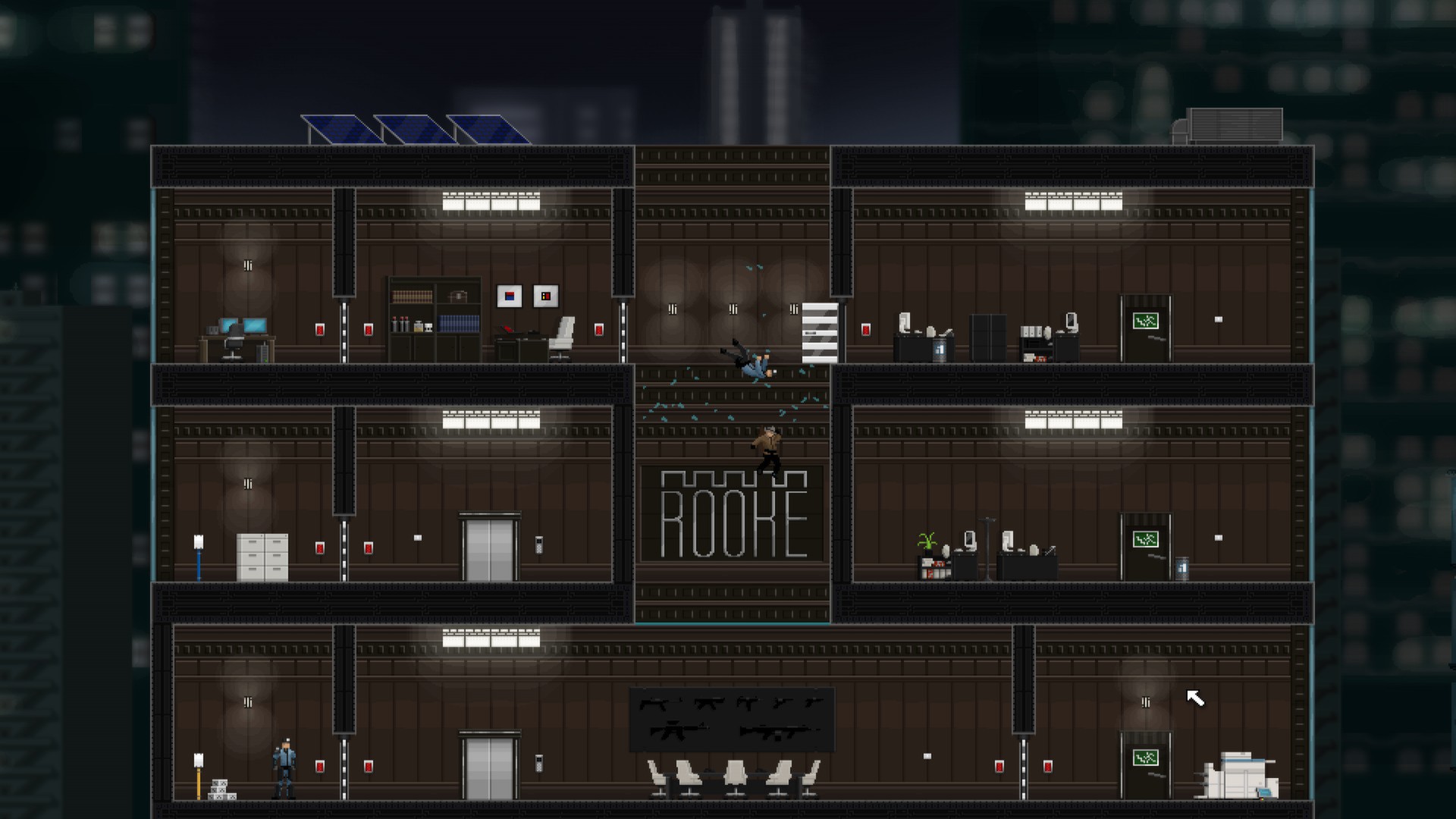 Equipe Baixaki
Oferta exclusiva do SteamPurchase Gunpoint from Steam and receive an exclusive Team For...

The Crosslinker's Coil
Did you know: before the mercenary fashion world discovered the obvious style and mental health benefits of wearing 22 feet of powered electrical cable around your head, people once wore hatbands made from 'silk' or other barely-lethal textiles! Strange but true.

The Special Edition of Gunpoint includes:

Caution: shooting a developer while he's talking ends his current commentary track. This kills the developer.

The Exclusive Edition includes all of the items in the Special Edition plus:

Gunpoint is a stealth puzzle game that lets you rewire its levels to trick people. You play a freelance spy who takes jobs from his clients to break into high security buildings and steal sensitive data.

To get past security, you'll need to make creative use of your main gadget: the Crosslink. It lets you see how all the security devices in a level are wired up, and then you can just click and drag with the mouse to wire them differently. So you can connect a lightswitch to a trapdoor, then flick it when a guard walks across to make him fall through.