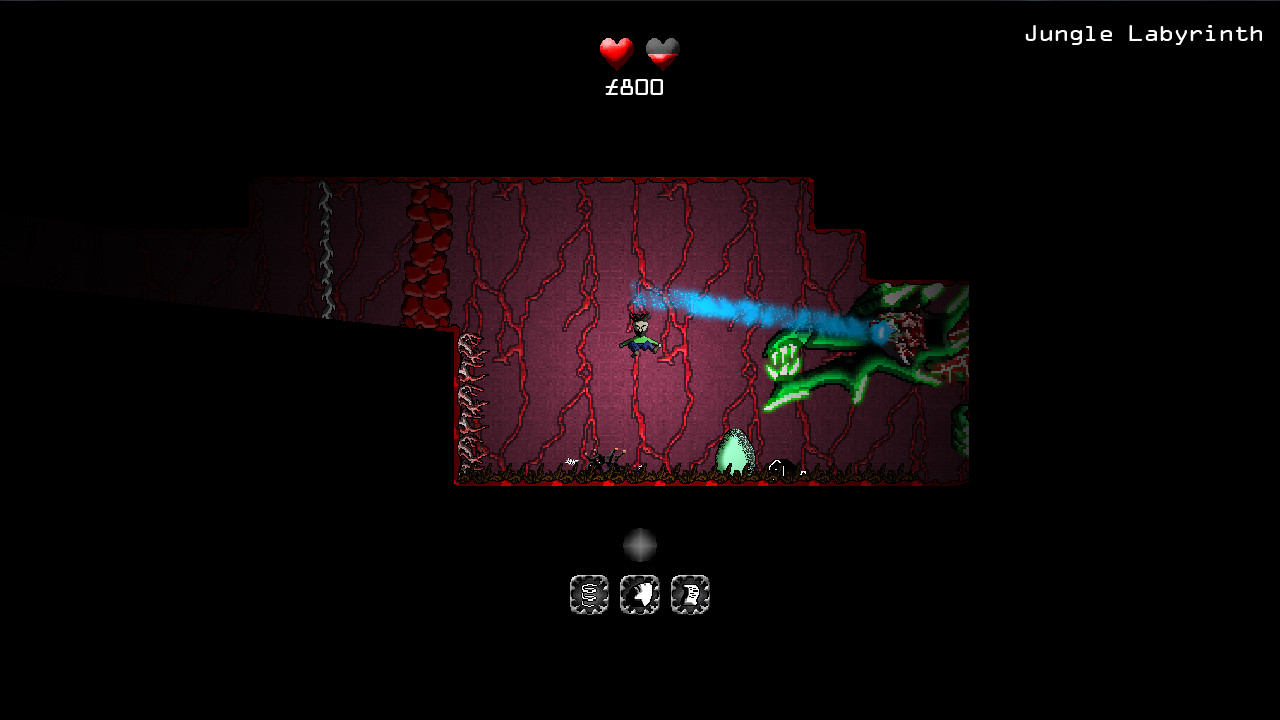 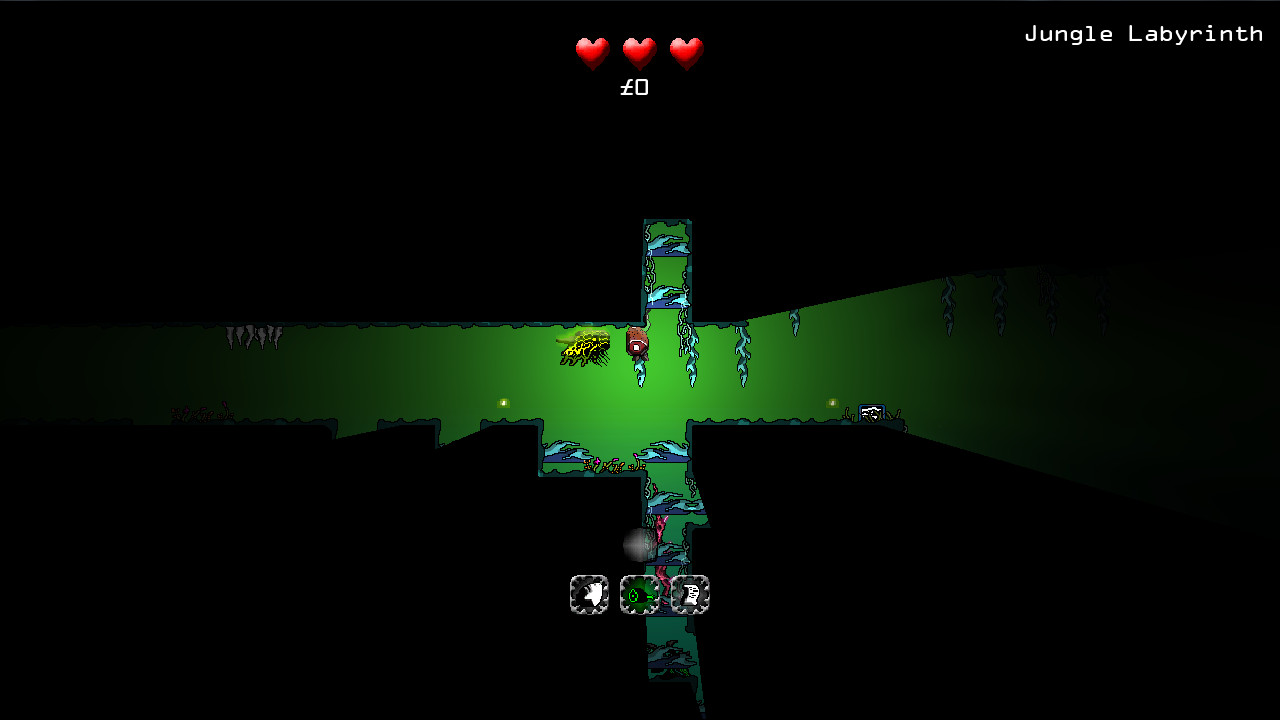 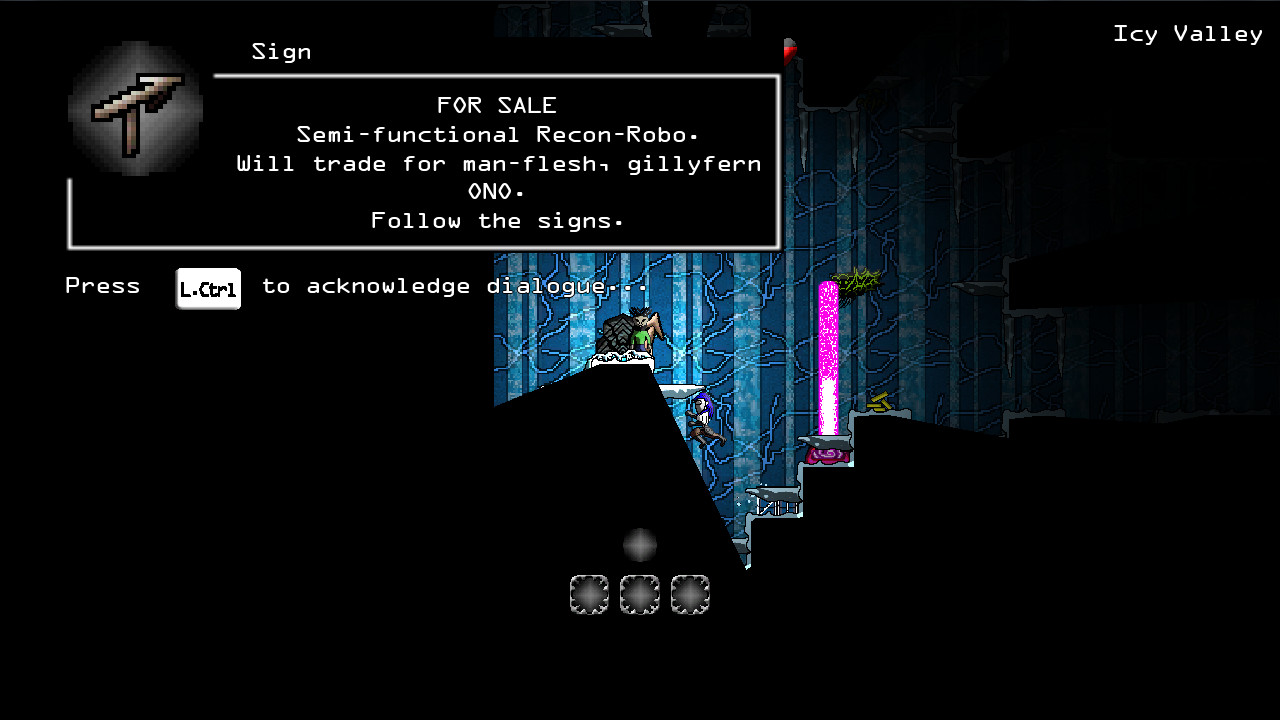 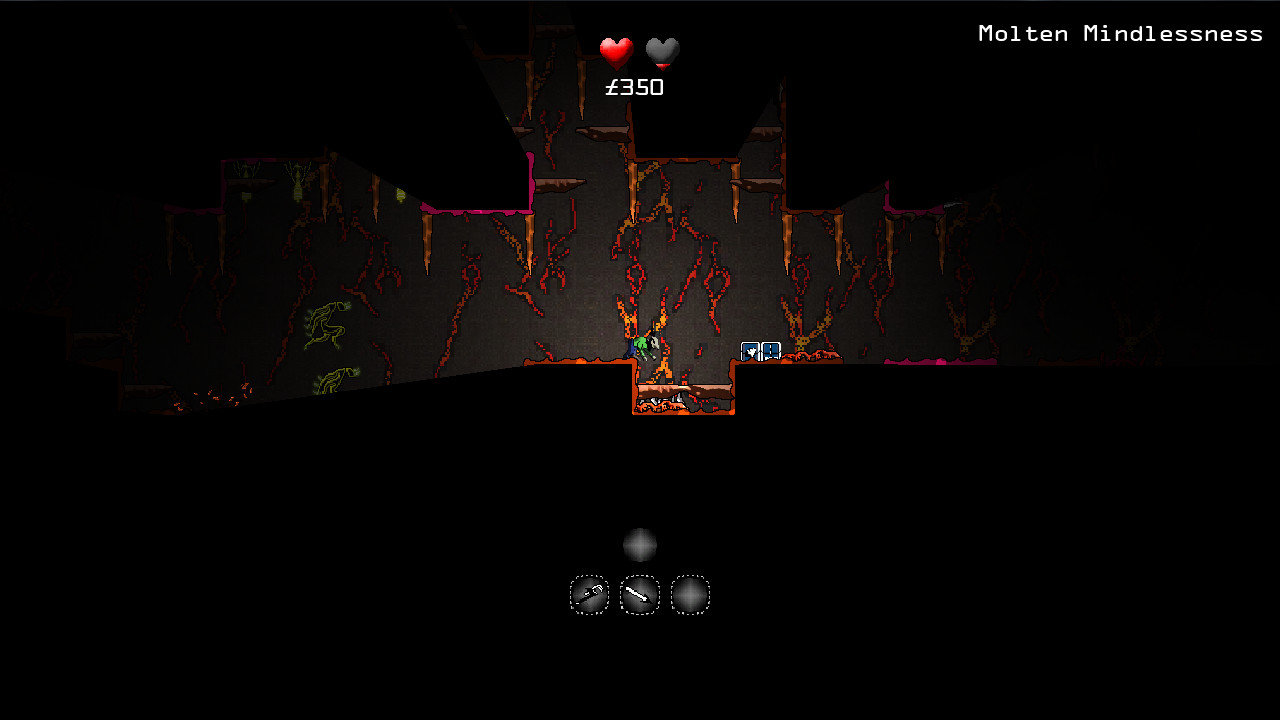 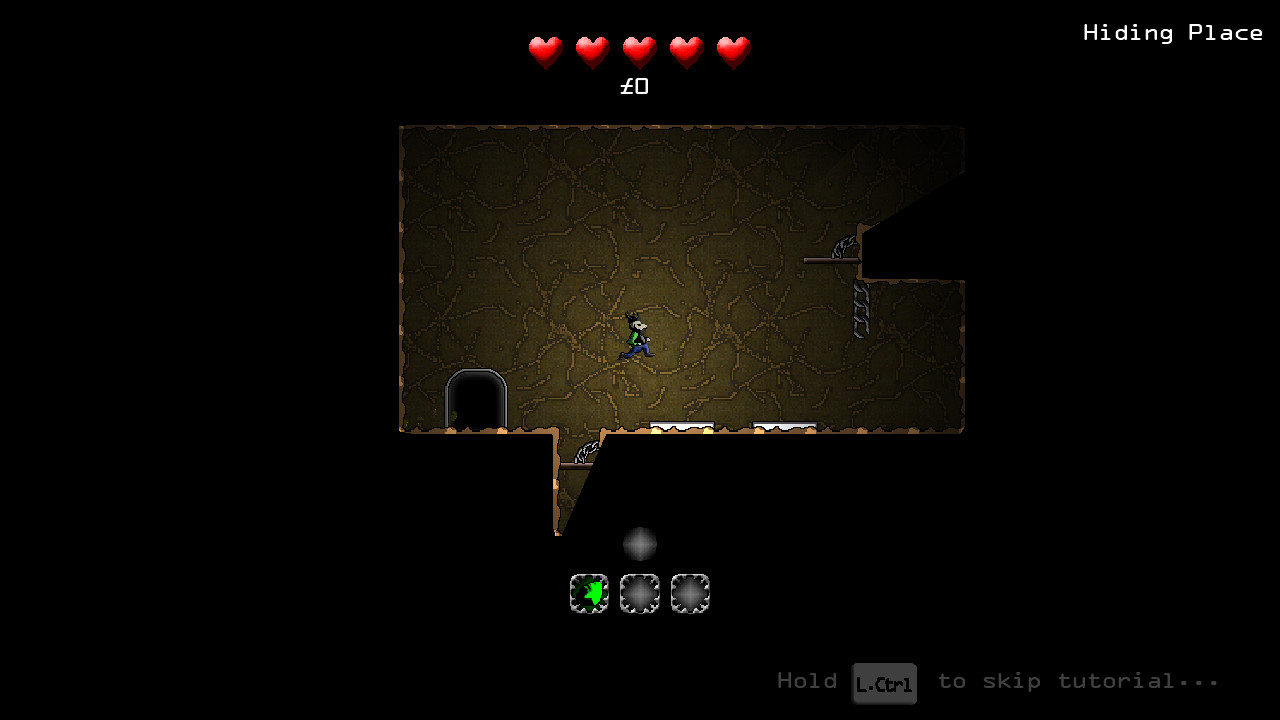 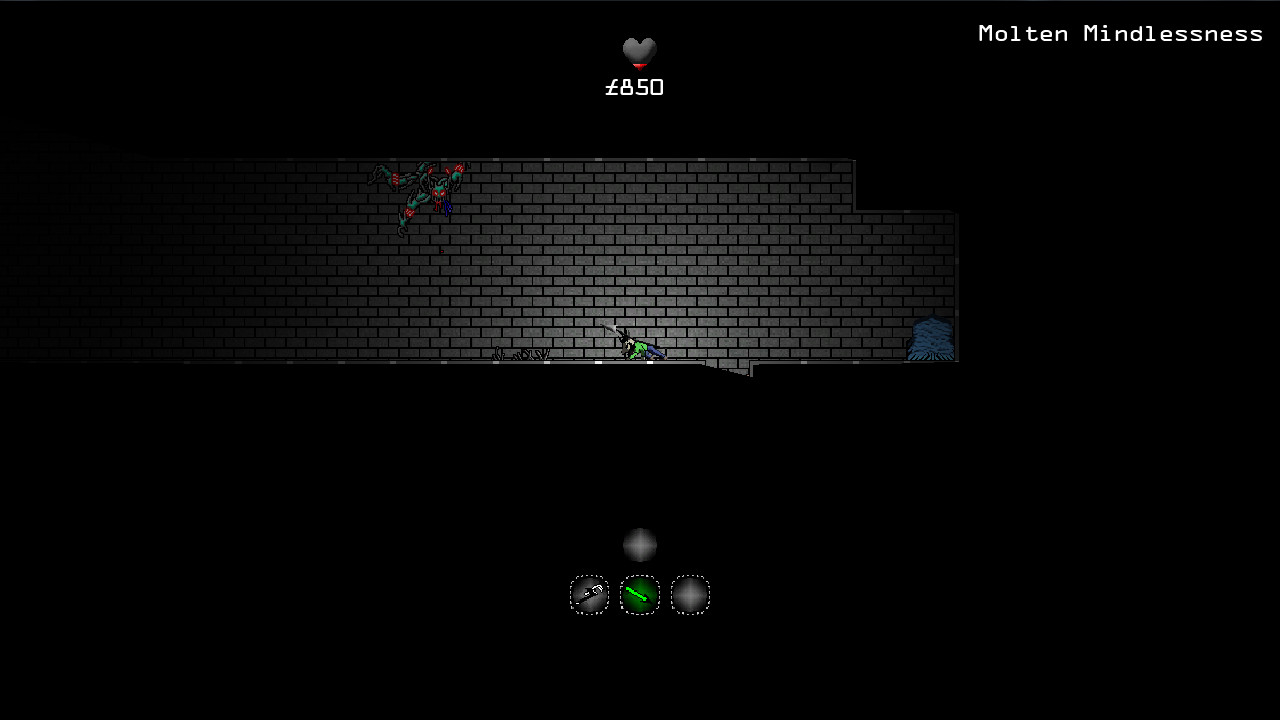 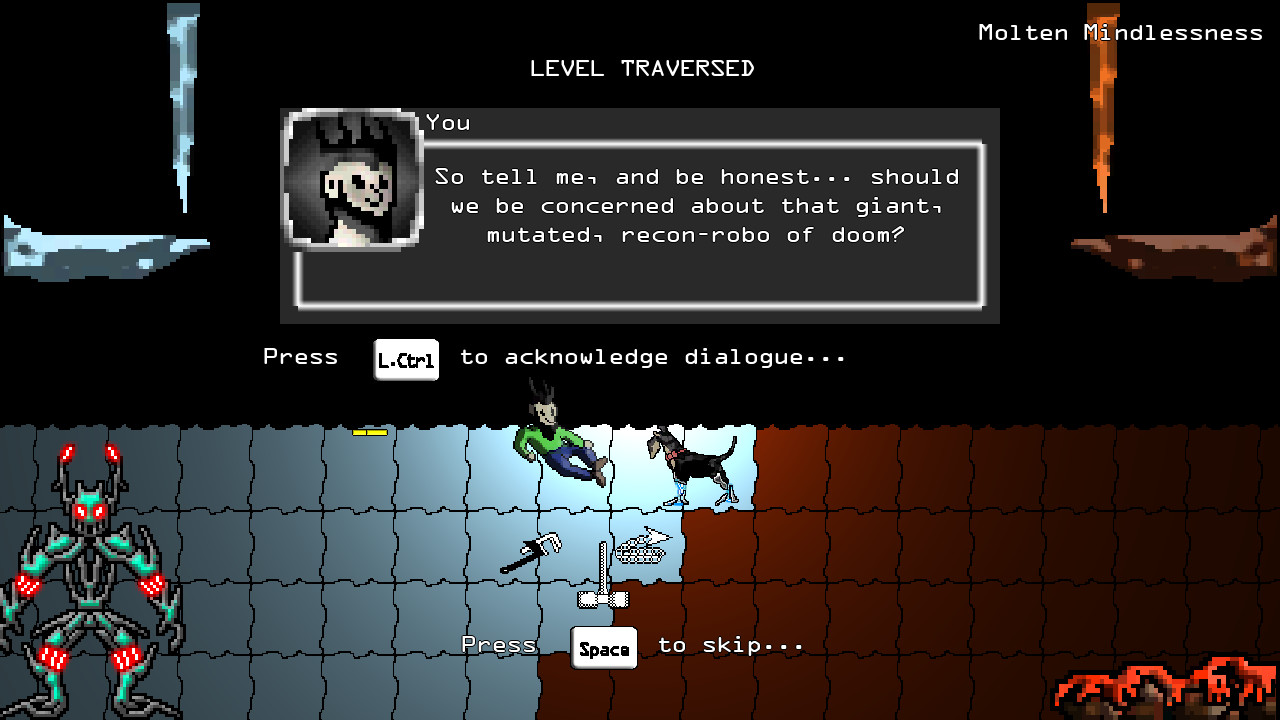 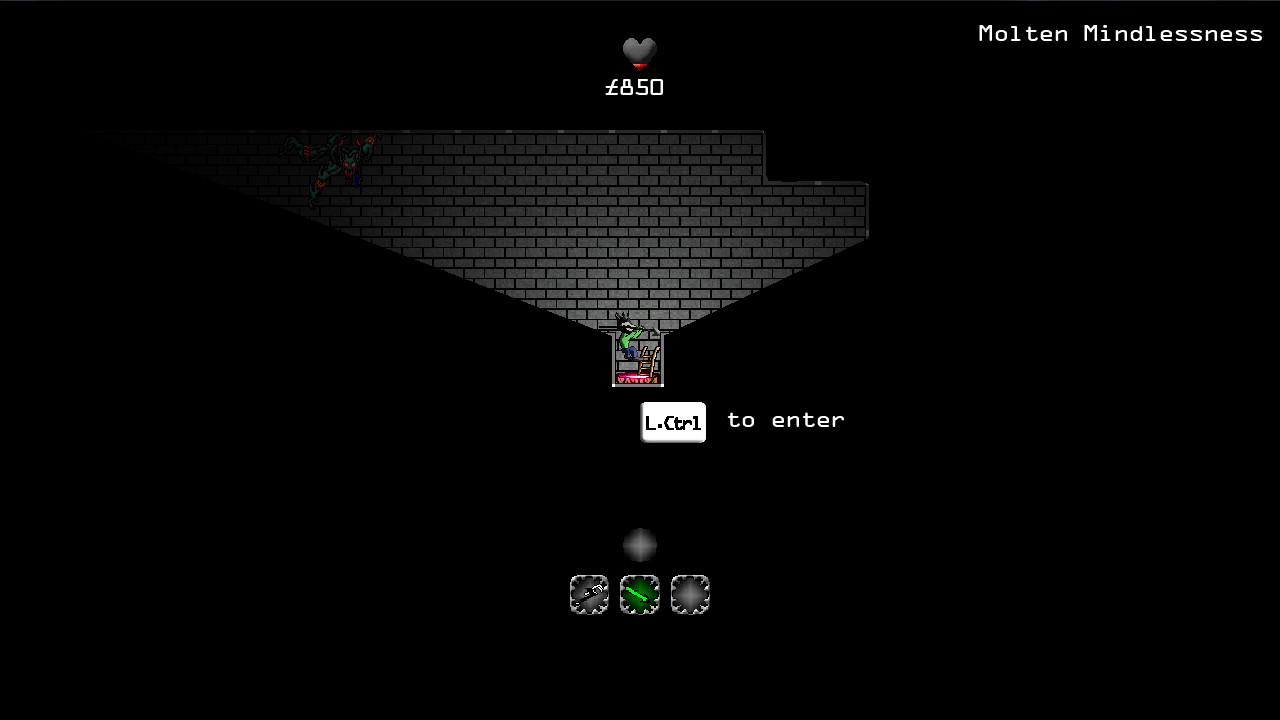 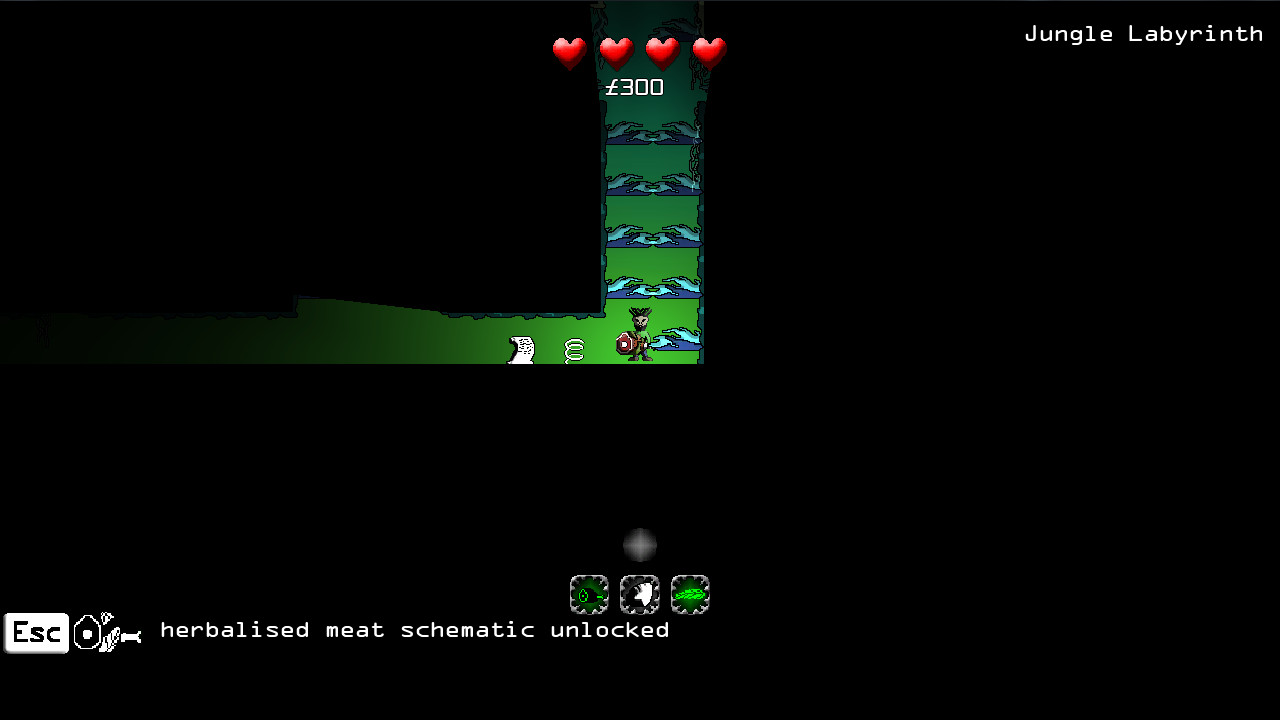 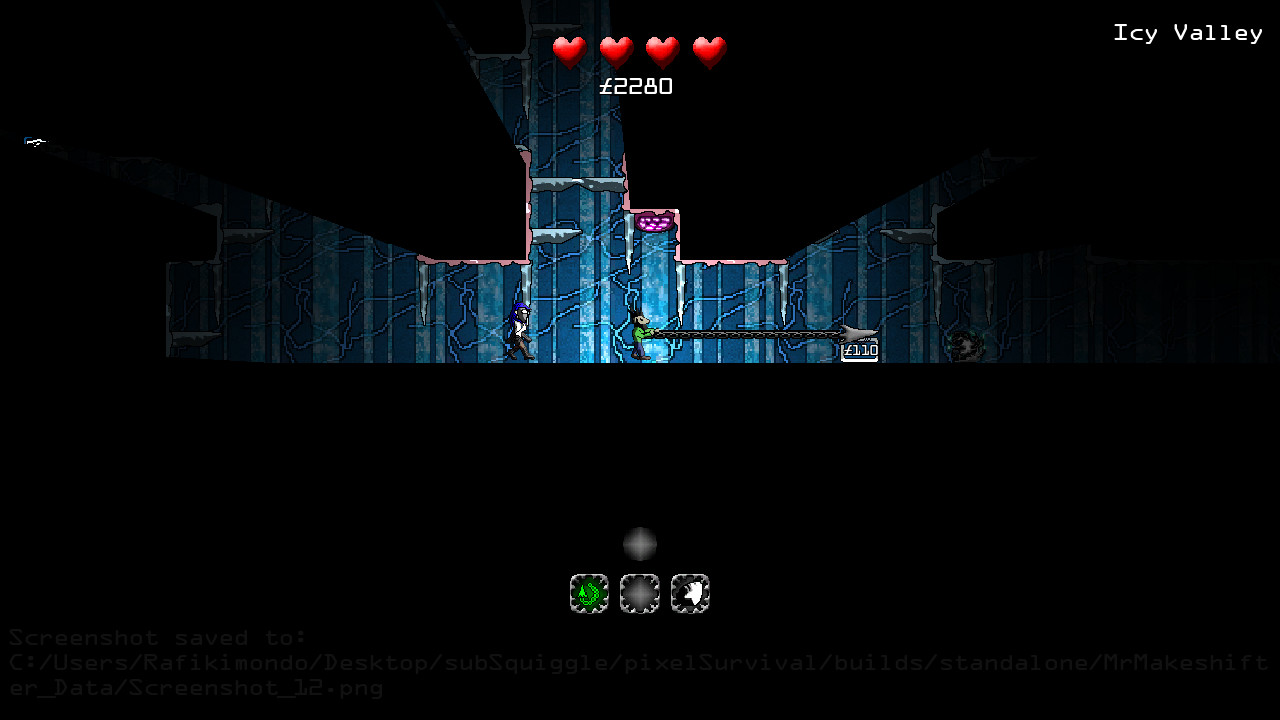 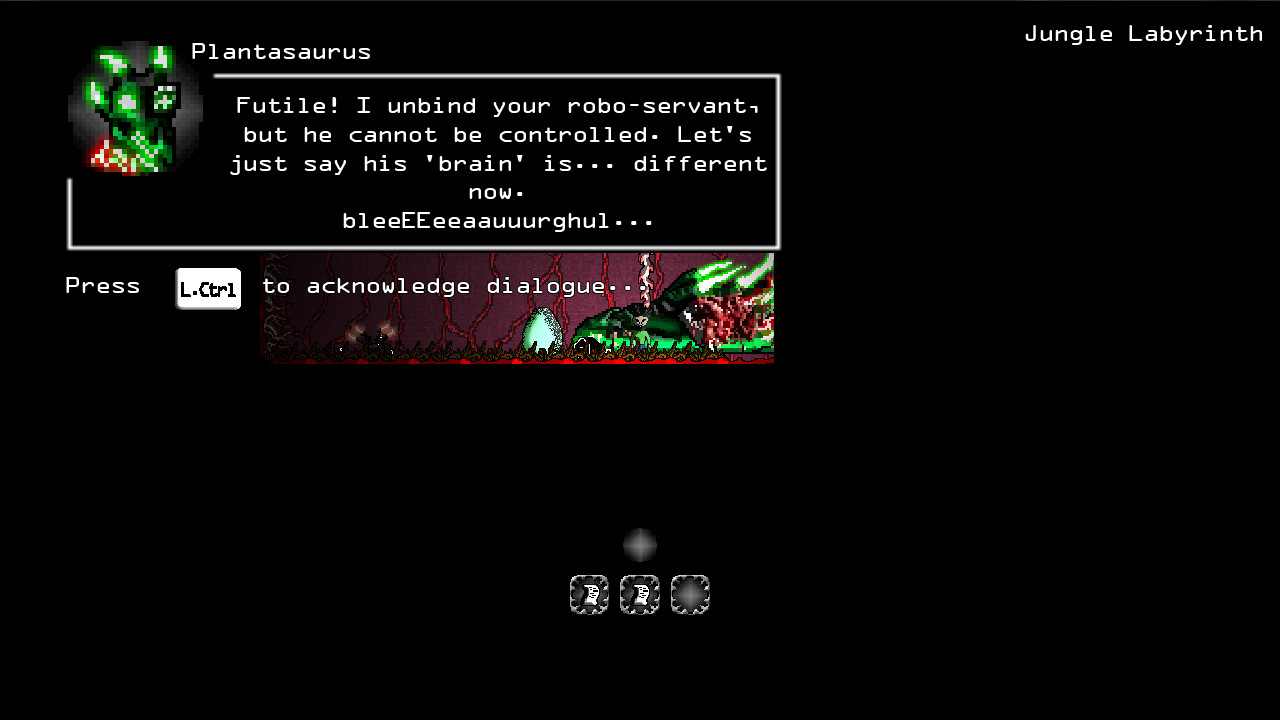 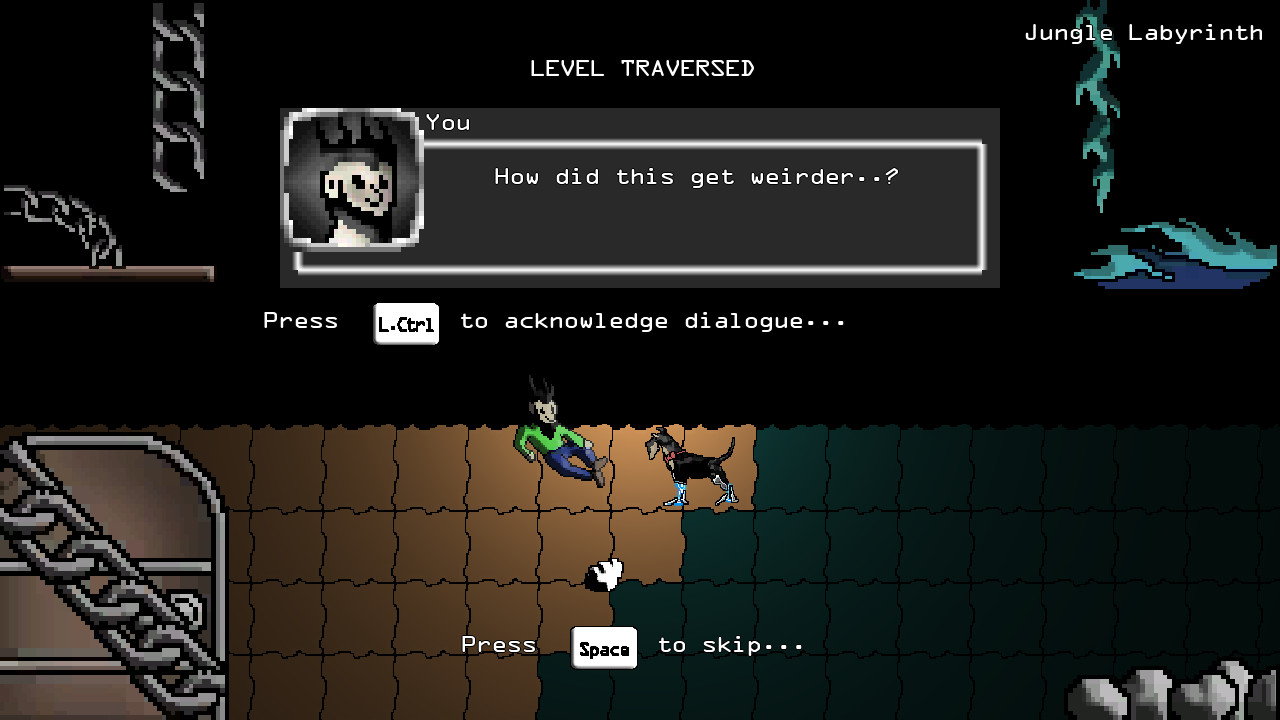 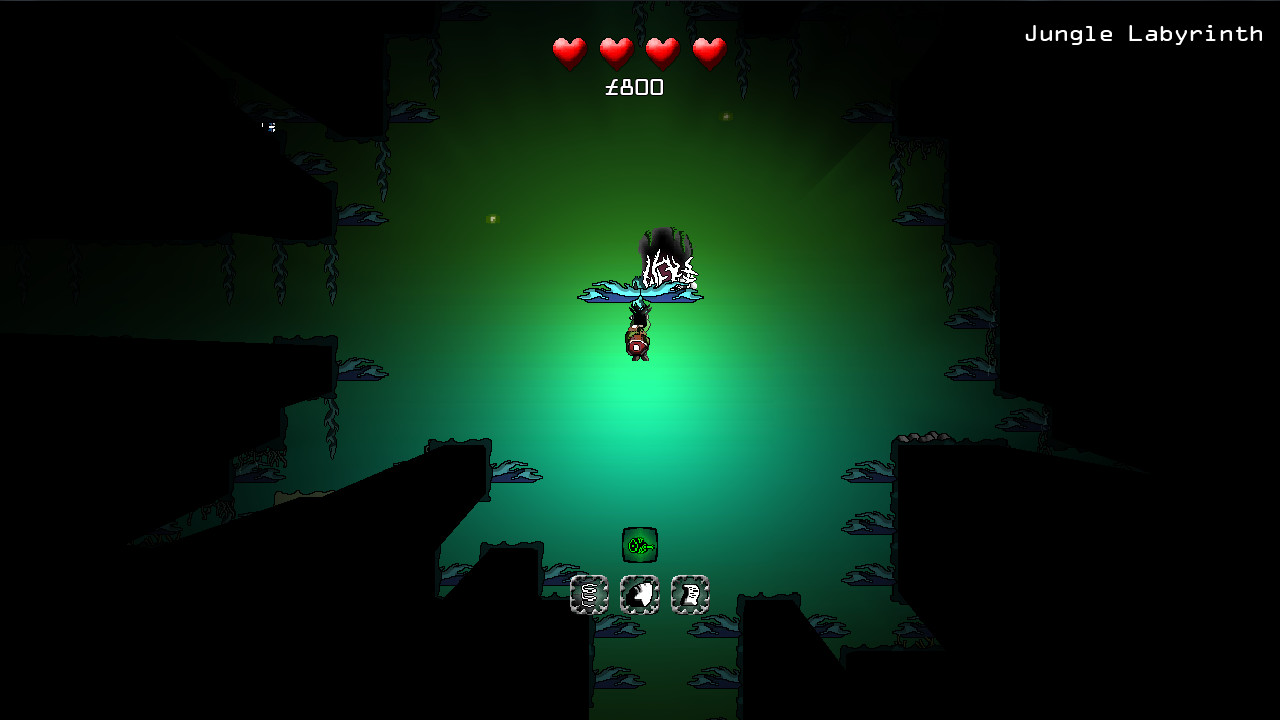 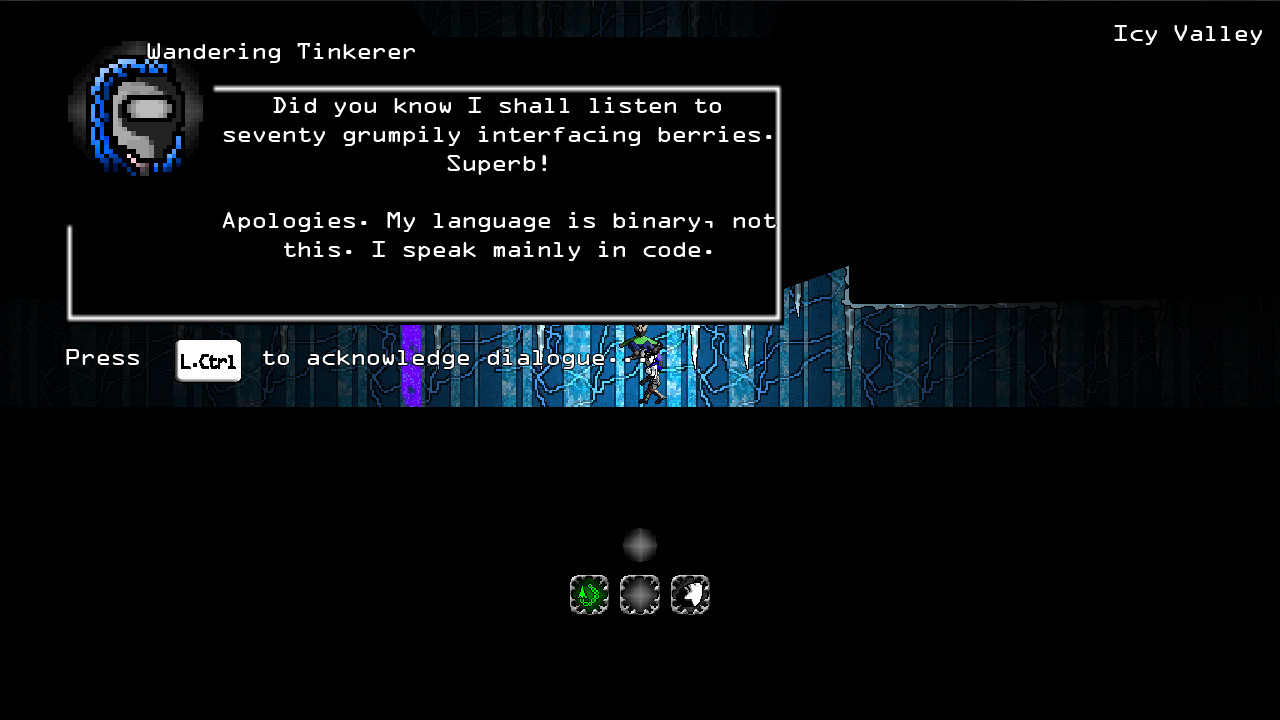 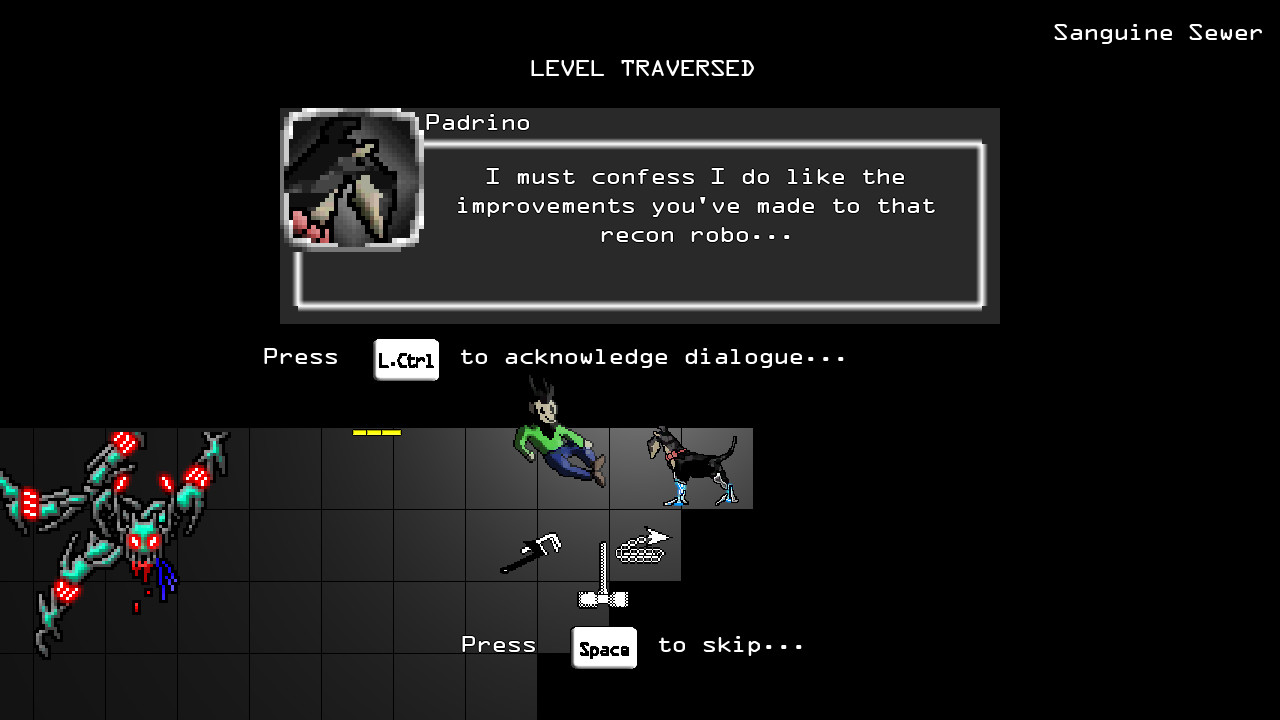 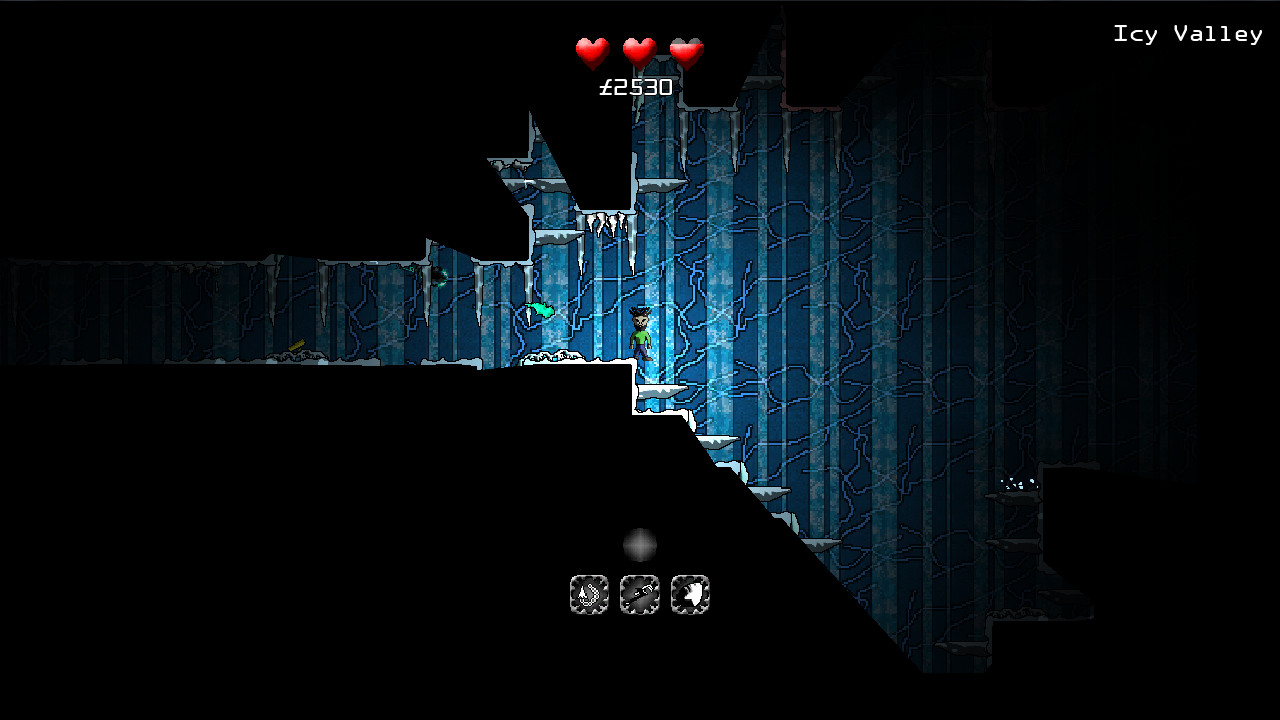 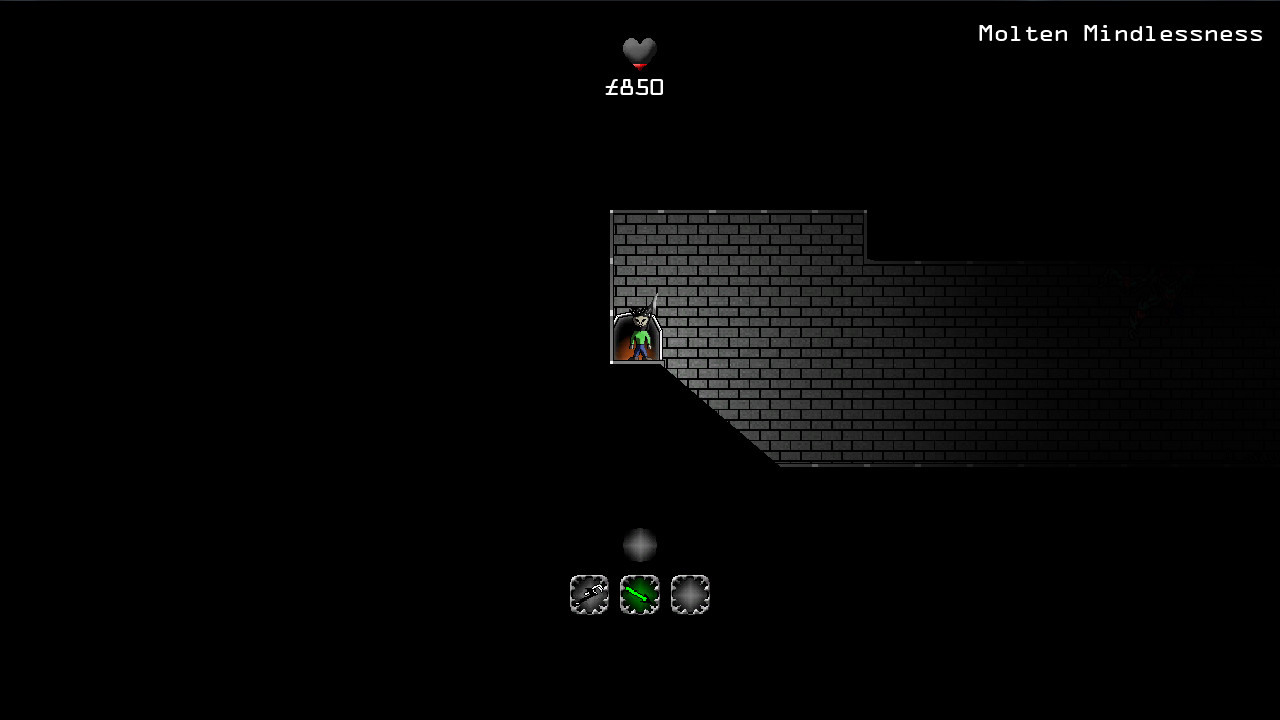 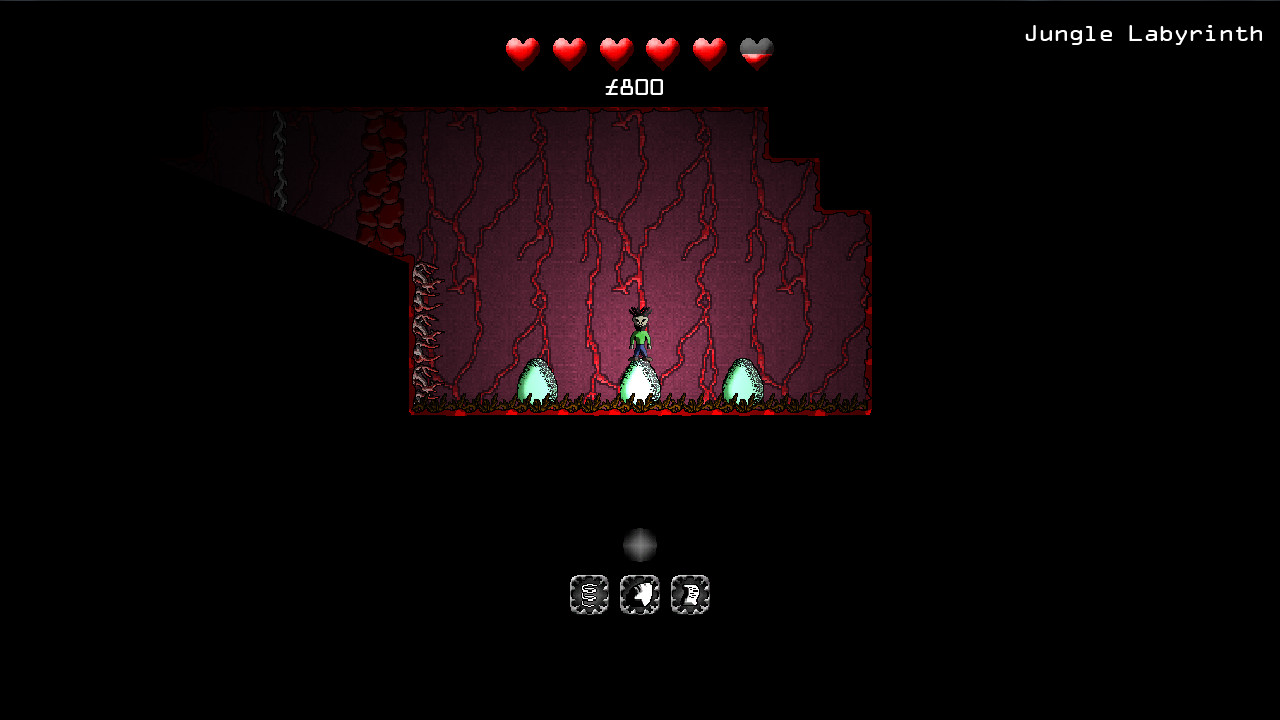 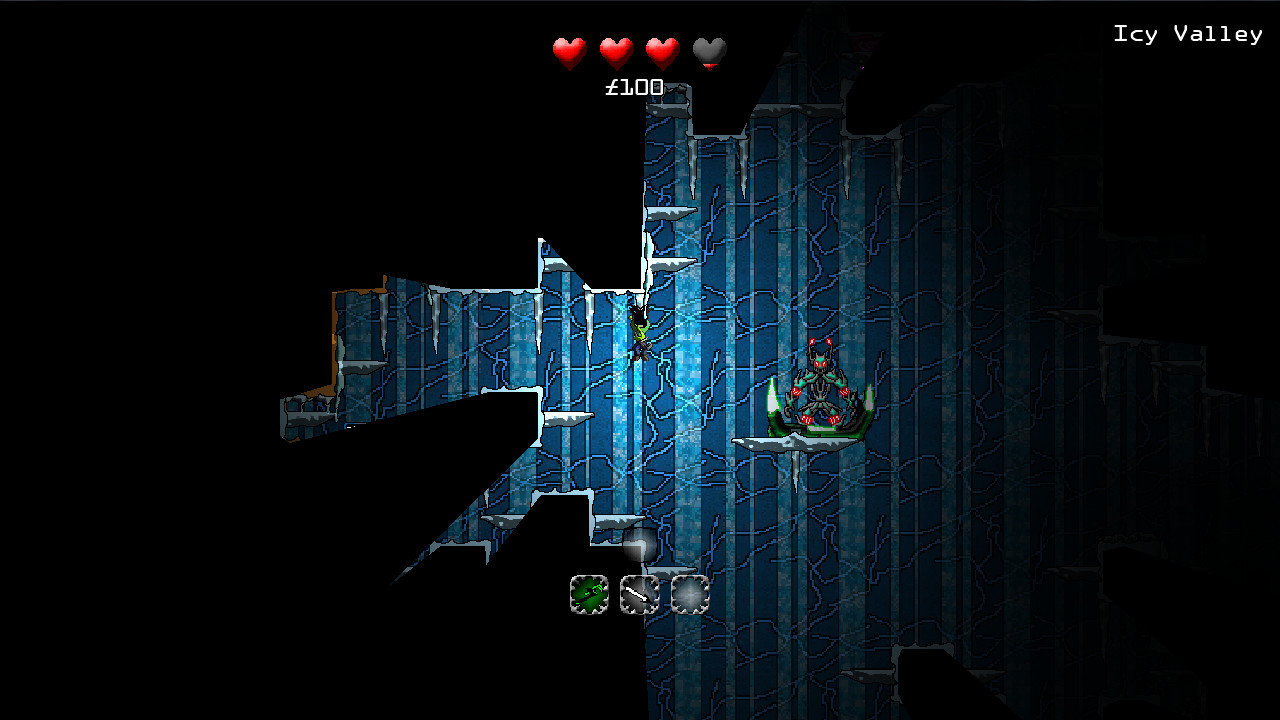 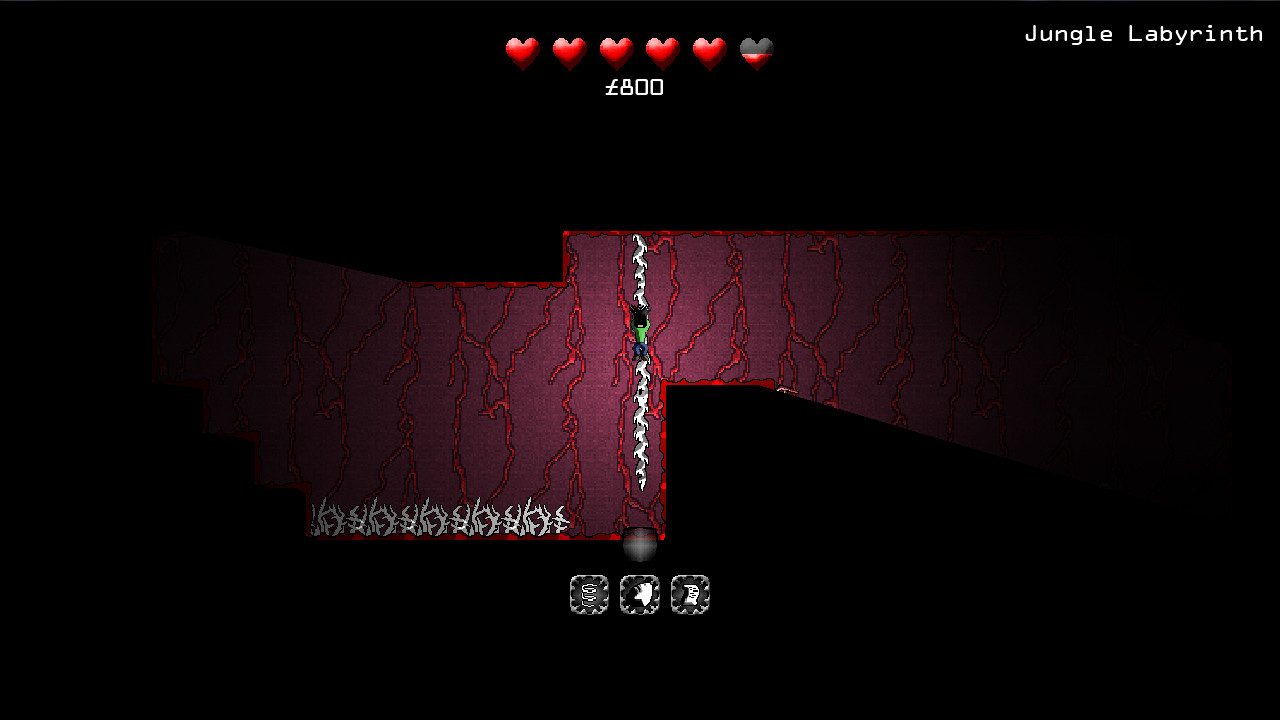 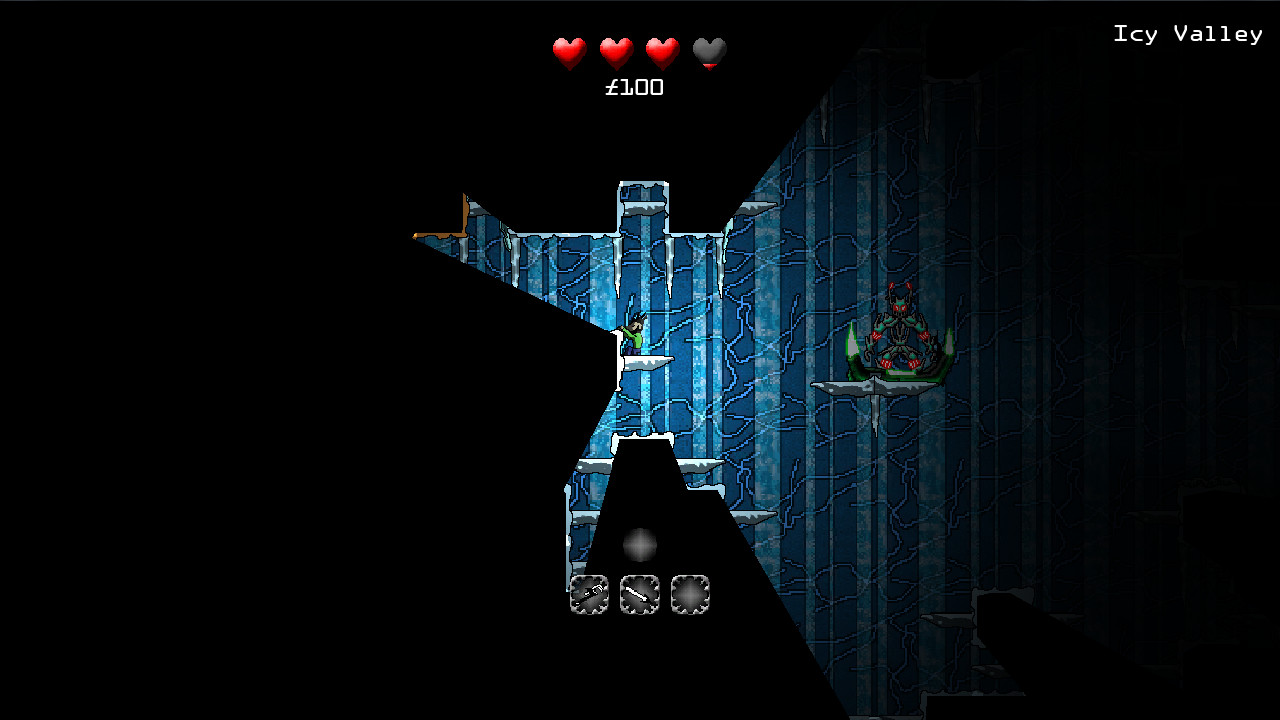 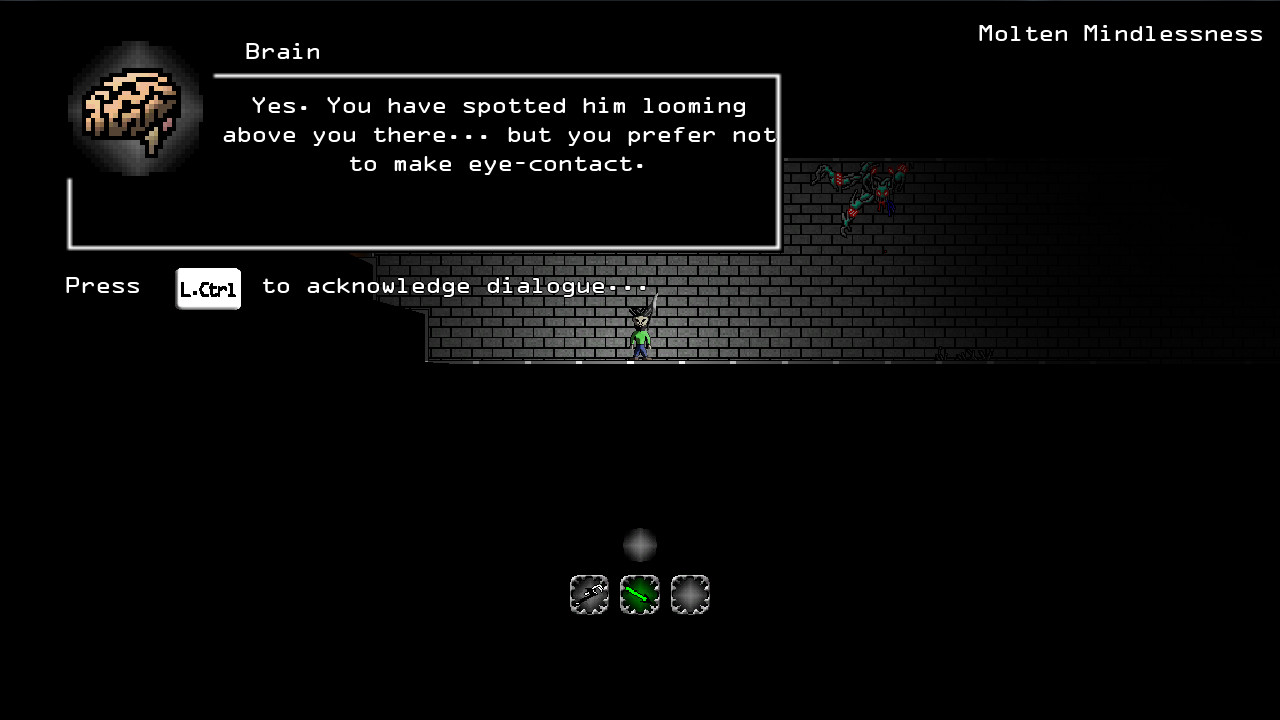 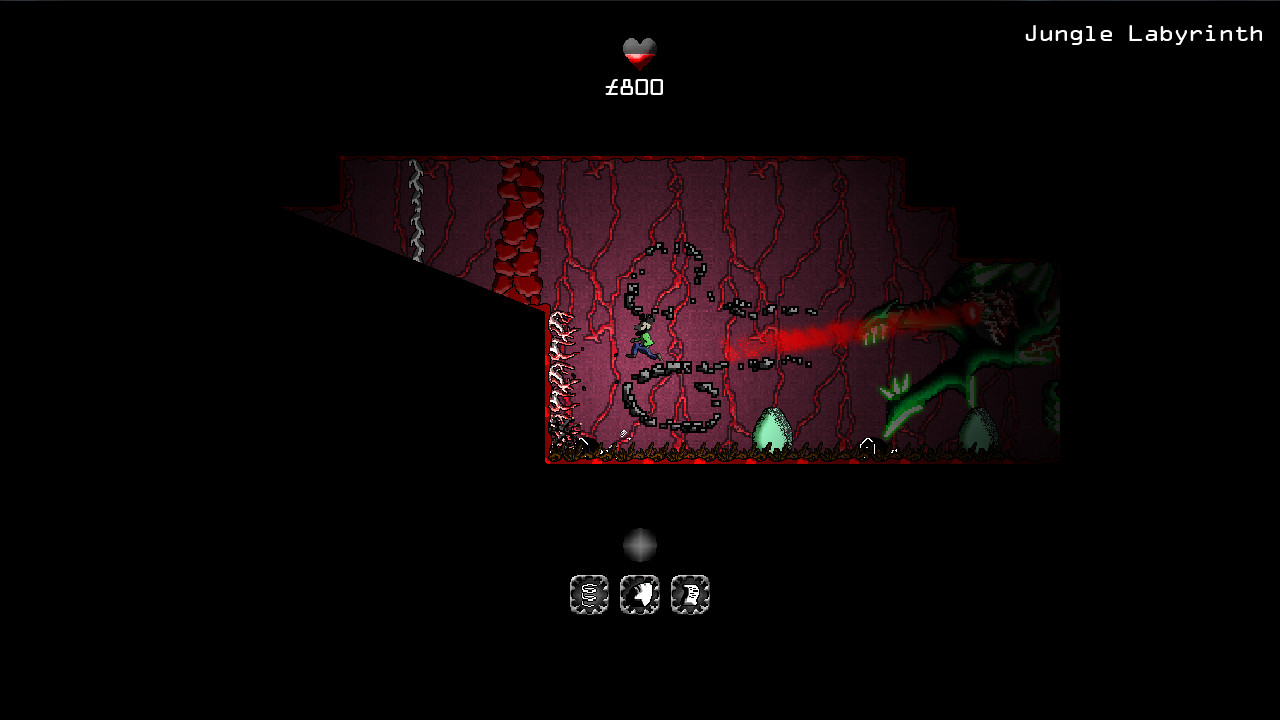 Player-driven Endings
Semi-pseudo-random puzzle elements designed to encourage exploration and backtracking are harnessed in the form of player-driven-endings. You can choose not to `win the game` by reaching a number of exits, but to trigger your own narrative loose ends to tie up into your own ending.
For example, you may encounter a wandering creature and kill the poor thing. But you might equally choose to befriend the creature. It may lay an egg. This egg may hatch. The hatchling may follow you. A few events down the narrative line and this creature may influence a unique ending for you. You force these into happening through your own decisions.

Action-Driven `Narrative`
Decisions feel organic and action-driven, rather than dialogue choice driven.
For example, where you might elsewhere have previously just chosen from a list of dialogue options, you will instead actually perform an action, (punching, following, ignoring, acknowledging... etc).
Where you might elsewhere have selected a reward for doing well, you are instead led towards choices that are favourable and tools that are more useful for making tool combinations with, to maintain the momentum of play.