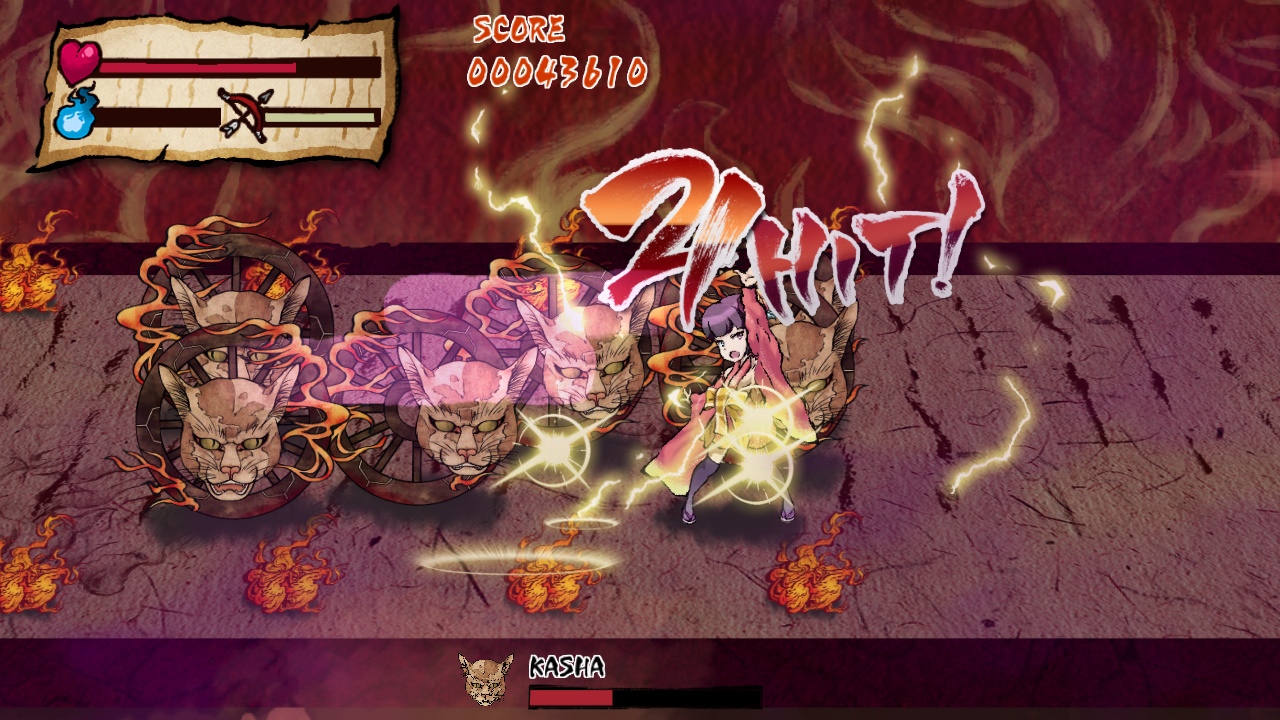 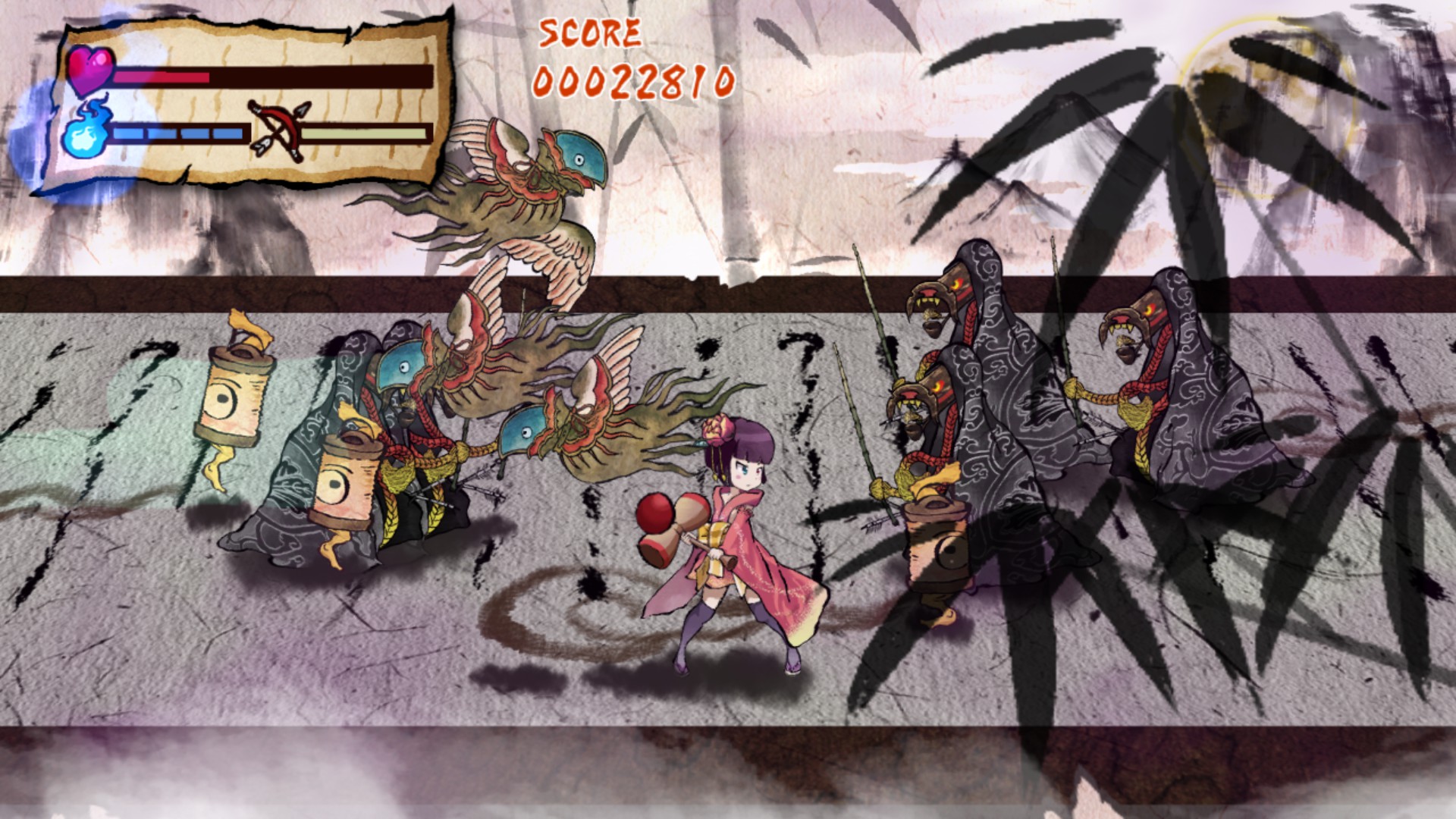 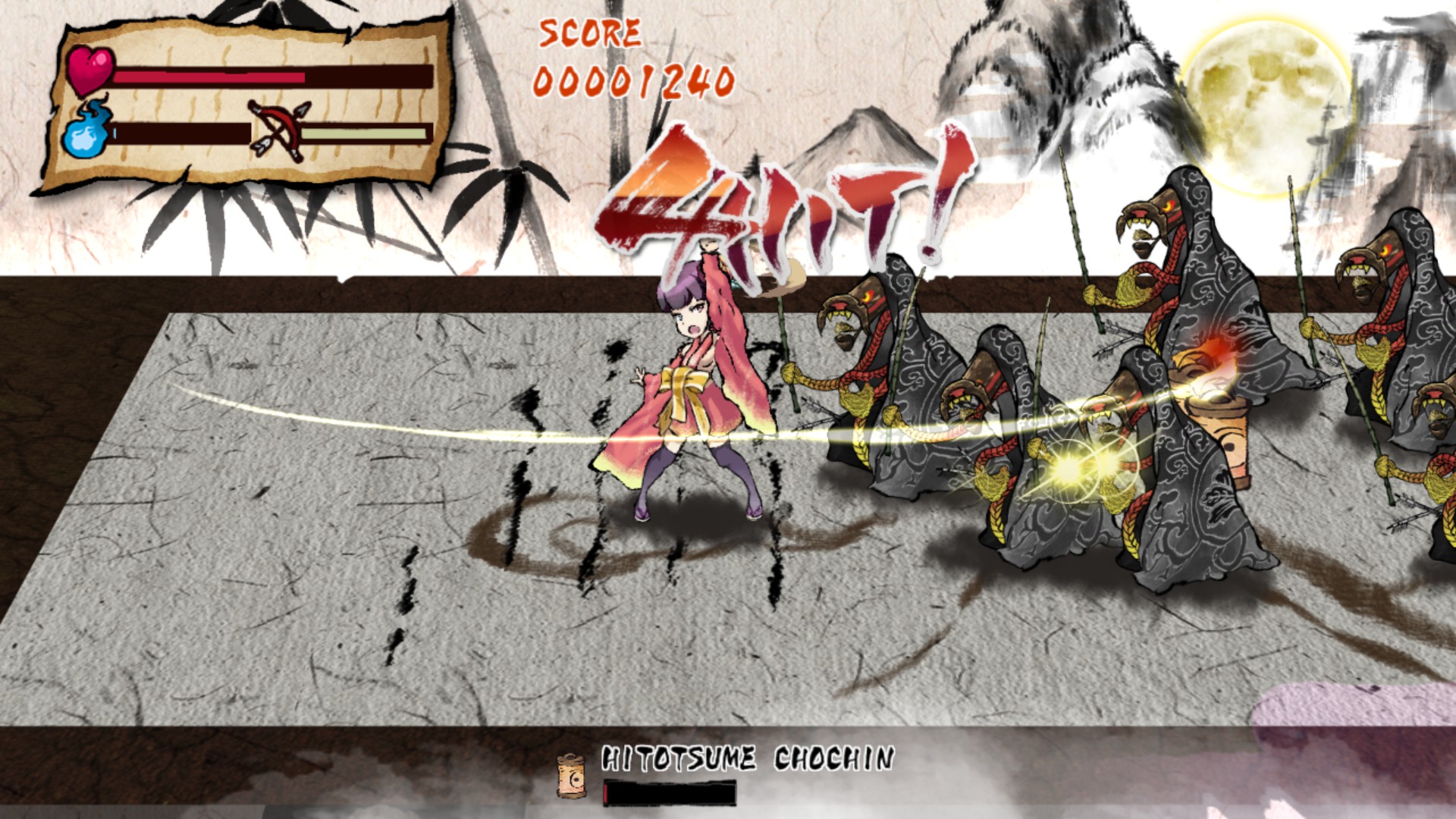 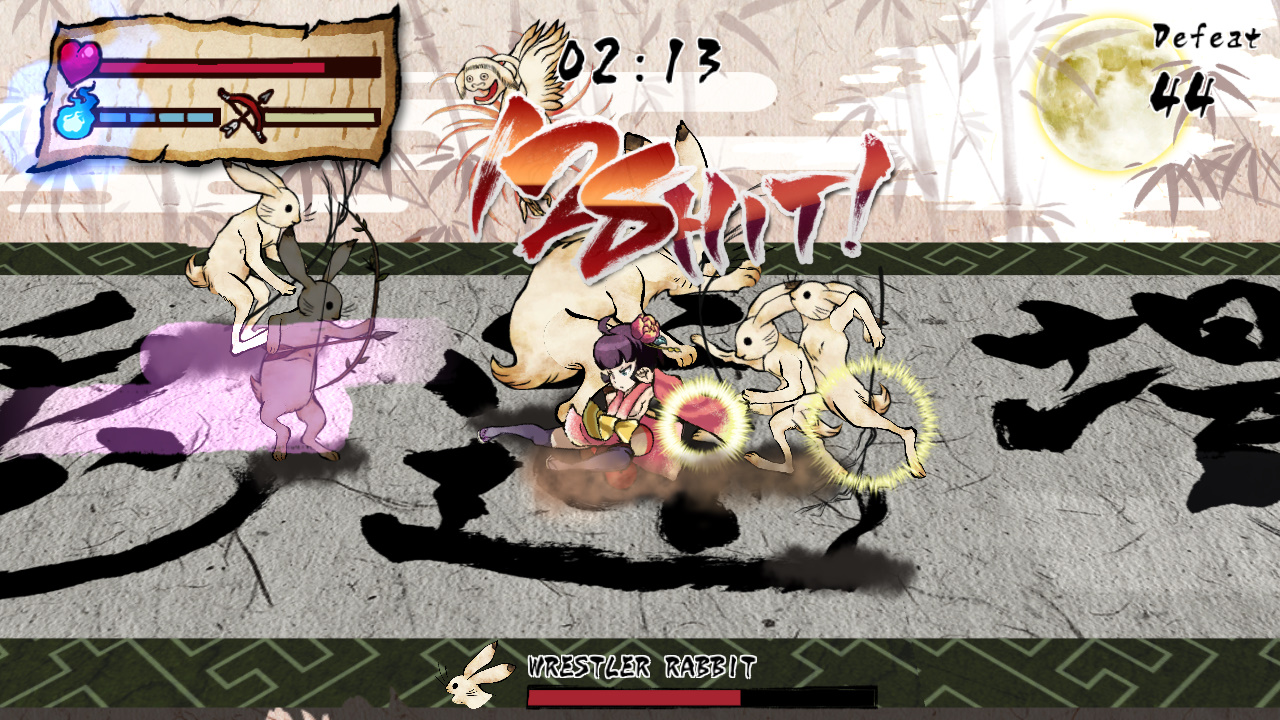 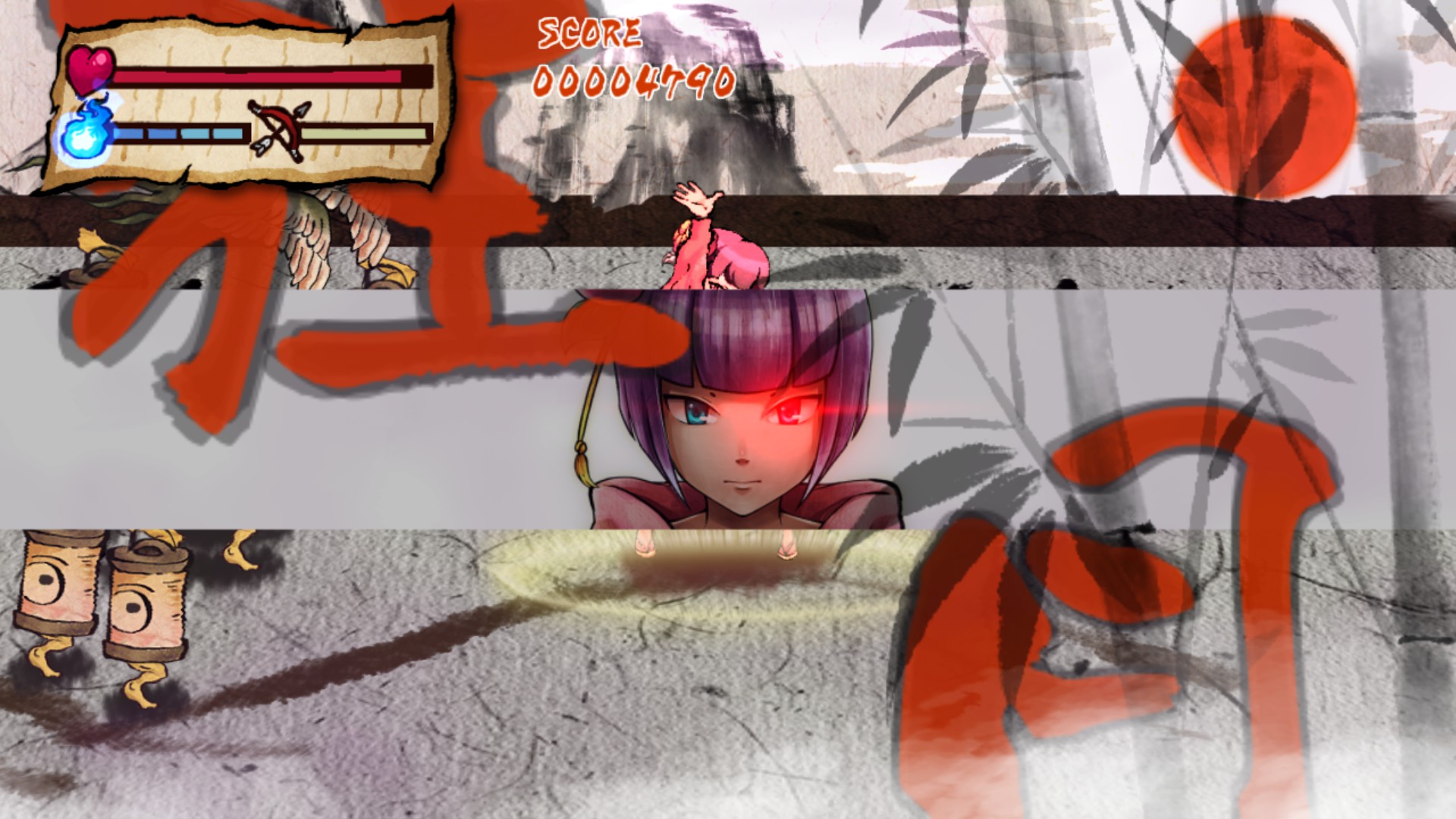 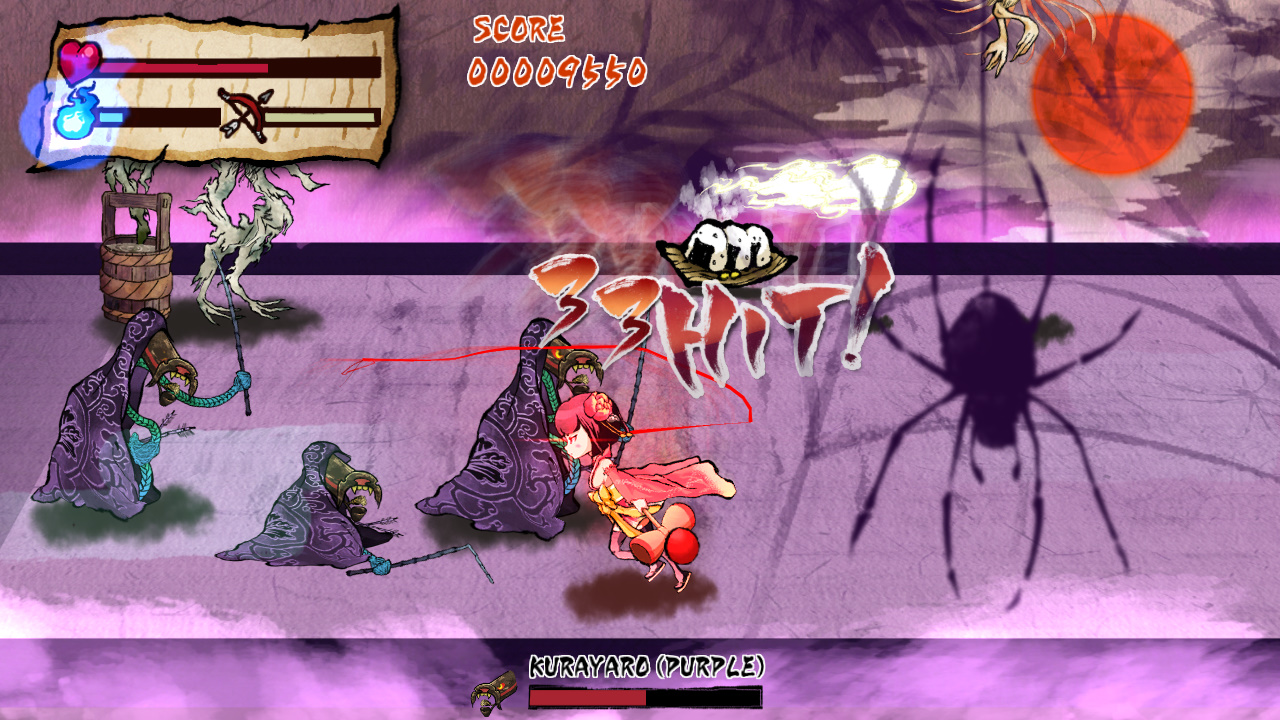 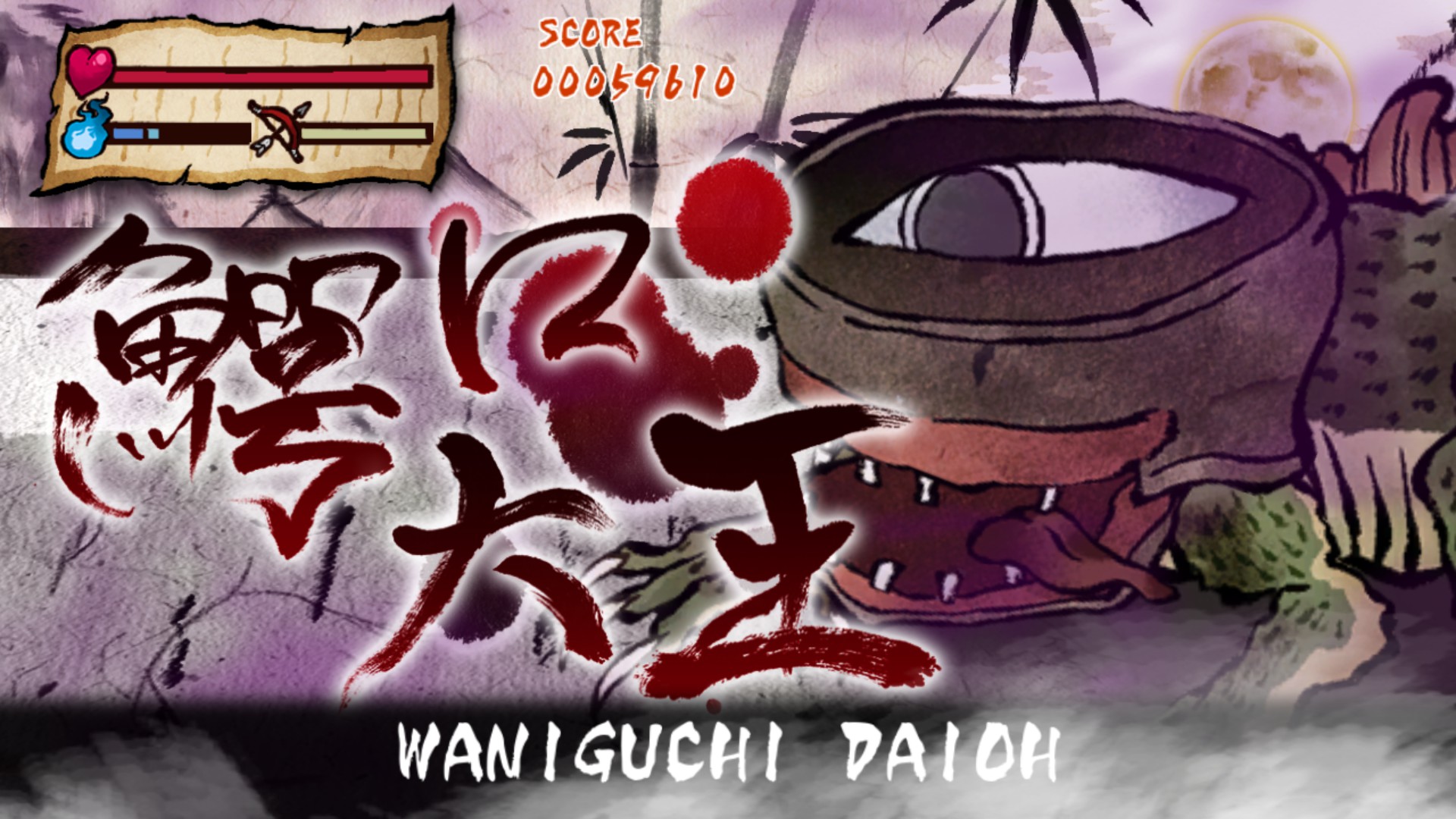 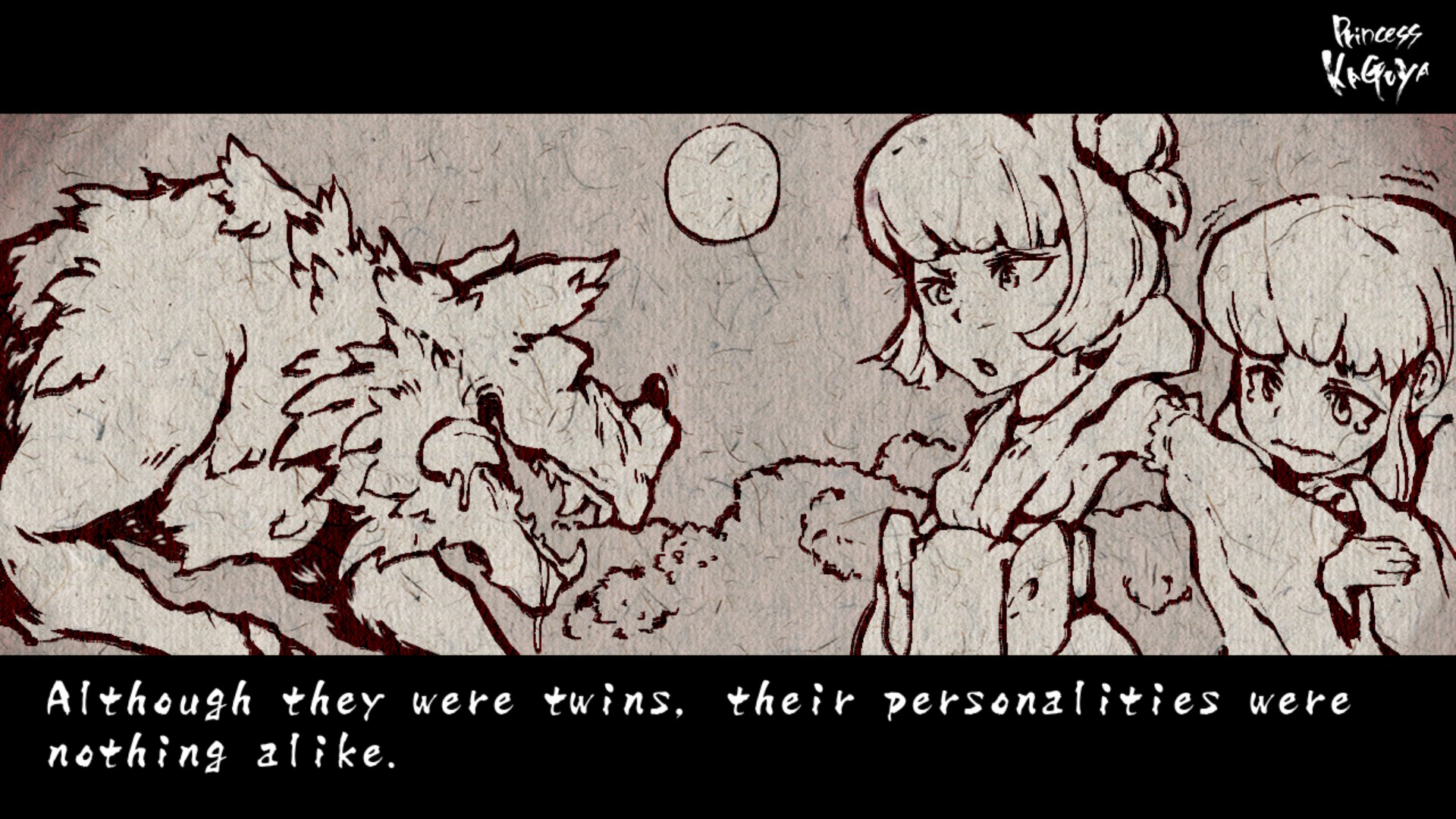 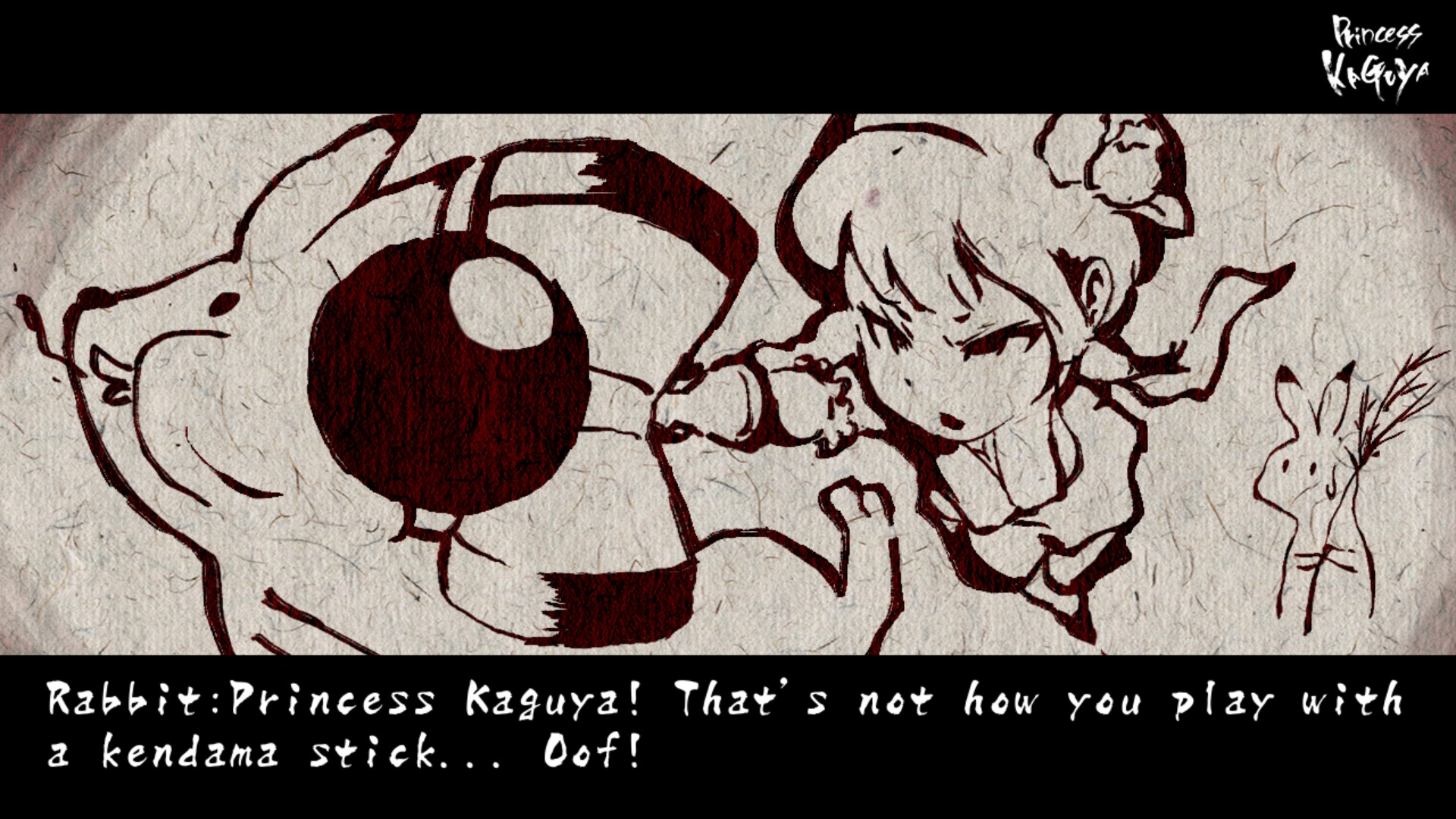 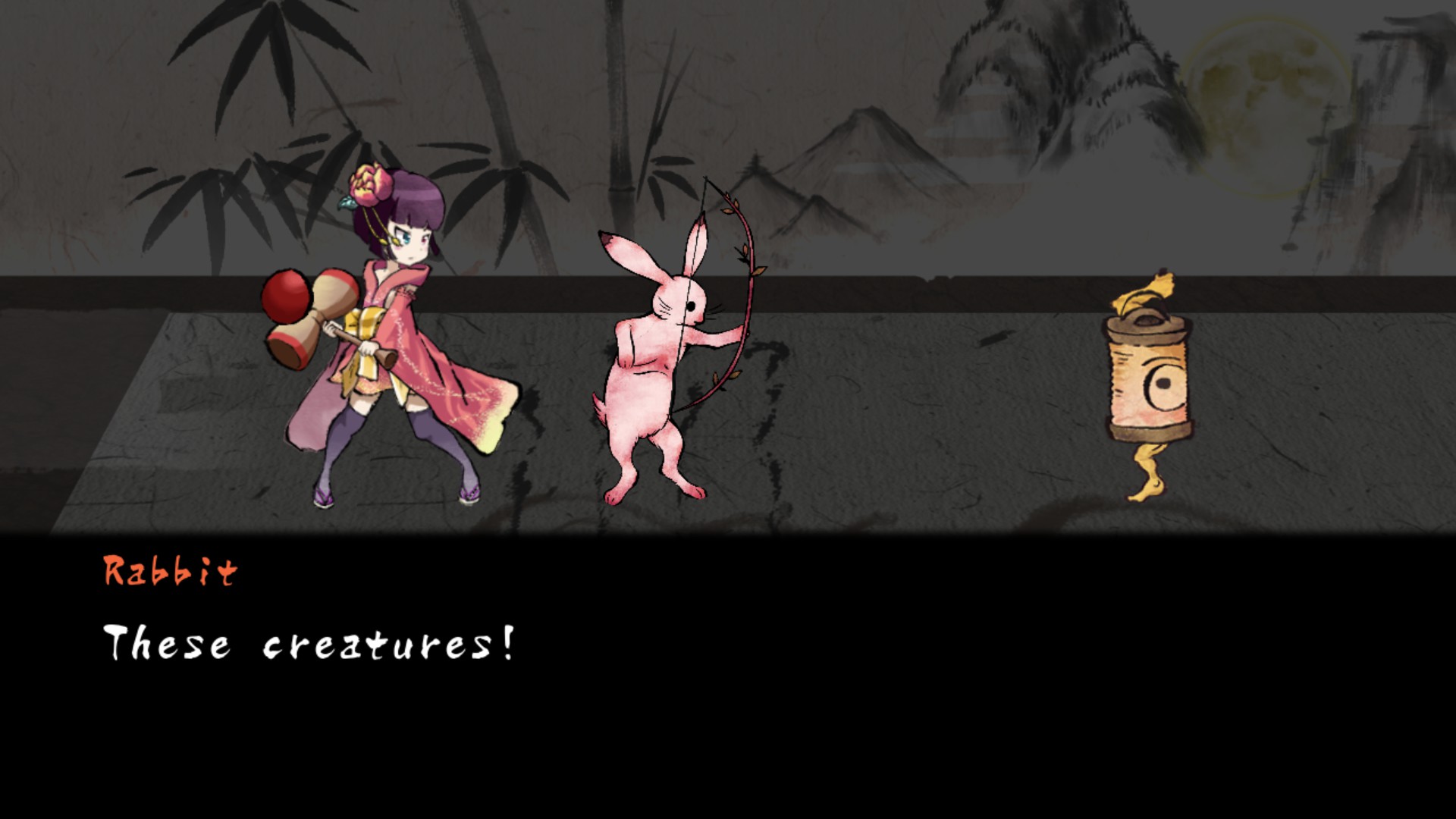 ¦Story Once upon a time, the Wicked God brought great calamities upon this world.
It spread a deadly plague and sent forth the Evil Spirits of Rivers and Mountains to attack the people.

Amidst the despair, a celestial maiden descended from the moon.
This maiden used her mysterious powers to seal the Wicked God in a single scroll...
And thus, the world once again returned to tranquility.
The celestial maiden remained in this realm to guard the sealed scroll.

Ages had passed, and an era called the Heian had arrived.
Among the descendants of the celestial maiden were two princesses. They were twin sisters—one named Kaguya, and the other named Sakuya.
They were destined to one day inherit the duty of keeping the Wicked God sealed within the scroll.