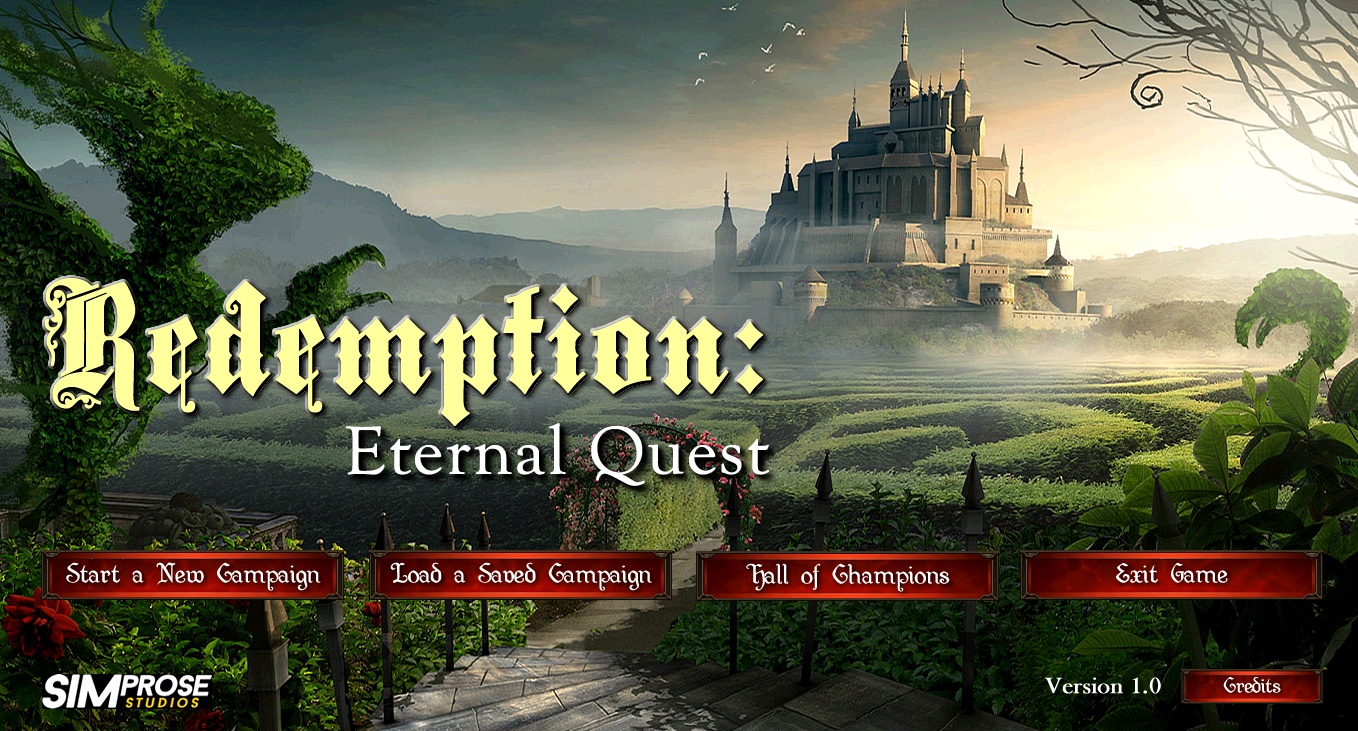 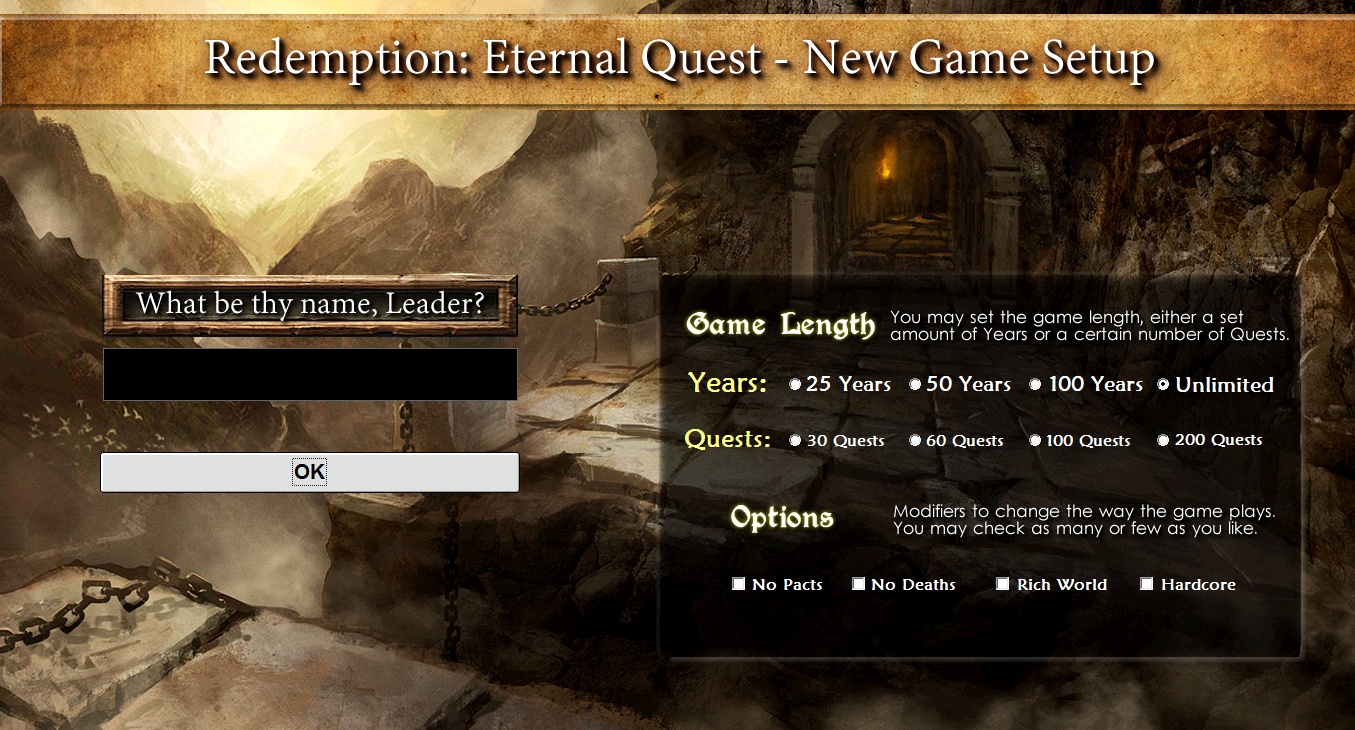 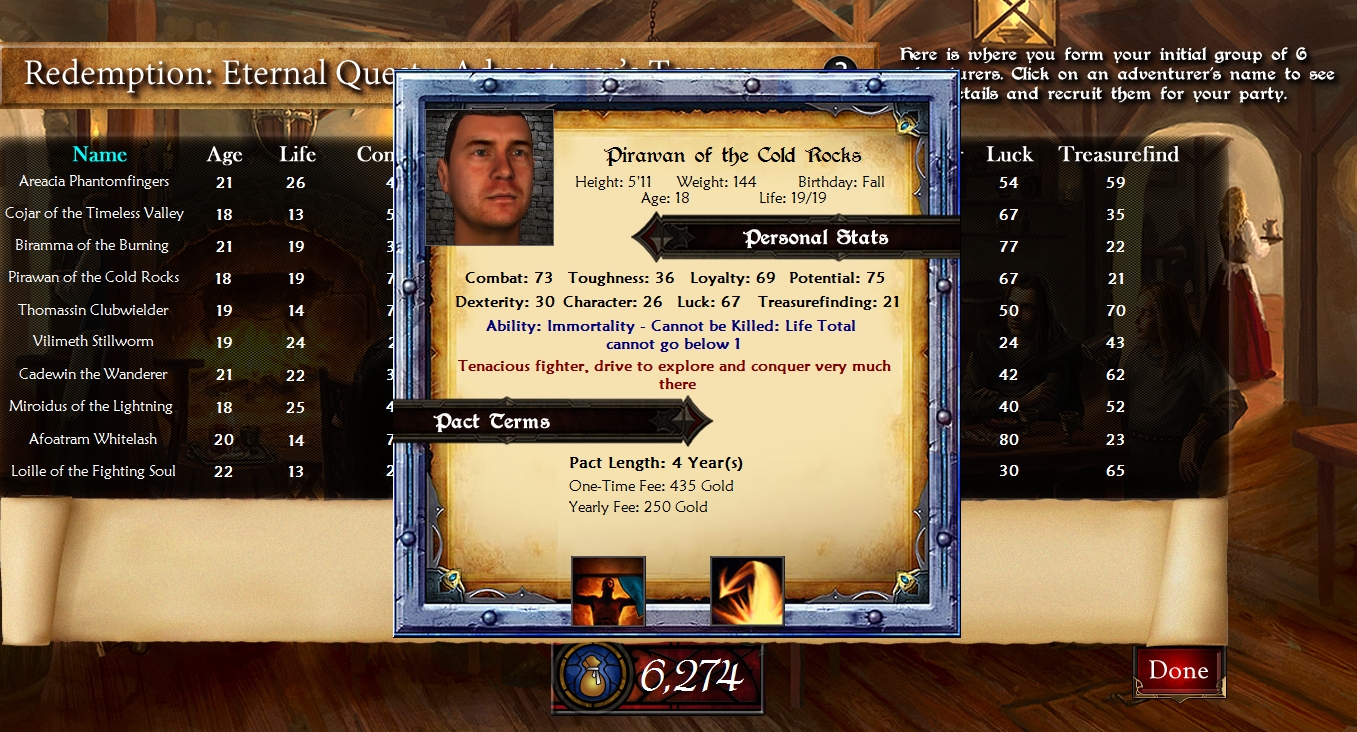 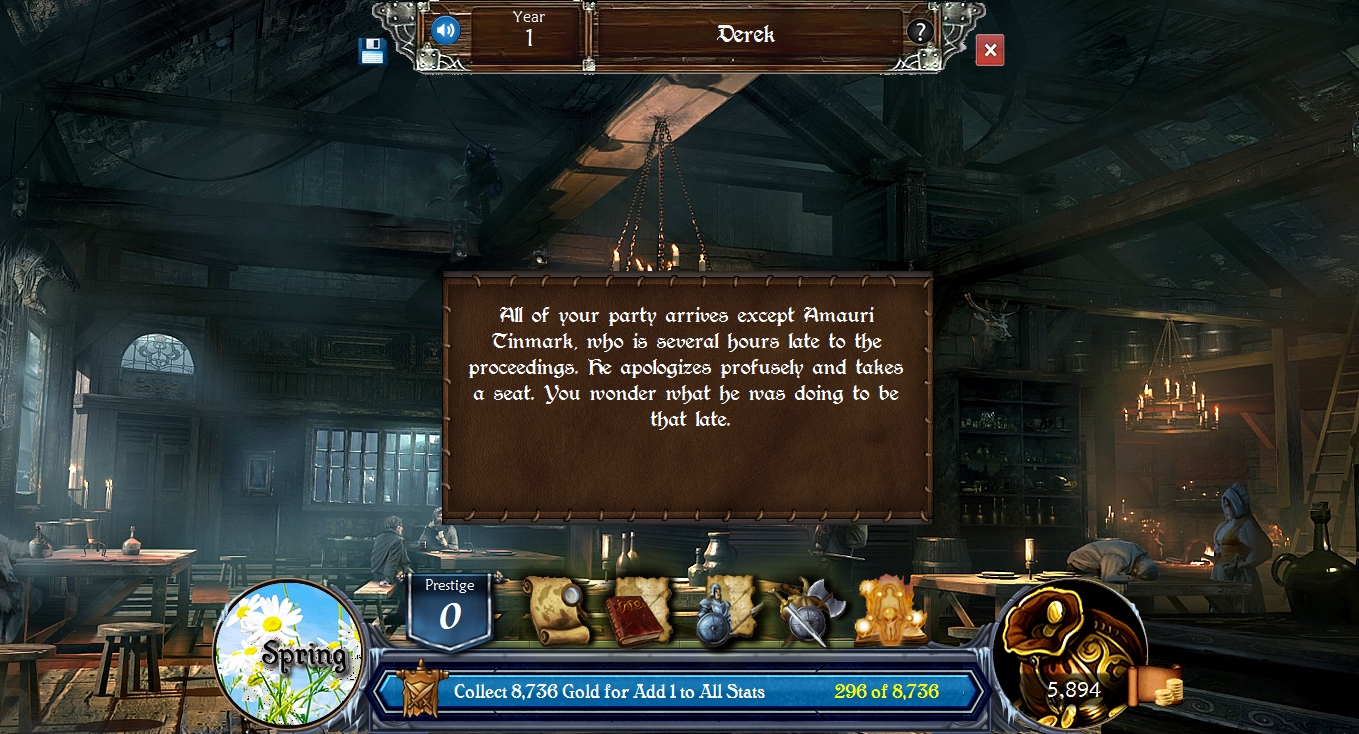 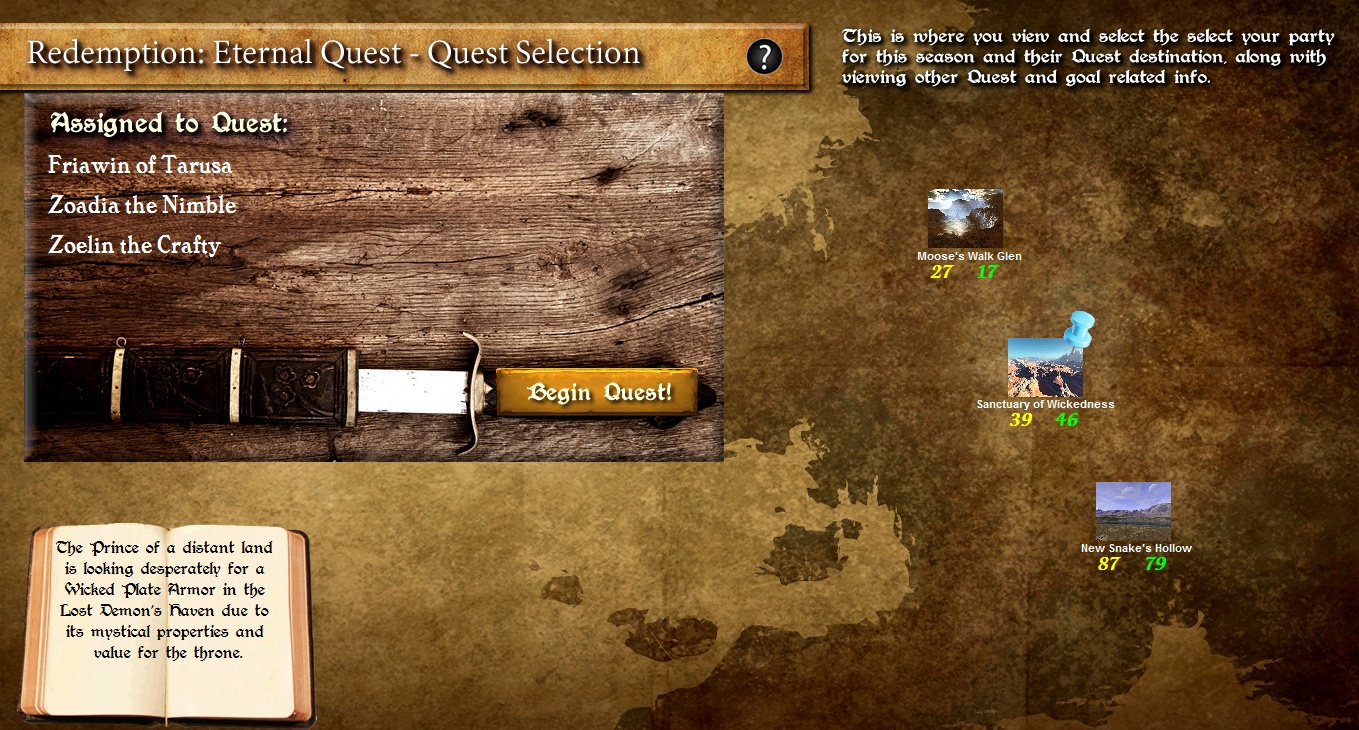 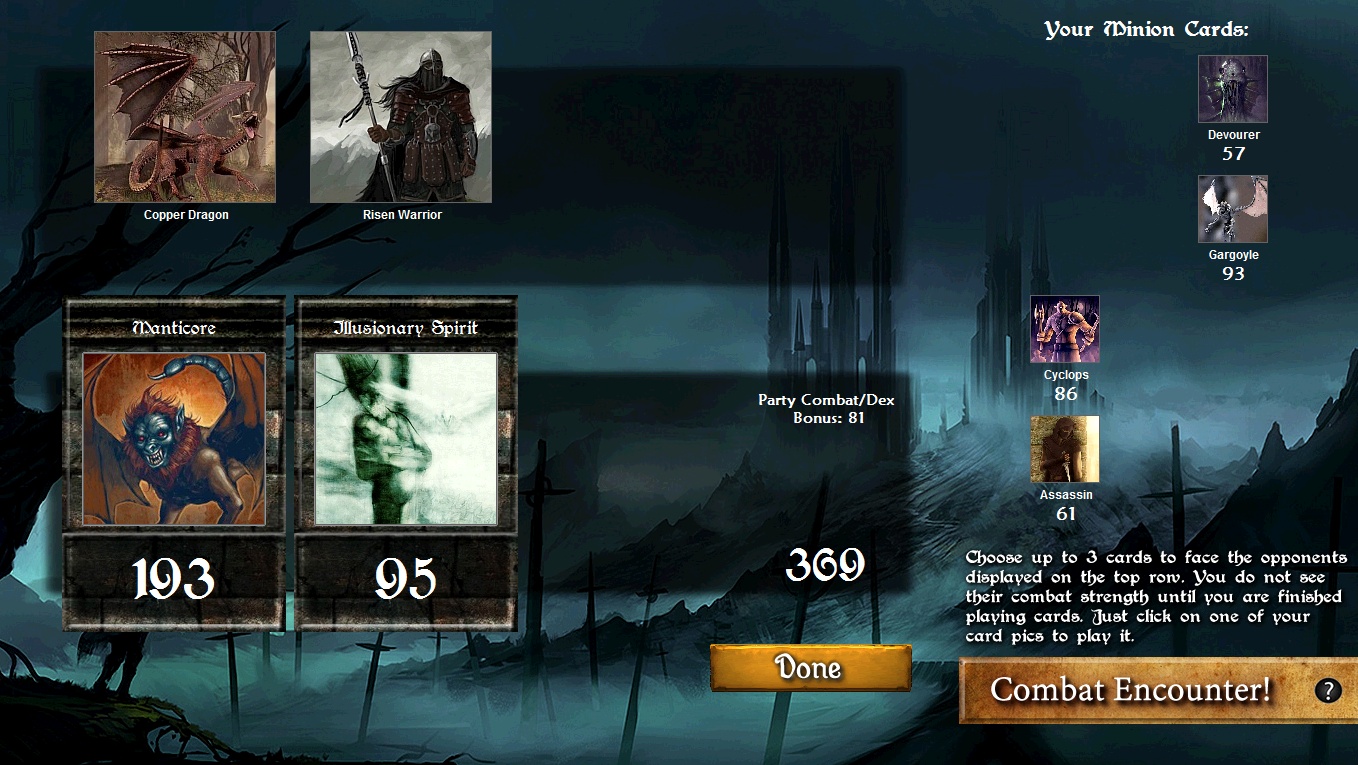 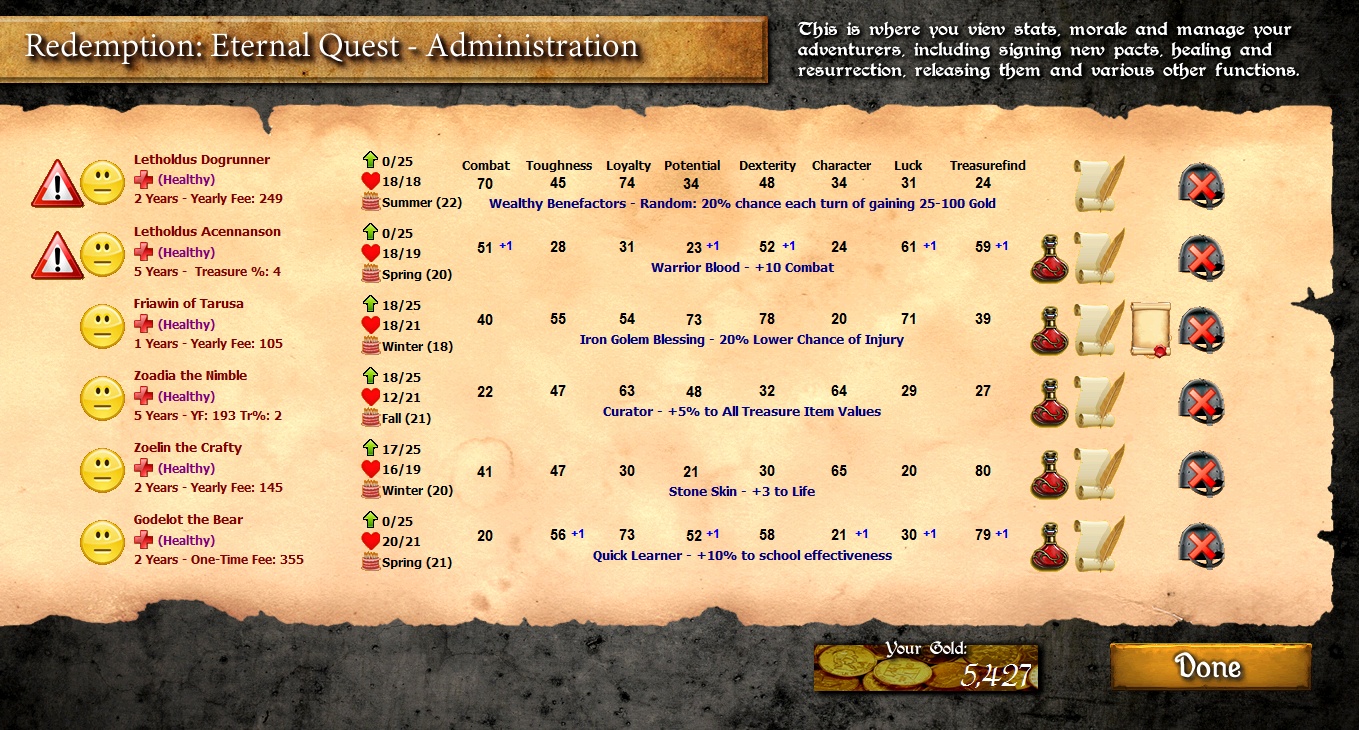 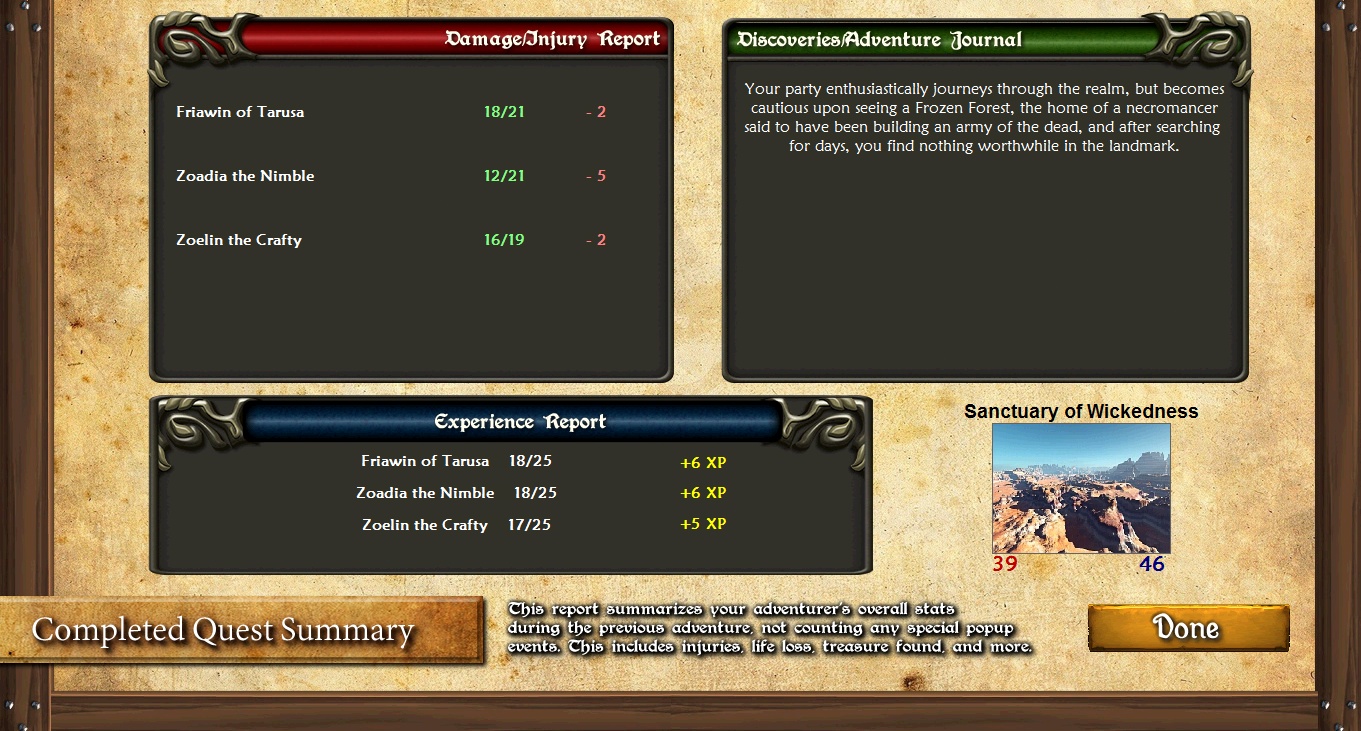 Features:
-- Take leadership over 6 adventurers that you choose, each with different strengths and weaknesses, bonuses - and hidden mysteries.
-- Completely re-playable – play with certain time or quest limits, or play unlimited seasons in a campaign. Everything is randomly generated every game, for maximum replayability.
-- Full variable aging and injury/disease engine built in for maximum challenge. Gain experience levels, and increase in ability over the seasons. Variable development curve - some will develop into fearsome warriors, some won`t.
-- Characters form relationships with each other over time, good or bad. Sign them to contracts (or `pacts`) to keep them happy and working for you, or if they’re too greedy, decide when enough is enough and cut them loose. Pacts can include up-front money, yearly money or a percentage of treasure found.
-- Choose your path: Train your warriors in school and build them up, or draft seasoned hirelings later on to take their place if they don’t cut it.
-- You set the pace: You can send them on easy missions into realms with limited danger (and maybe limited rewards) but protect your warriors, or send them into more dangerous worlds for more rewards.
-- Music, detailed graphics and polished UI to draw you into the world.
-- Engage in unique card-based combat with over 200 different monsters, each with different fighting strength ranges.
-- Explore ruins, dungeons and open treasure chests, and complete unique grand quests.

Choose your destiny with Redemption today!