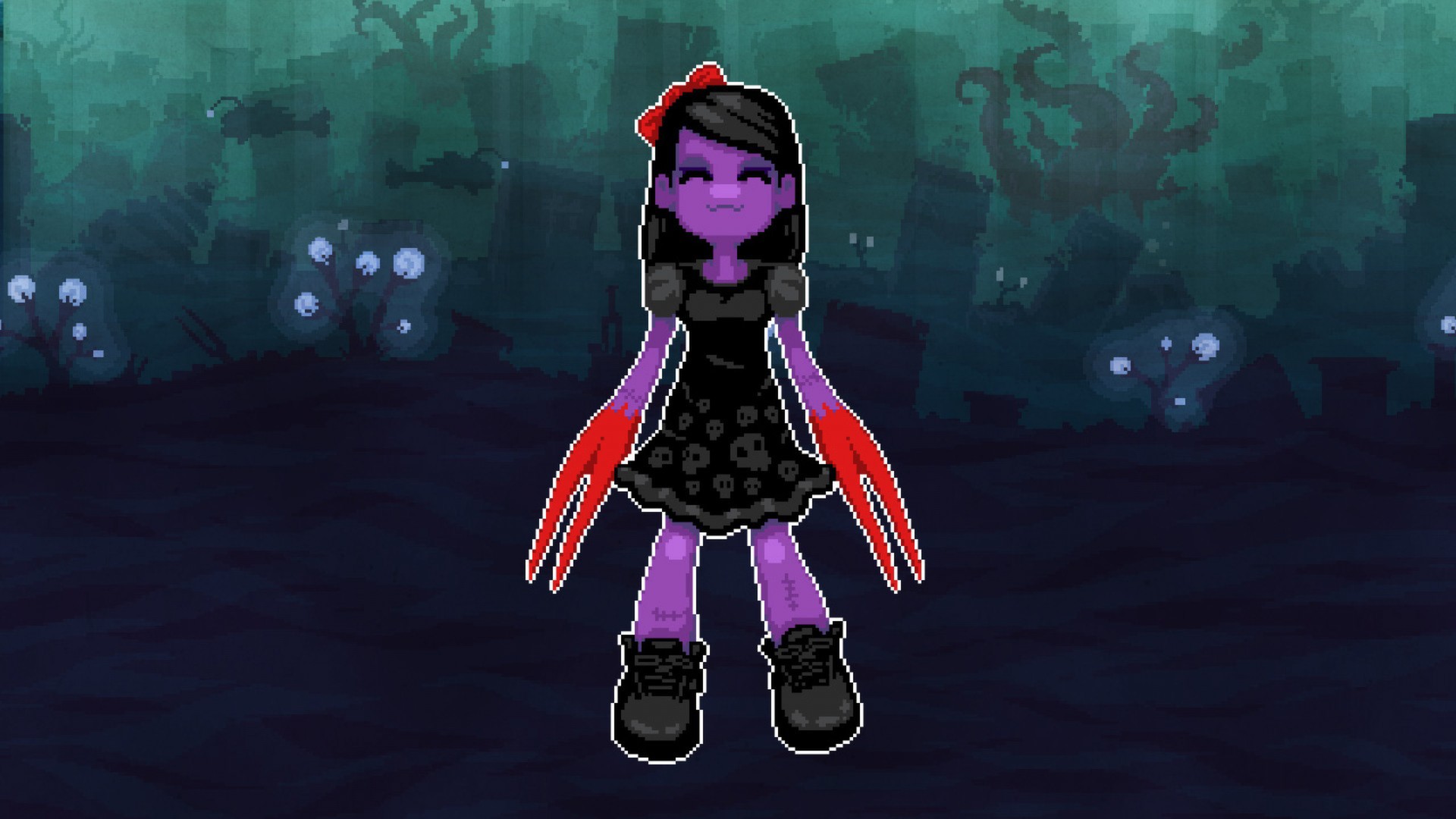 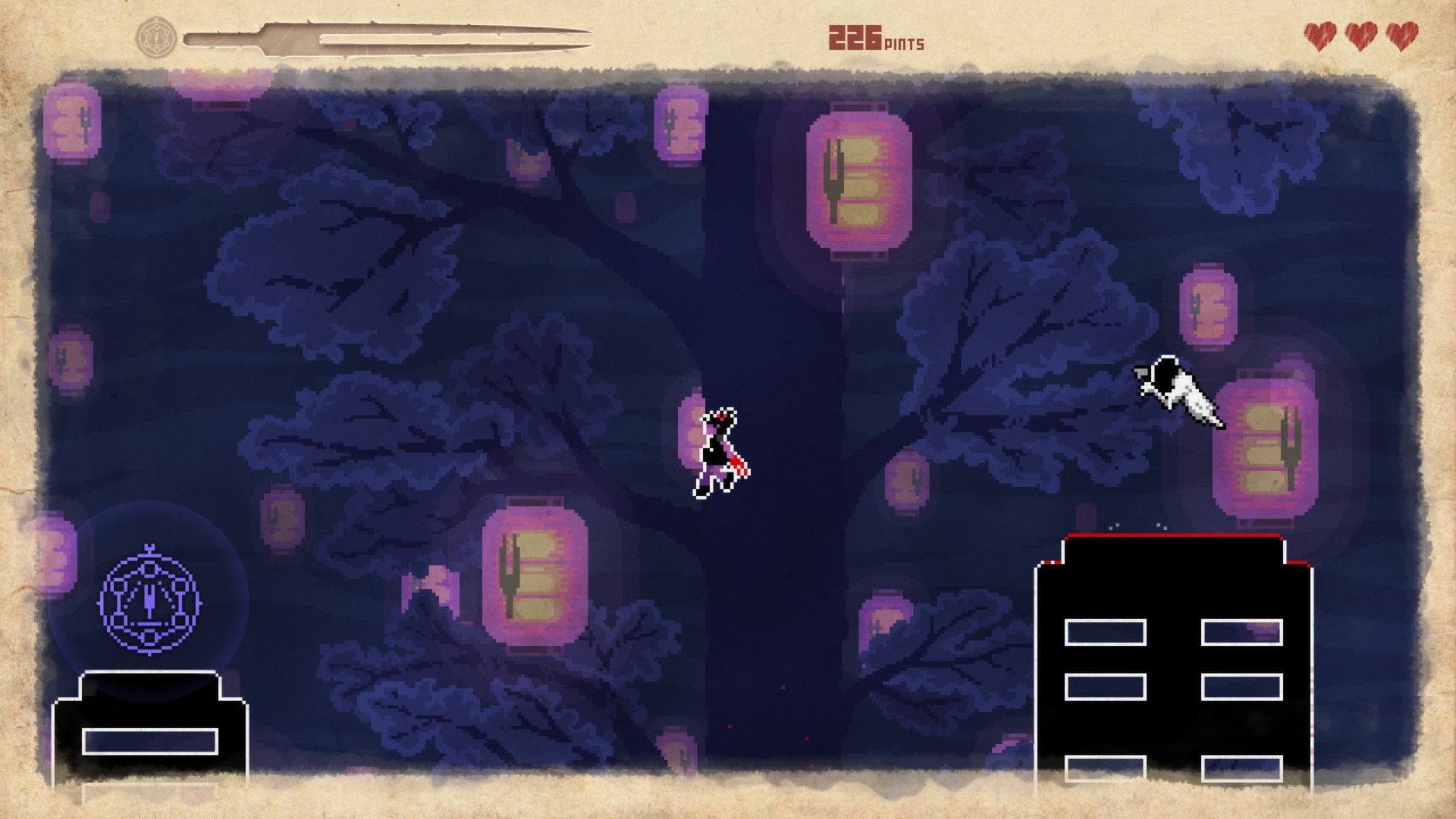 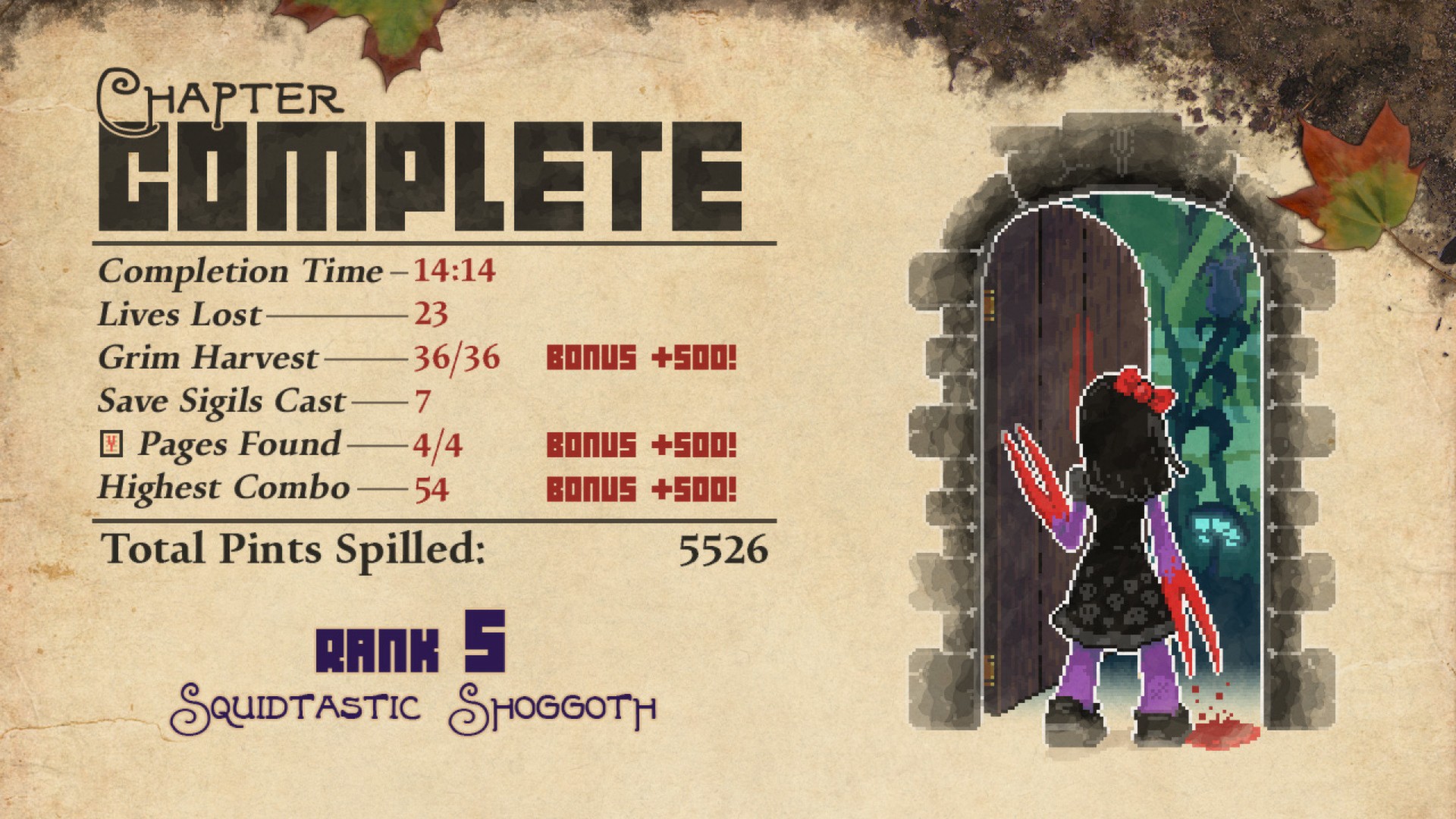 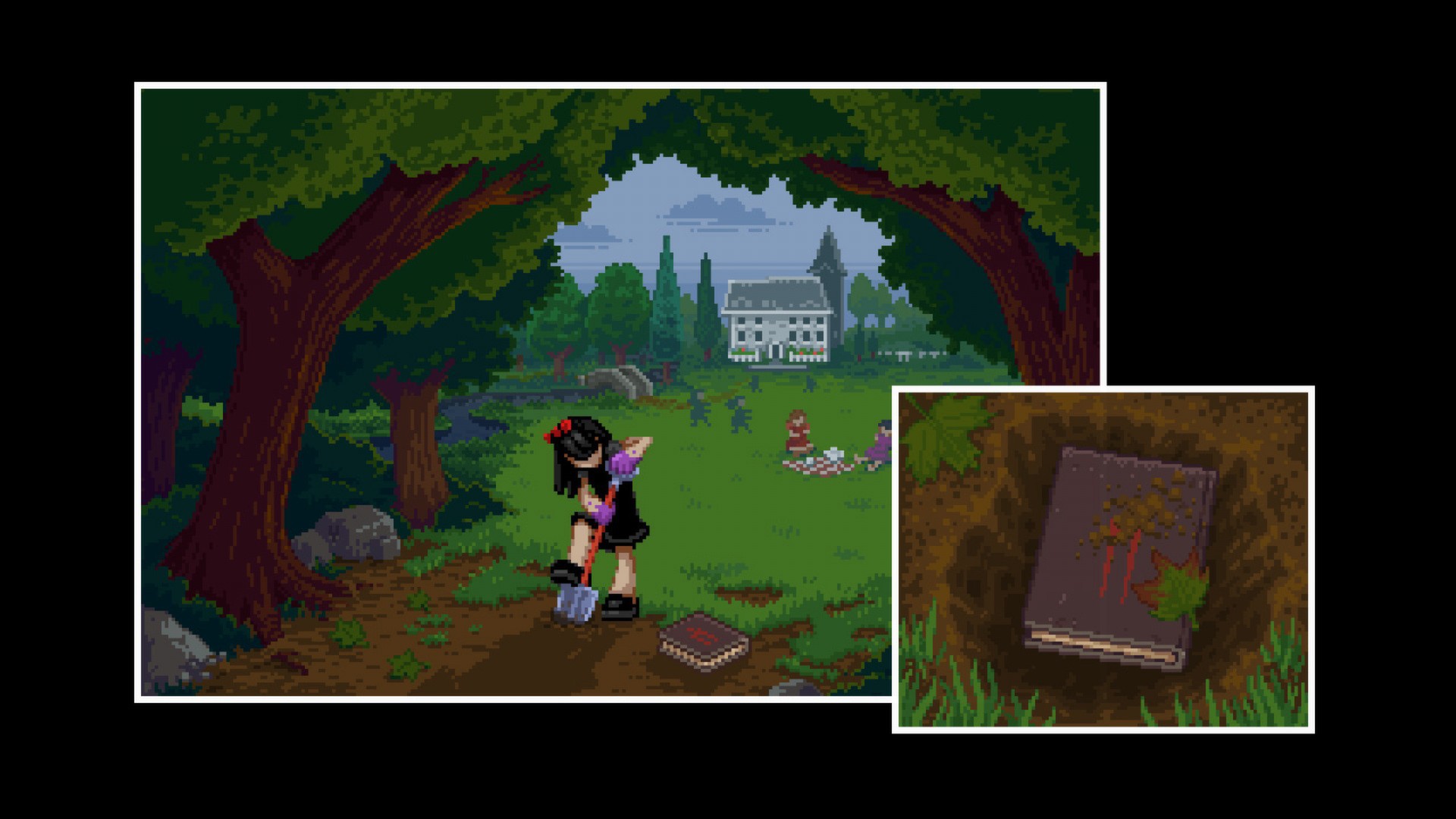 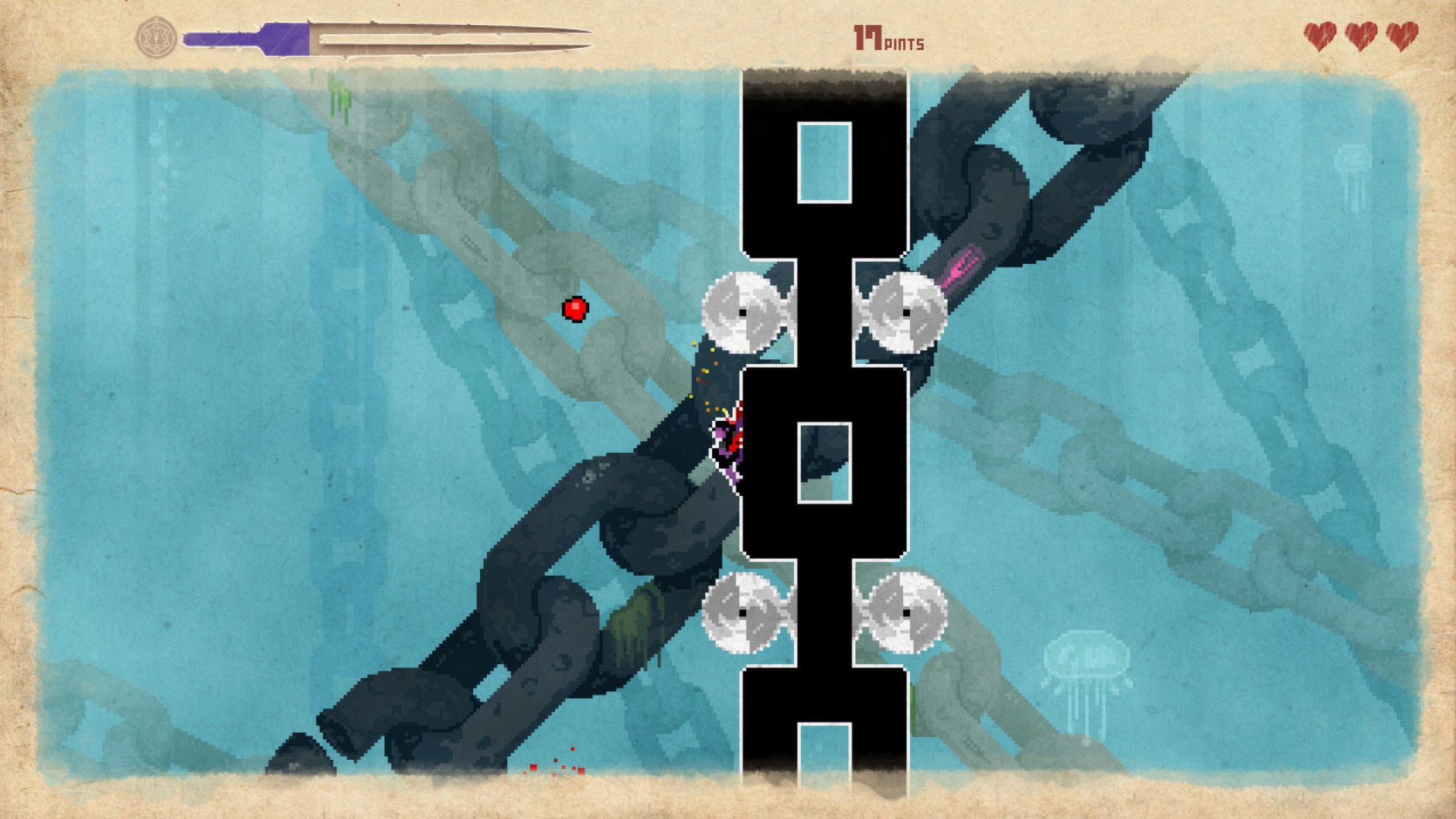 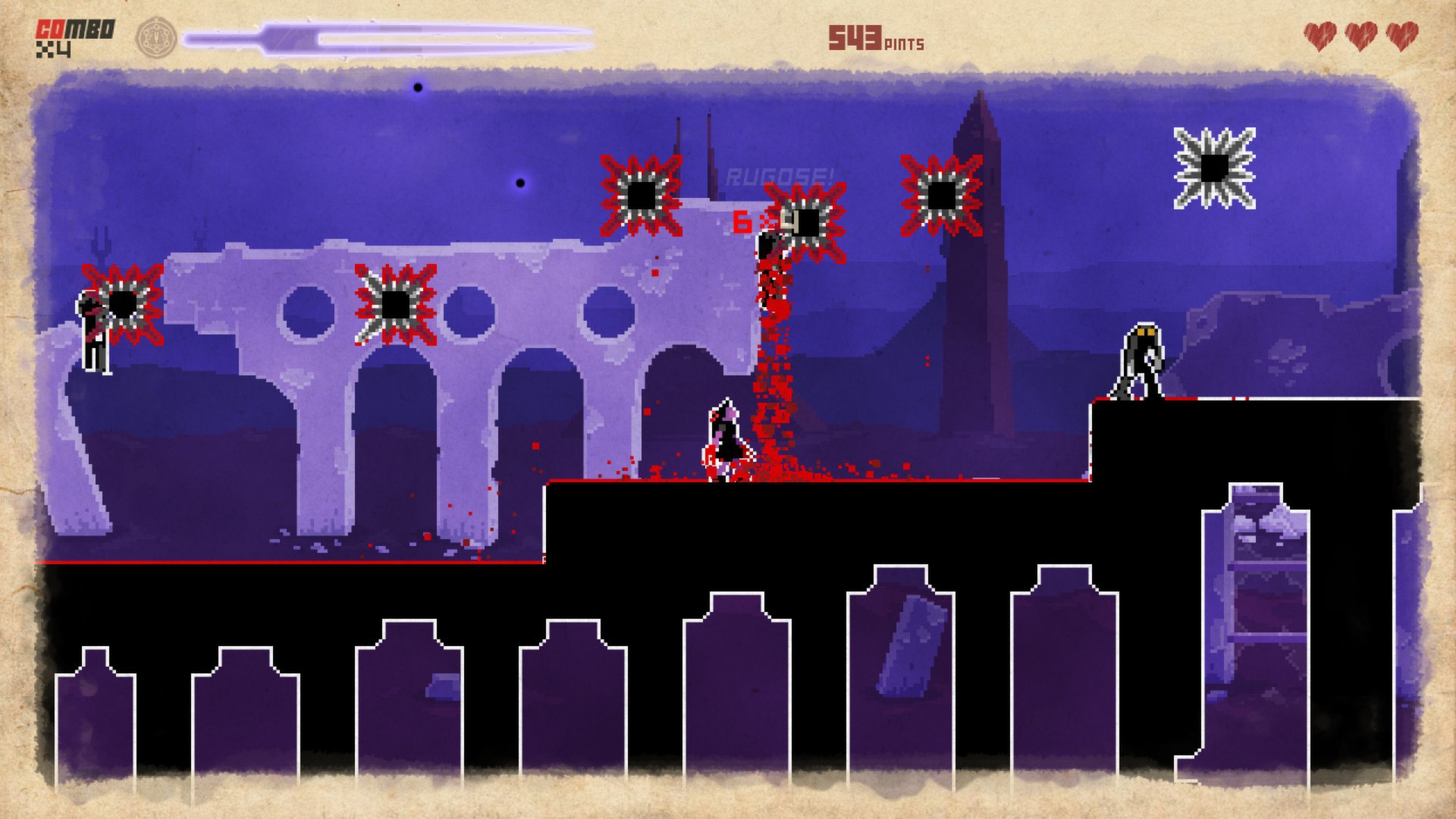 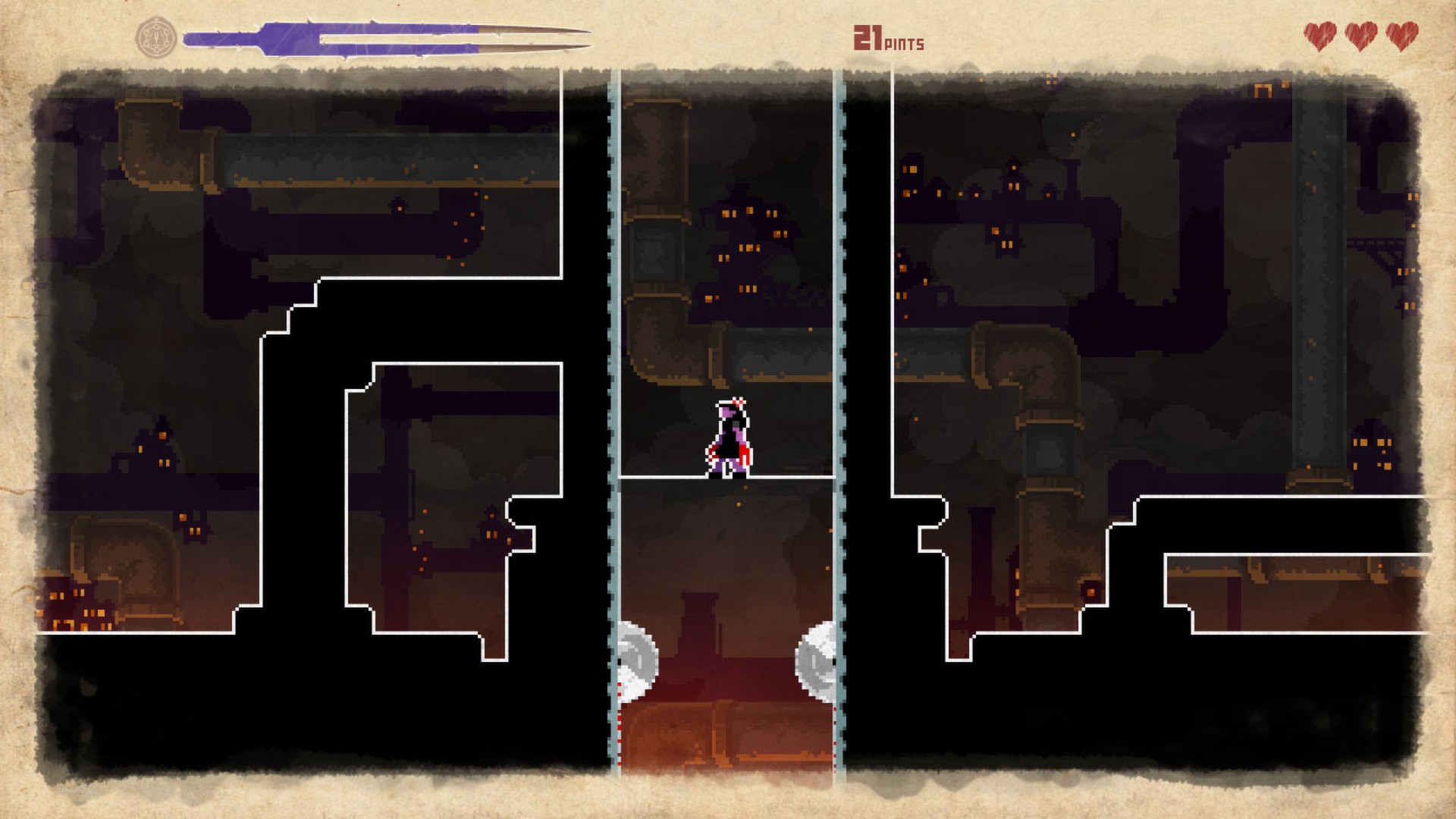 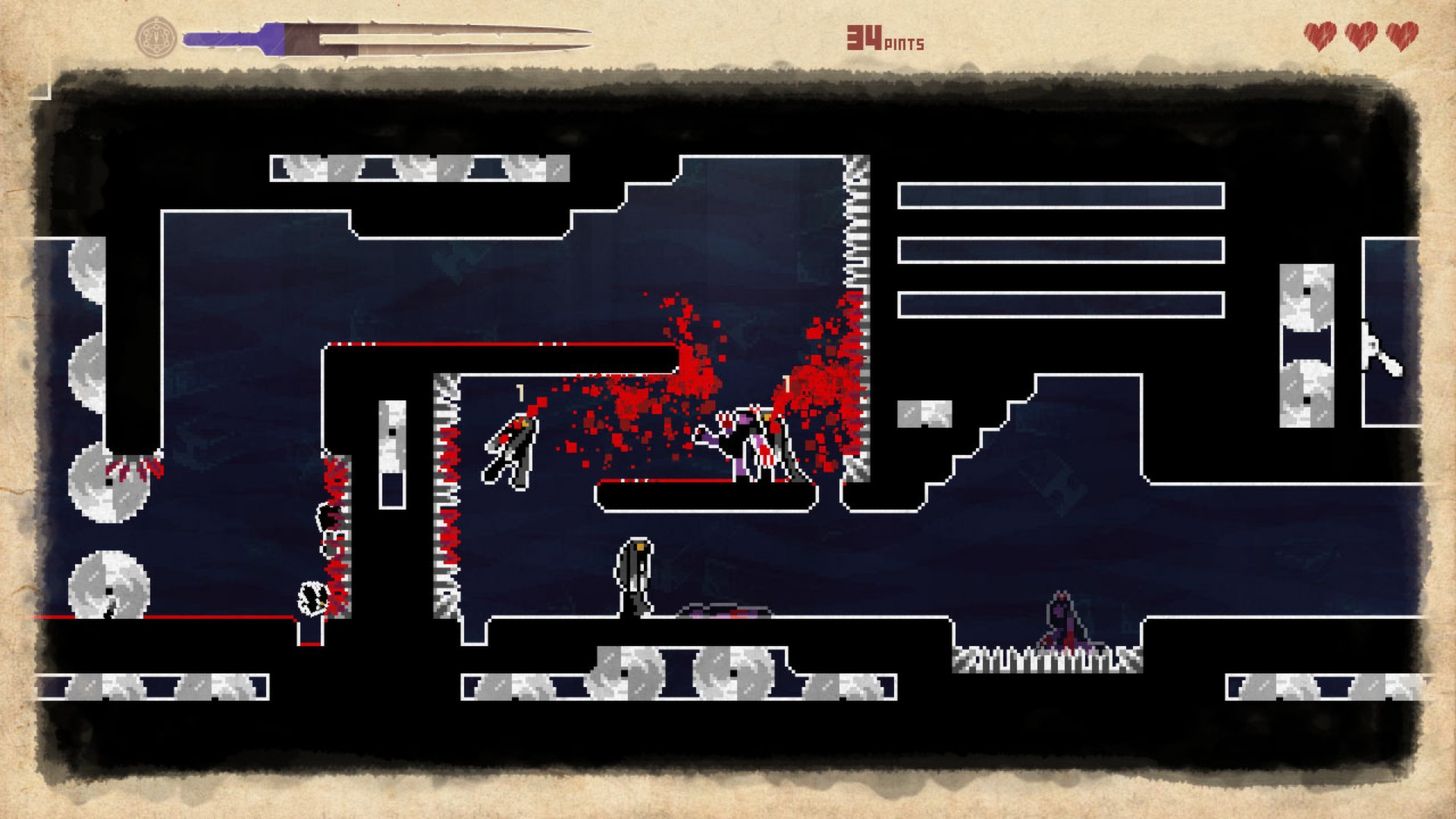 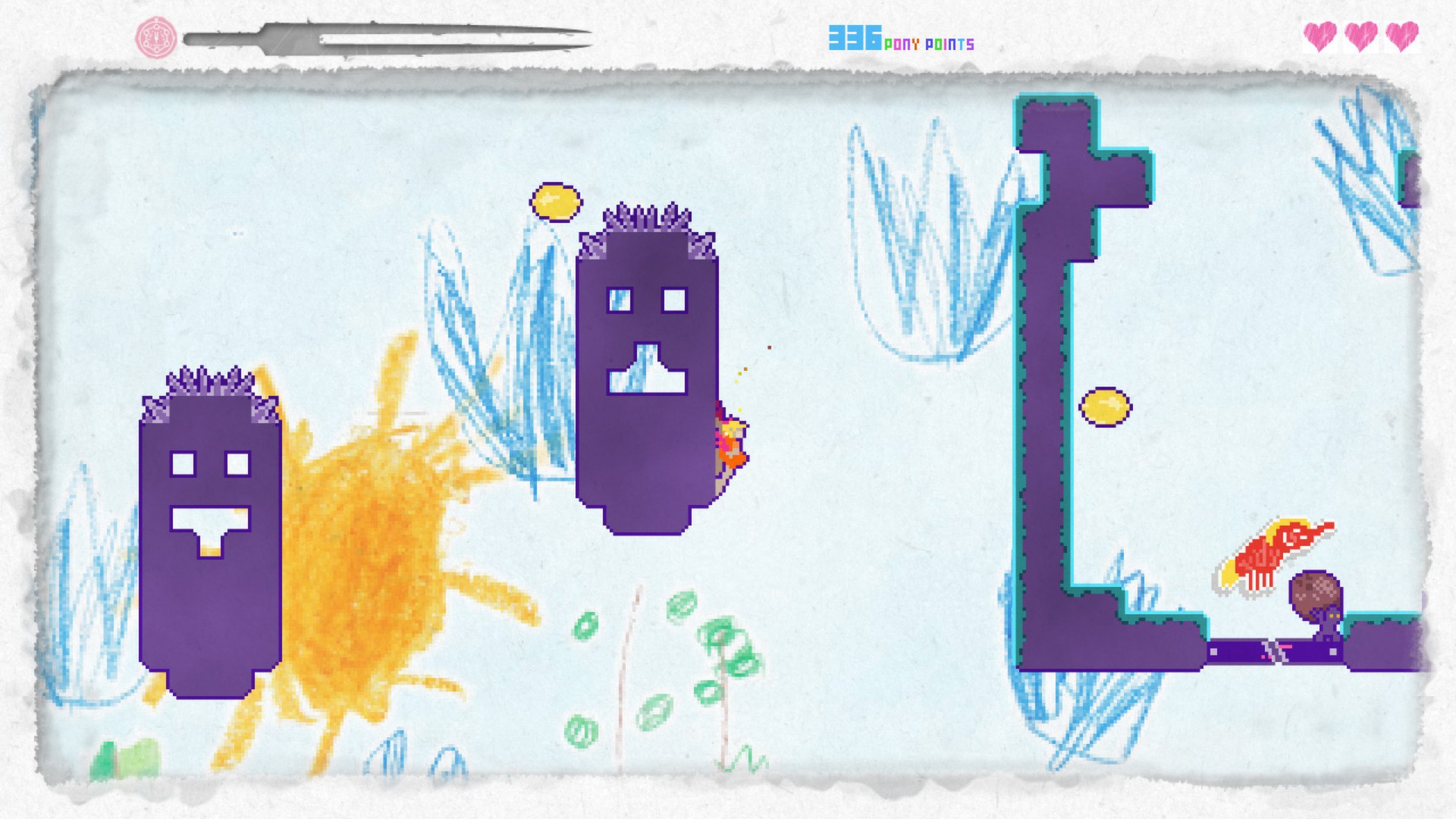 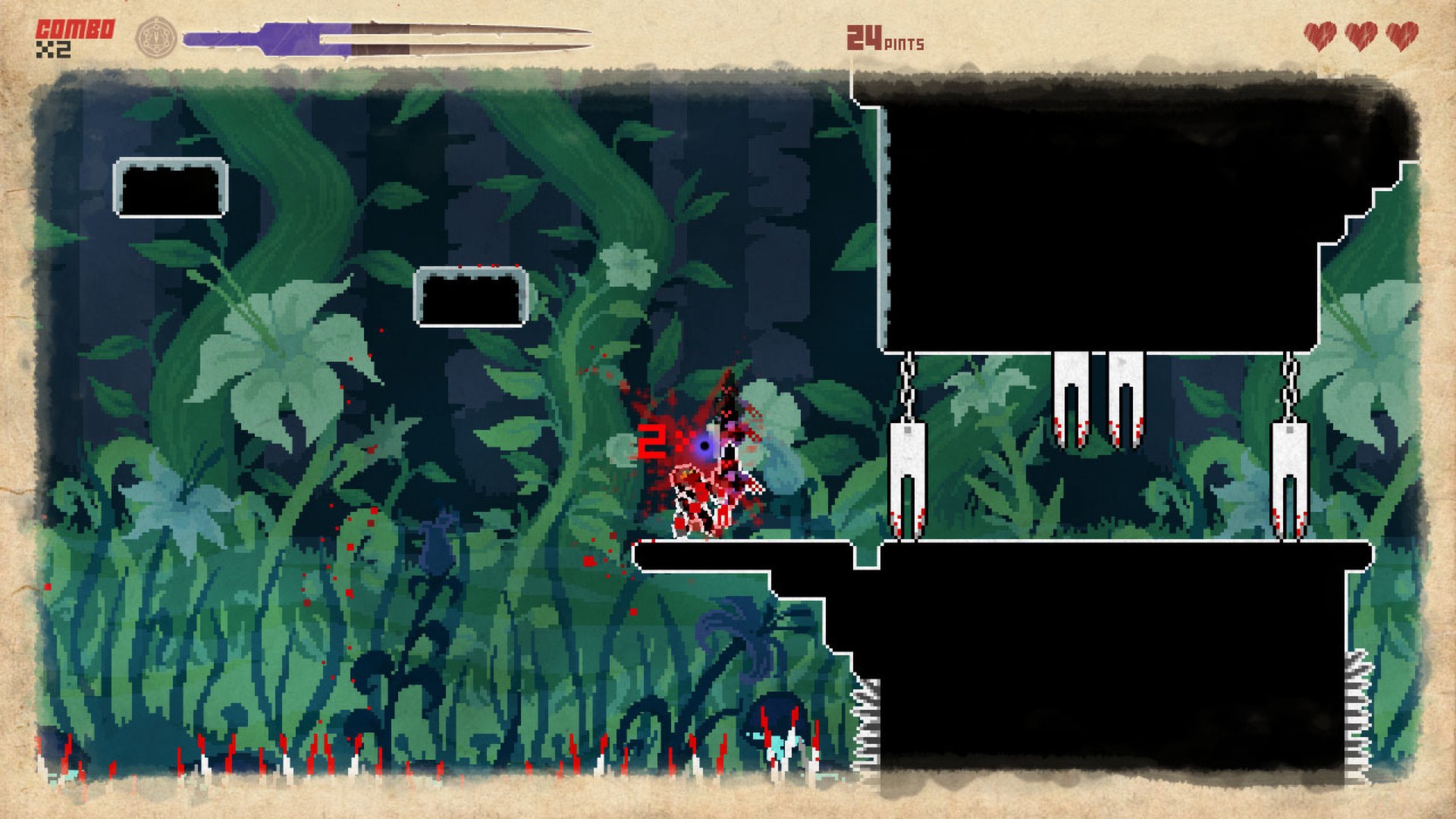 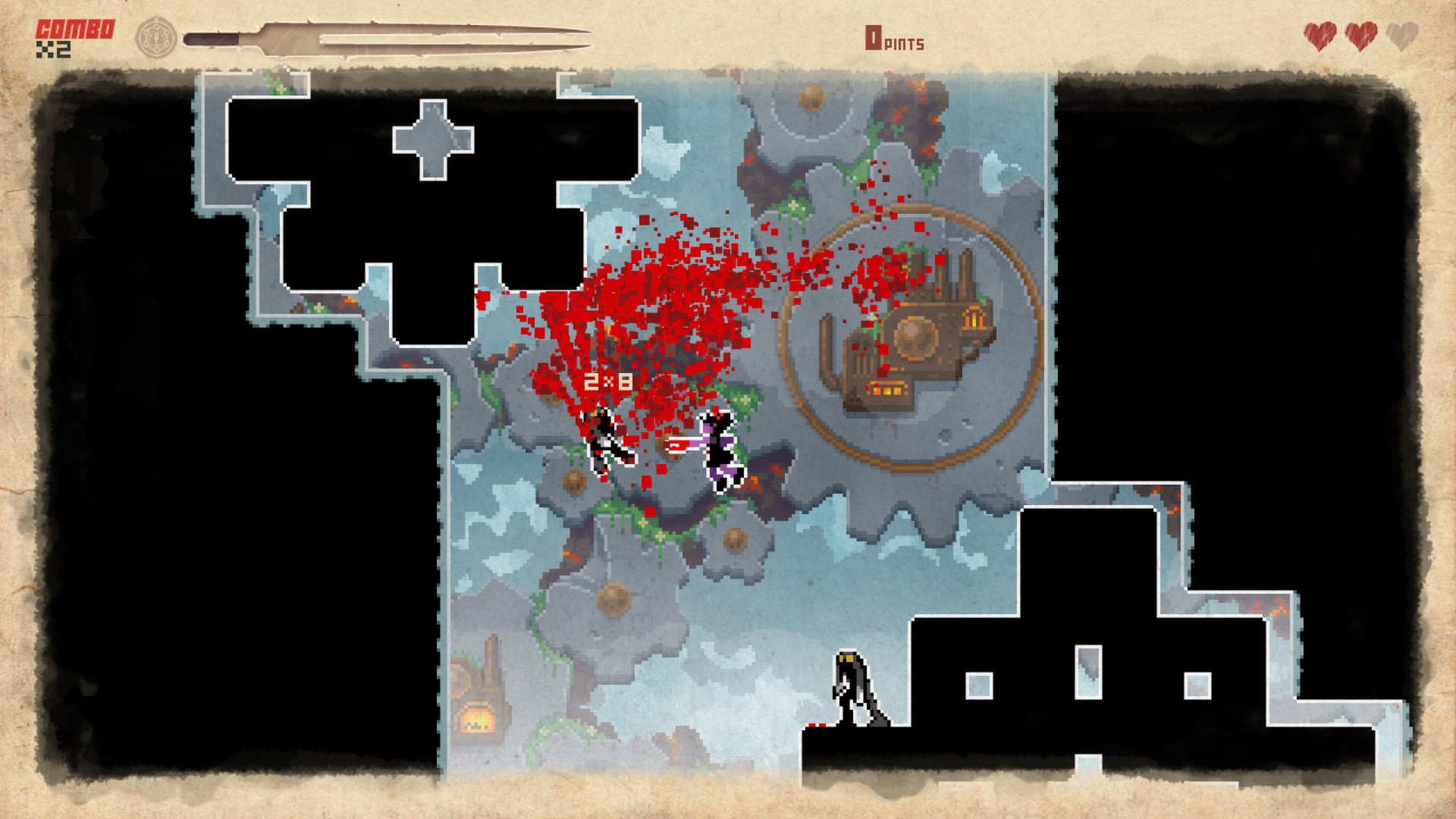 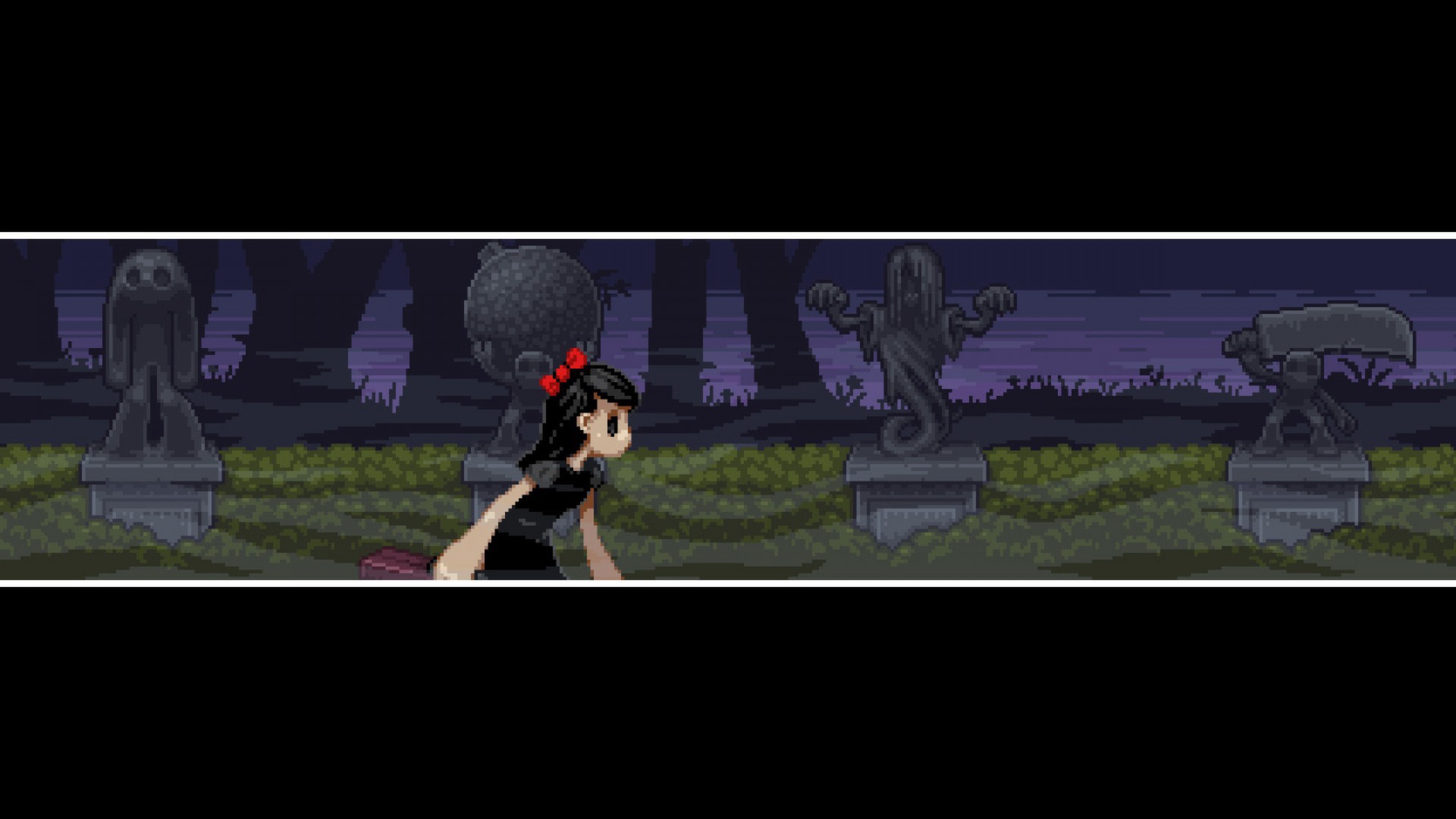 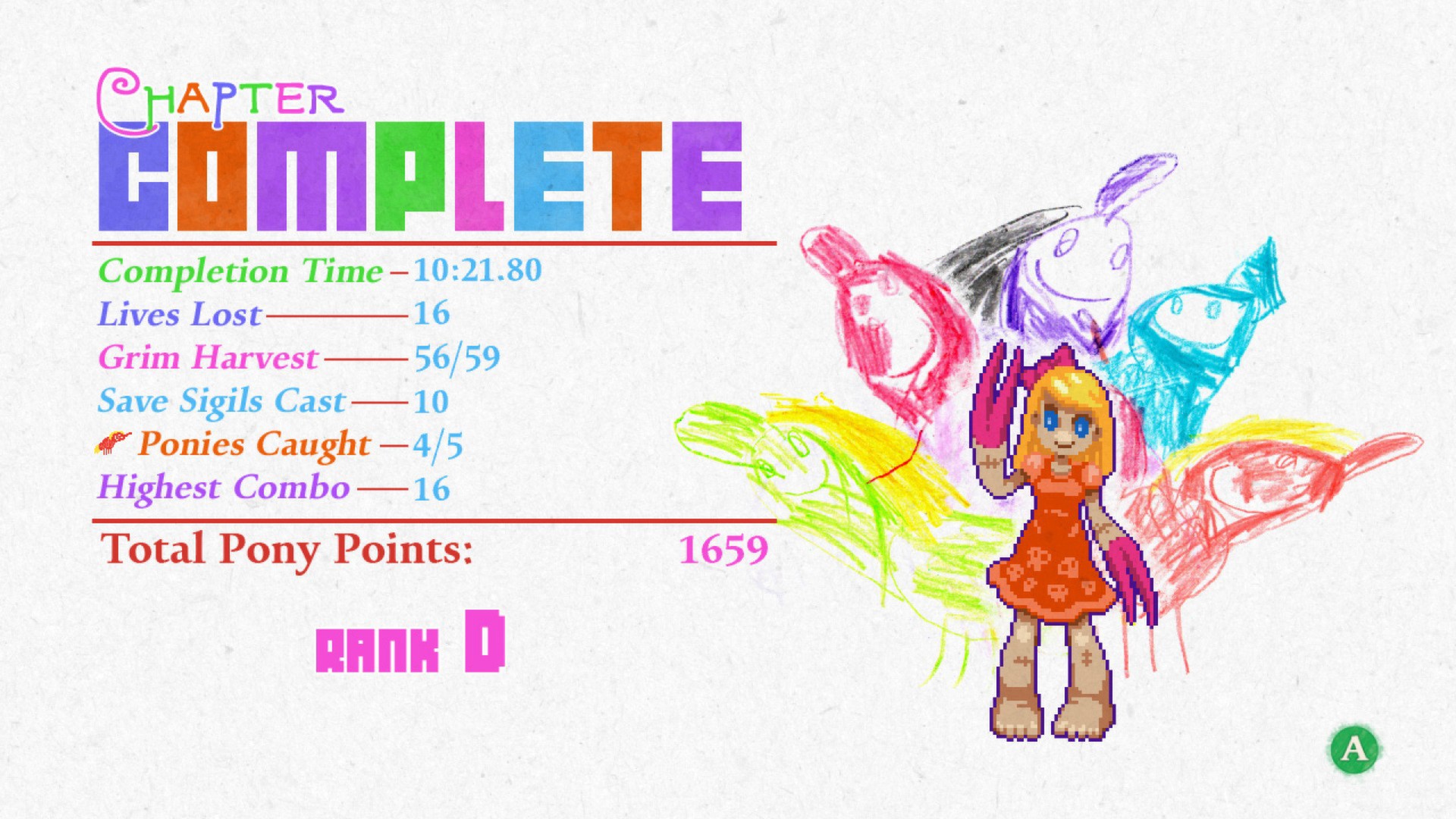 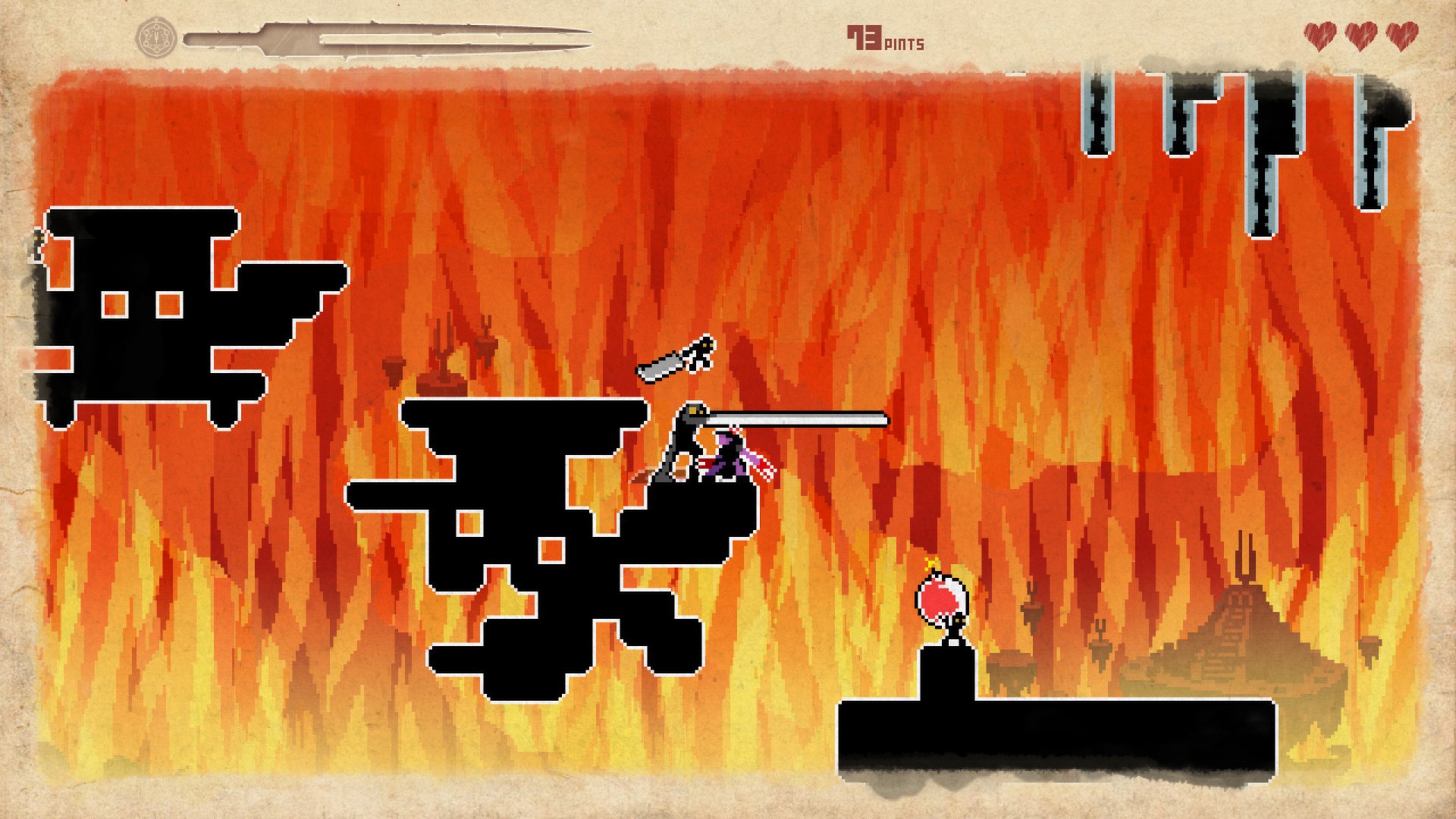 They Bleed Pixels is a fiendishly difficult action platformer inspired by H.P. Lovecraft and classic horror. Rendered in a distinct visual style that blends pixel art with paper and ink textures, They Bleed Pixels is a singular mix of intense platforming and fierce beat-em-up action. At the core of its fighting system is a simple one-button combat scheme with surprising depth and versatility. Button mashing is discouraged while kicking shadowy monsters into saws, pits and spikes is rewarded, thanks to a unique system that lets you earn and place your own checkpoints through stylish kills. The fancier your kills, the faster you fill the checkpoint meter.

Story:
When a young girl arrives at the Lafcadio Academy for Troubled Young Ladies, she`s unprepared for the violent nightmares that plague her dreams and transport her to other worlds. Worse yet, her dreams are intruding into her waking life, slowly altering her flesh into the demonic form of her night terrors. Can she destroy the mysterious blood-soaked book that appears to be the root of her troubles or will her transmutation from girl to clawed horror become complete?