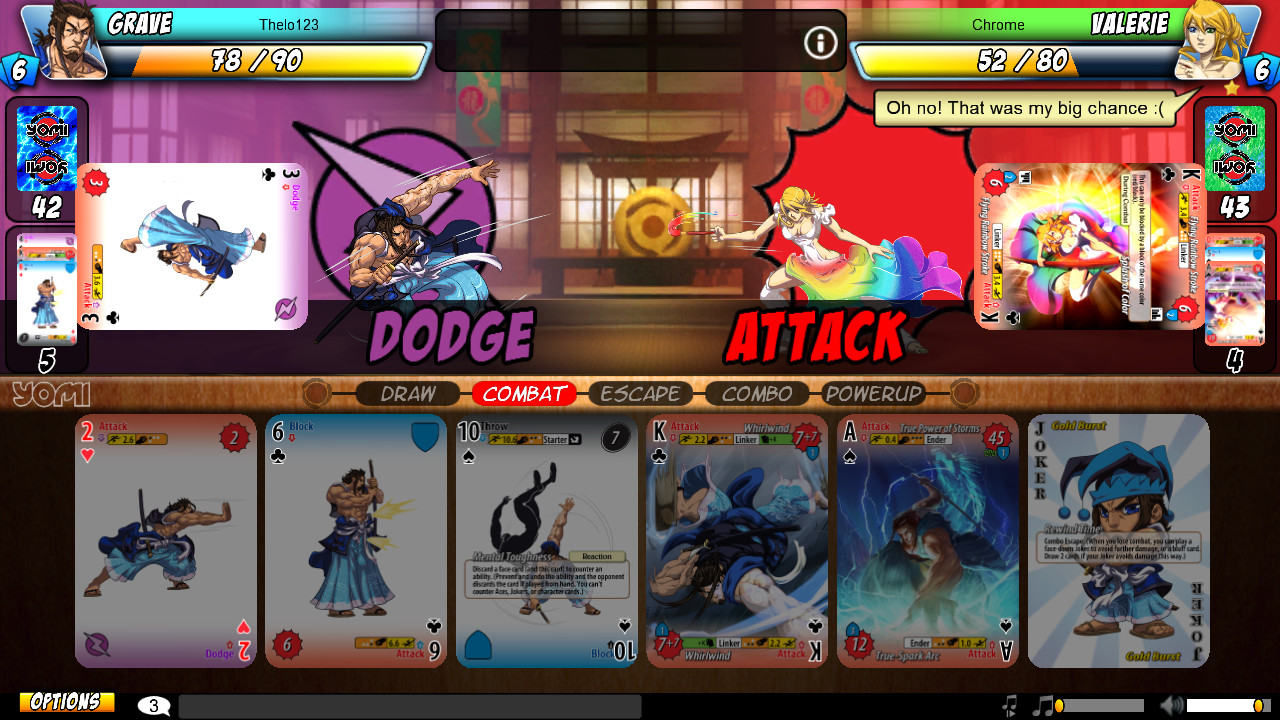 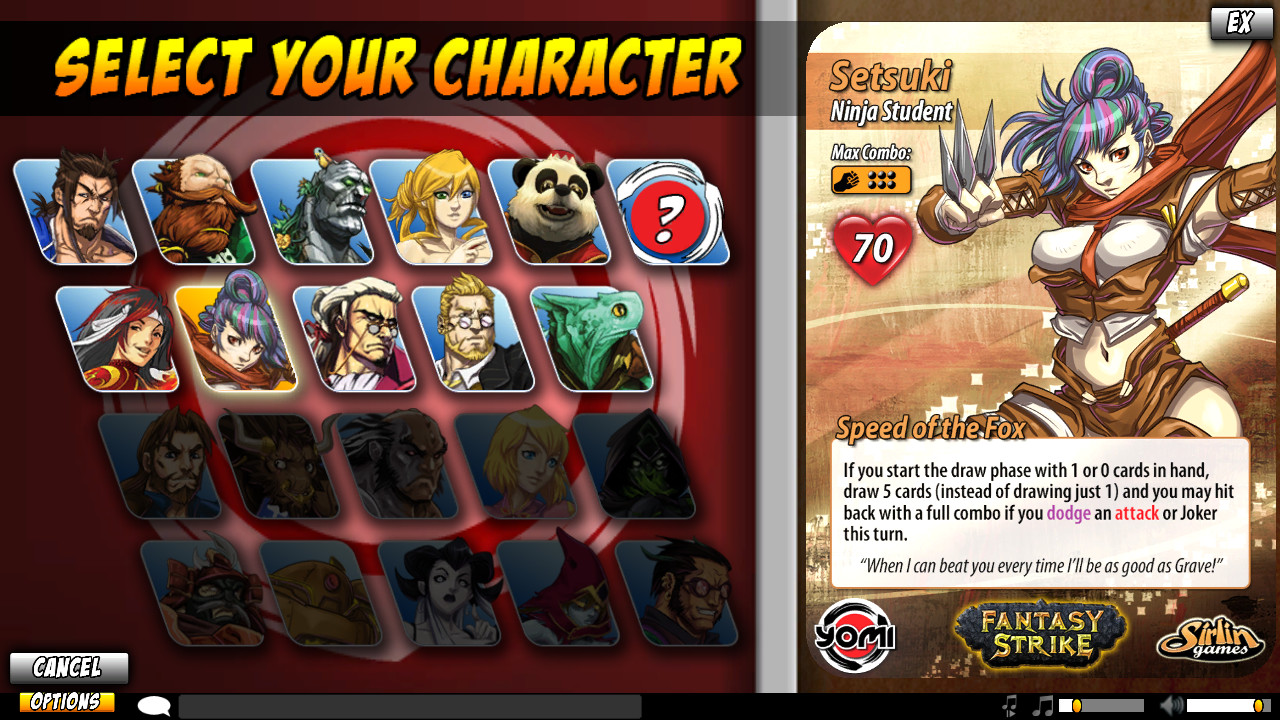 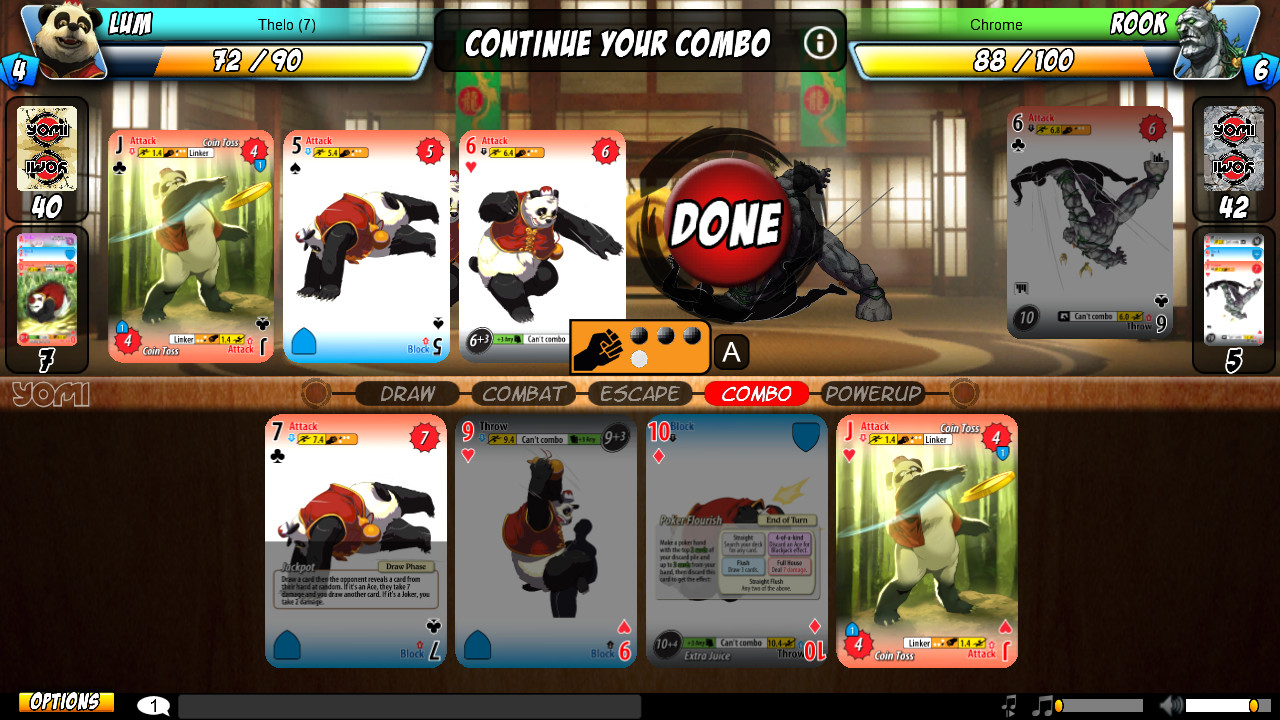 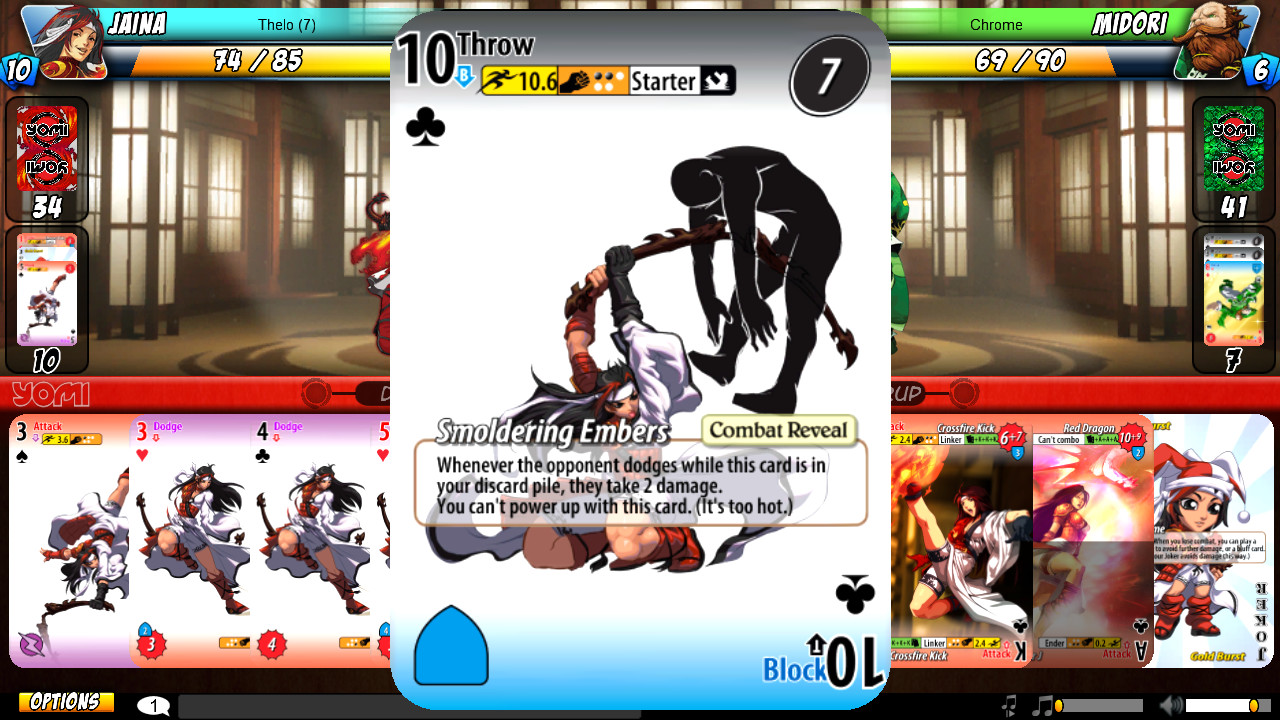 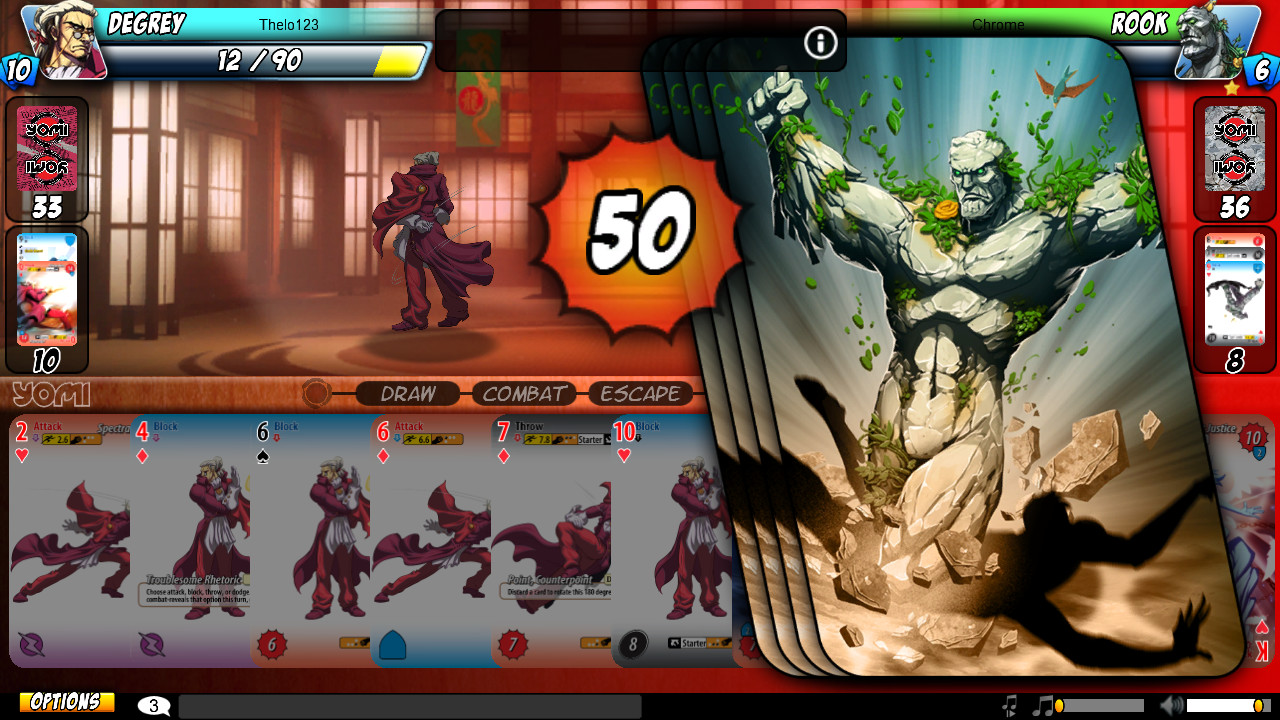 Yomi is a fighting game in card form. Learn your character, practice combos, and read the opponent`s tendencies. 10 characters to choose from, plus 10 more expansion characters available for purchase inside the app.

Yomi captures the mindgames from fighting games such as Street Fighter, and was created by the lead designer of Street Fighter HD Remix, who was also a long-time fighting game tournament player. Yomi itself is a strategy card game that has held up to many years of tournaments. Start practicing now!


From the makers of Puzzle Strike, Flash Duel, and Pandante.