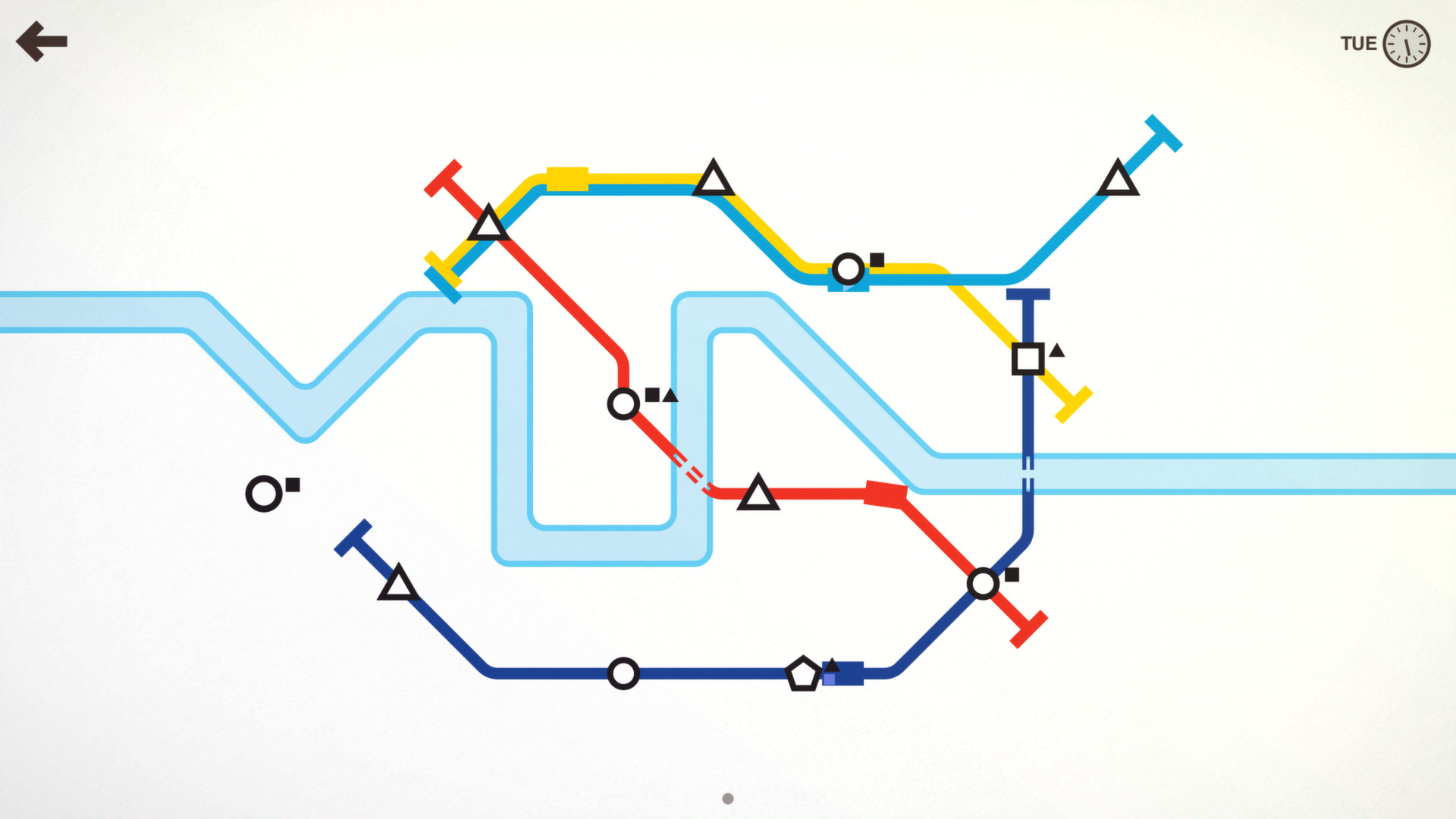 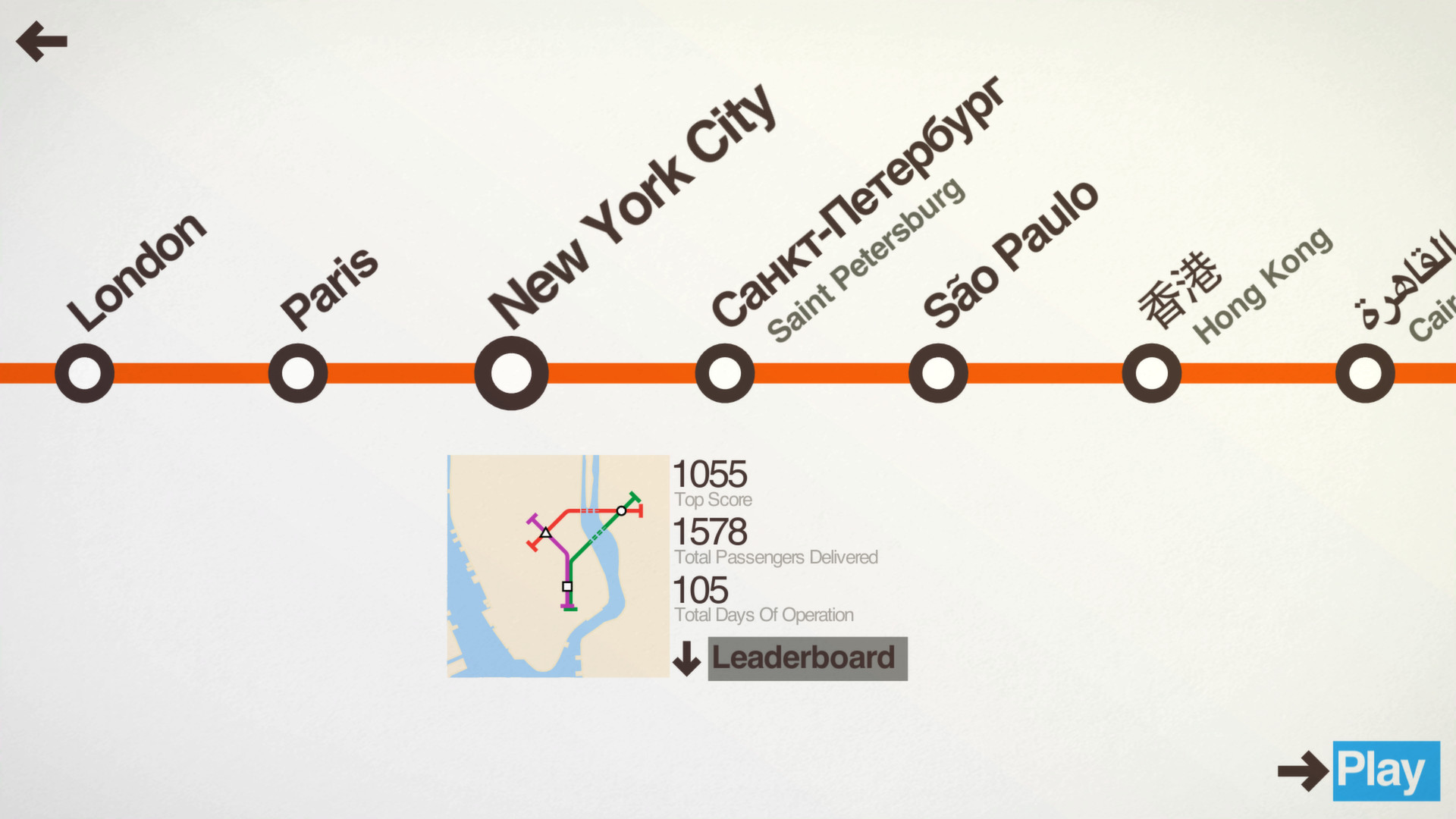 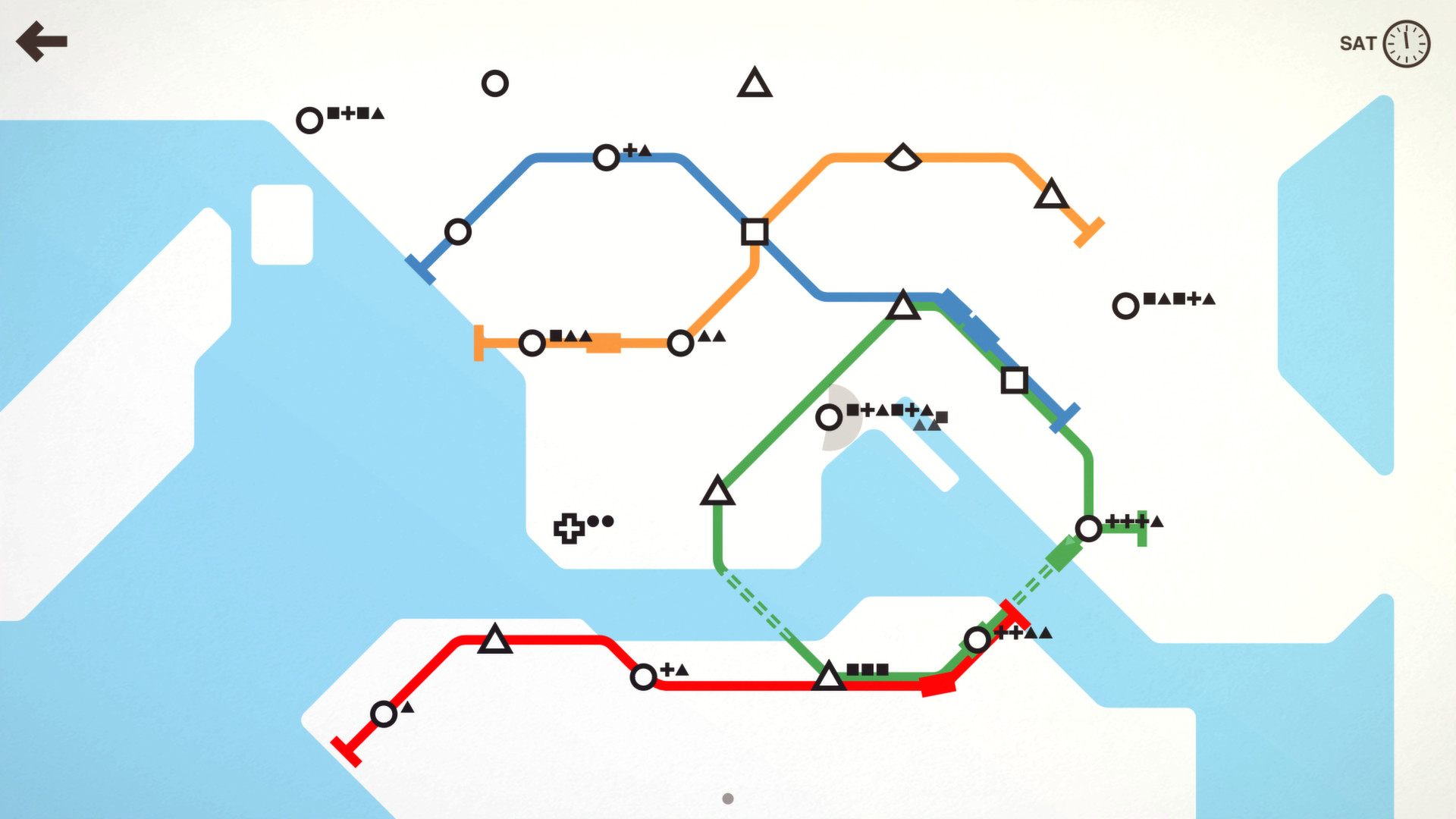 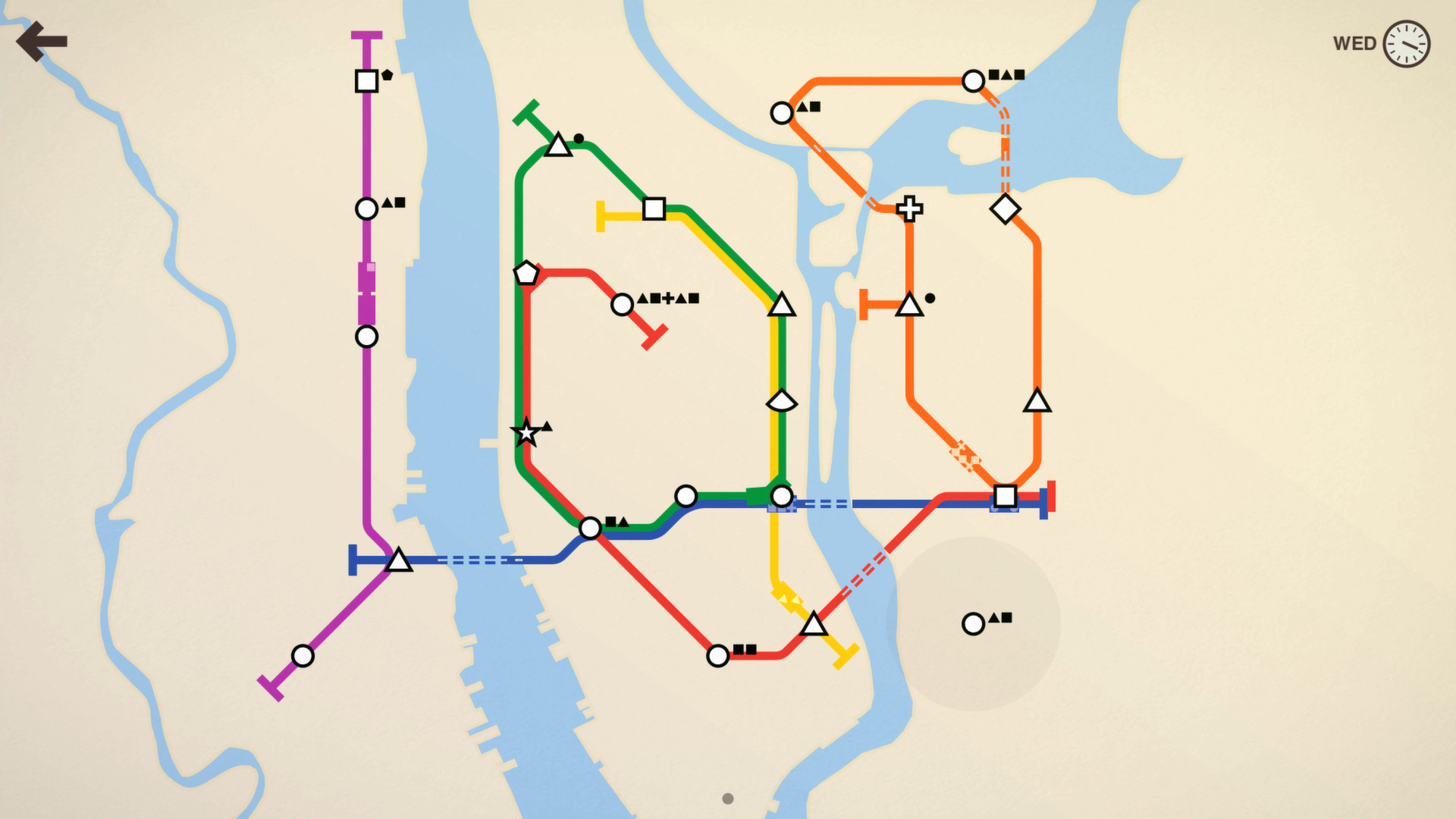 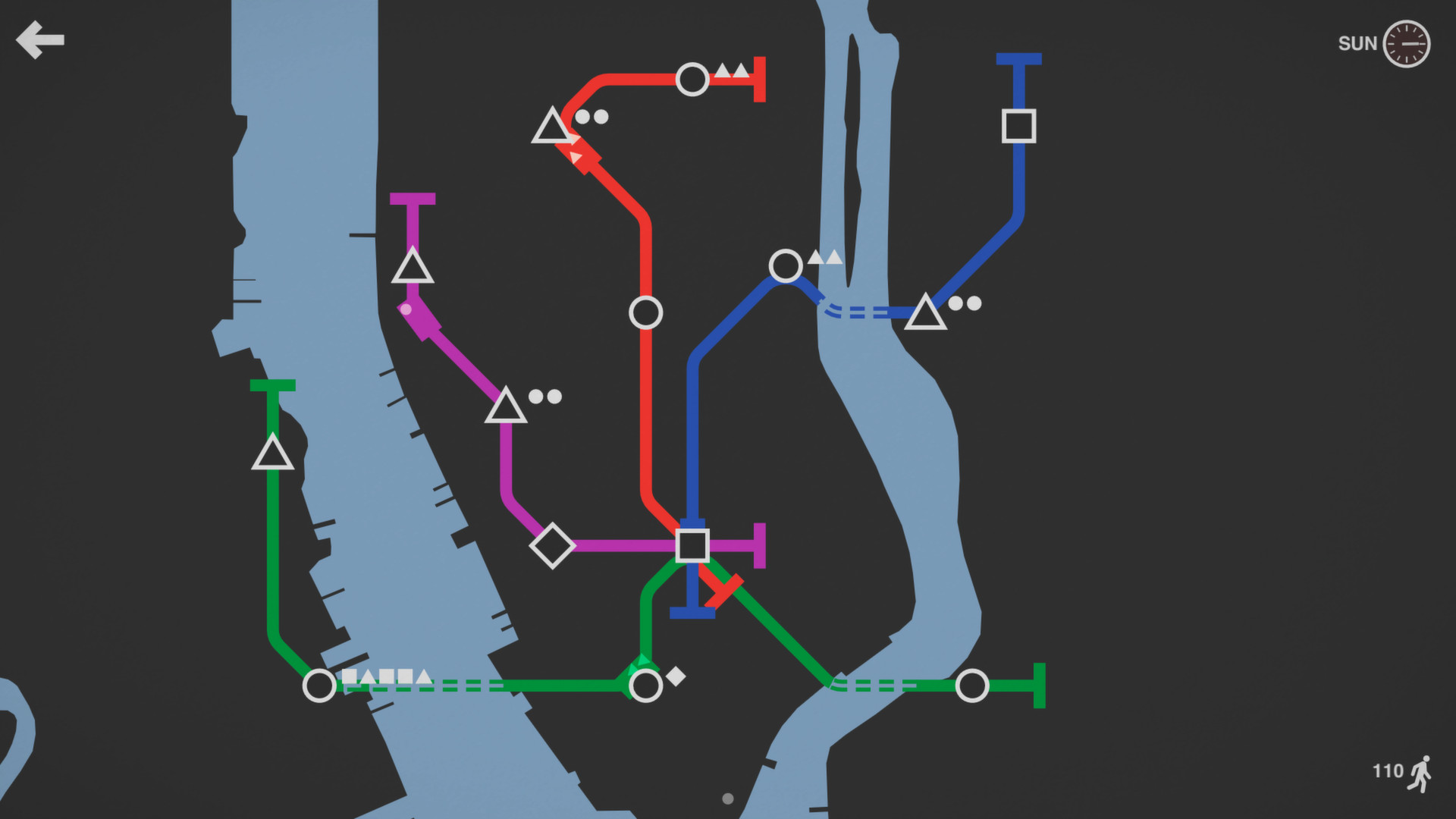 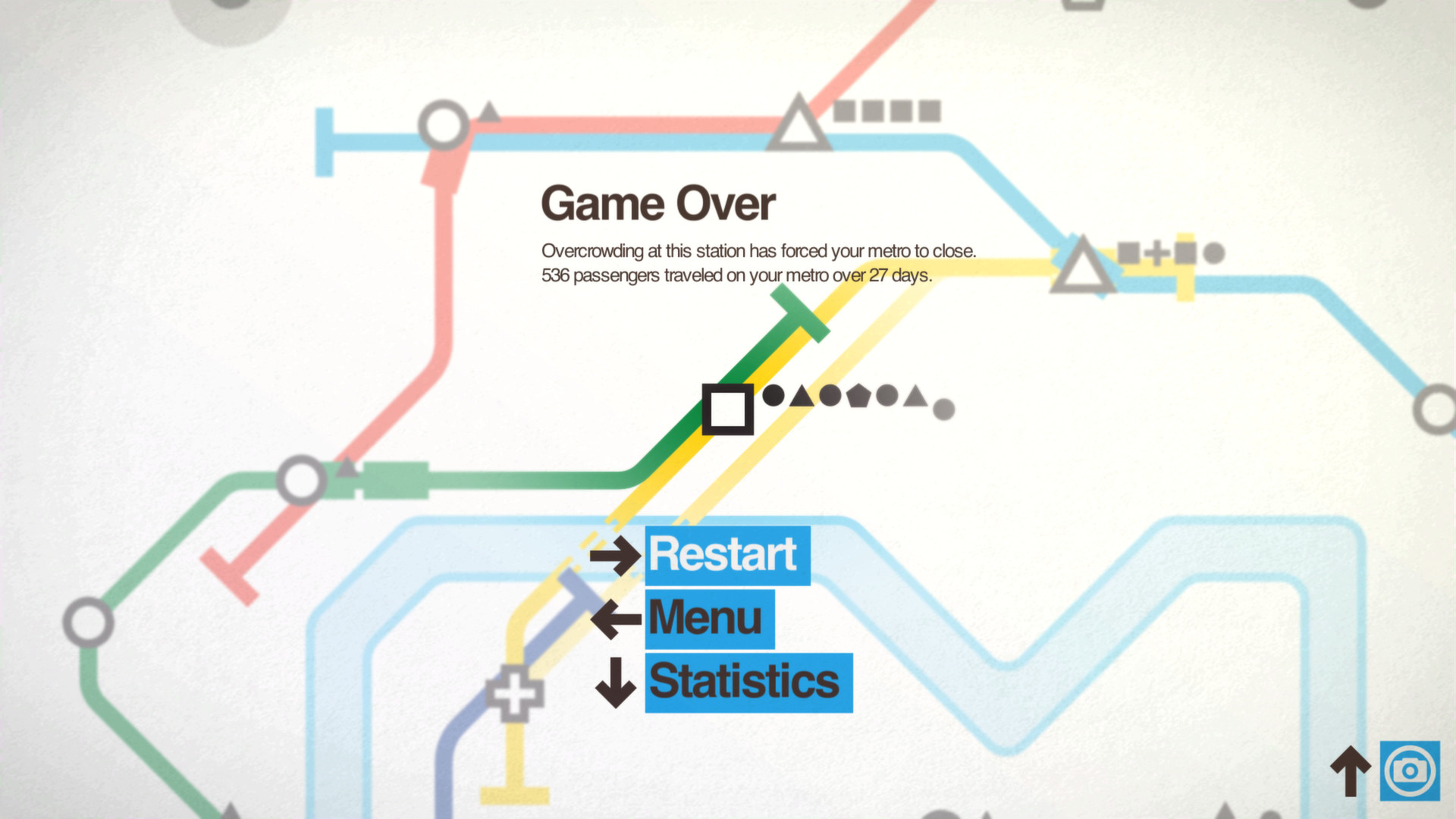 The city is growing. More stations are opening, and commuters are appearing faster. The demands on your network are ever-increasing. You'll be constantly redesigning your lines to maximise efficiency. The new assets you earn every week will help immensely — as long as they're used wisely.

Eventually your network will fail. Stations will open too quickly. Commuters will crowd the platforms. How long the city keeps moving is up to you.

Demo You can check out Mini Metro for yourself and play a game on the London map in the demo. The demo uses the Unity webplayer, so you'll need the Unity plugin (Windows and OS X only unfortunately).