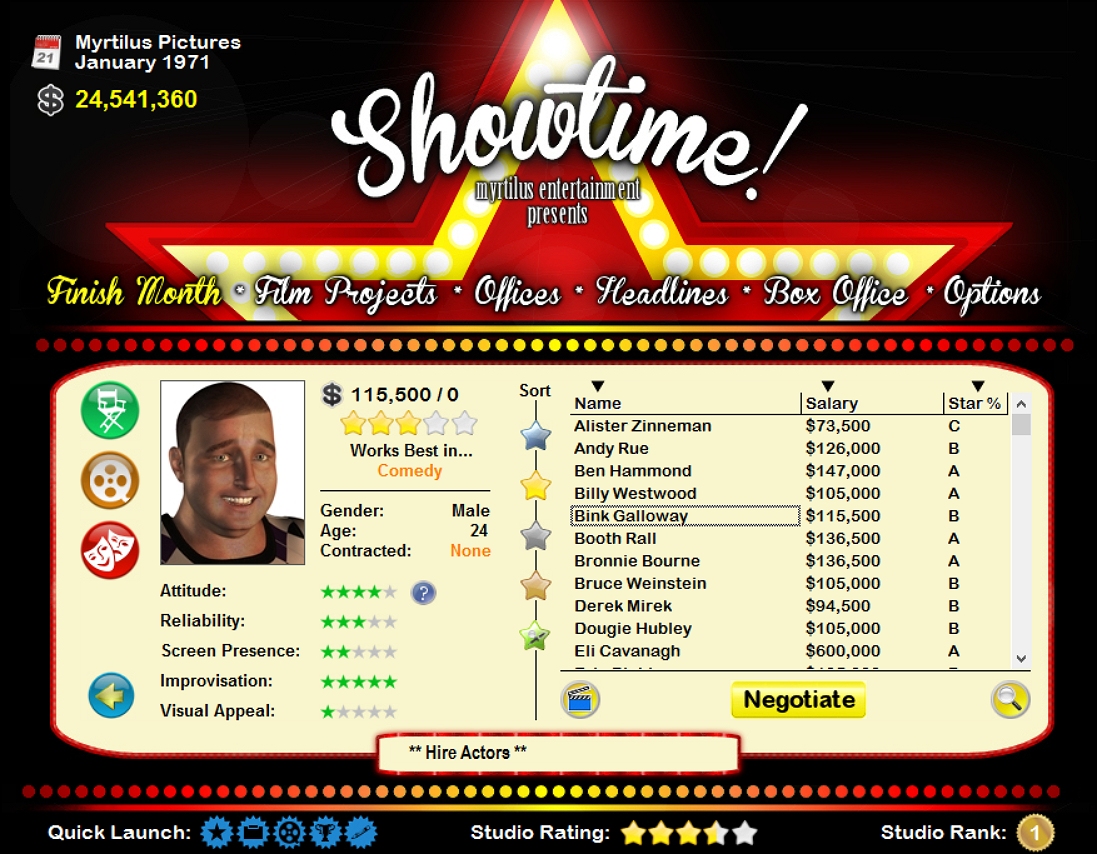 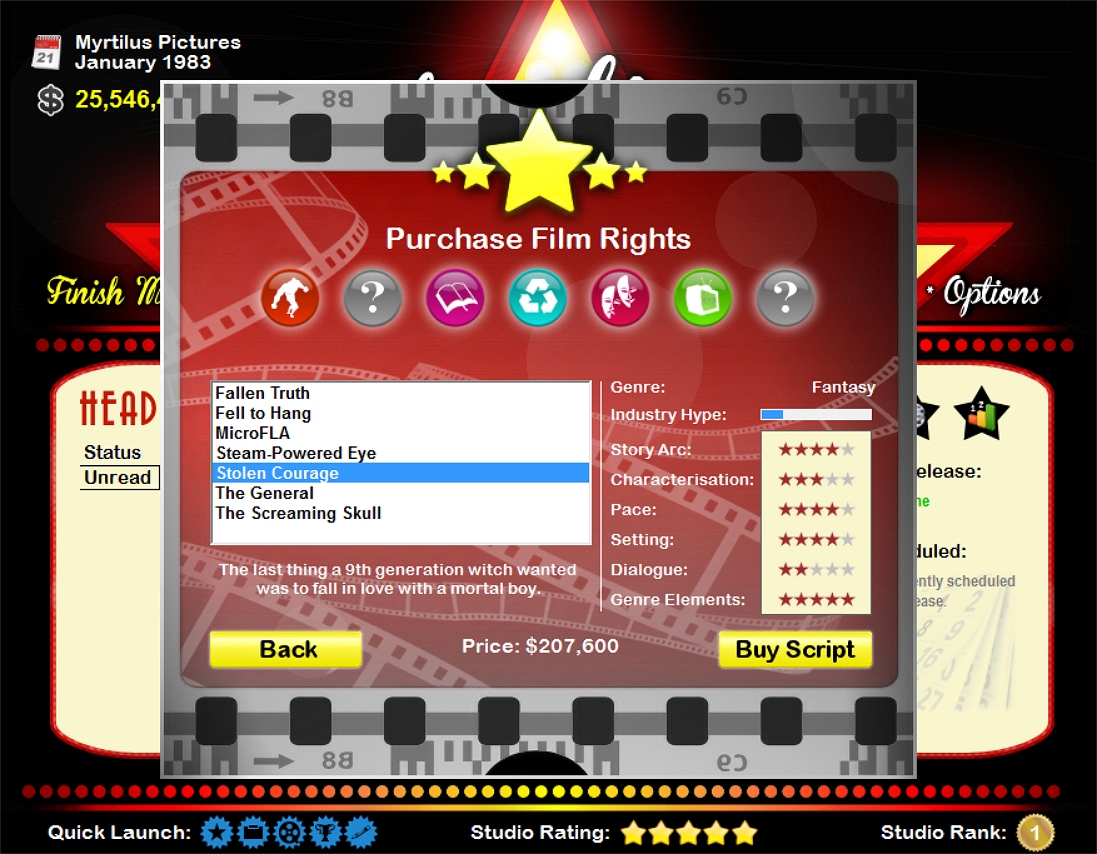 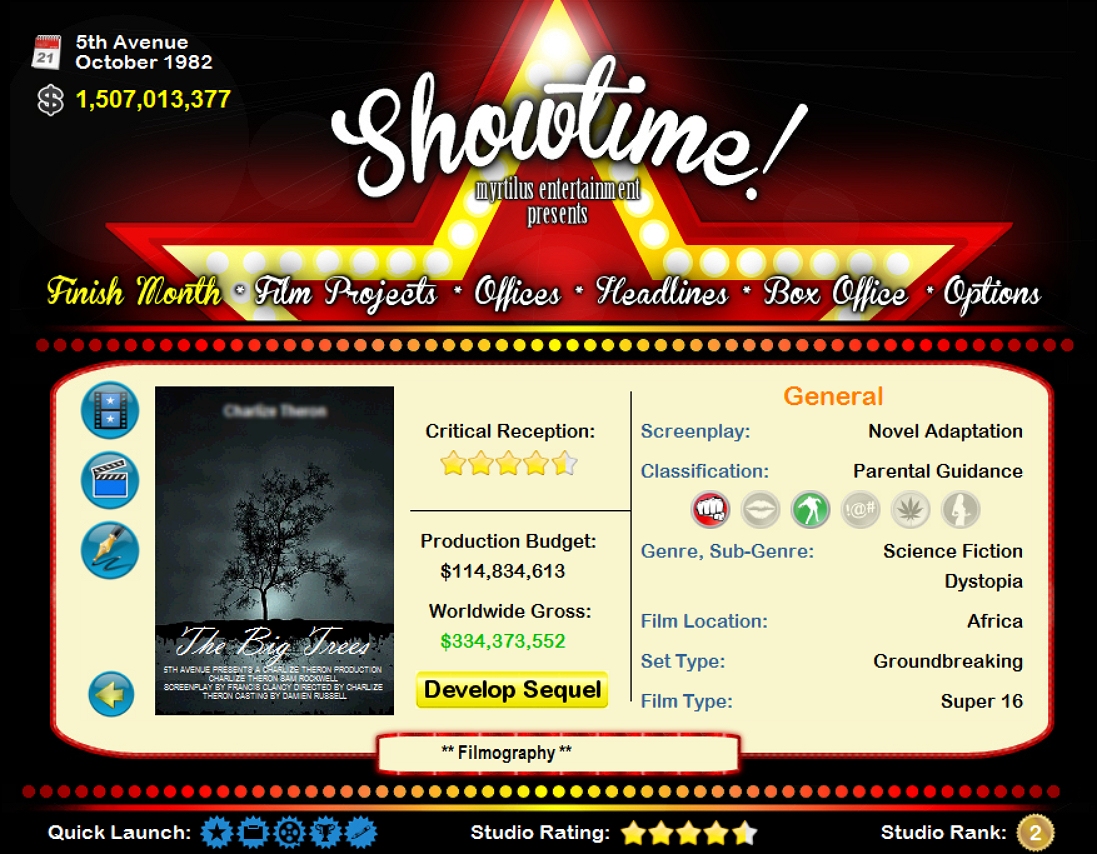 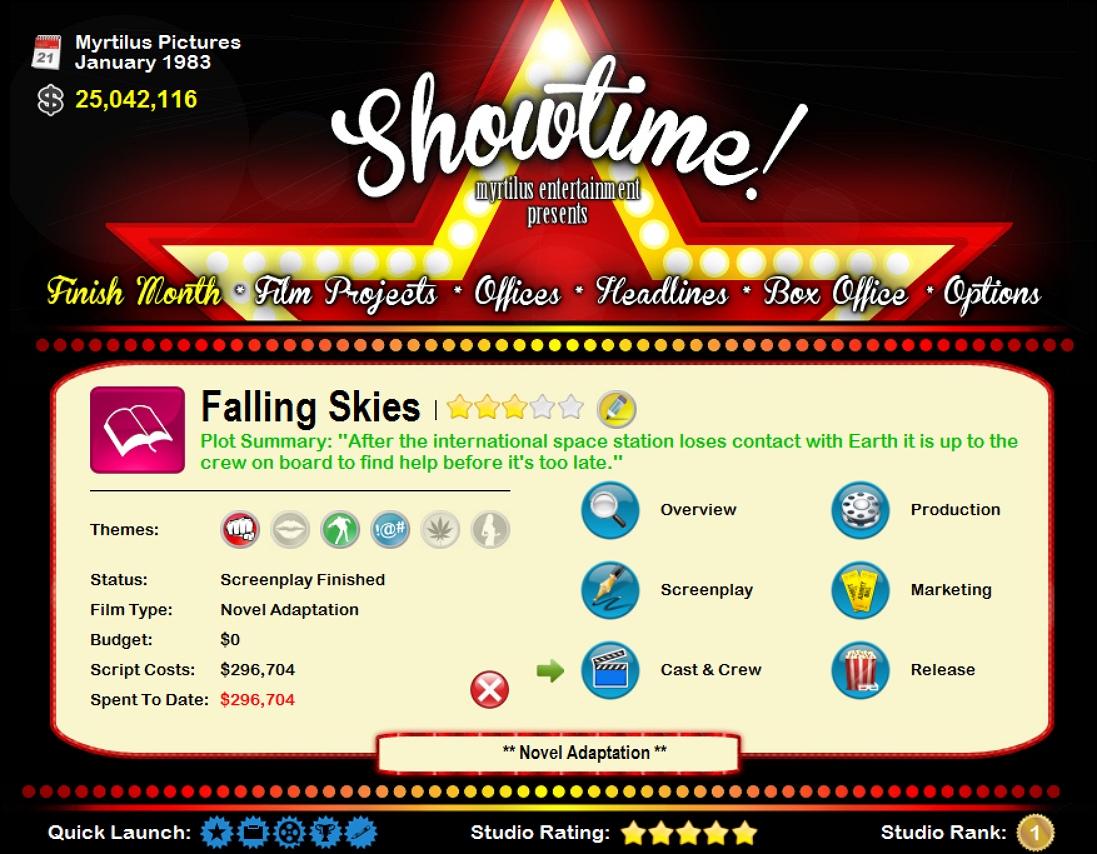 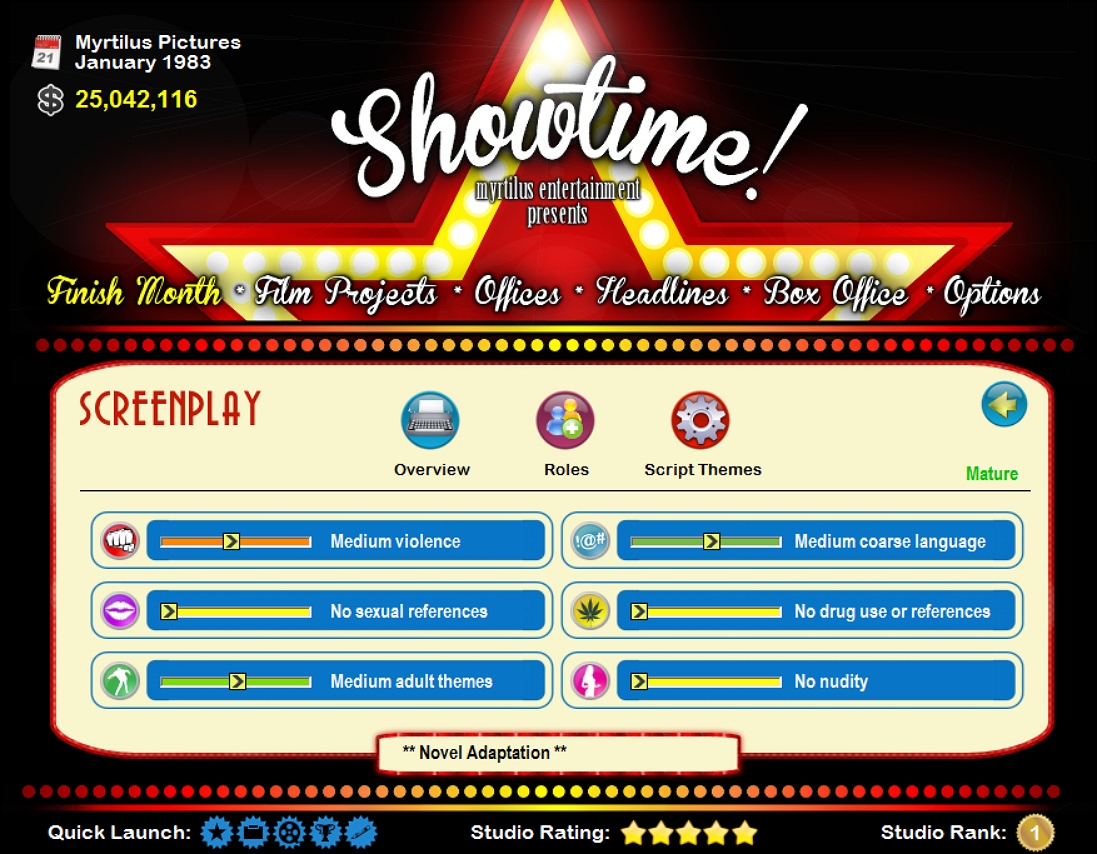 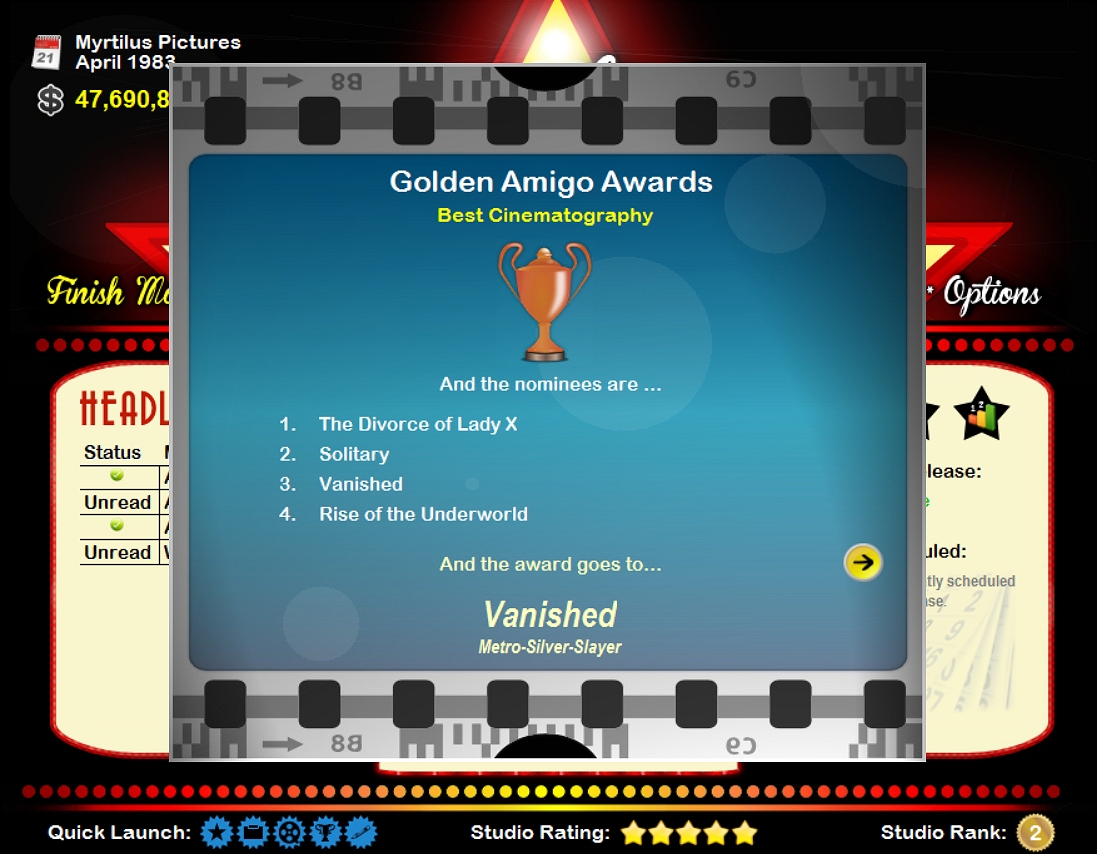 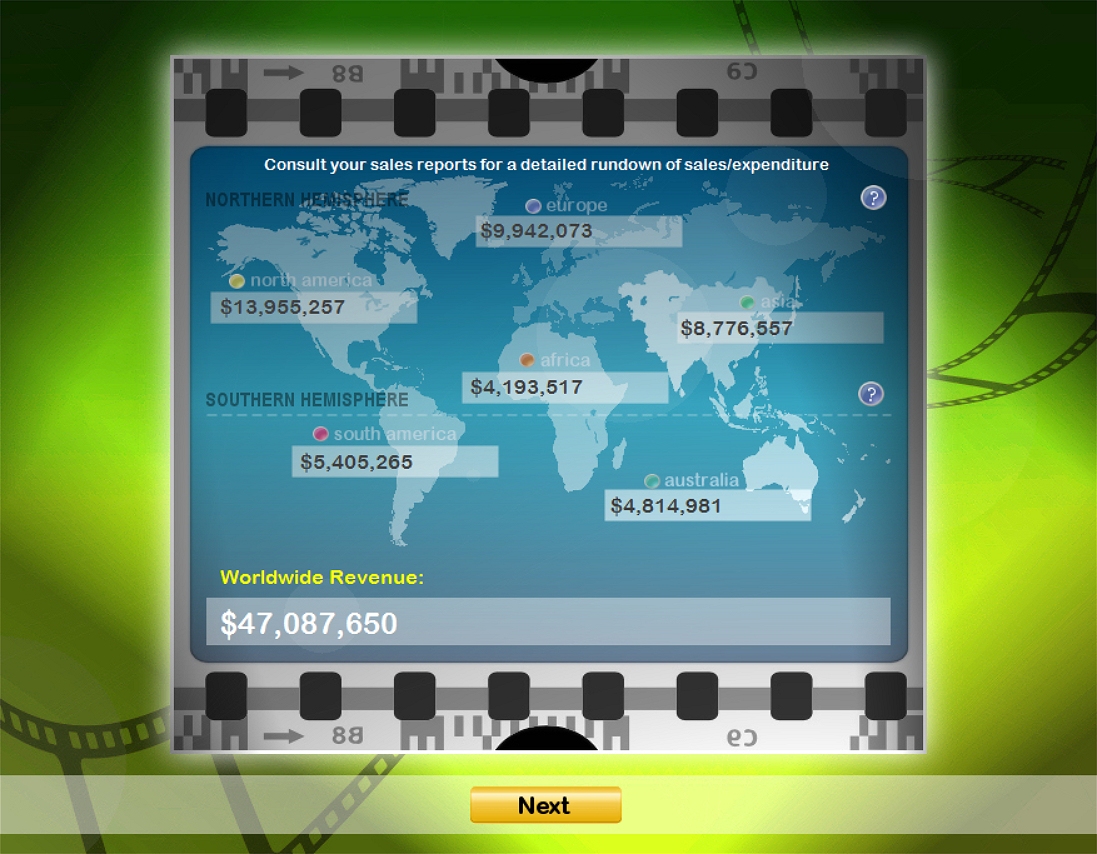 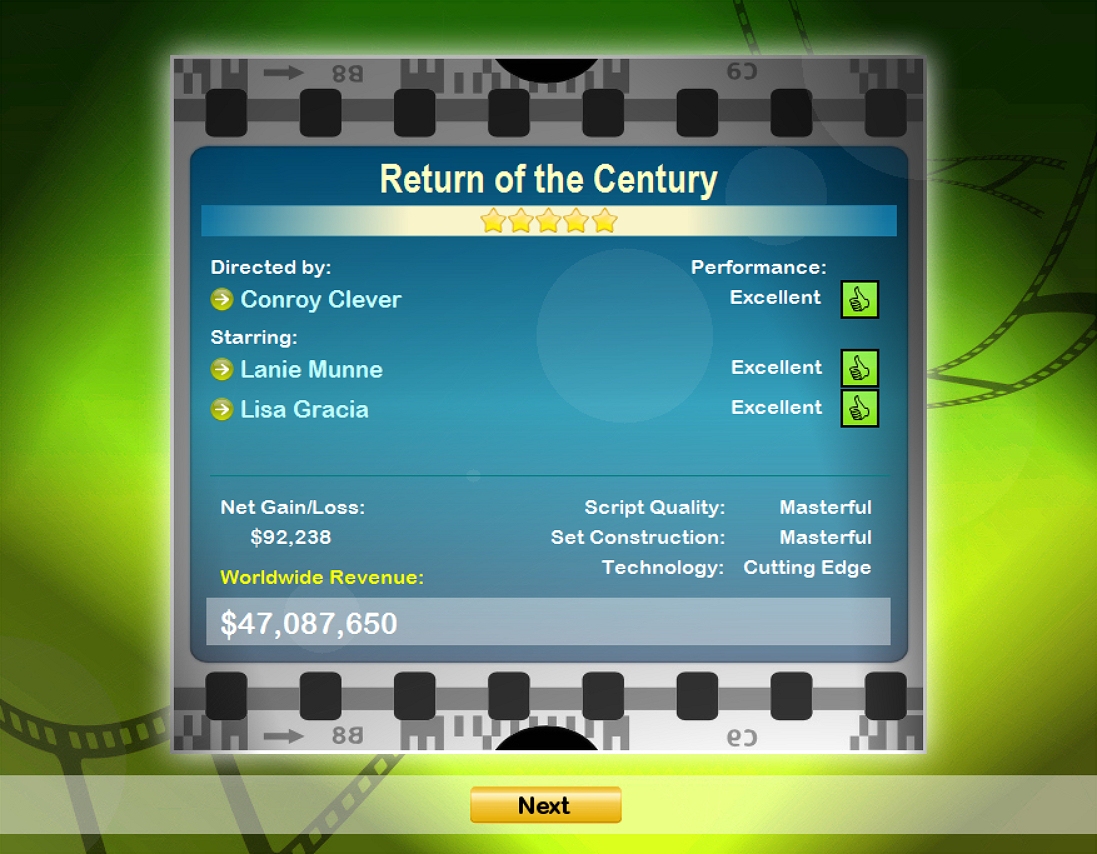 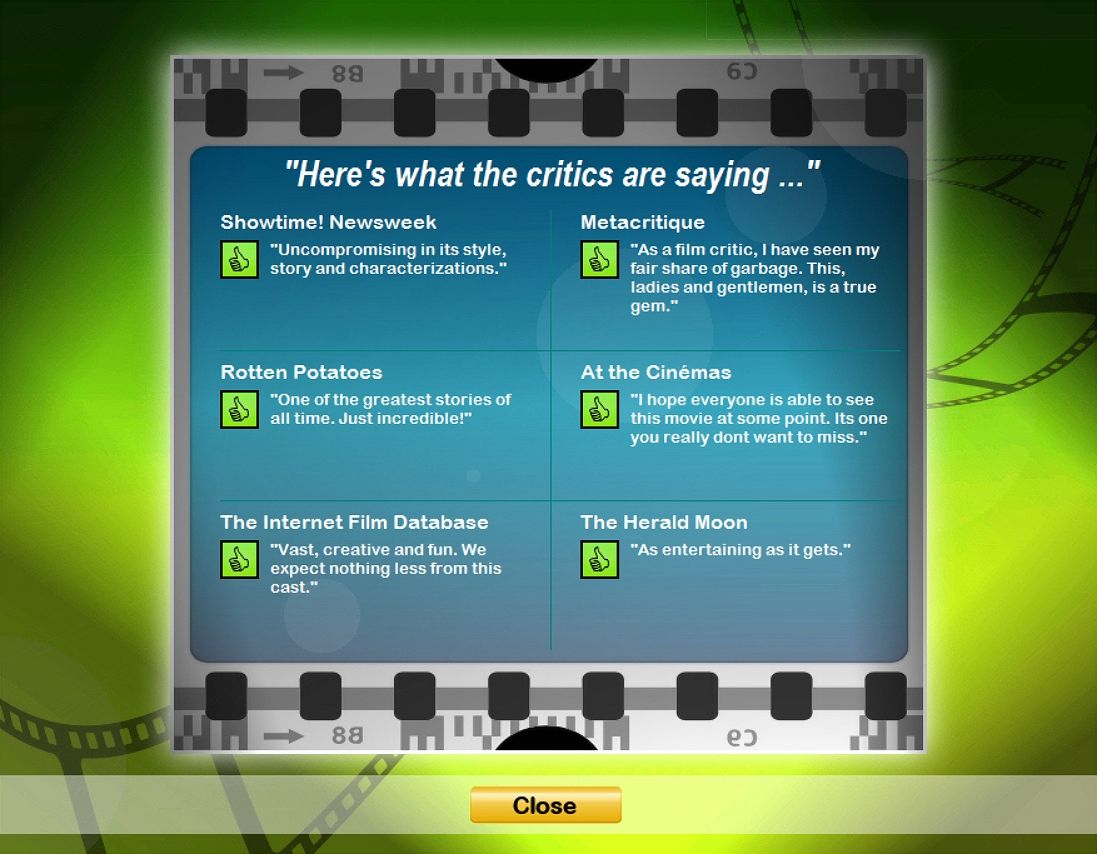 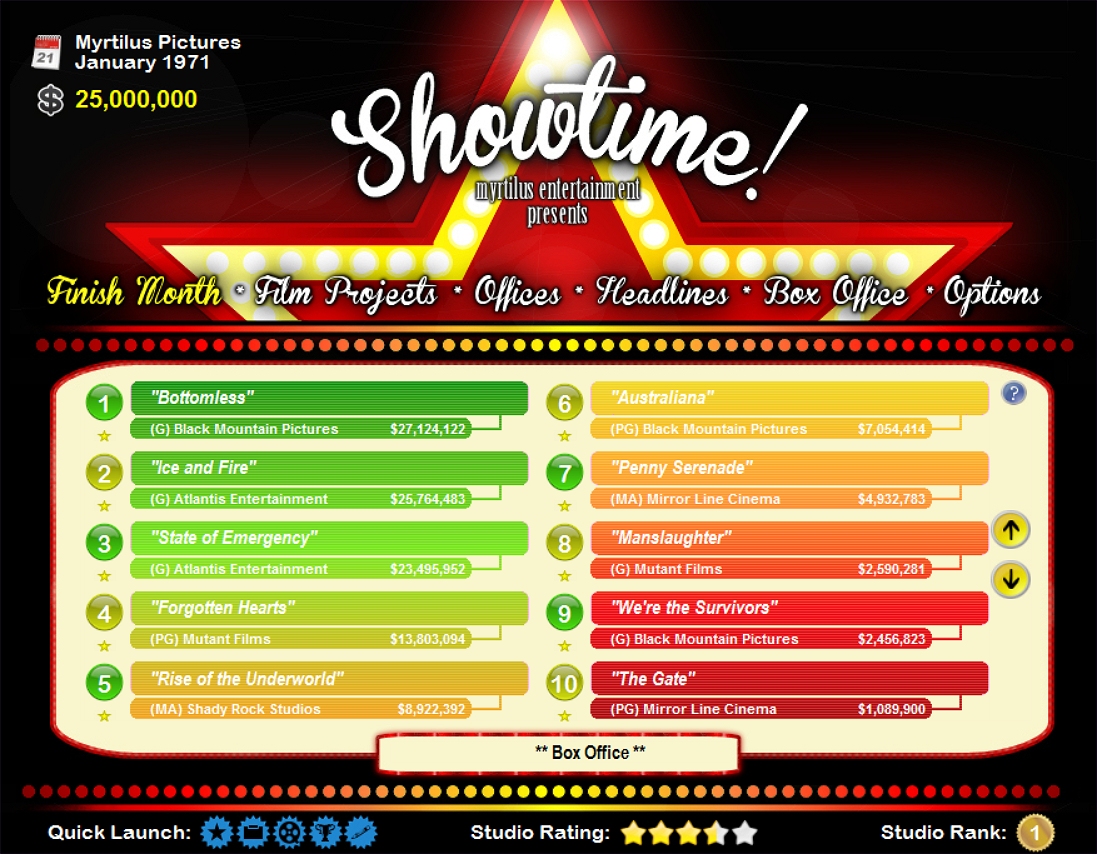 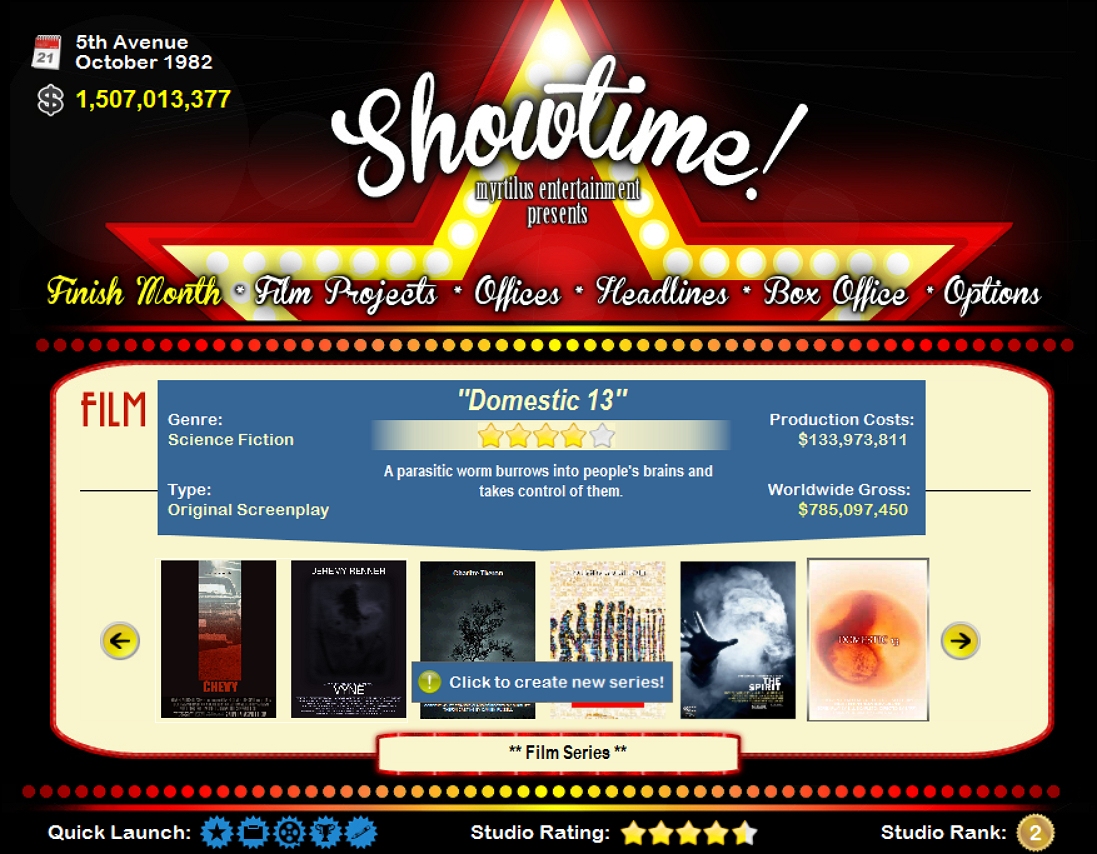 "Showtime!" will allow you to control and build your very own movie studio from the ground up! As a newcomer to Tinseltown it will be your job to create movies your audiences want to see as well as develop new technology to stay relevant in the film industry.