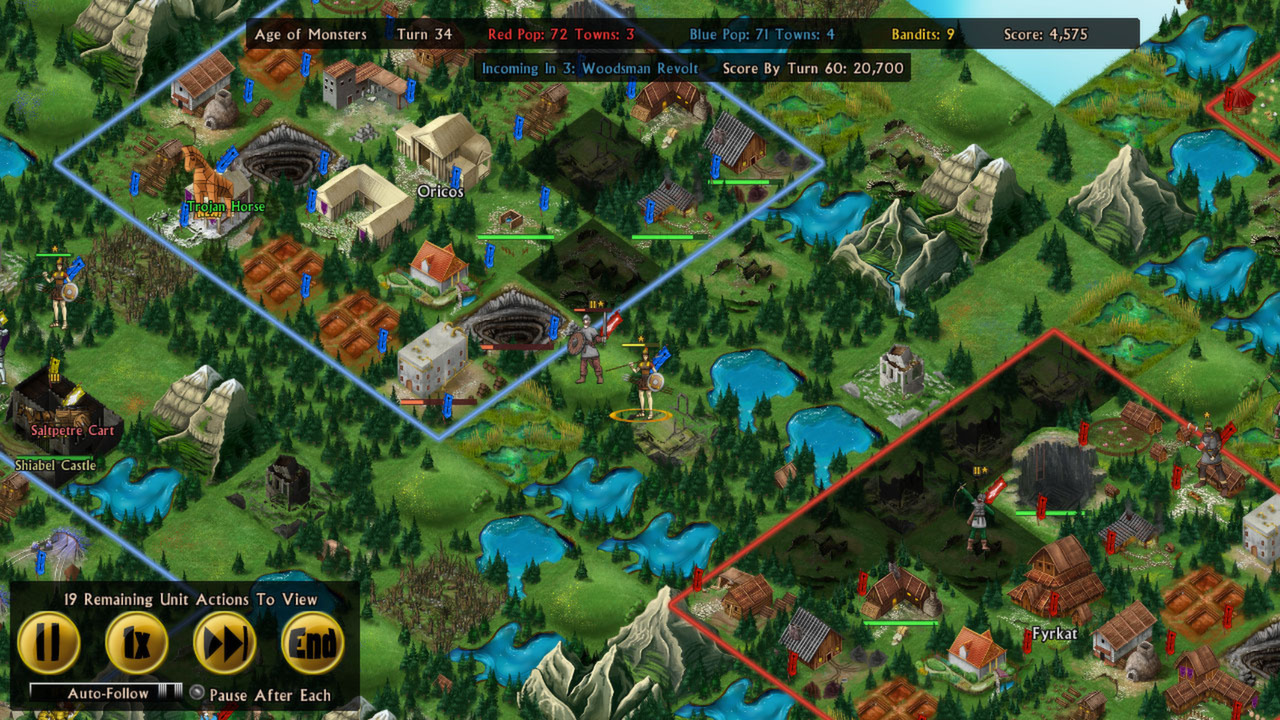 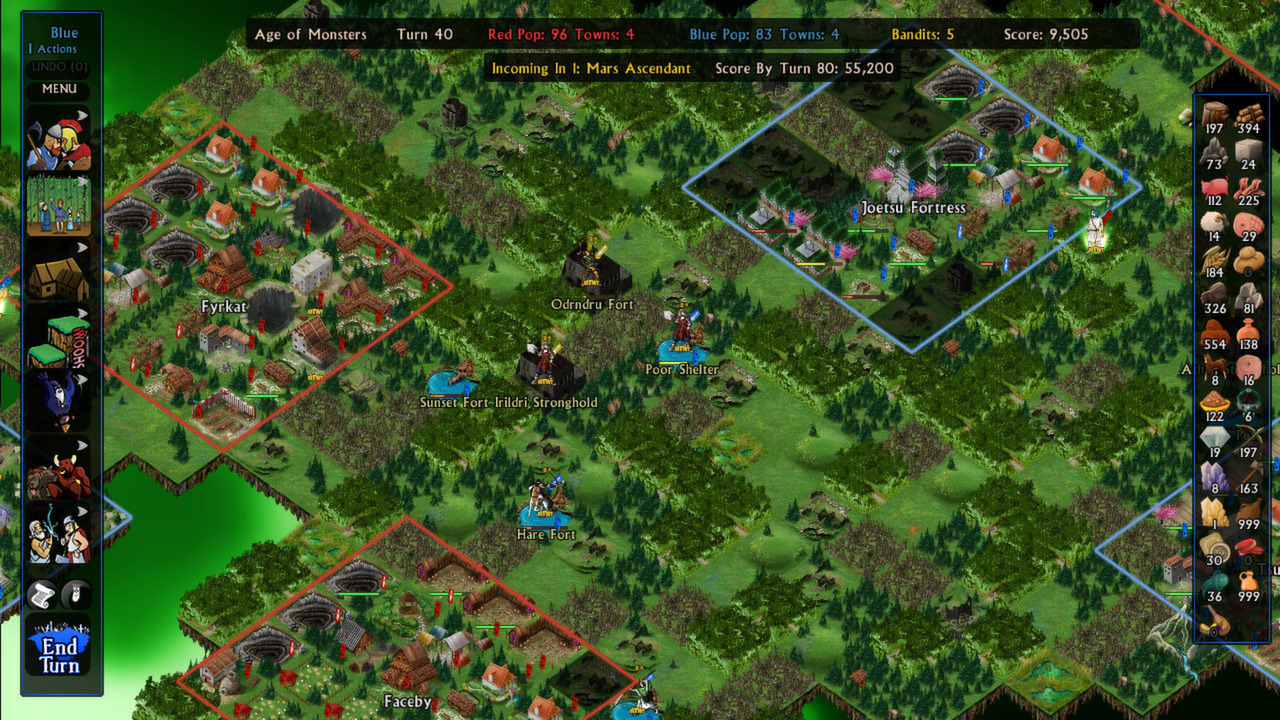 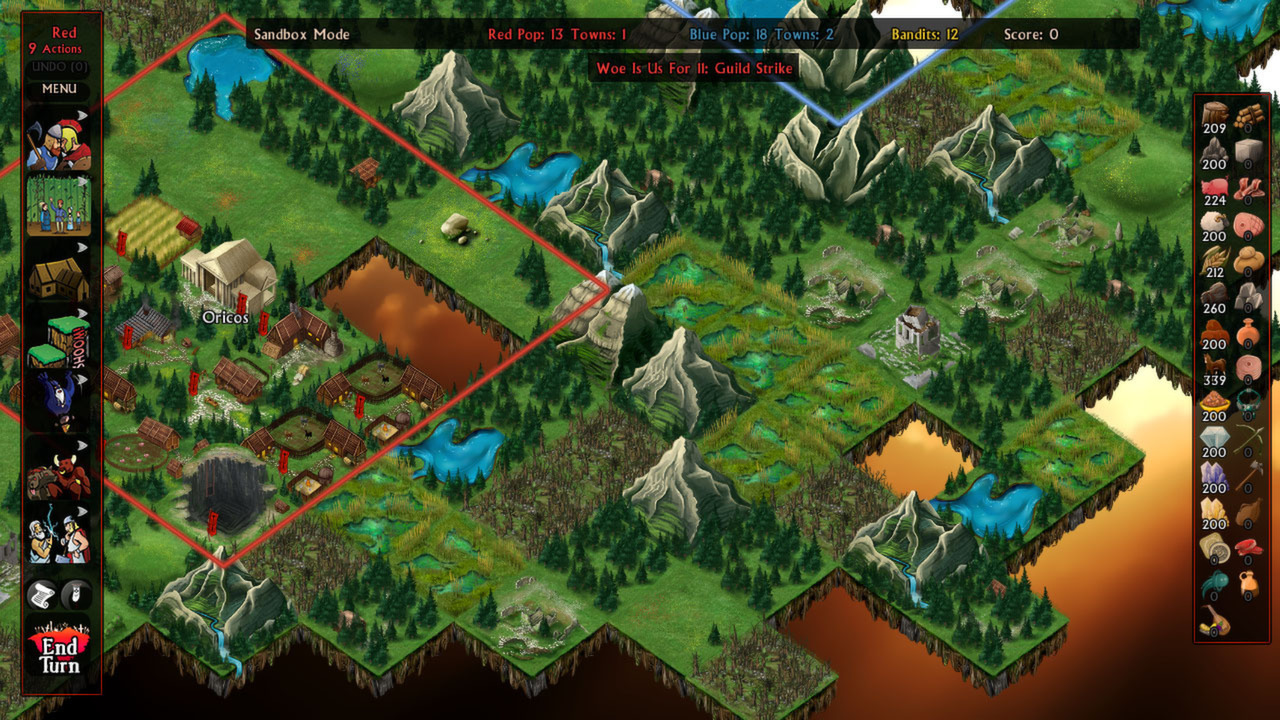 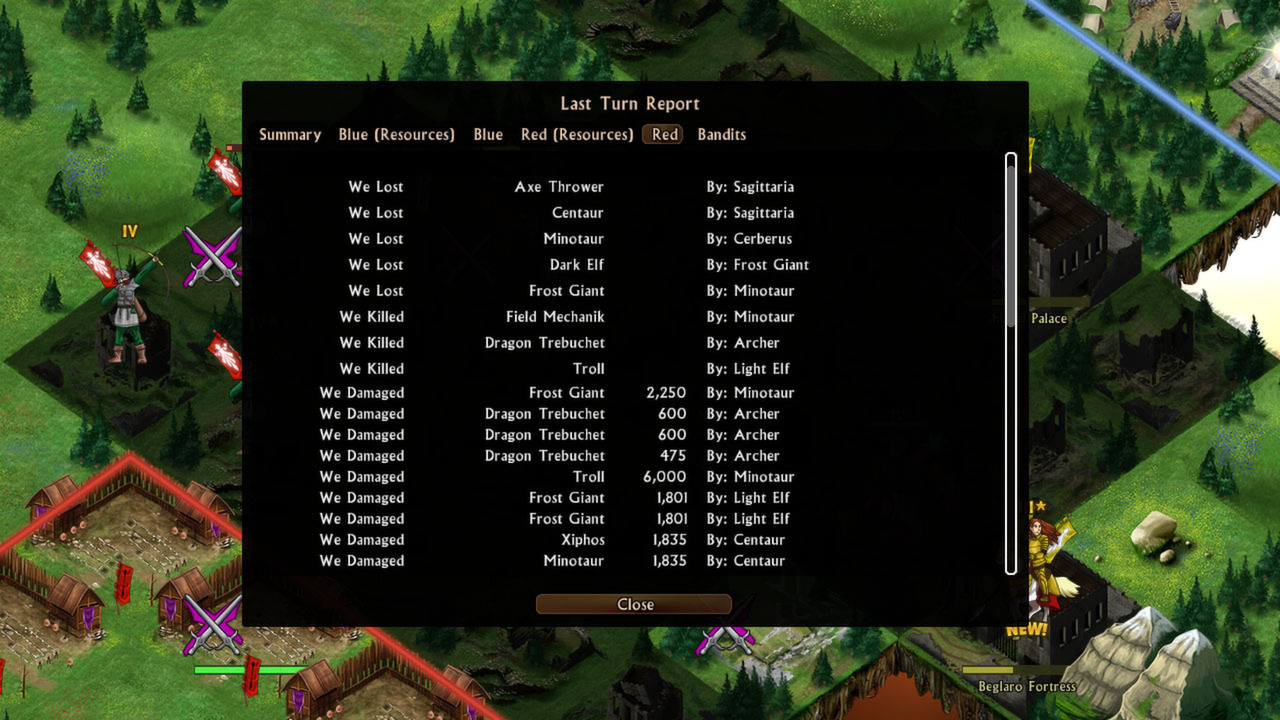 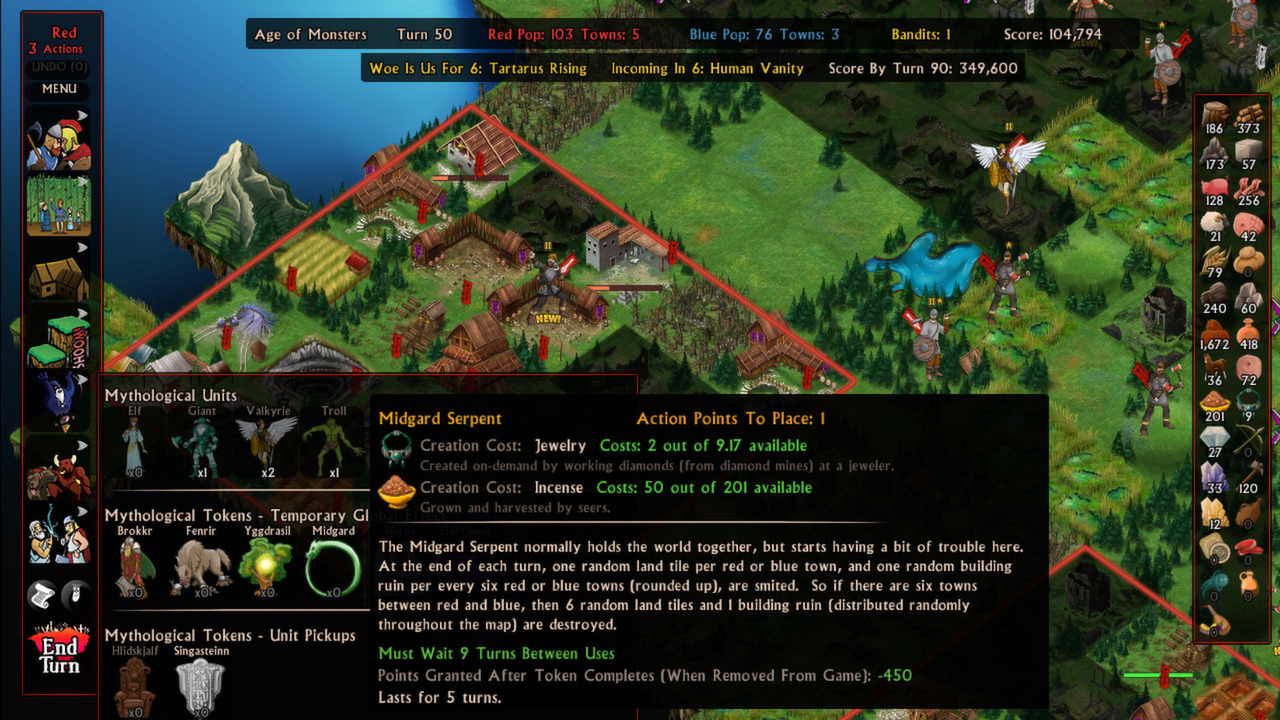 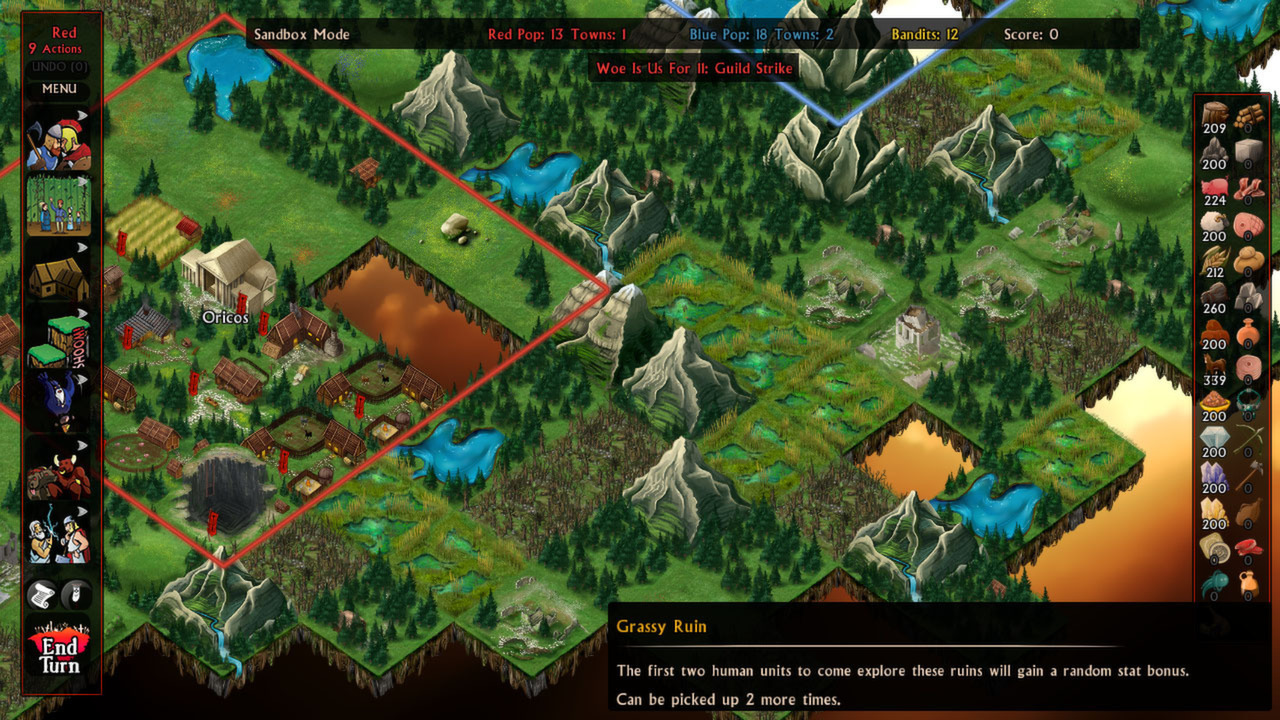 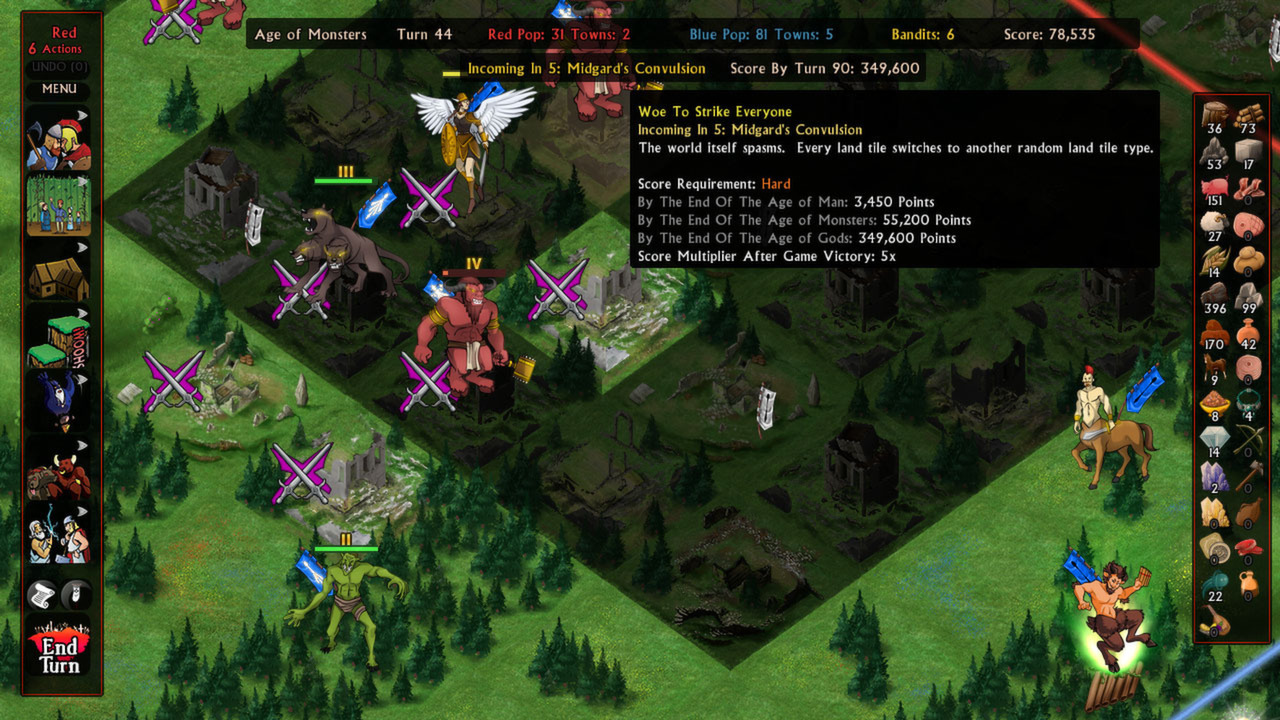 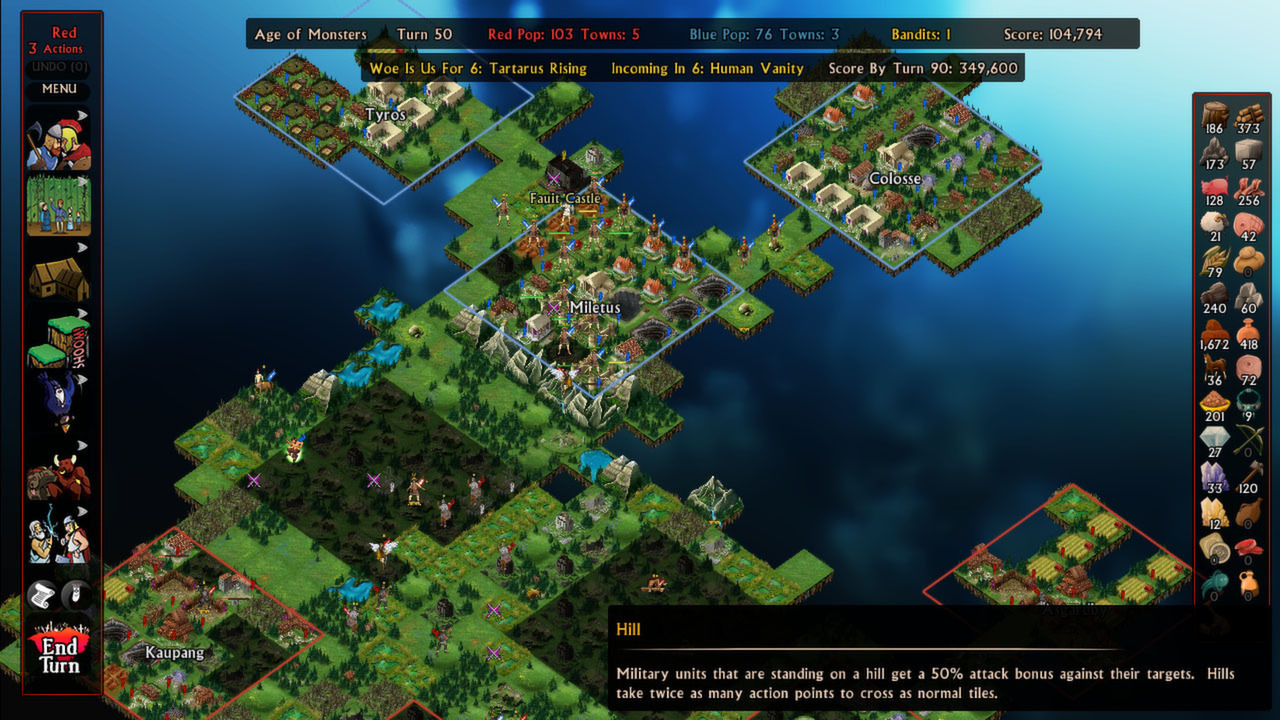 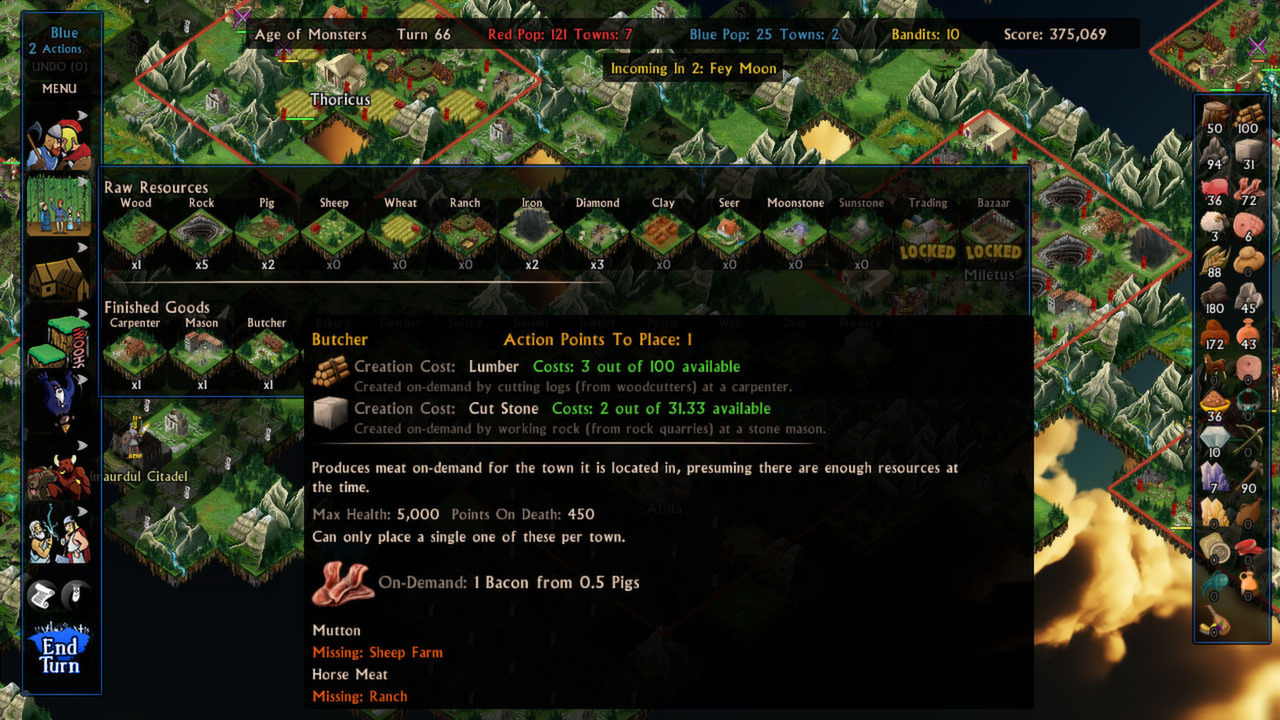 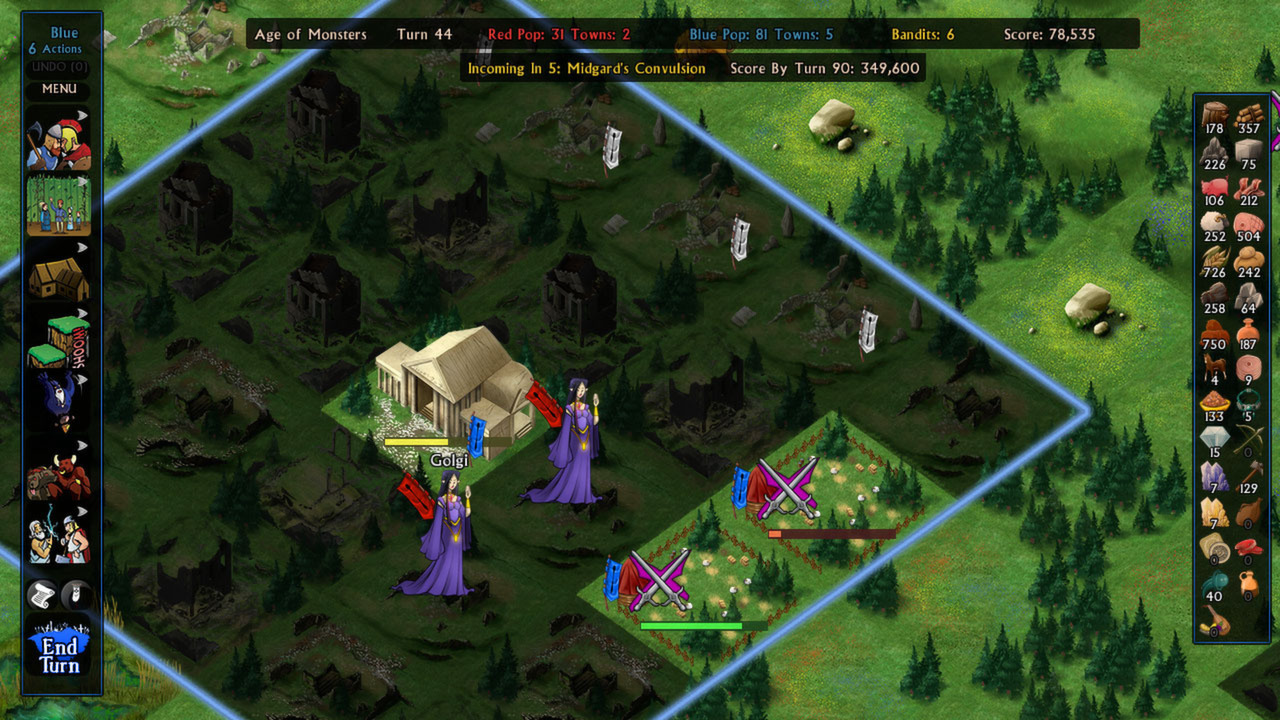 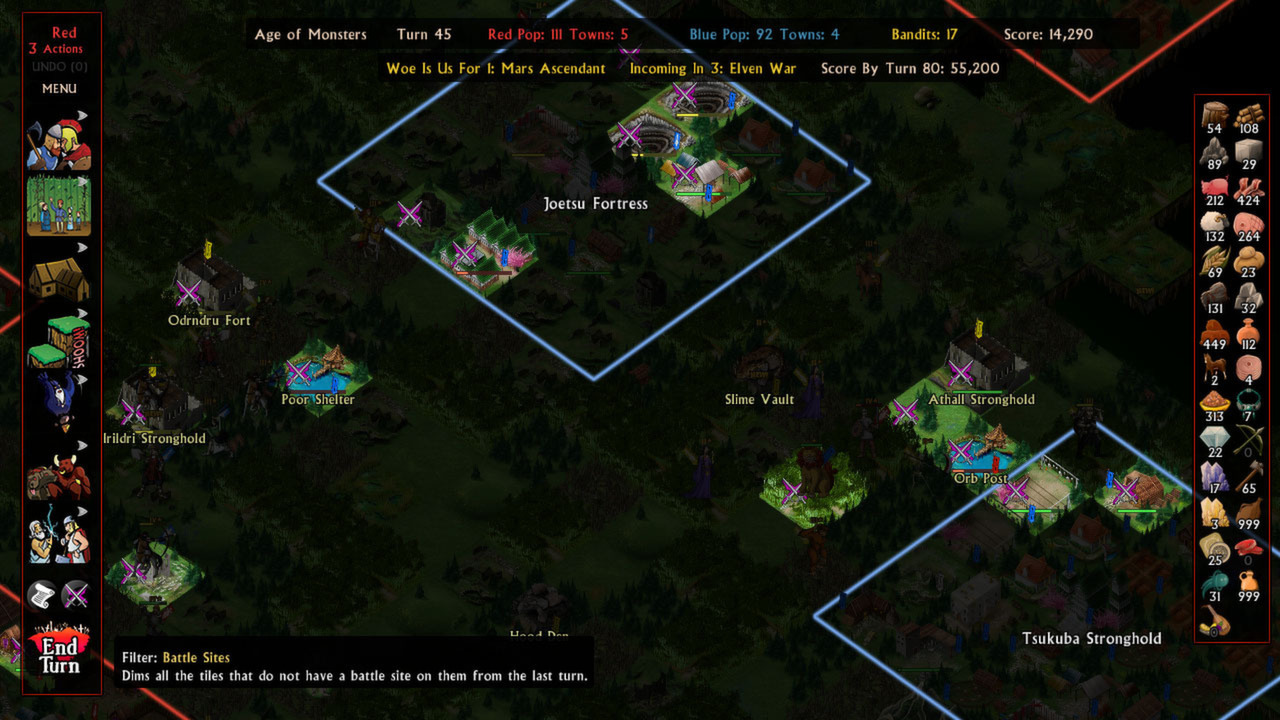 Your task is to build and populate the floating continent of Luminith. You create -- but cannot control -- gods, creatures, and artifacts from both Greek and Norse mythology. The power you wield with these is immense: Heimdall`s horn causes everyone outdoors to drop dead, for crying out loud. Your task is to keep both factions alive and fighting until The Master calls you home -- but this is harder than it sounds. Bandit Keeps pop up periodically, as do Woes such as floods, serial killers, guild strikes, and vegetarian uprisings. Every game plays out differently, and you`ll need even the craziest of your powers in order to survive what lies in store for you.