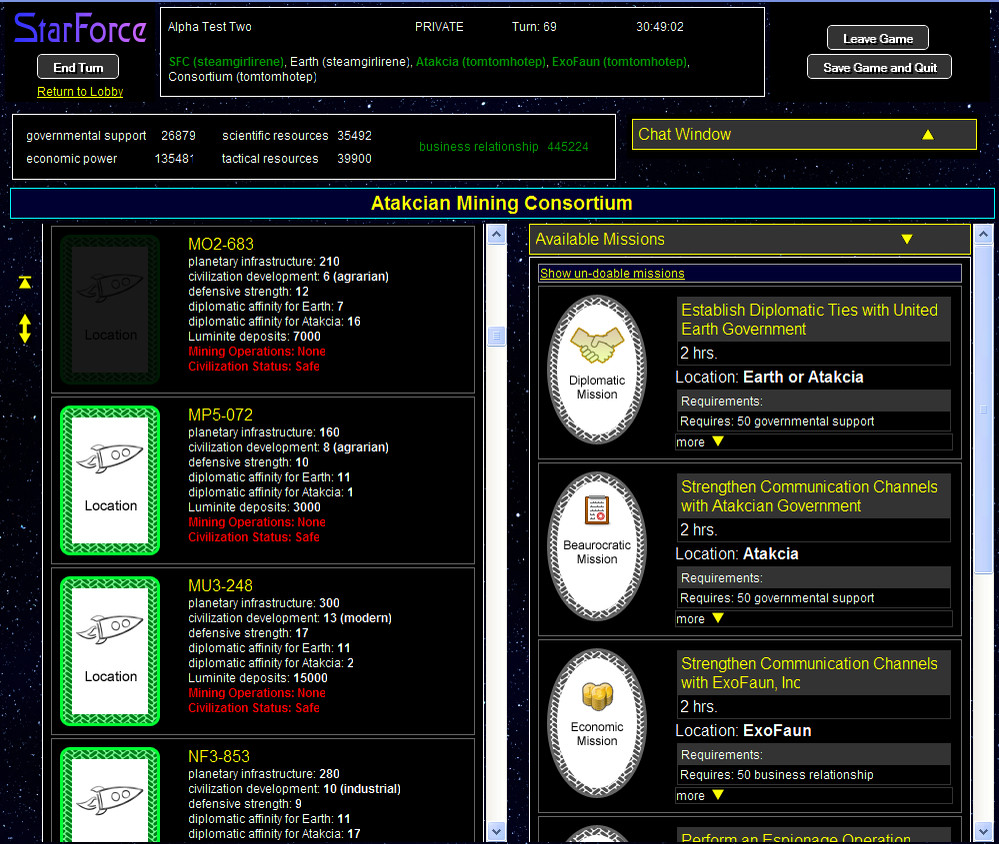 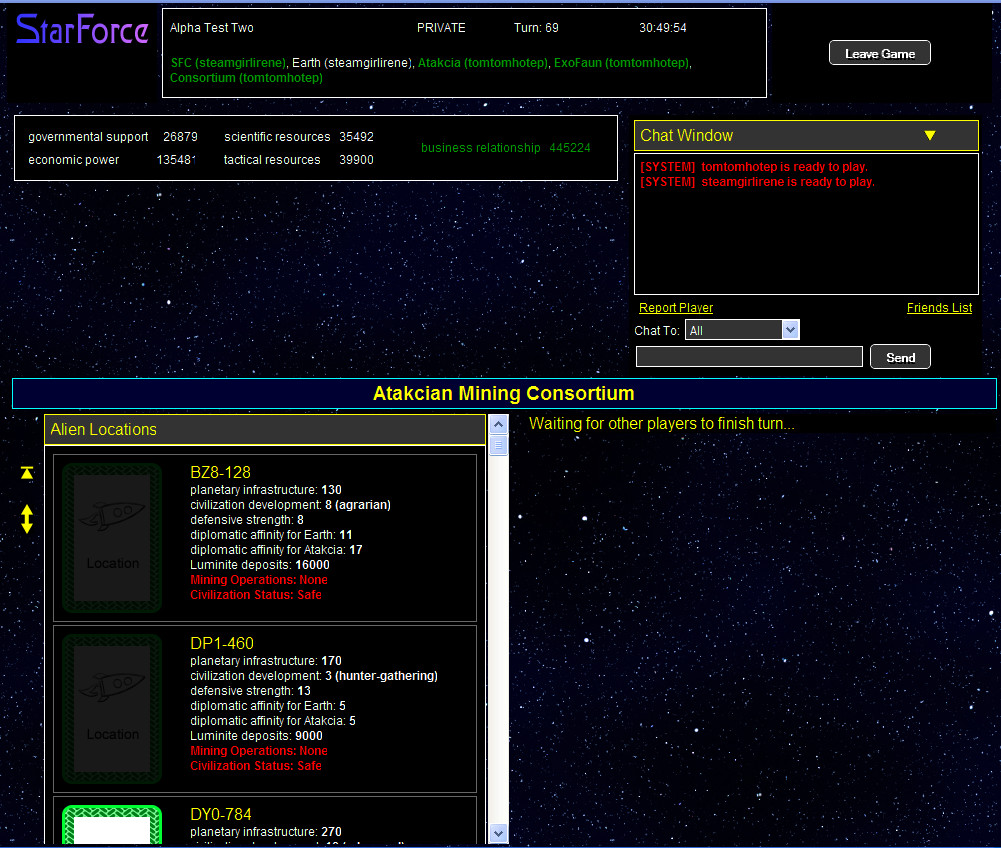 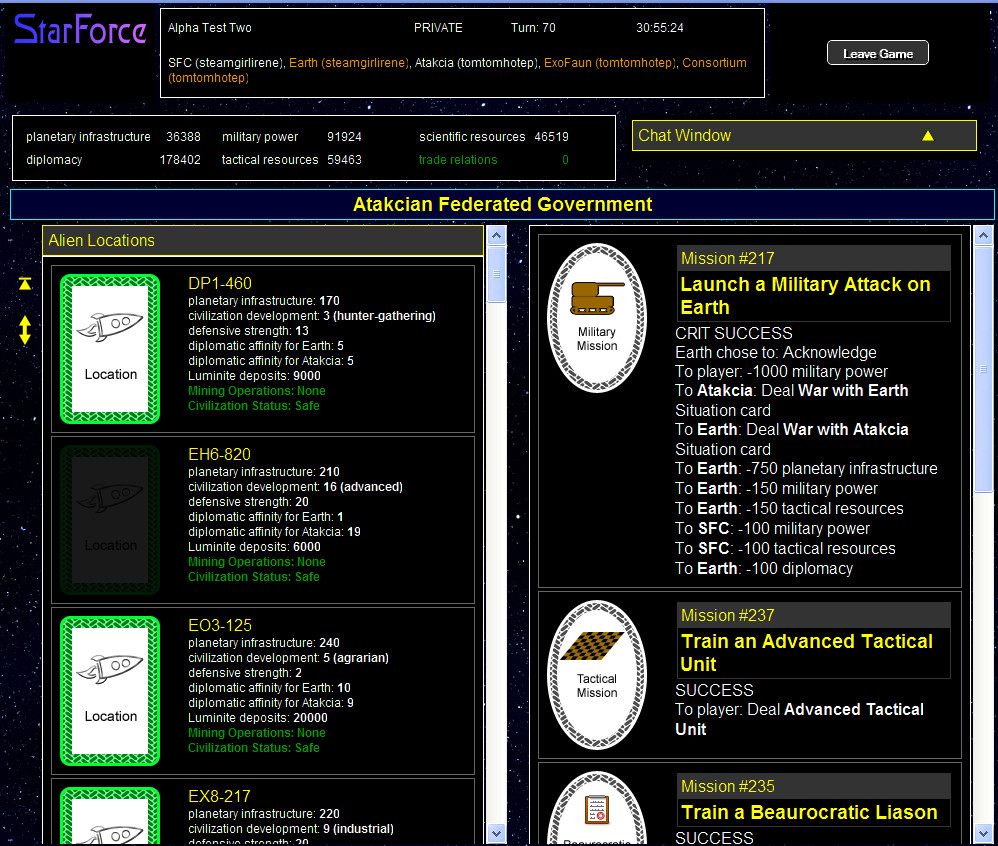 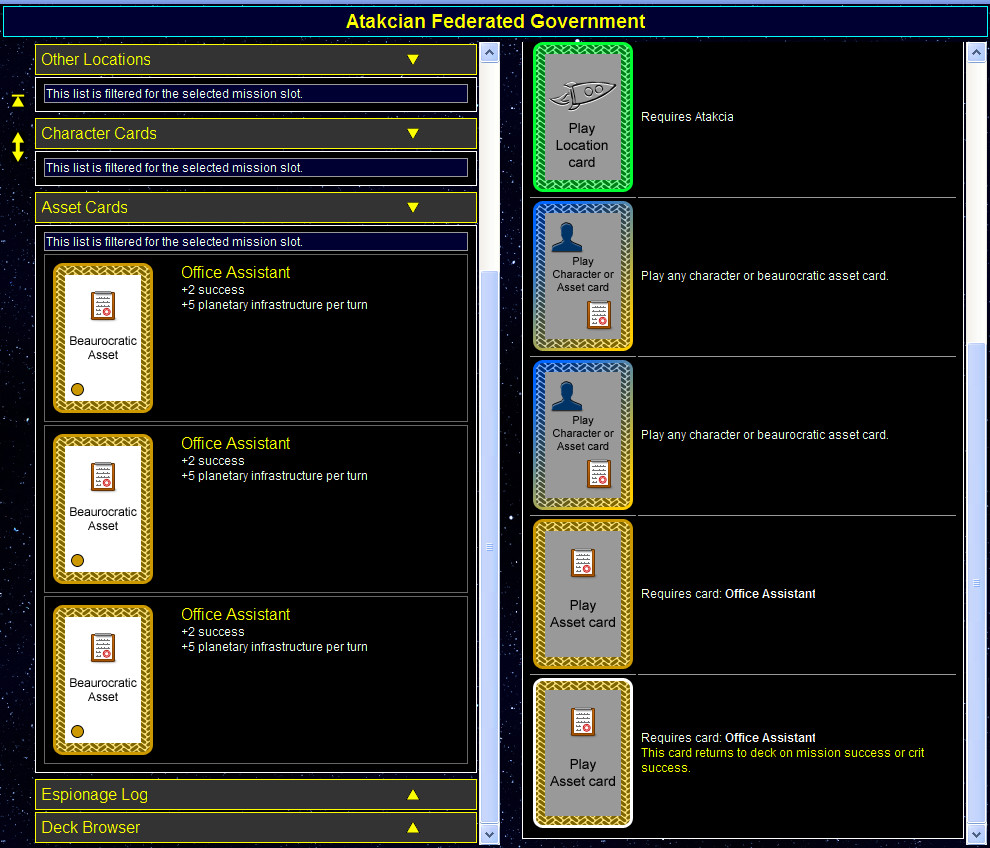 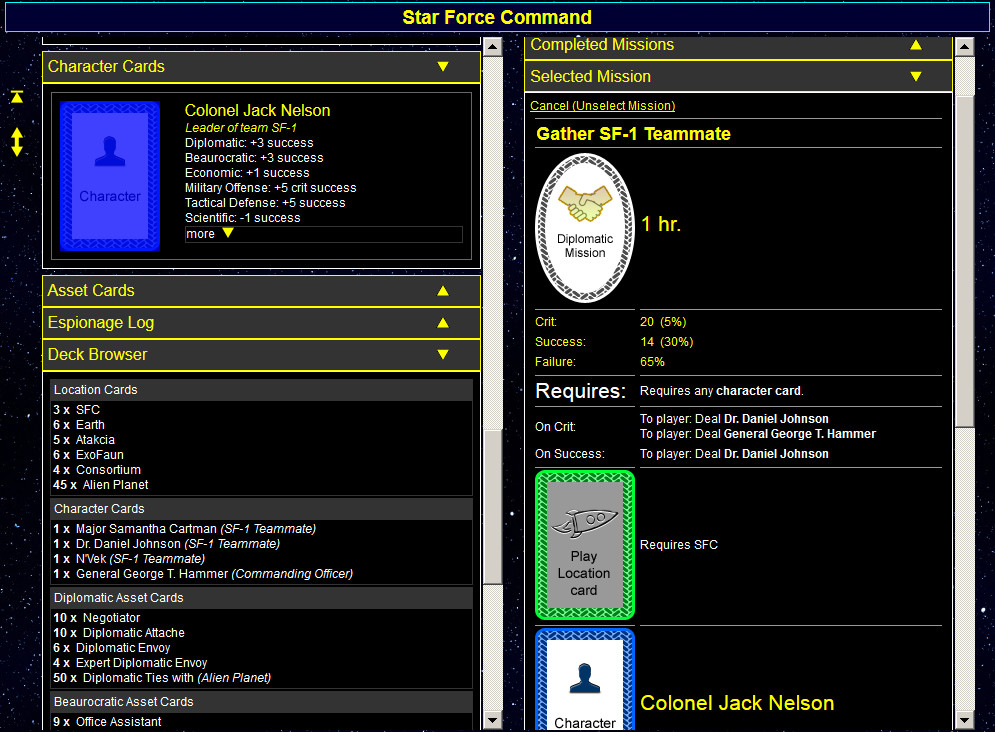 Playing as one of 5 different factions, each with different goals, you may defend helpless alien civilizations, or exploit them for their planets` natural resources. Play with others who are online, or play against the AI.

Atakcia and Earth have been in peaceful co-existence for many decades, ever since the alien race visited our planet. But now, the Atakcian Mining Consortium has adopted a dreadfully in-humane business practice, which is endangering the civilizations of many innocent worlds. Earth, and its space-exploring organization, Star Force Command, are outraged, and have decided to put an end to this travesty of capitalism, whatever the cost.

Will Earth and Atakcia end up at war? Will the Mining Consortium bow to diplomatic pressure? Will the earth corporation, ExoFaun, Inc. decide to stop providing the scientific resources that enables the Consortium to continue their exploitation?

The outcome, and the fate of many worlds, is up to you.