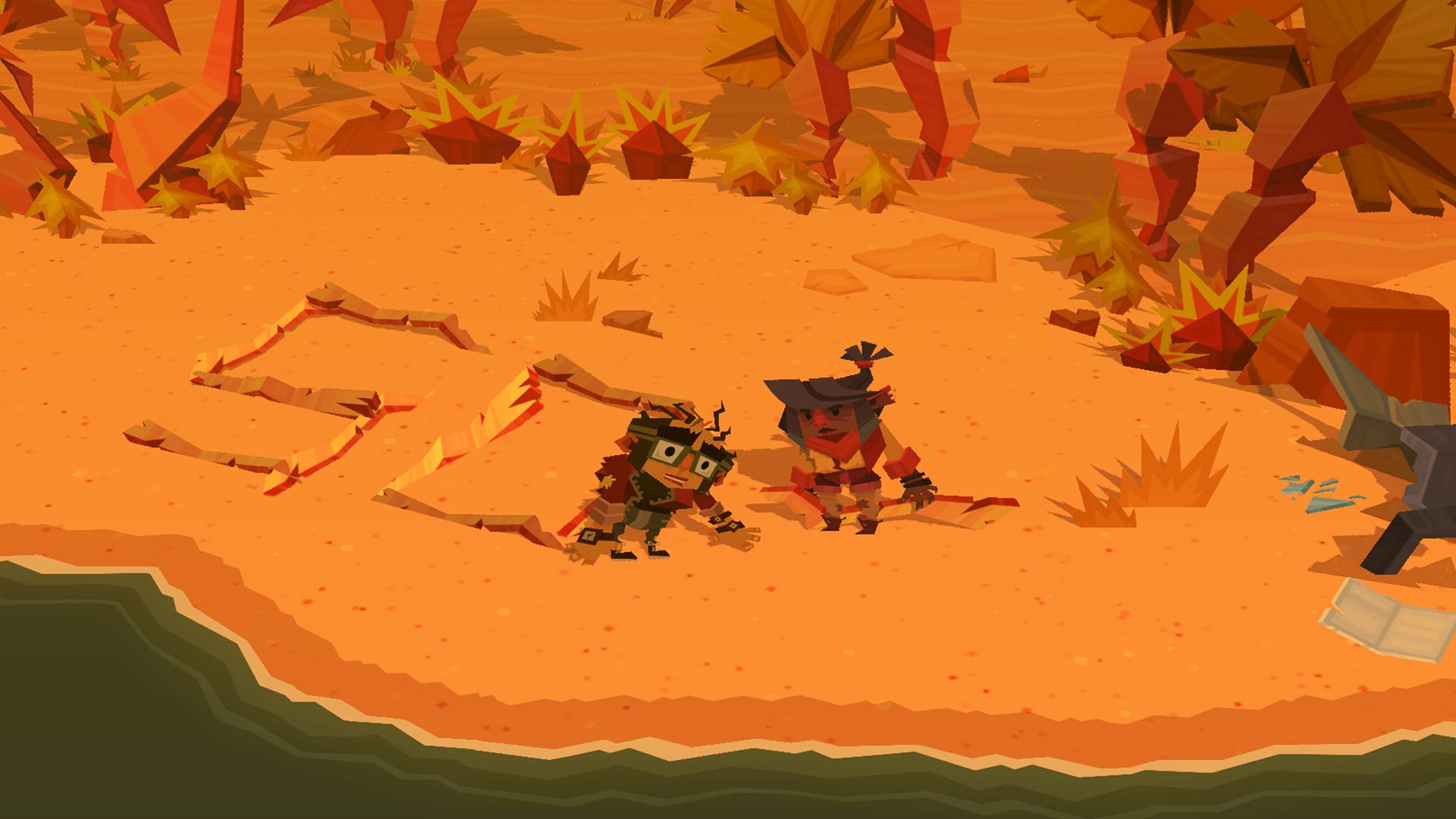 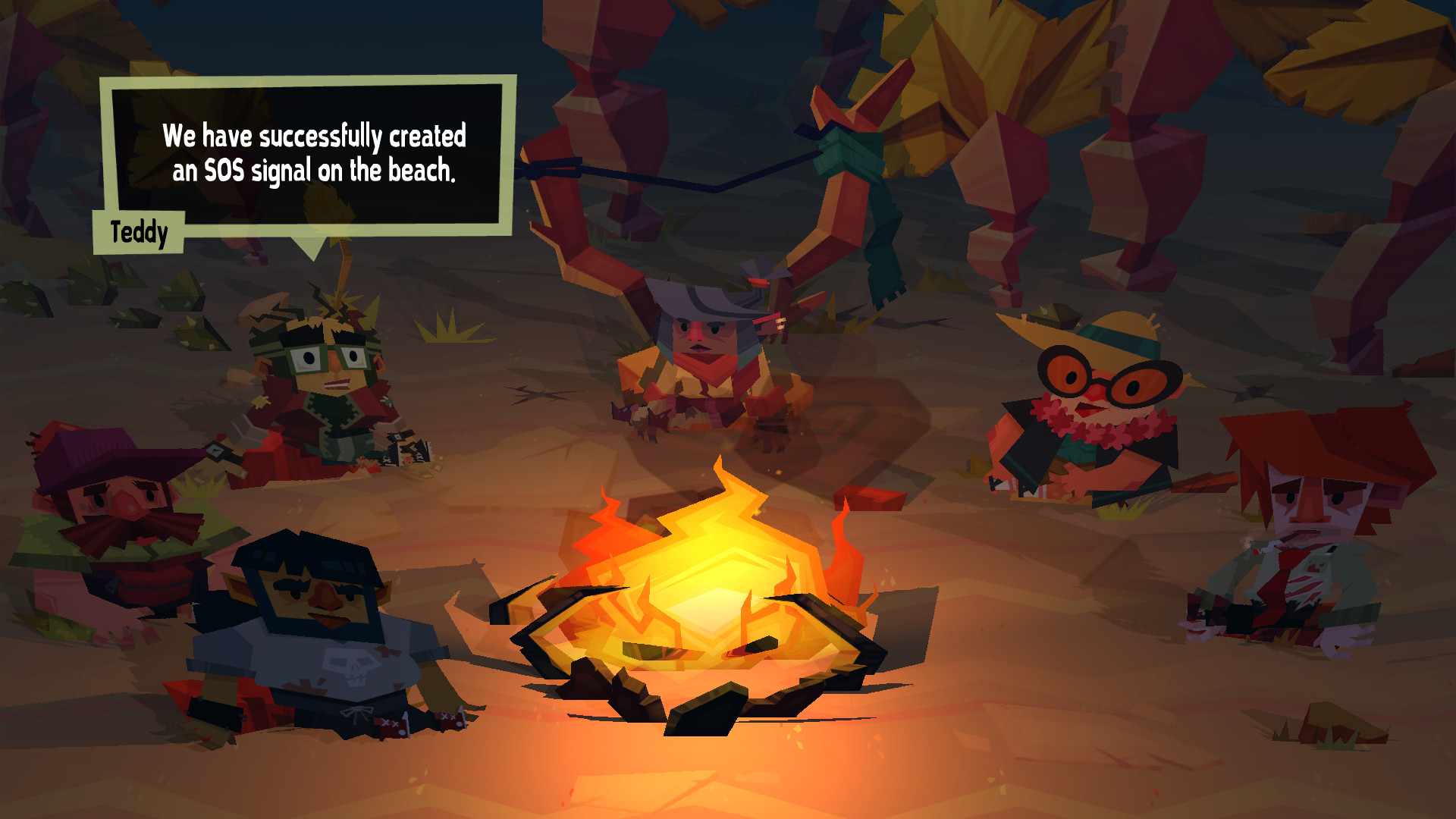 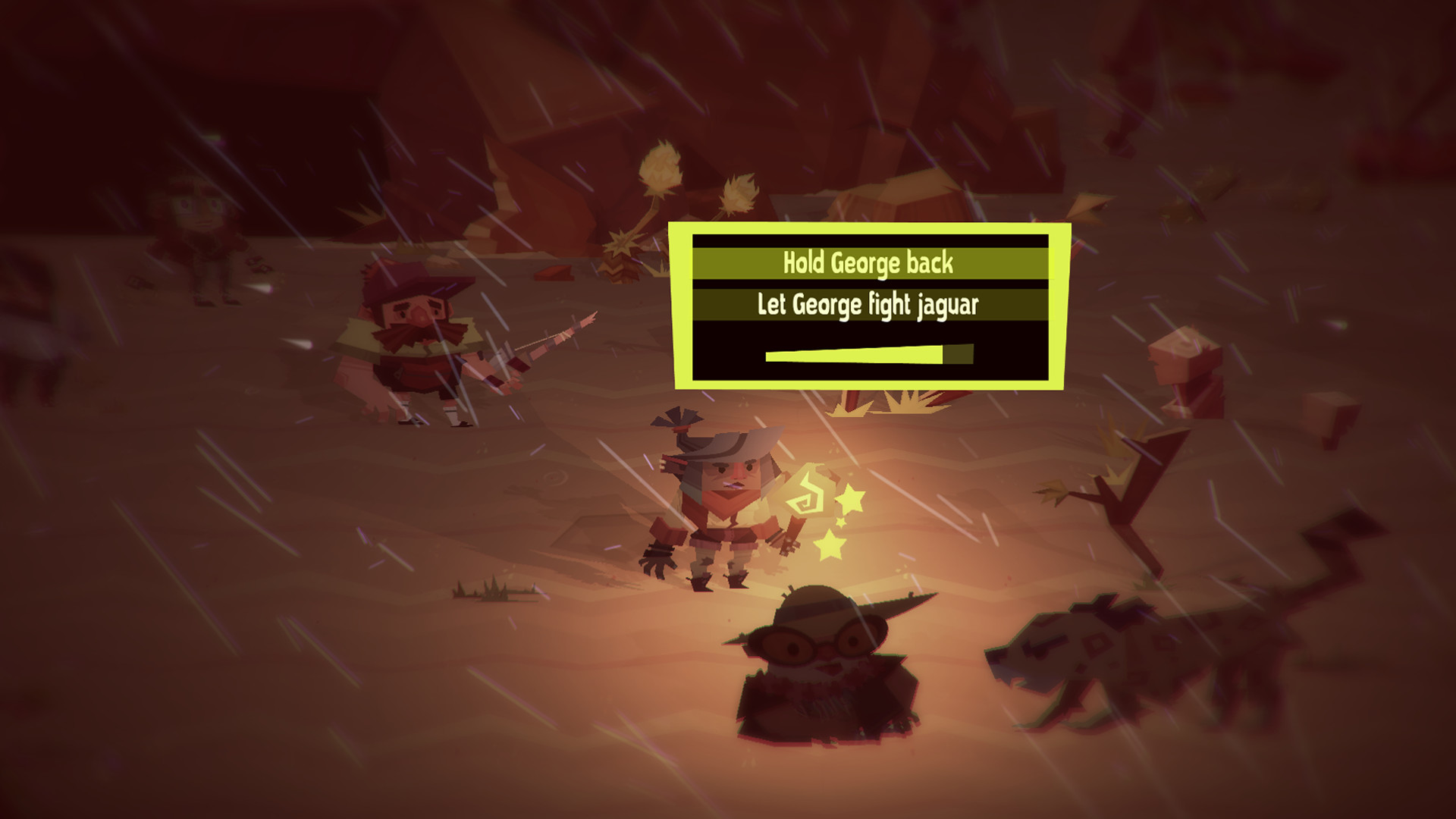 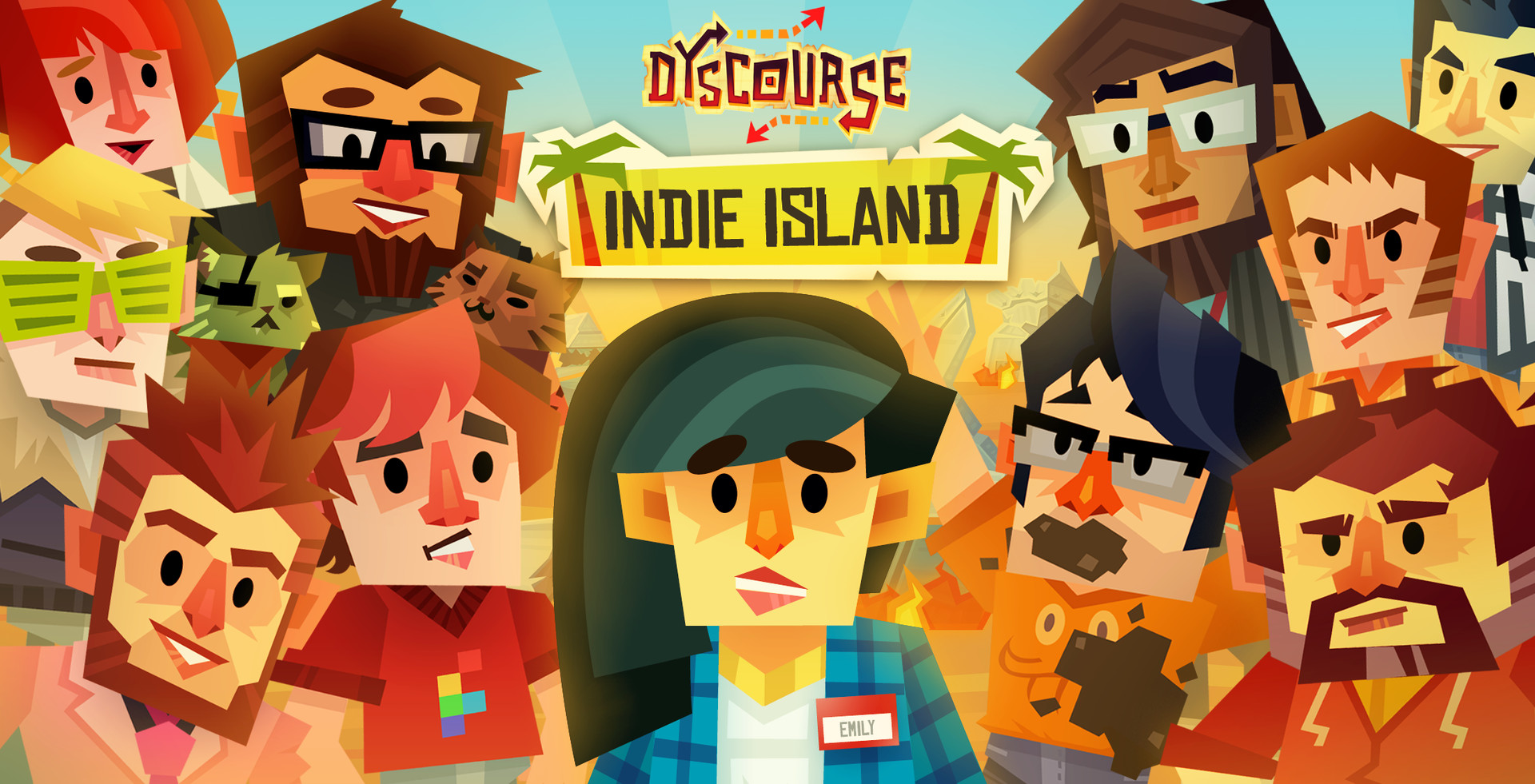 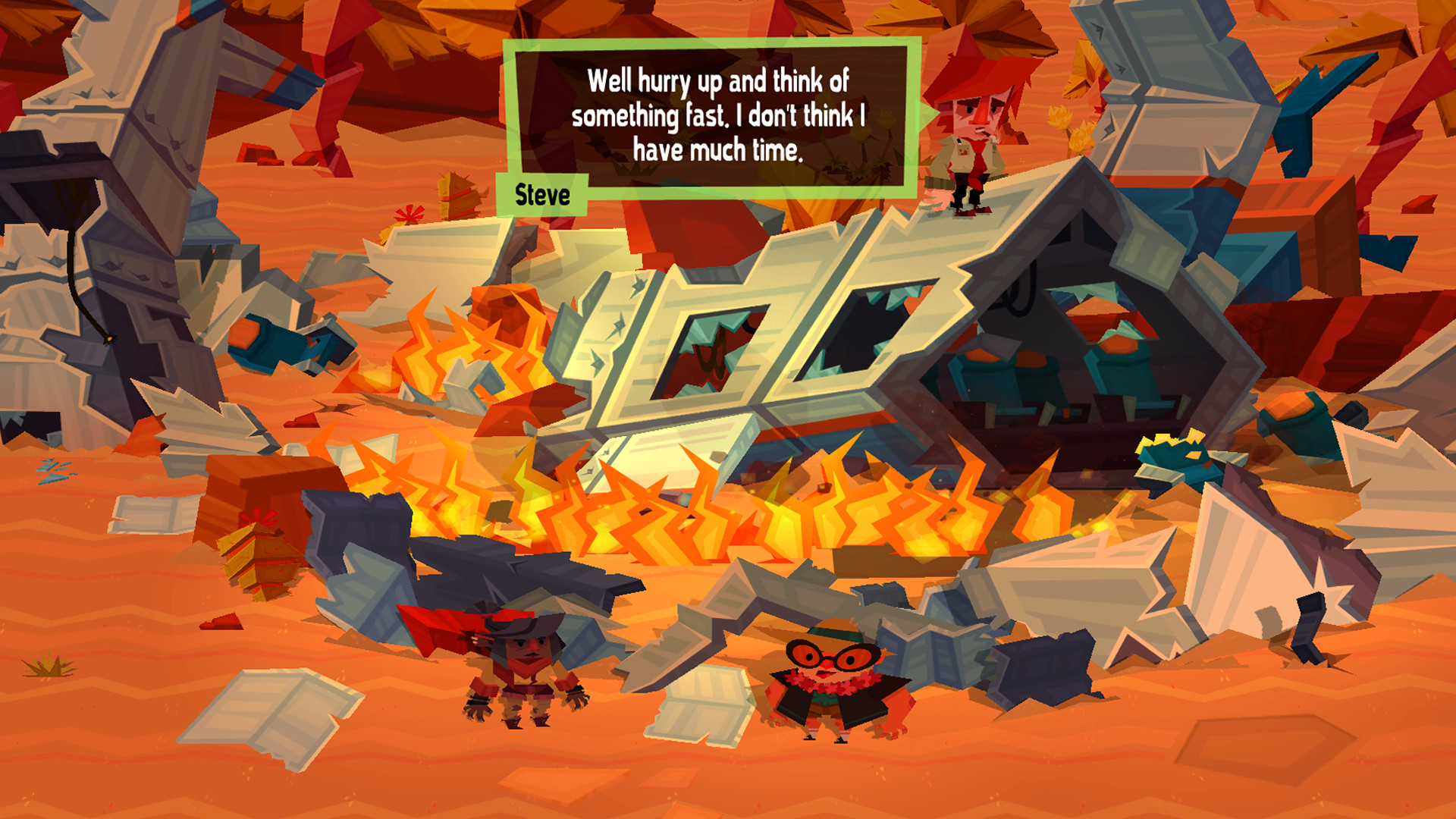 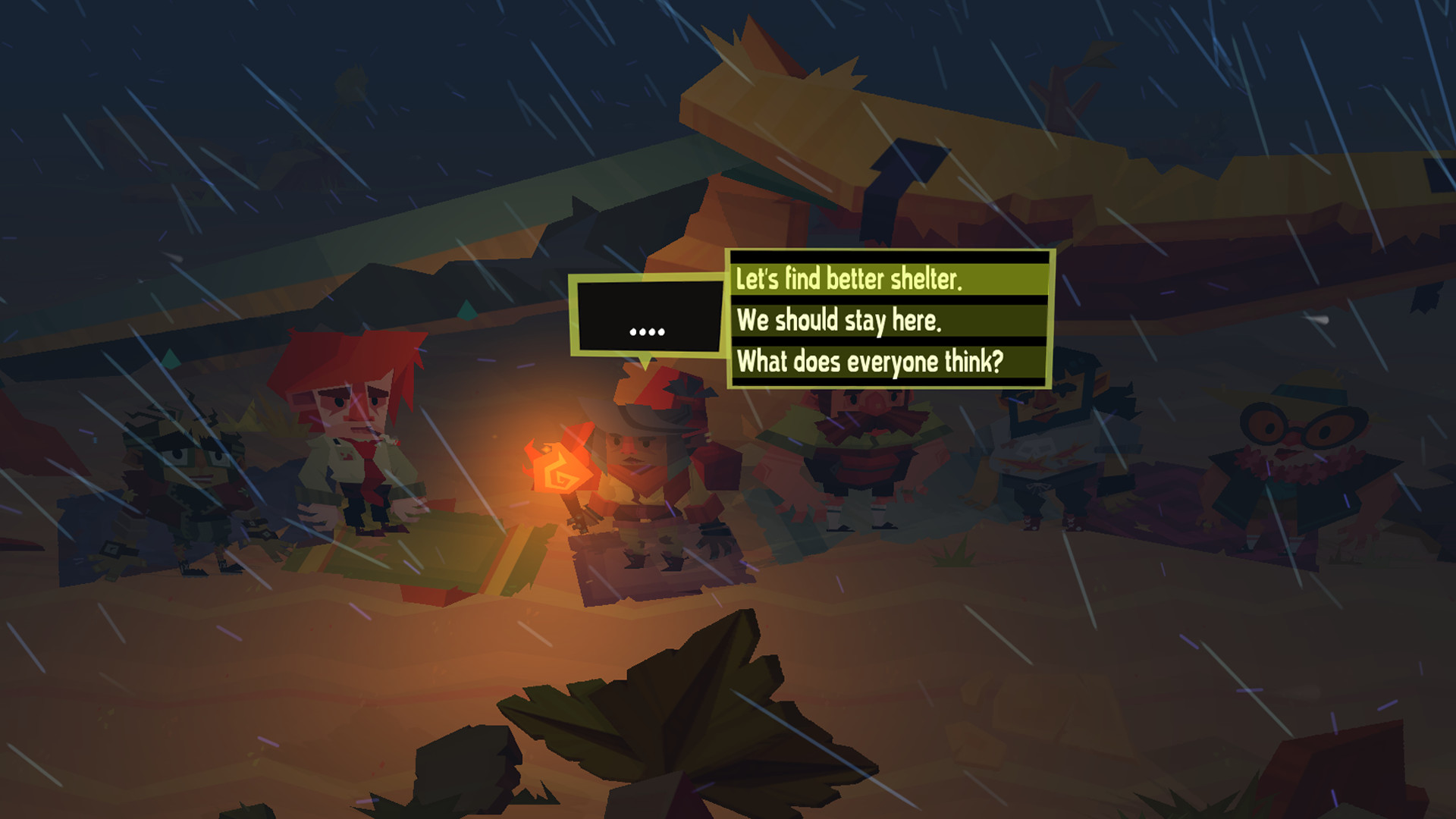 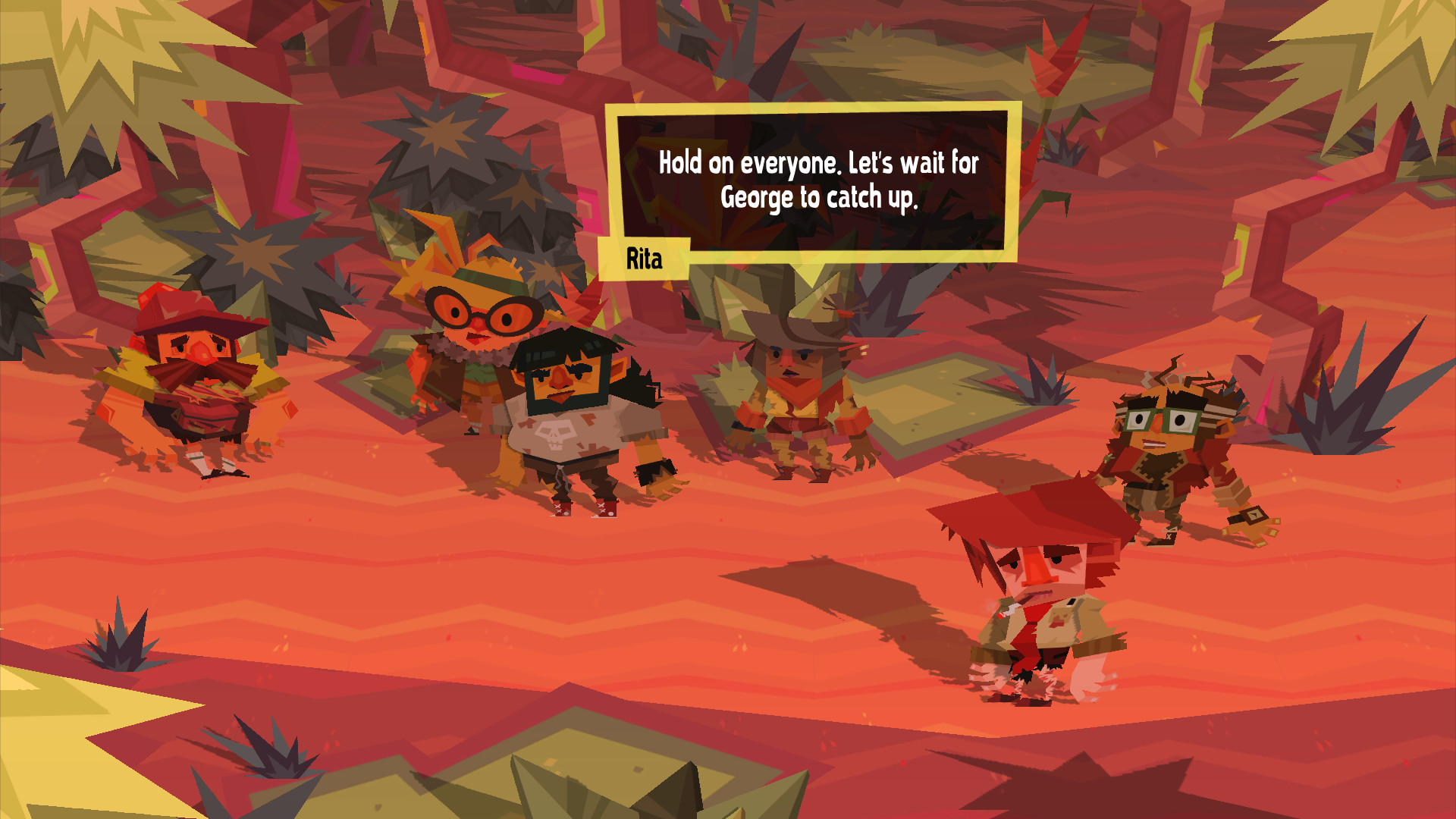 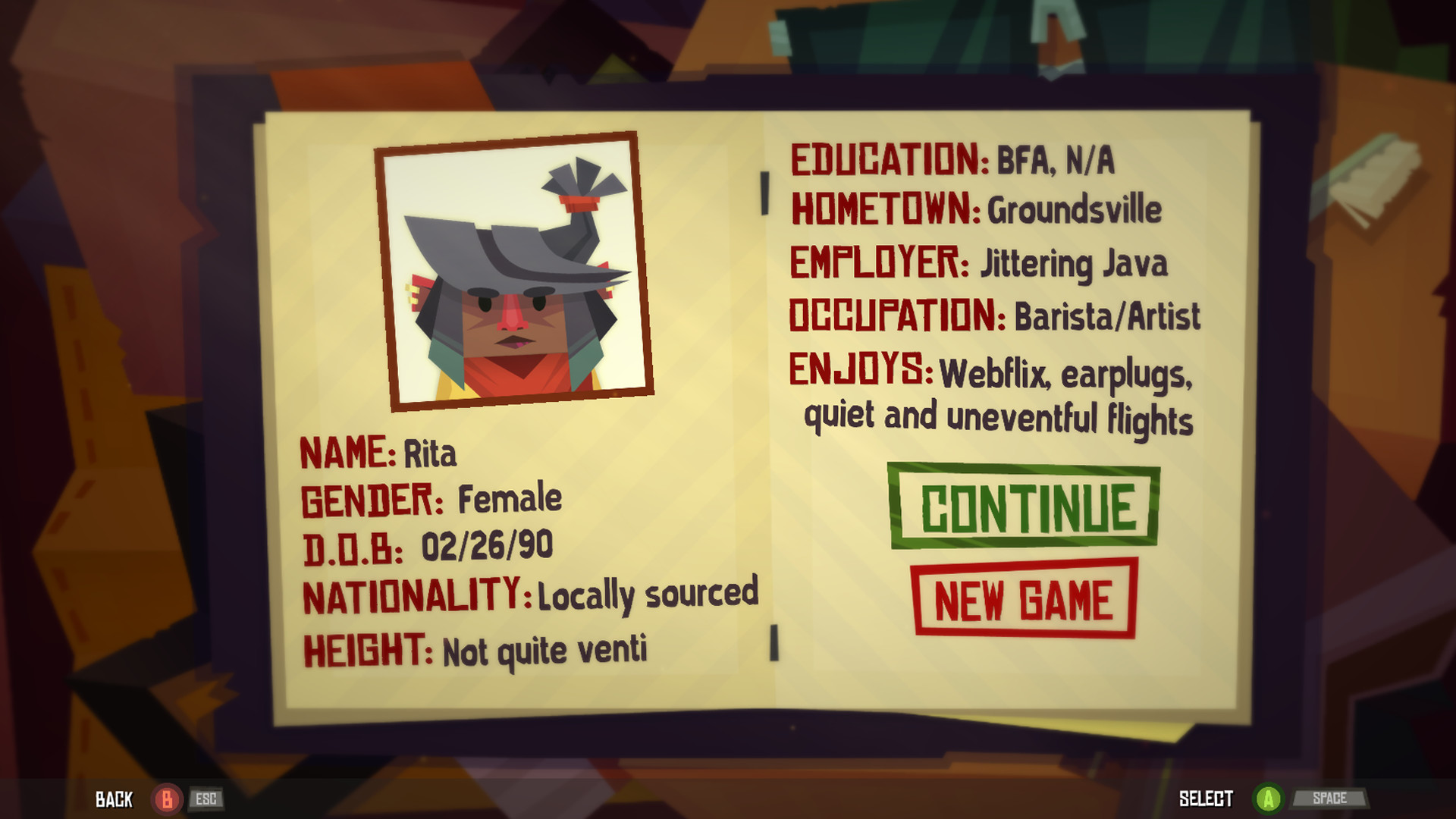 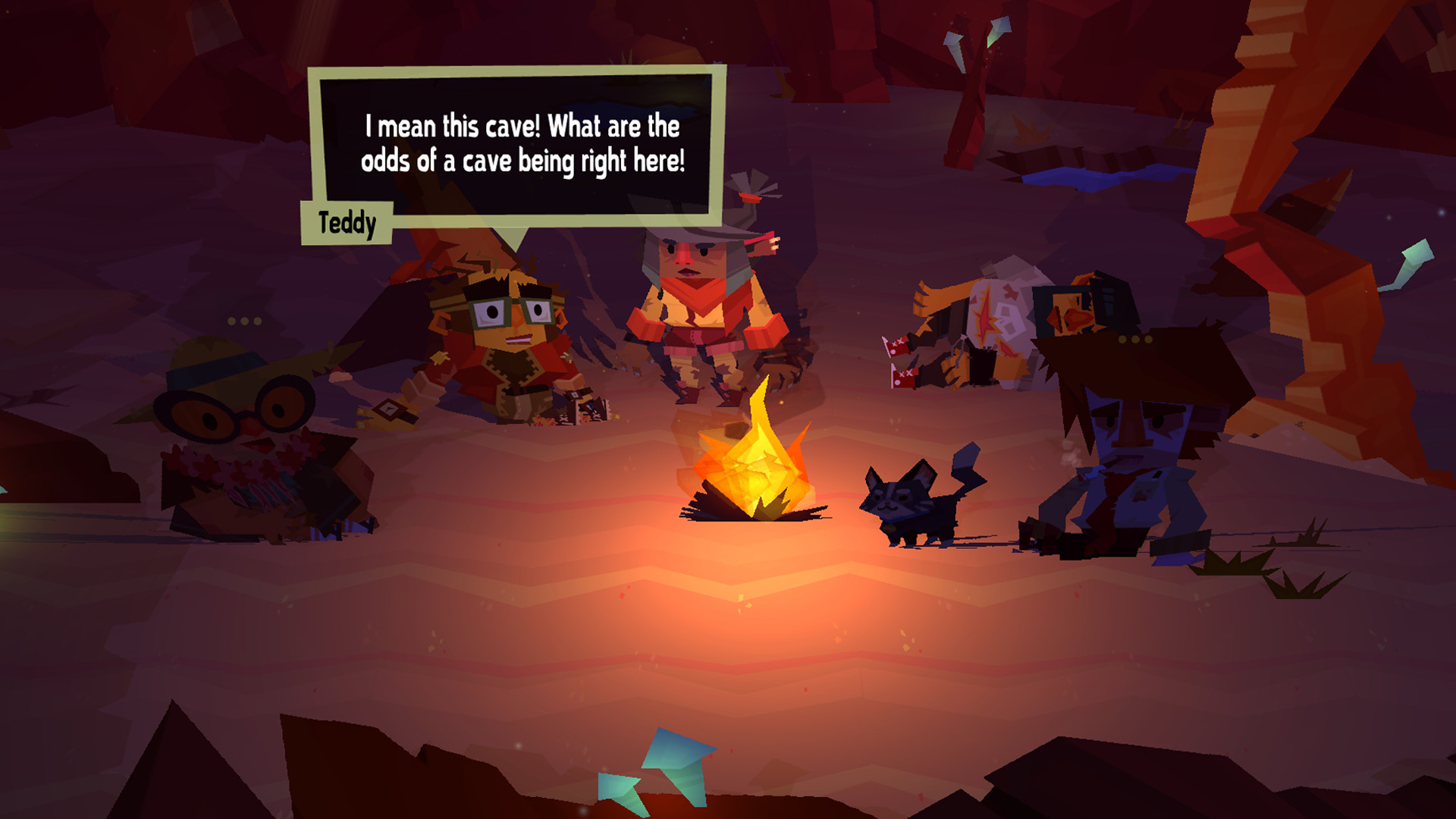 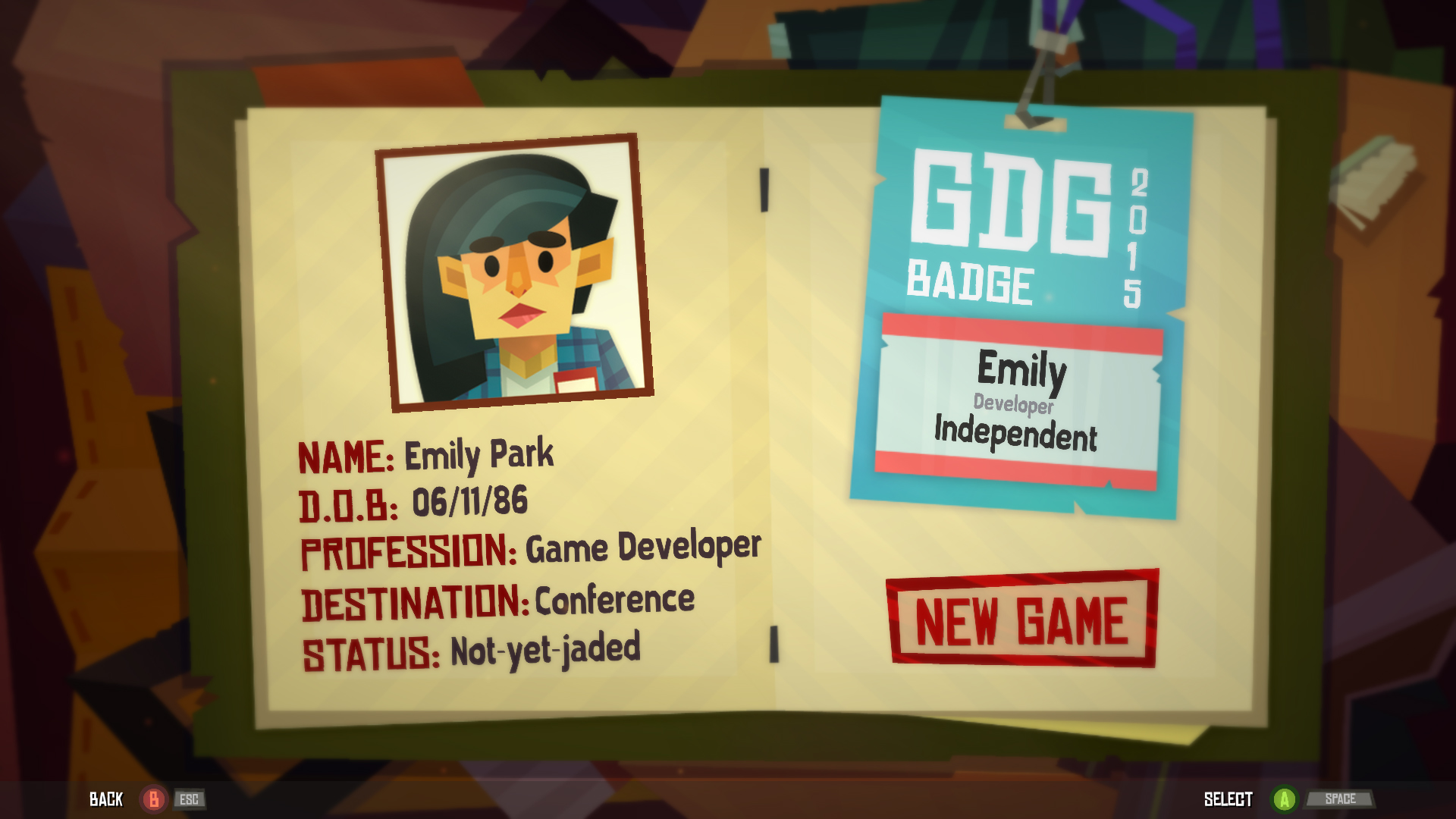 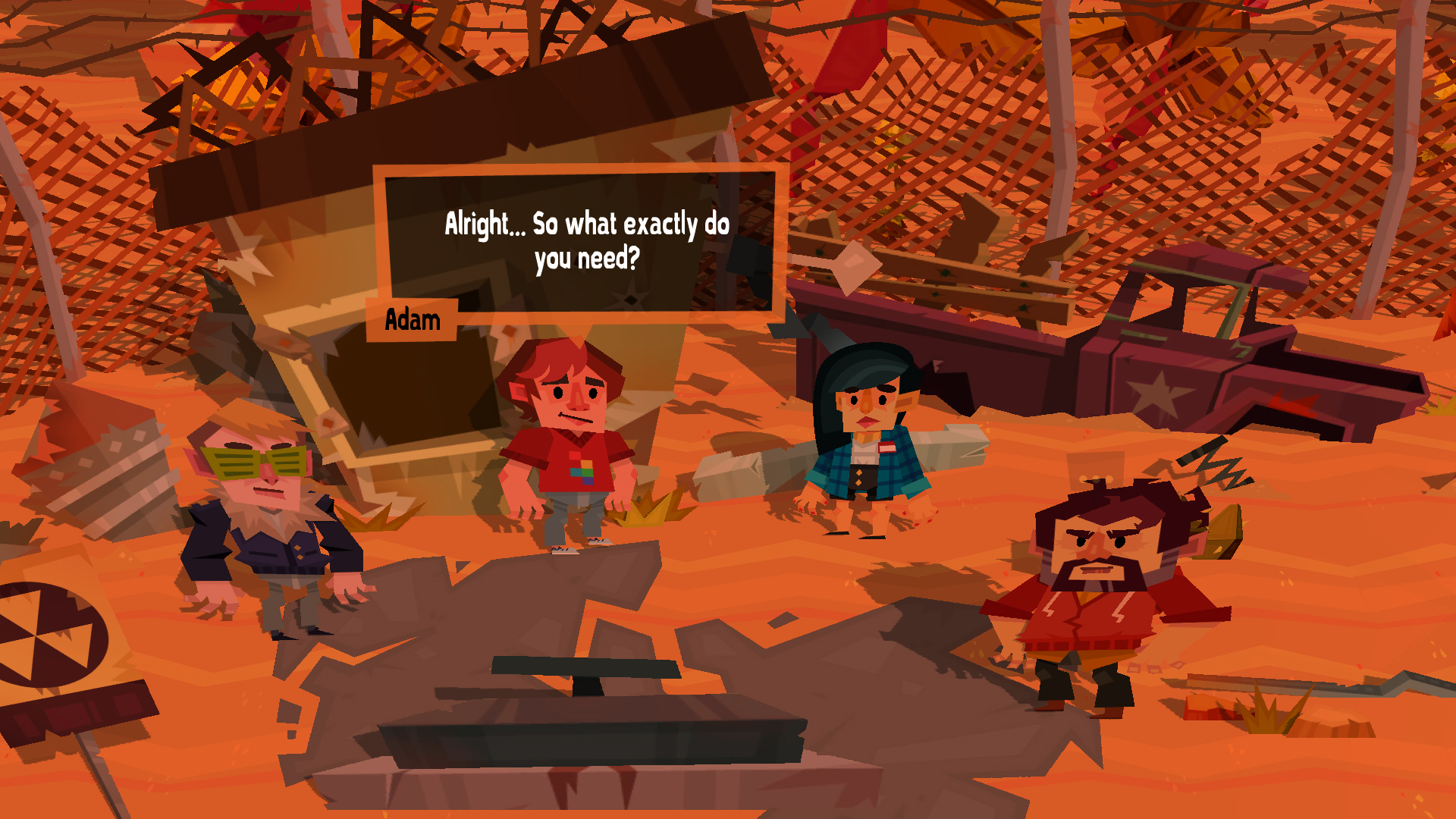 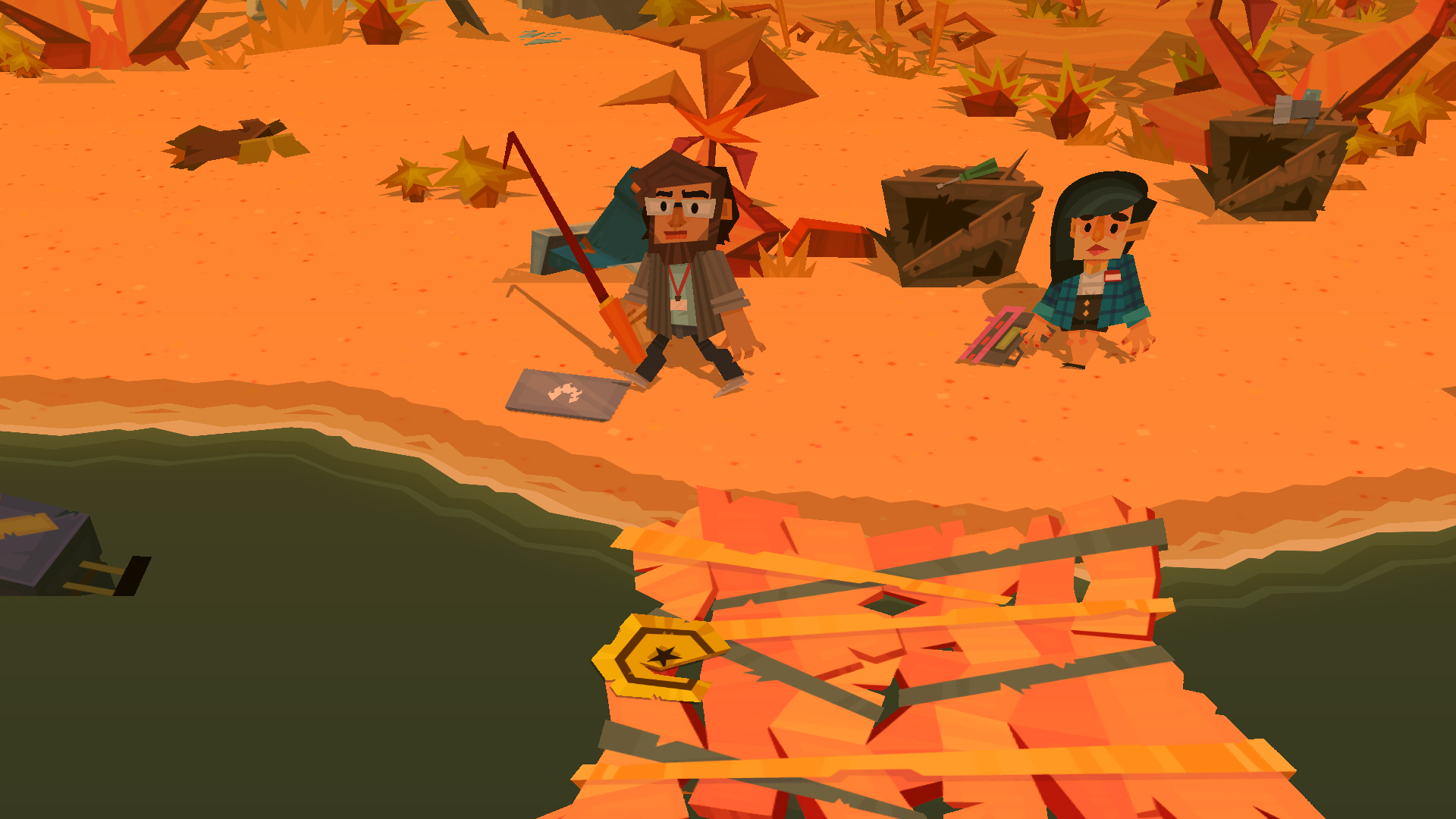 Stories in Dyscourse are emergent, and choices made in the game directly tie to the survival or downfall of the group. As players get to know their fellow castaways and make critical and interpersonal decisions, drama dynamically unfolds, and your choices author your own unique story.

We`ve designed Dyscourse so that players will end up with vastly different stories forged from their choices - everyone’s playthrough will have a unique story to tell. With over 120,000 words and many hours of replayable content, each playthrough allows players to explore more of the overall story space and learn more about the crash and their fellow survivors. There are no ‘good’ or ‘bad’ choices and endings to Dyscourse - how to best survive the island is a decision left up to the player. Choose wisely!

Indie Island! Now available! Indie Island is a bonus story for Dyscourse that features 10 prominent indie game developers stuck on an island together. After a GDC-bound flight took a turn for the worse, these ill-fated indies must now survive together, for better or for worse.