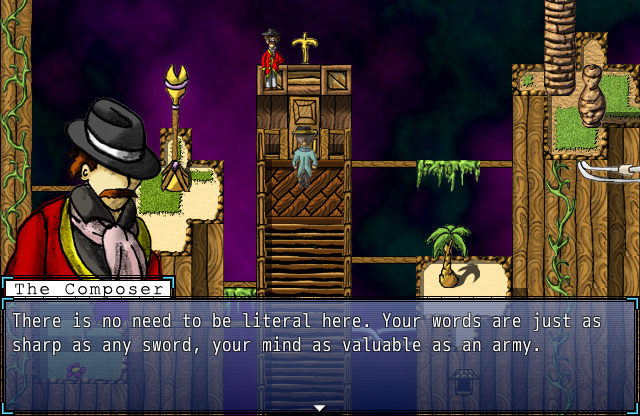 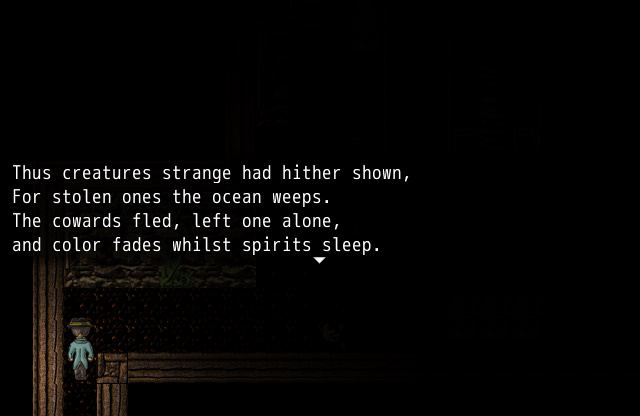 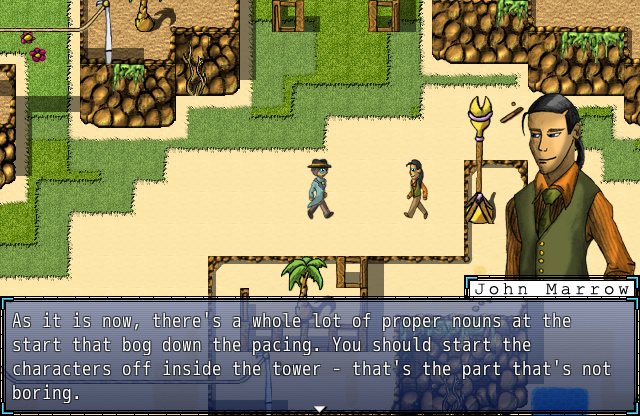 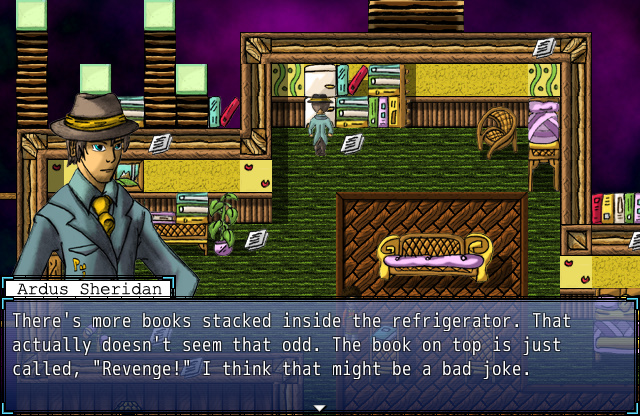 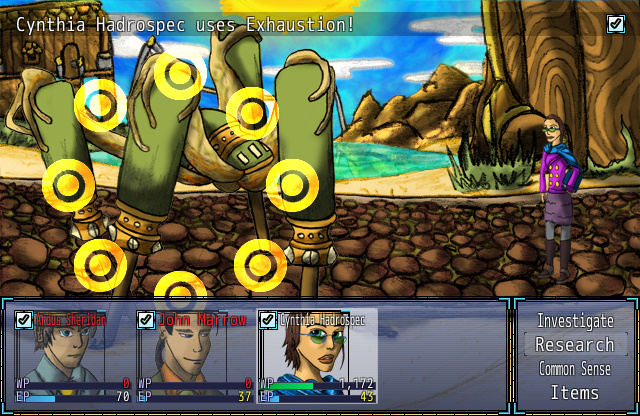 The Logomancer is a JRPG without killing. Conflicts are resolved through argumentation, logical discourse and persuasive speech. Mastering the elements of rhetoric will allow you to make your point to even the most stubborn audience. The people you meet are your `weapons` and the skills they teach your `magic`. Why not befriend an old editor and learn about the power of Proofreading? Or assist a schizophasic blacksmith to learn how to Doublespeak?

In the world of the Logomancer, everyone is connected to a communal dreamworld known as the Mindscape. During sleep, everyone interacts together inside this strange mental world. The mind is a powerful tool in the world of dreams and the few exceptional individuals with the ability to build dreamworlds for others to participate in are called Logomancers.

Using the classical elements of persuasion, social interactions become rhetorical battles. A `boss fight` could just be trying to convince a store owner to give you a new suit free of charge. This means that stats like `persuasion`, `confidence`, and `elocution` are much more important than `strength`, `dexterity`, or `magic attack`. If you`ve ever wanted to play a Final Fantasy 6-styled JRPG wherein you could improve your characters` Perspicacity, then this game is probably for you.

The Logomancer draws inspiration from the following sources, so if any of these pique your interest, there`s a good chance there`s something for you in this game: The Lost Room, Inception, Dark Souls, Final Fantasy 6, Persona 4, House of Leaves, Silent Hill 2, and the music of two DTs - Dream Theater and Dark Tranquillity.